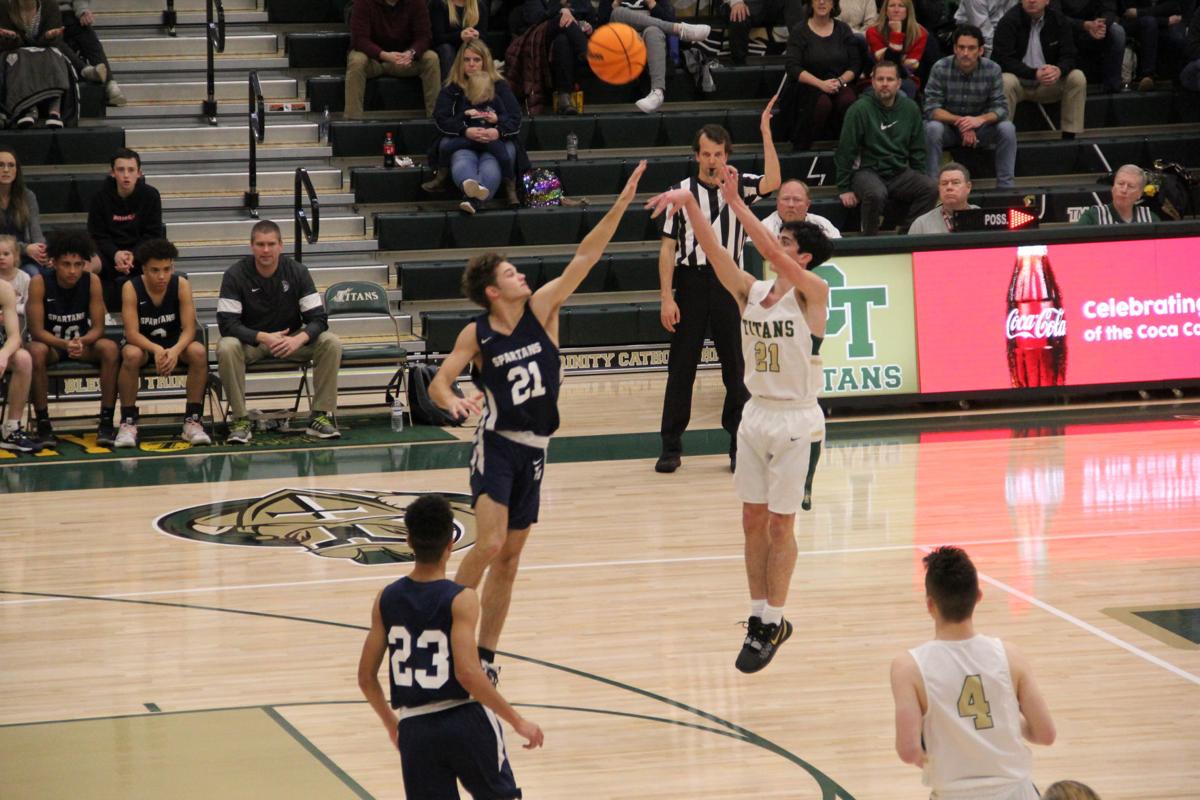 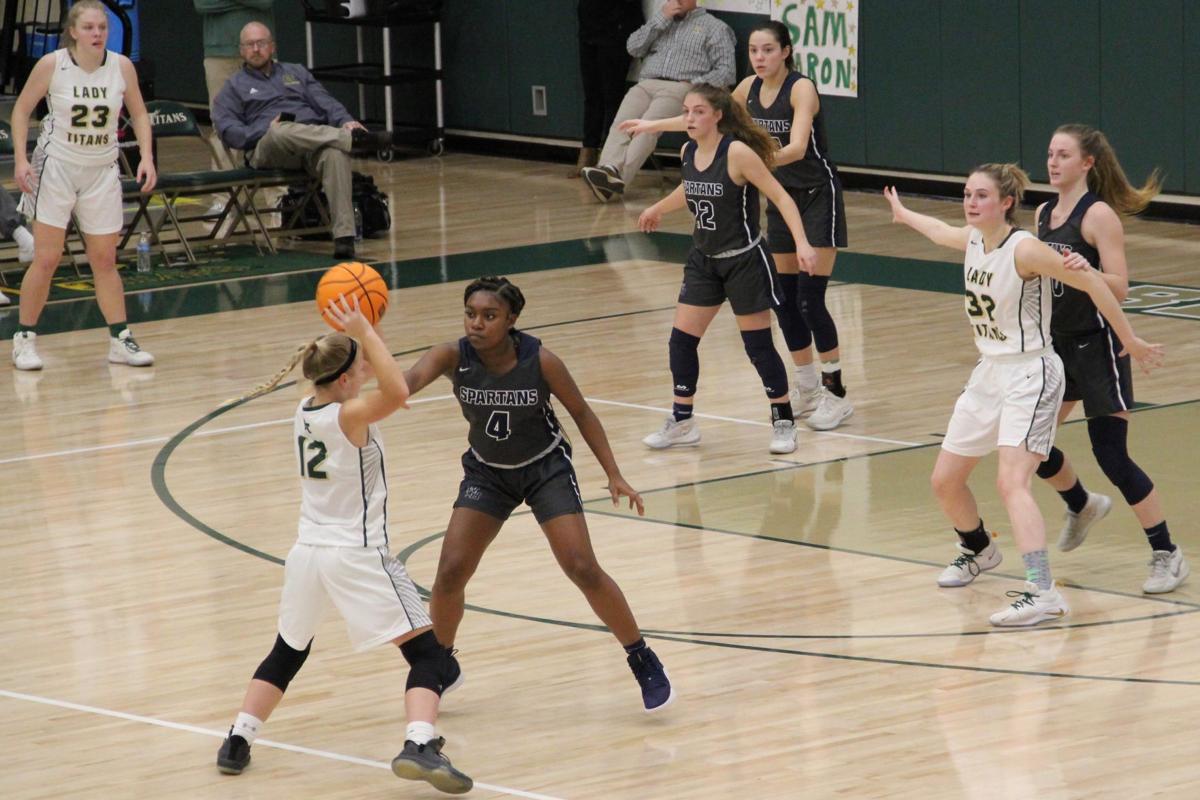 ROSWELL, Ga. — Blessed Trinity boys basketball outclassed West Hall in its final game of the regular season, although the game was a tale of two halves.

Final hoops games of the the regular season taking place across North Fulton and Forsyth Co. this weekend. I’ll be at Blessed Trinity tonight to catch @BT_Hoops take on West Hall. Girls tip at 6:00 and boys at 7:30. @joeparkerga @ar_herald @BTTitansAD

After an evenly matched first quarter, Blessed Trinity held a 17-14 lead, but West Hall’s bench caught fire in the second to give the Spartans a 30-27 lead at the half.

Senior Justin Zimmer led BT’s offense early with 11 points in the first quarter on senior night, but it was the one non-senior in the starting lineup who stole the show in the second half. Junior point guard Jax Bouknight led all scorers in the game with 22 points, 10 of which came during the Titans’ explosive third quarter.

“He’s really good,” Moses said. “He’s our offense. He’s averaging about 19 points per game for us. And when he gets motivated to play defense, that’s when you have to watch out.”

The Titans erased West Hall’s lead in the third to take a commanding 53-35 lead entering the fourth quarter. All momentum belonged to the home team at that point, and the Titans made sure they kept it that way.

For Blessed Trinity, the win improved their record 15-8 overall and 10-2 in region play and ensures they’ll be the No. 2 seed in the upcoming Region 7-AAAA tournament. Both of the Titans’ region losses came against No. 1 Denmark, who finished undefeated in region play.

But the team that took the floor Friday night for the Titans is a vastly different one than what was seen earlier this season. Bouknight has returned from a concussion that sidelined him in the beginning of the season, and Bryant returned from his duties on the Titans state-champions football team in late December.

Before they reach a possible rematch with the Danes, Blessed Trinity will have to get past a couple of opponents. The Titans take on Flowery Branch (0-23, 0-12) in the first round of the region tournament.

“We’ve just been focused on defense and getting stops,” Moses said. “We’re trying to keep teams in the 40’s and be in the 50’s on offense. Like I said, we’re a peaks and valleys team. If we’re in the valley, it’s going to be a tough game. If we can peak and stay there, I like our chances.”

The Blessed Trinity and West Hall girls got off to a fast start, but neither had much offensive success. Both teams started the game in a full-court press, resulting in a fast-paced first quarter with turnovers abound.

The Titans trailed by three points, 9-6, at the end of the first quarter.

Blessed Trinity’s offense began finding its groove in the second quarter, and the Titans ended up taking the lead before halftime. Titans senior Erin Hynekamp led all scorers with 7 points, and junior Emma Jacobs finished with 10 rebounds in the half.

The Titans extended their lead after halftime with a 22-point third quarter. Hynekamp, the lone senior on their roster, put on a show on senior night. The lefty couldn’t seem to miss, scoring 14 points off seven baskets in the third period.

The Titans led 39-26 after three quarters, and they were able to hold on to the lead in the fourth to earn a victory in their regular season finale.

Hynekamp put the finishing touch on her senior night with a few rebounds in the fourth to finish with a double-double (23 points and 10 rebounds). Jacobs finished the game with nine points and 15 rebounds.

“It was great for Erin to step up and play big for her team,” Blessed Trinity head coach Tim Rountree said. “Being our lone senior, this was her moment to shine tonight. She really stepped up as a leader and captain and played tremendous for us. I’m just so proud of her. To get a win on senior night in her last time playing in Titans gymnasium, we’re really happy for her.”

For Blessed Trinity, the win over West Hall could end up improving their seed in the region tournament.

The Titans finished 8-15 overall and compiled a 3-9 record in region play, tied with Denmark. A tiebreaker, which Rountree said might end up being a coin toss, will determine who gets the fifth seed and who gets the sixth seed. West Hall finished winless in region play and will be the seventh and lowest seed in the upcoming region tournament.