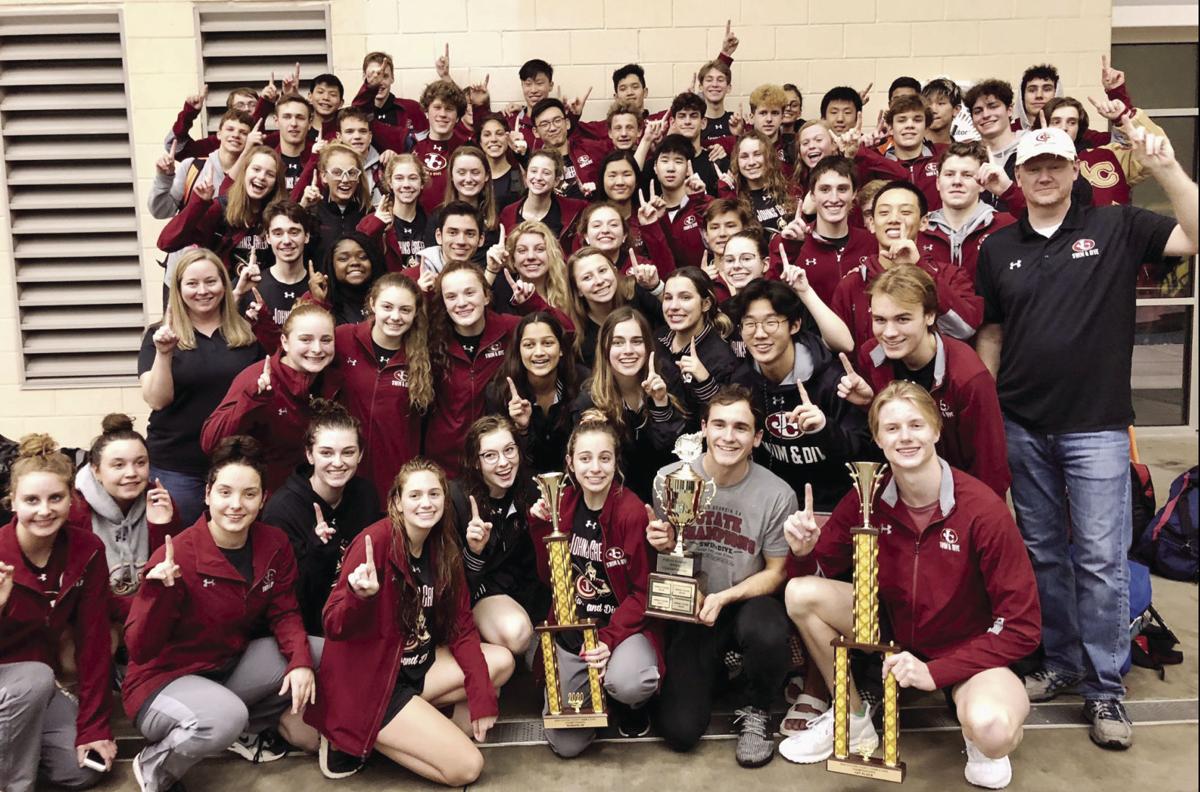 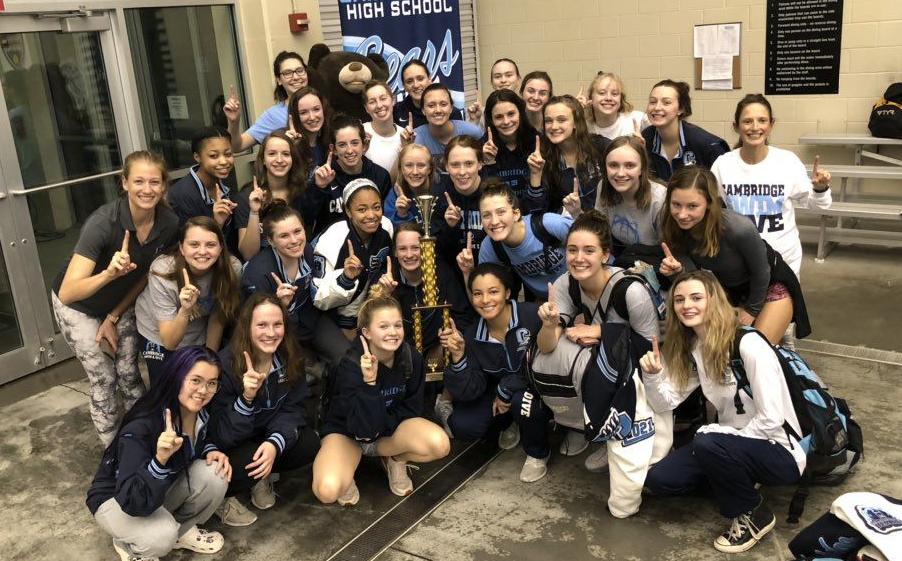 The meet was also the fastest on record with swimmers breaking 12 of the 24 meet records.

Johns Creek continued its overall dominance of the meet by capturing its fifth straight title in combined girls and boys scores. The Gladiators bested Alpharetta by 87 points for the overall title.

The combined championship was powered by several wins by the boys team, which led the field by 82 points with several individual county titles.

Johns Creek’s 200-yard freestyle relay team of David Hsi, Taylor Eaton, Andrew Simmons and Jason Steel captured the top spot on the podium with a meet record 1:26.83, nearly two seconds ahead of Alpharetta in second. In the 400-yard relay, the team placed second.

Simmons earned another meet record by capturing the 100-yard backstroke title over three seconds ahead of Eaton in second. The junior was runner-up in the 200-yard freestyle race.

Steel placed as runner-up in two individual events, the 50-yard and 100-yard freestyle. Eaton was second in the 200-yard individual medley, and Hsi, a senior, won the 100-yard fly county title.

Freshman Britton Spann finished fifth in the 500-yard freestyle ahead of teammates Nathan Parez and Margarite. Spann was third in the 100-yard breaststroke.

Though the Johns Creek girls came up short of their 10th straight girls county championship, their strong showing allowed the Gladiators to take the championship in combined scores.

Senior Adeline Farrington paced the field in the 200-yard individual medley and set a meet record of 2:05.02, over two seconds ahead of the next competitor. She also placed second in the 100-yard breaststroke.

Despite a strong performance, the Johns Creek girls came up short of the girls championship to Cambridge, who beat out the Gladiators by 37 points.

The 200-yard medley relay team of Sophie Brison, Jayla Brown, Claire Kerber and Abigail Grottle broke the meet record by over two-tenths of a second to top the podium.

The same grouping set another meet record to win the 400-yard freestyle relay title, besting the field by over three seconds.

Grottle topped off her standout performance with another meet record in individual competition. The senior placed first in the 200-yard freestyle and earned a meet record time of 1:54.28. Grottle added a fourth championship by taking the top spot in the 500-yard freestyle race. Grottle has won the Fulton County championship in the two events for three straight years.

Brison, a freshman, captured the Fulton County title in the 100-yard backstroke ahead of teammate Eva Medici in third. Brison was runner-up in the 200-yard individual medley.

Brown placed second in the 100-yard freestyle with teammate Emma Guy in third.

Kerber was county runner-up in the 100-yard freestyle and Kate McKay placed fourth in the 1-meter dive.

Alpharetta had strong showings from its boys and girls teams and finished second in combined scores.

The 400-yard freestyle relay team of Jerry Wu, Charles Lu, Nathan Jin and Phillip Kuznetsov beat the previous meet record by over half a second with a 3:10.65 to best the field.

Jin and Lu each captured individual titles with Jin pacing the field by two seconds in the 200-yard individual medley and Lu earning the 100-yard freestyle title.

The Alpharetta girls were led by several county titles, including three from freshman Lauren Hinton. Hinton swept the freestyle competition, standing atop the podium in the 50- and 100-yard events. She also competed on the 200-yard freestyle relay team with Alicia Henry, Alex Clark and Audrie Uphues. The team broke a meet record set in 2013 by over two seconds to take the county title.

Clark added to her championships with the title in the 100-yard fly. She also placed second in the 200-yard freestyle.

Henry also captured an individual title for the Raiders in the 100-yard breaststroke.

Allie Traugott scored nearly 18 points over the second-place finisher in 1-meter dive to take the championship.

Henry, Clark, Hinton and Ava Paikeday were second in the 400-yard freestyle relay.

Sebastian Sergile led the Knights with championships in the 200- and 500-yard freestyle races.

Camden Bowers was county runner-up in the 1-meter dive ahead of teammate Ben Engel in third.

Charles Nelms had the best overall finish for the boys team, placing fifth in the 1-meter dive.

With a limited field of competitors, Northview bested Westlake for eighth in combined scores.

The girls were led by Emily Wei who captured a fifth-place finish in the 100-yard backstroke. Wei, Kate Wilson, Hannah Roberts and Lauren Lynch were 10th in the 400-yard freestyle relay.

You may be working from home today. Most employers have prepared employees to work from home… Read more