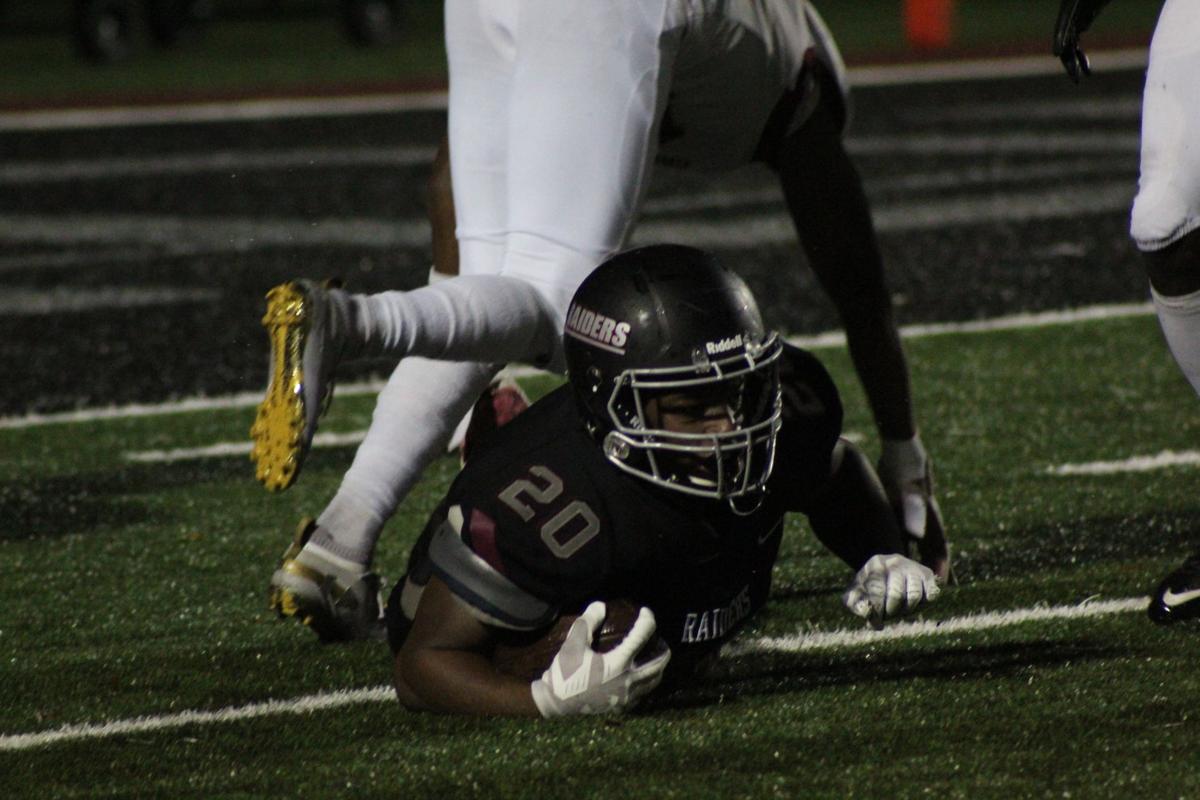 Kristofer Thomas is taken down on a kickoff in the Raiders' 28-0 loss to Creekside. 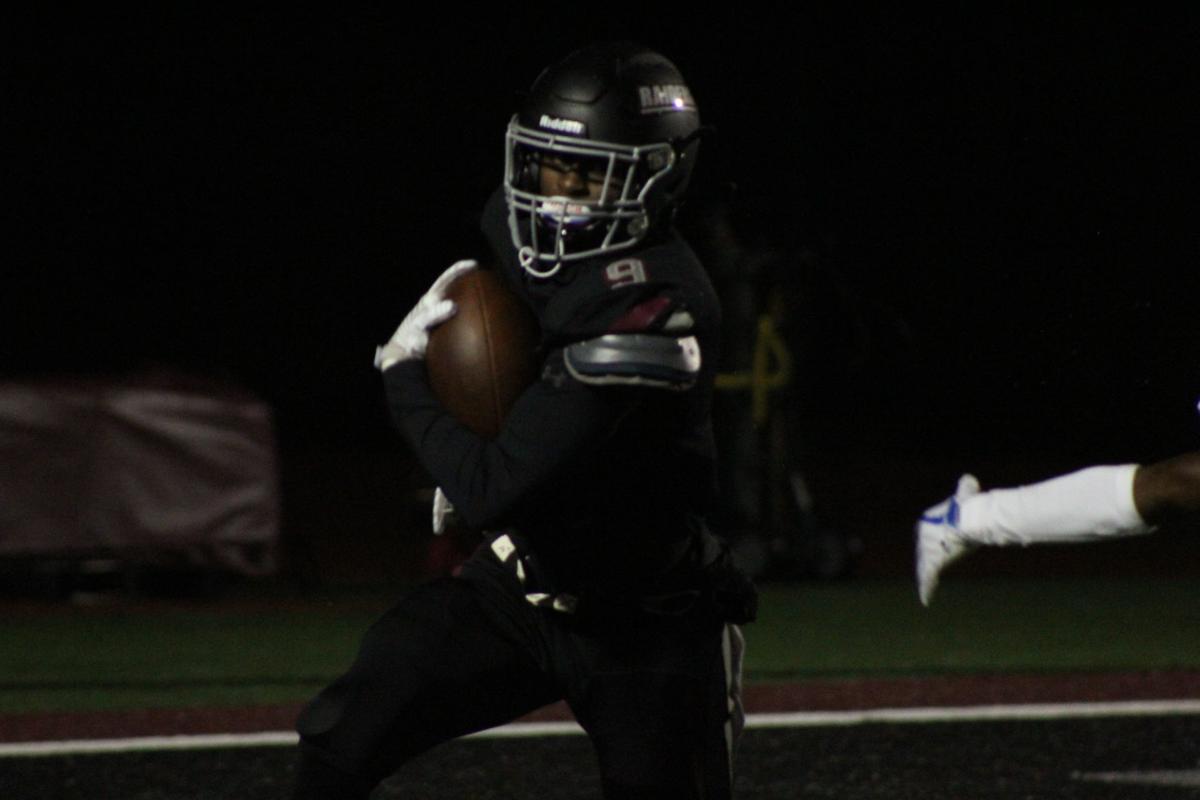 Dylan Merrell rushes the ball. Merrell had 33 yards rushing against the Seminoles. 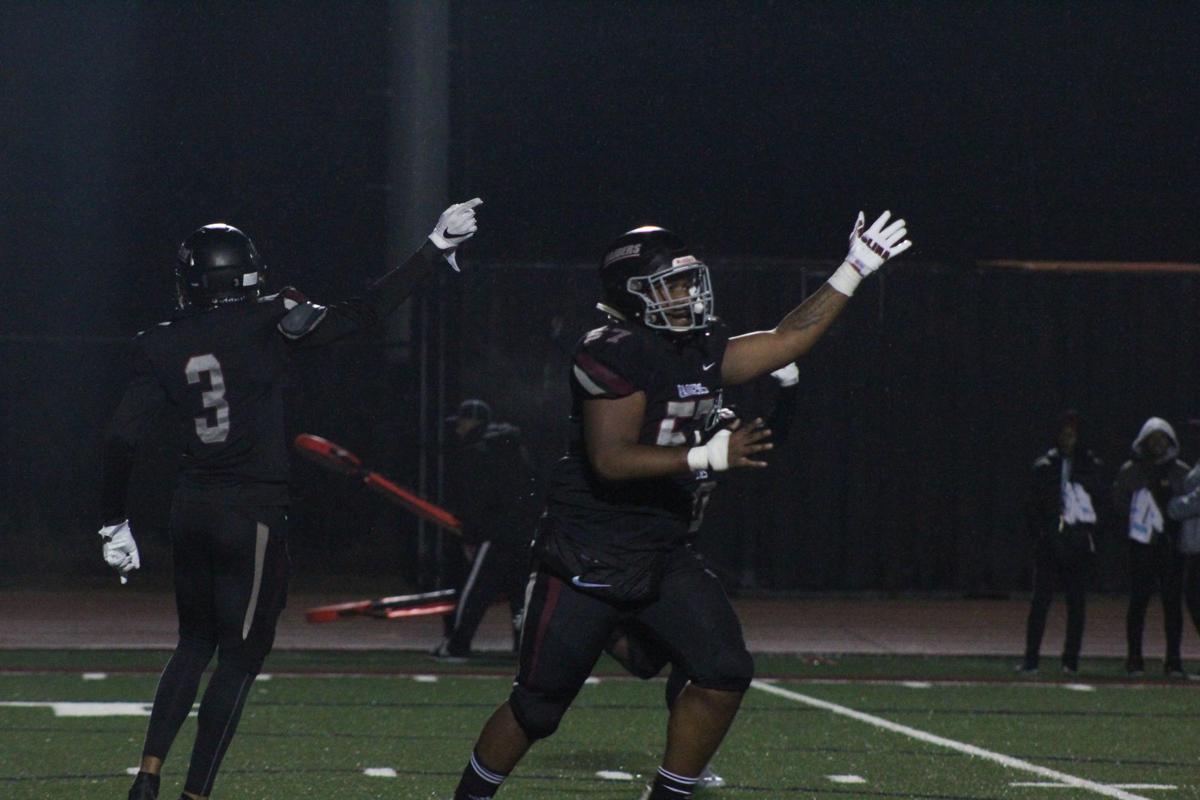 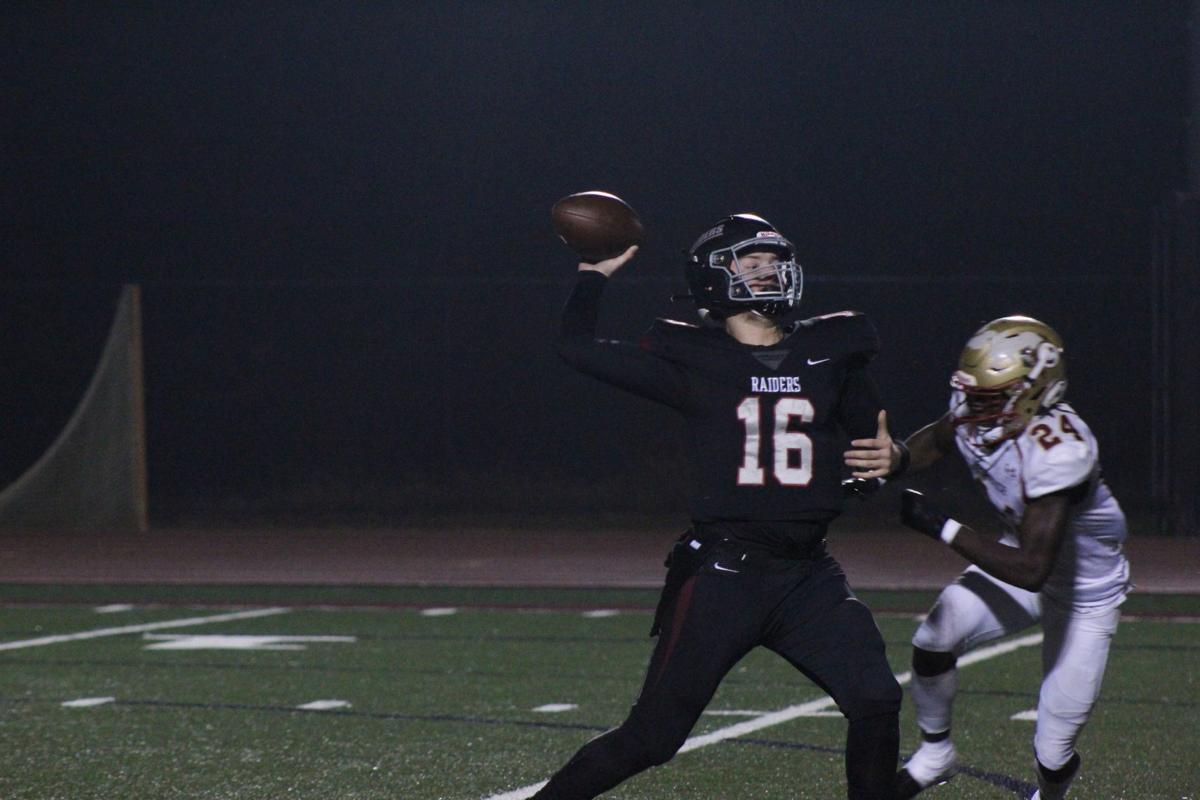 Quarterback Will Gerdes was under pressure throughout the night. The senior completed just three passes for six yards.

Kristofer Thomas is taken down on a kickoff in the Raiders' 28-0 loss to Creekside.

Dylan Merrell rushes the ball. Merrell had 33 yards rushing against the Seminoles.

Quarterback Will Gerdes was under pressure throughout the night. The senior completed just three passes for six yards.

ALPHARETTA, Ga. — Alpharetta’s 2019 campaign ended on a sour note Friday with Creekside shutting out the No. 2 seed Raiders in soggy and foggy conditions.

“[Creekside] was fast, they were physical, they were athletic,” Alpharetta head coach Jacob Nichols said. “We knew all that stuff coming in, but we didn’t execute our game plan like we hoped.”

“We started off with our game plan and it was not real effective, so we made some adjustments, which actually down the road worked, but when they are bringing more than you can block, there’s only so long you can hold up against that,” Nichols said. “We had a couple prime opportunities and we couldn’t cash in on them, and when you can’t do that, you’re not going to win a lot of football games.”

One squandered chance came midway through the second quarter after an interception from Alpharetta’s Nicholas Haven. The pick set up the Raiders on the Creekside 33-yard line, but an 8-yard loss on a run play and two incomplete passes forced Alpharetta to punt.

Another missed opportunity came just seconds into the third quarter. With Alpharetta trailing 8-0, Creekside was called for a 15-yard facemask penalty and 15-yard personal foul on the kickoff to set up the Raiders in Seminoles’ territory. But on the ensuing play, Will Gerdes was intercepted, setting up a 5-play, 51-yard scoring drive from Creekside to push the margin to 15-0.

The Raiders also had several dropped passes, including a sure touchdown with Alpharetta trailing by three scores in the fourth quarter. Alpharetta also failed to take advantage of three Creekside turnovers in the first half.

Alpharetta’s defense held up to Creekside’s rushing attack, but the Seminoles continued to chip away in the second half. Midway through the third quarter, Creekside took advantage of a short field and drove in 32 yards to extend its lead.

The Seminoles iced the game by running off over six minutes of the fourth quarter on a 13-play, 66-yard drive kept alive with a personal foul against Alpharetta after the Raiders had made a stop just outside the red zone.

Creekview senior Tyler Malone, who entered the game with 1,336 rushing yards and 15 touchdowns, led the Seminoles with 164 yards on the ground and a score.

The Seminoles took a 6-0 lead early in the second quarter with a 6-yard touchdown run. On Alpharetta’s ensuing drive, Gerdes was intercepted but made a touchdown-saving tackle on the 2-yard line. Two plays later, the Raiders’ Jude Moore recovered a Creekside fumble, but the Seminoles stuffed Alpharetta’s run to force a safety on the next play.

Alpharetta ends it’s 2019 campaign with a 7-4 overall record. After starting the season with two shutout losses, the Raiders rebounded to go 7-1 in Region 7-AAAAAA play and capture the No. 2 seed.

Friday’s loss marks the second straight year Alpharetta has been ousted from the playoffs in the first round.

For his seniors, Nichols had a simple message following the loss.

“I told them to keep their head up,” he said. “Losing tonight is no different than losing in December. You’re going to remember it for the rest of your life, just like I do, just like everybody who’s ever played the game does. Keep your head up and focus on the future, because there are better days ahead.”

Johns Creek girls get back to winning ways over Dunwoody