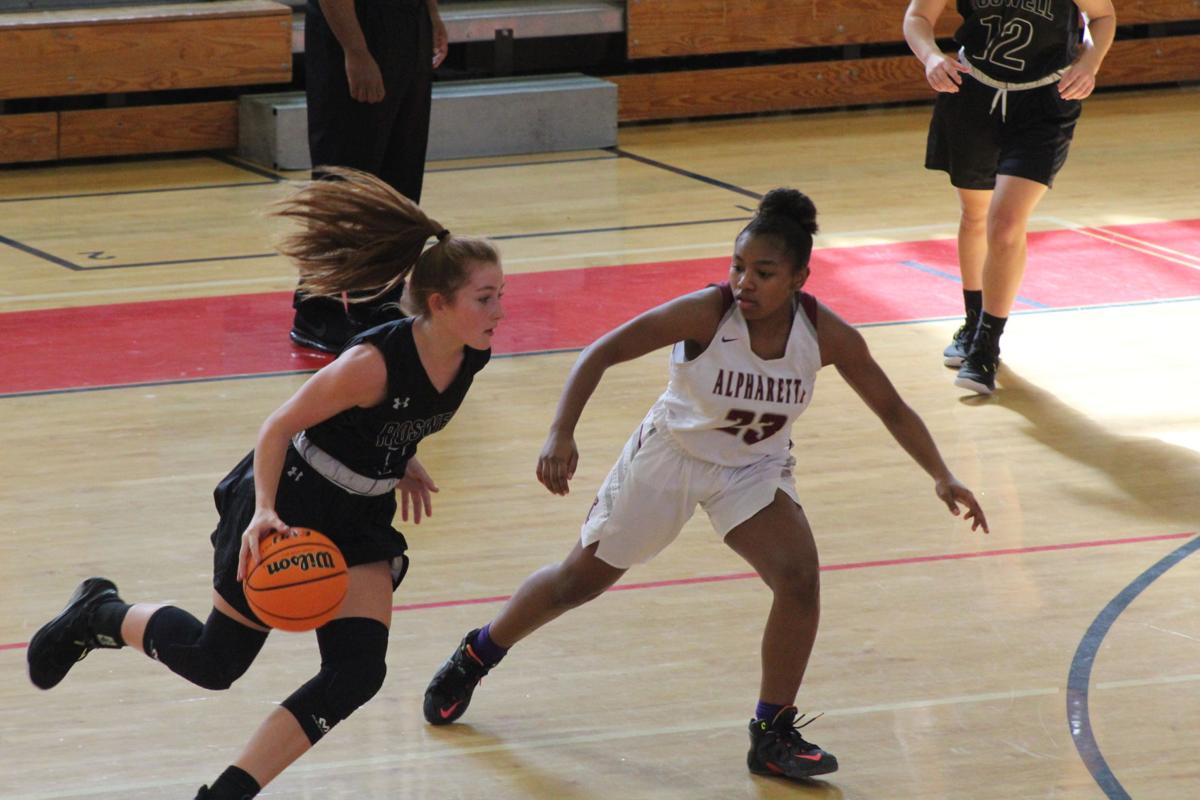 Roswell's Maren Cline drives the ball while Alpharetta's Nazerath Martinez (23). Cline led all scored with 13 points in the Hornets' 57-32 win. 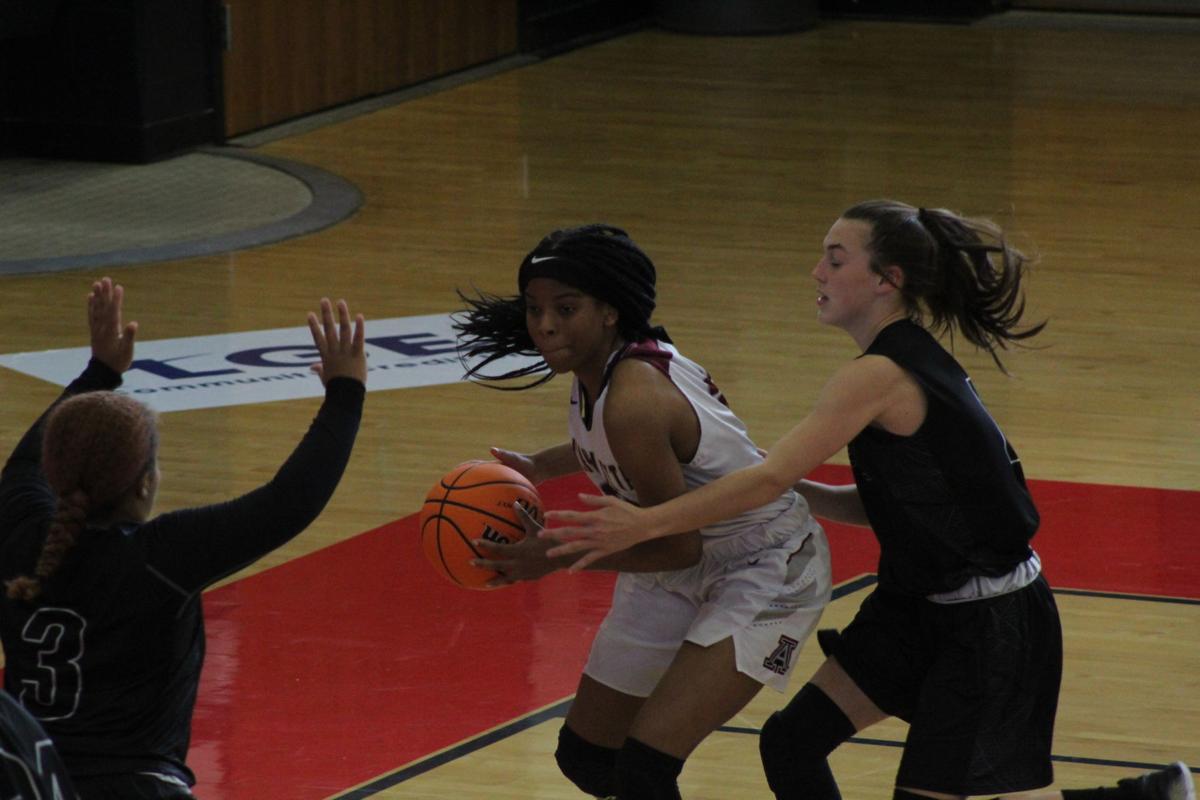 Jayda Smith drives to the basket against Roswell defenders.

Roswell's Maren Cline drives the ball while Alpharetta's Nazerath Martinez (23). Cline led all scored with 13 points in the Hornets' 57-32 win.

Jayda Smith drives to the basket against Roswell defenders.

MILTON, Ga. — Roswell girls basketball improved to 8-1 Saturday afternoon with a lopsided win over Alpharetta at the Survivors and Champions Classic at Milton High School.

The Hornets were led by a stout defensive performance that held the Raiders to single-digit scoring in three quarters and 19 points below their season average.

“We played tough defense and pushed the tempo like we wanted to and got out to an early lead,” head coach Antonio Wade said. “We made some mistakes and missed some shots, but we got some young girls in there to get some minutes, so overall I was very satisfied.”

Freshman guard Maren Cline led the Hornets in scoring with 13 points, and she added five rebounds with three steals.

Sophomore forward Ella Boyle, who is averaging a double-double this year, score seven with 10 rebounds, two steals and a block.

Roswell jumped out to a 20-6 lead in the first quarter and outscored the Raiders in each quarter. The Hornets led 31-16 and began the third quarter with a 13-6 run, and bested Alpharetta’s scoring by six points in the final period to seal the win.

Wade said his team’s defense has been a strong suit of the team this year, and he is pleased with his squad’s overall performance so far this year given their youth.

Torrence leads the Hornets in scoring with seniors Manley and Jasmine Frierson averaging nine points per game, and Wade said Cline and Boyle have also made their mark on the court this year.

“While those players have stood out, really it’s been a team effort,” Wade said. “Katie Northernor and Ashley Meyers, who are both freshmen, have given us good minutes off the bench with Liat Klemm. It’s been a good mixture of those seniors with the young girls that have gotten us off to a great start. I’ve been surprised, honestly, because we are so young, but girls are giving it their all and that’s all I can ask.”

Roswell will turn its attention to region play next week. The Hornets host Woodstock to kick off their Region 4-AAAAAAA slate and travel to Walton Friday before the holiday break.

Alpharetta dropped to 5-4 with the loss under first-year head coach Rickey Jordan. The Raiders are 2-1 in Region 7-AAAAAA play and will take on region foes Centennial, Johns Creek and Pope next week.