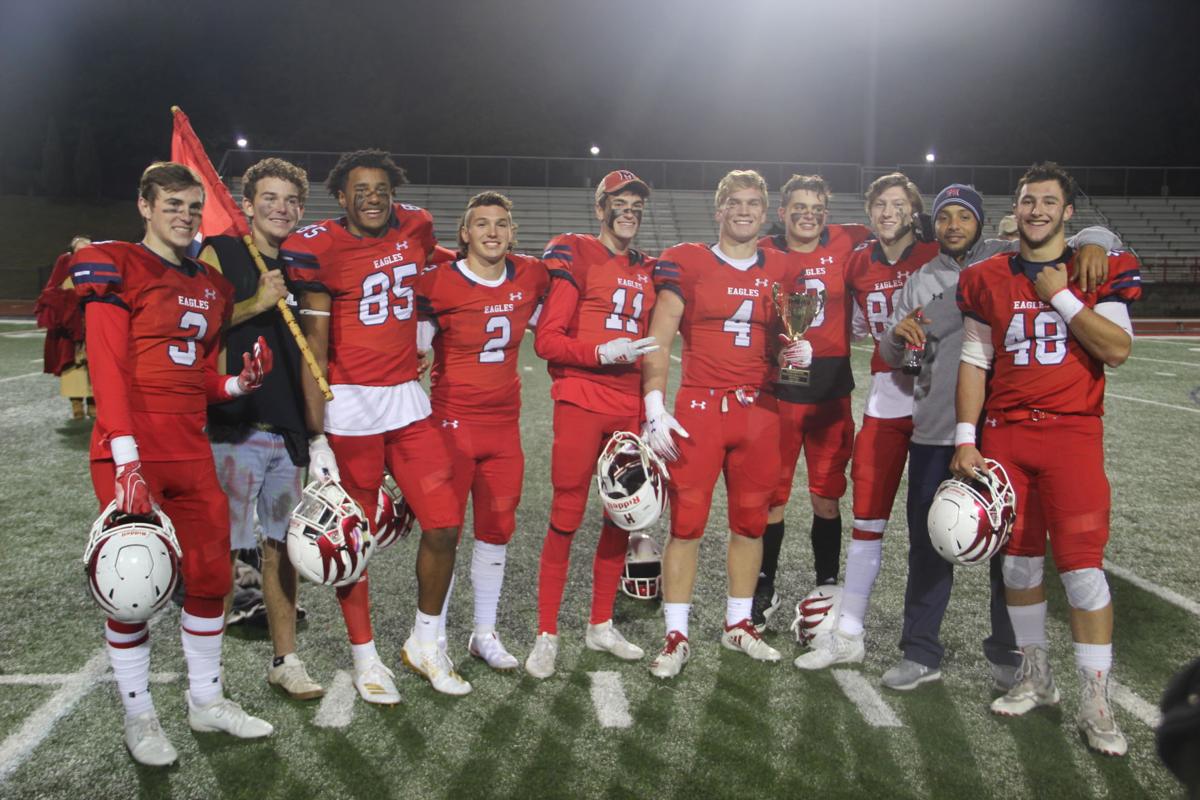 Milton players pose for a picture with the Reg. 5-7A championship trophy after beating North Forsyth on Nov. 8. 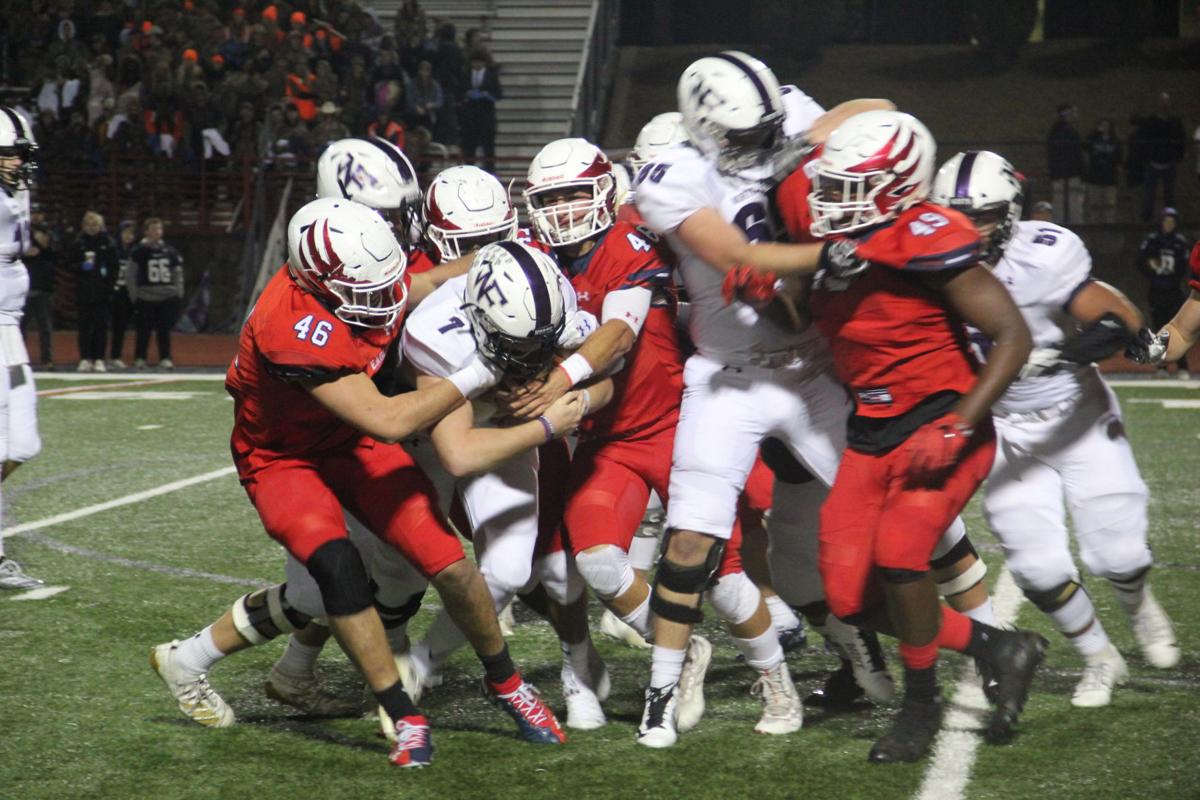 Zander Barnett (46) and the Milton defense bring the Raiders' Patrick Corrigan down during the Eagles win on Nov. 8.

Milton players pose for a picture with the Reg. 5-7A championship trophy after beating North Forsyth on Nov. 8.

Zander Barnett (46) and the Milton defense bring the Raiders' Patrick Corrigan down during the Eagles win on Nov. 8.

MILTON, Ga. — For a school that’s fielded a football team since the 1950s, Milton didn’t have much hardware to display in its trophy case until recently. Over 60 years passed between the Eagles’ first region title and their second in 2014, and they won their first state title in 2018.

Now, the Eagles are undefeated region champions for the second consecutive season and will be a No. 1 seed in the state playoffs as they look to defend their 7A state title from a season ago. This is the fourth region title in school history for Milton, and the first time the Eagles have won their region in back-to-back years.

“It’s a commitment to the culture we’re trying to create,” Milton head coach Adam Clack said. “When you talk about winning back-to-back region titles and going undefeated in a region two years in a row, that takes a lot of consistency and a lot of discipline by 16-, 17- and 18-year-olds. That’s probably what I’m most proud of.”

North Forsyth jumped on the Eagles to start the game before the Eagles took over. Senior running back Jared Lucero carried the ball six times for nearly 40 yards, and the Raiders offense appeared to be rolling. Then, Lucero went down with an injury, and the offensive began sputtering.

The Raiders finished the drive with a 22-yard field goal by Will Peltz and led Milton 3-0 after one quarter.

Milton (7-3, 5-0) scored its first points of the night with a 31-yard field goal by Jason Aussin early in the second quarter. Later in the period, sophomore quarterback Devin Farrell dumped the ball off to Ahmad Junearick who took the swing pass 62 yards for a touchdown. After a successful two-point conversion attempt, the Eagles led 11-3 with two minutes left in the half.

On the ensuing kickoff, the Eagles struck gold. Senior linebacker Christian Armistead stripped the ball from the hands of the Raiders kick returner. With the ball suddenly in his possession, Armistead managed to stay on his feet before turning around and running 25 yards untouched for a touchdown. With the point after by Aussin, Milton scored 15 points in a matter of seconds and took a 18-3 lead over the Raiders.

North bounced back in the third quarter with quarterback Brady Meitz finding senior Anthony Herock in the end zone for an 11-yard touchdown. The two-point conversion attempt failed, and North Forsyth trailed 18-9.

Milton responded immediately with a 54-yard run by Farrell on the second play of the drive. A few plays later, sophomore running back Jordan McDonald took the direct snap from three yards out and ran in for the touchdown.

Down 25-9 in the fourth quarter, the Raiders went for a 31-yard field goal and missed. The Eagles took over at their own 20 and worked down their way down the field for a 40-yard Farrell touchdown run that put the dagger in the victory and the region title.

“We had a huge play on the touchdown where [Junearick] finally got out in space, and then we had the strip for a score and a two-point conversion,” Clack said. “I felt like that ignited us, and then we came out like we have the last few weeks and really played strong in the second half.”

Next for Milton is the state playoffs, where the Eagles will look to defend their 2018 7A state title. As region champs, the Eagles will begin the playoffs with a home game against Central Gwinnett, the No. 4 seed from Reg. 7, on Nov. 15. With a win, Milton will host the winner of Marietta versus Camden County in the second round.

“We’re in the tournament,” Clack said. “Now it’s survive and advance. It’s going to be a fun challenge to get up for and put the work in for, and I know these guys are going to be chomping at the bit to get after it.”

For North Forsyth (6-4, 3-2), it’s not all bad news. The Raiders finished with a winning record for the first time since 2013 and will host Brookwood in the first round of the playoffs as the No. 2 seed from Region 5.