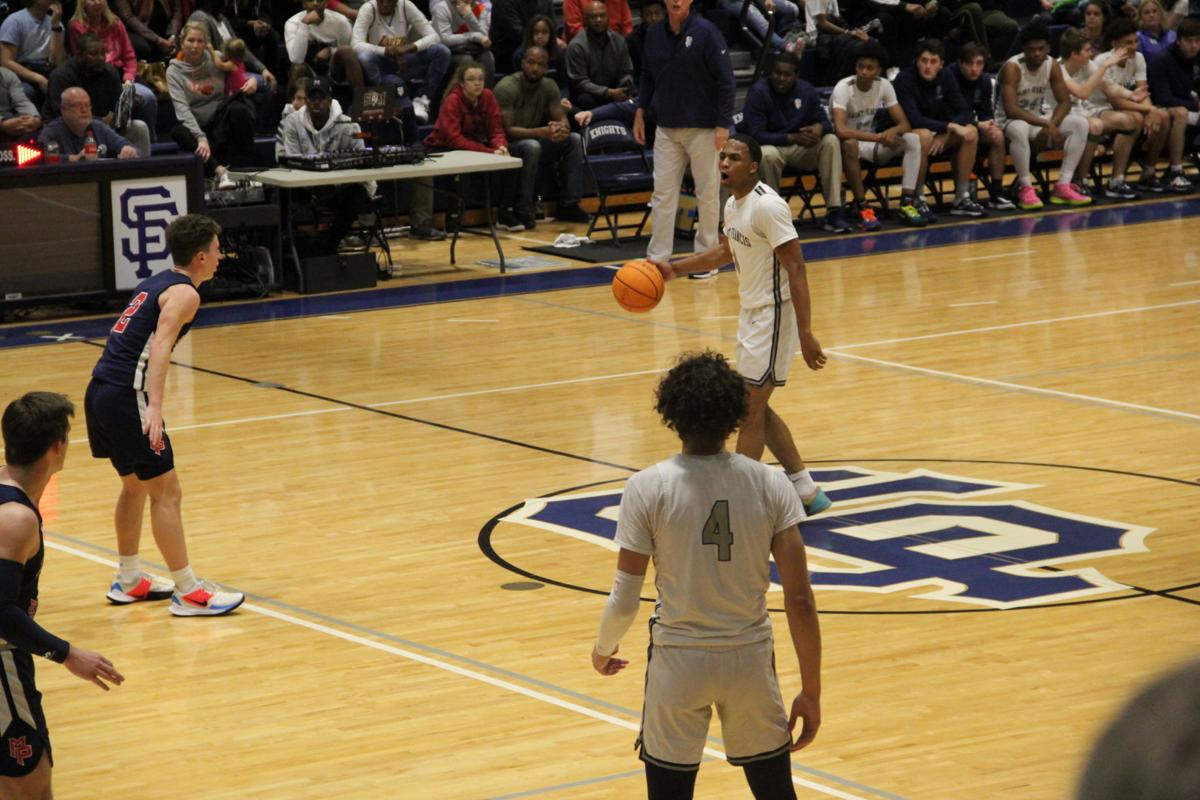 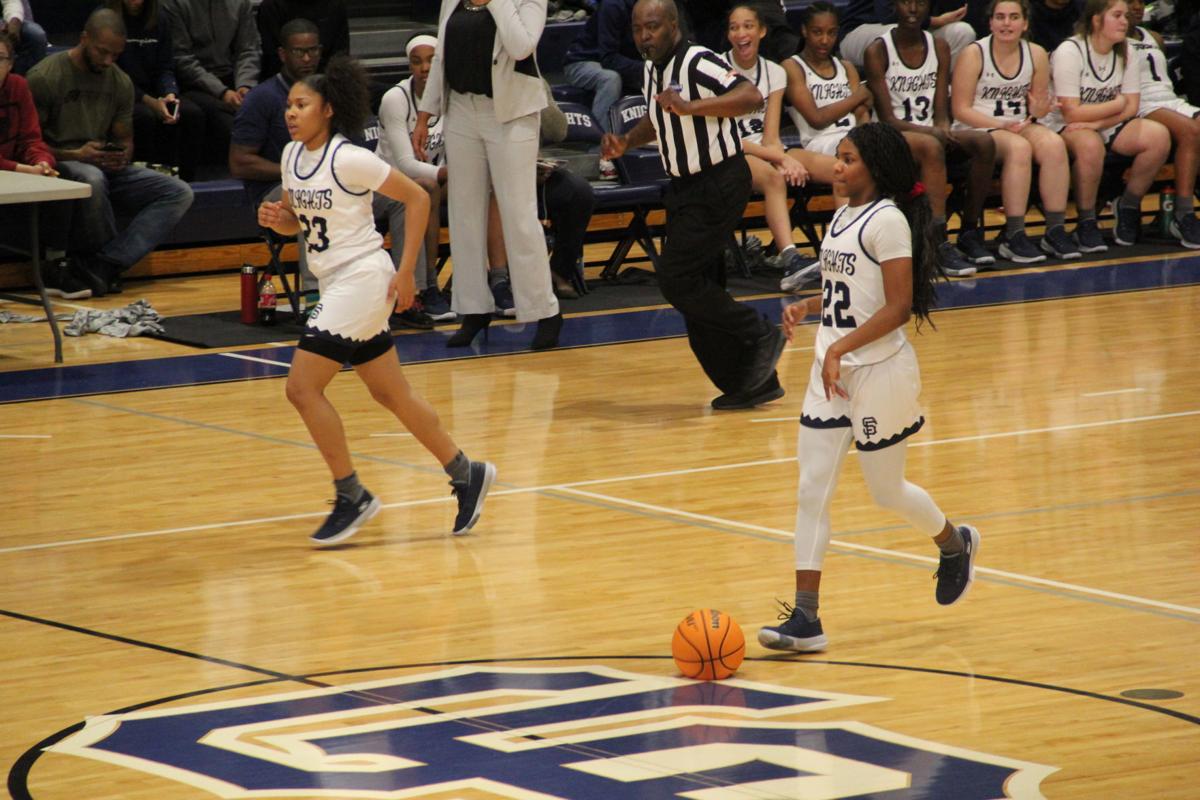 ALPHARETTA, Ga. — St. Francis boys basketball defeated Mount Pisgah Saturday at home to remain perfect in region play and secure the No. 1 seed in the upcoming Region 6-A tournament.

Chase Tucker (17 points) nailed back-to-back 3-pointers for Mount Pisgah to close out the second quarter, and the Patriots took a 34-33 lead into halftime.

St. Francis senior and Xavier University commit Dwon Odom had a relatively quiet first half after being held to just two points in the first quarter. In the second half, Odom showed why he is considered one of the top senior guards while leading the Knights’ offense.

A 3-pointer by Odom put the Knights up 46-43 late in the third quarter, and it was the last time the lead would change hands.

In the fourth quarter, St. Francis pulled away and put the finishing touch on their 14th region win of the season.

“We had to get stops,” St. Francis head coach Drew Catlett said. “We weren’t getting enough stops in a row in the first half, and we were settling for quick jump shots, which gave them more possessions. We started to get some stops in the second half.”

Prior to the game, Odom was called to center court and surprised with a commemorative basketball to celebrate passing the 2,000 career points mark. He finished his night with 24 points to add on to that total, along with five rebounds and five assists.

“The kid’s numbers are astonishing,” Catlett said. “He’s over 2,000 points. He has over 800 assists. He’ll probably finish with over 700 rebounds as a guard. He’s just the ultimate competitor. He loves to win. He doesn’t stop.”

Odom is the second player in St. Francis history to reach the 2,000 career points milestone. The first was 2016 alum Kobi Simmons, who went on to play college basketball at Arizona and now plays professionally for the Charlotte Hornets.

The first time the girls squads of St. Francis and Mount Pisgah faced off this season, the Knights put up over 100 points. While St. Francis didn’t reach the century mark this time around, the Knights cruised to a 40-point victory and remained undefeated in region play Saturday night with an 84-43 rout.

St. Francis quietly jumped out to a double-digit lead in the first quarter and took a 27-11 lead into the second quarter.

By halftime, the margin grew to 55-21 behind the Knights’ suffocating defense and transition offense. It was a sloppy half, however, as the two teams combined for over 20 fouls and over 30 attempts from the free throw line.

“Moving into the region tournament and the state playoffs, we have to start better,” St. Francis head coach Aisha Kennedy said. “I don’t feel like we started as fast as we should have. We were a little too relaxed. Our defense is what we thrive off of, so we have to apply pressure sooner and create turnovers.”

Entering the second half with a 34-point lead, the Knights kept their foot pressed firmly on the gas pedal until the closing minutes of the game.

Mount Pisgah freshman Monet Dance stood out in the loss for the Patriots (10-7, 6-5). Going up against double teams and the Knights’ full-court press all night, Dance finished the game with 30 points. Other than Dance, the Patriots struggled to find any offensive success.

“We thrive off defense,” Kennedy said. “We work on transition a lot. If we turn people over, we get scoring out of transition. That’s who we are.”

With the win over Mount Pisgah, the Knights improved to 19-3 overall and 10-0 in region play.

While St. Francis didn’t reach the century mark this time around, the Knights cruised to a 40-point victory and remained undefeated in region play Saturday night with an 84-43 rout.