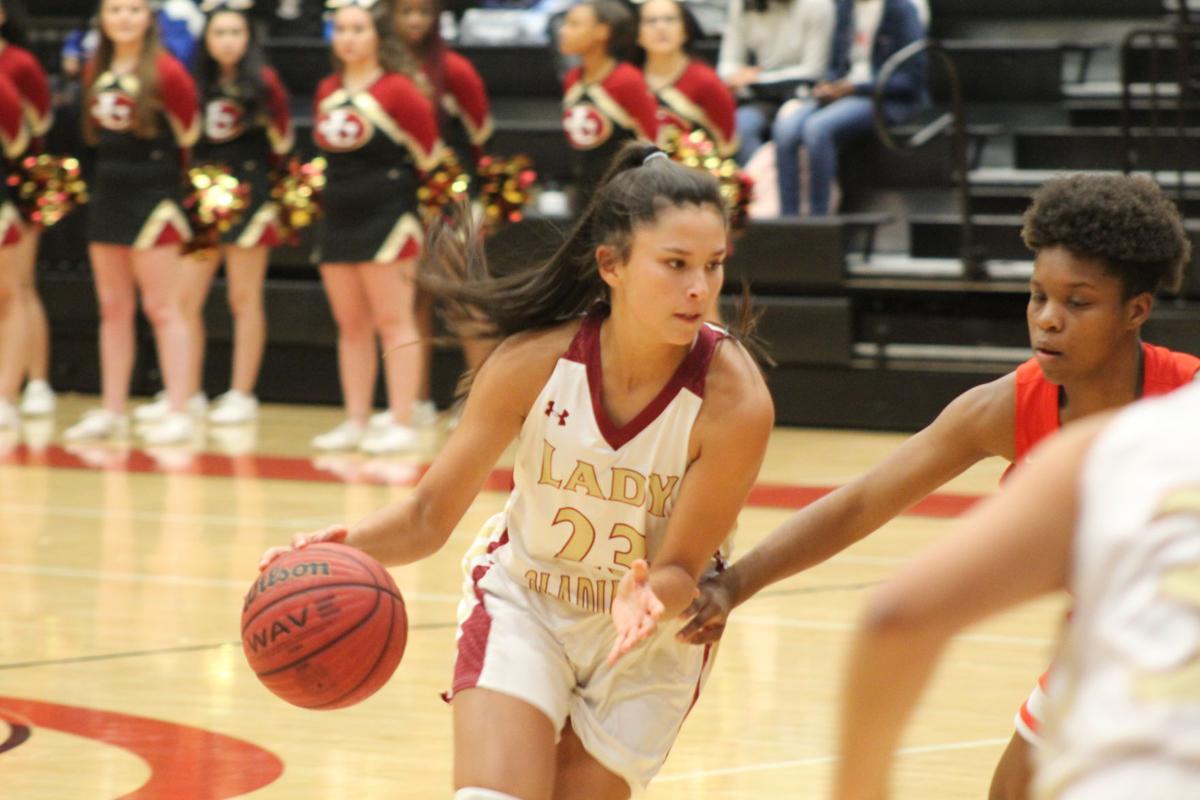 Johns Creek junior Carson Tanguilig works around a Dunwoody defender in the Gladiators' 53-37 win. Tanguilig led all scorers with 18 points. 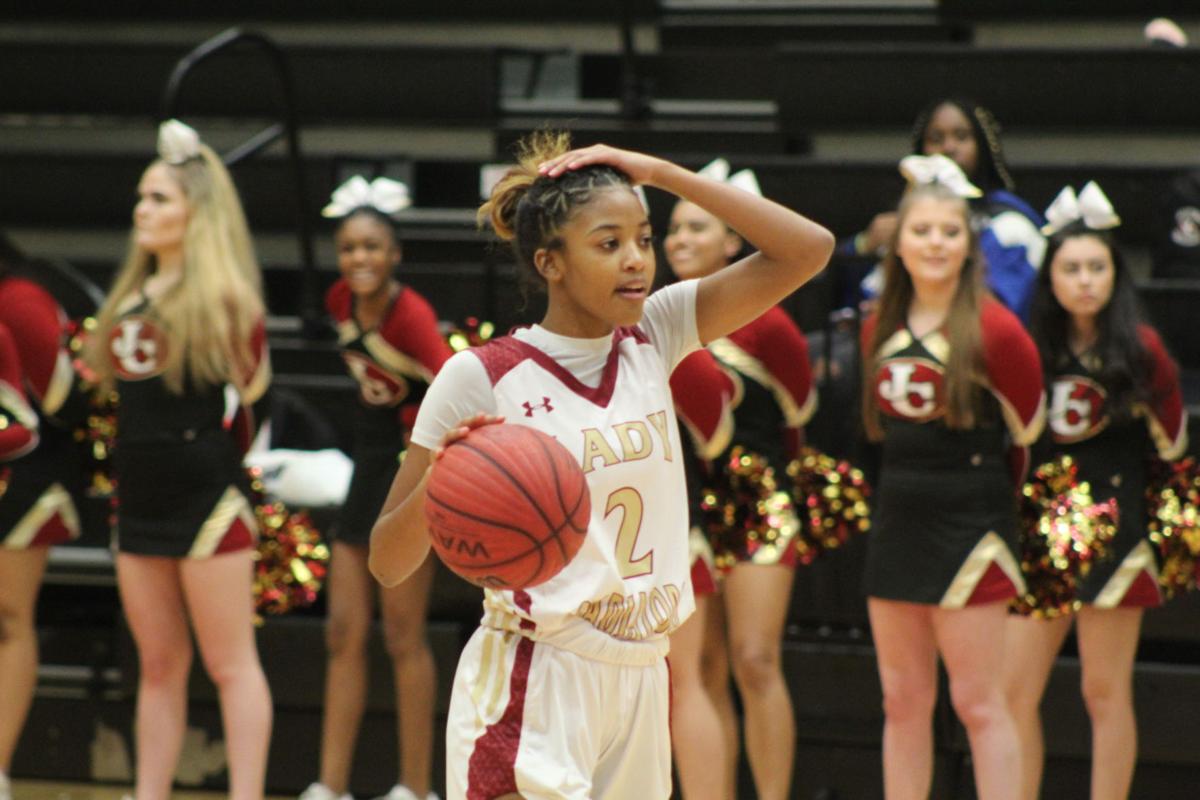 Ahmia Childs brings the ball up the court for the Gladiators. The senior racked up 14 points, six rebounds and six steals. 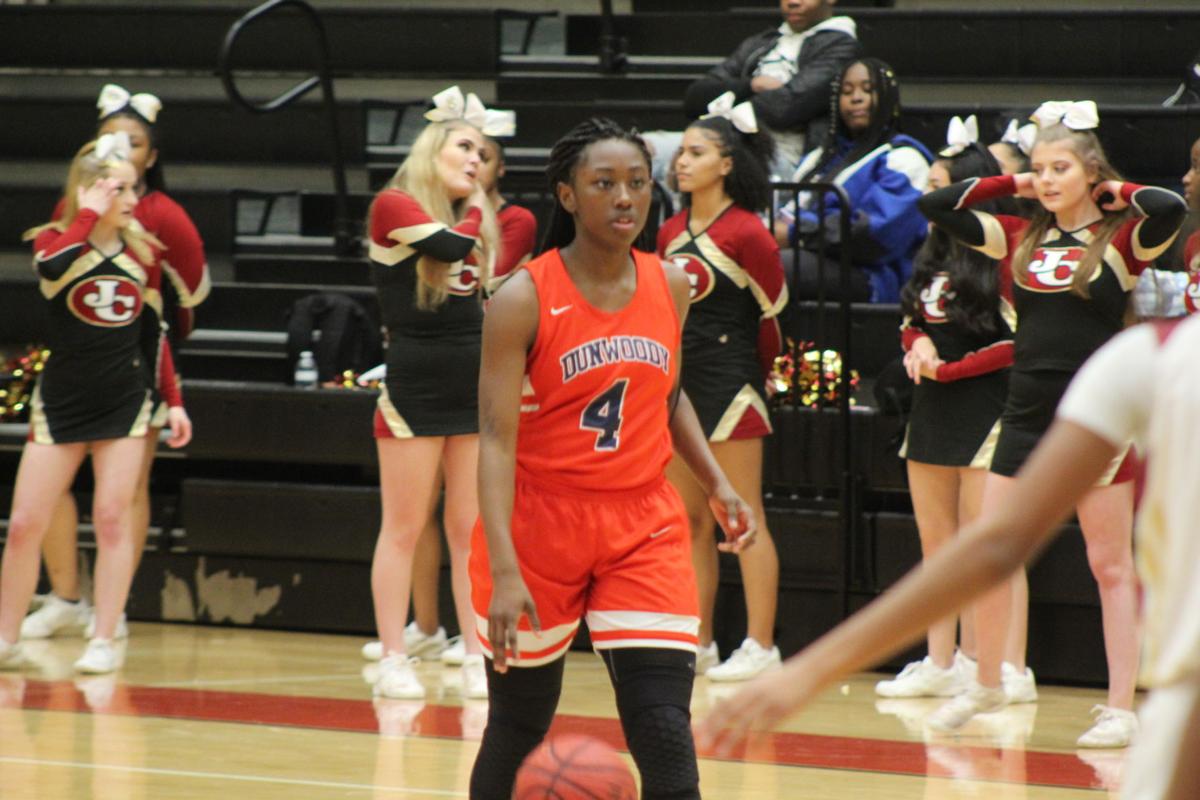 Johns Creek junior Carson Tanguilig works around a Dunwoody defender in the Gladiators' 53-37 win. Tanguilig led all scorers with 18 points.

Ahmia Childs brings the ball up the court for the Gladiators. The senior racked up 14 points, six rebounds and six steals.

JOHNS CREEK, Ga. — After taking three tough losses in four games that dropped Johns Creek into a tie for third in the Region 7-AAAAAA standings, Friday night’s 53-47 win over Dunwoody could right the ship. Though the Wildcats (10-9, 7-7) erased a sizeable Johns Creek lead, the Gladiators took over in the fourth quarter to improve to 10-4 in region games.

“We’ve been getting beat up a lot,” said Johns Creek head coach Kirk Call. “We’ve been fighting through some injuries and just not playing well. We haven’t been doing little things that doing lately that have made us successful. It was just good to get that feel back and have some success. That was a big step for us tonight.”

The Gladiators (12-11, 10-4) got off to a slow start, and Call said his team was playing off the Wildcats instead of forcing their game plan. After a tight first quarter, junior guard Carson Tanguilig drove to the paint, rolled a shot of her left hand into the net as the buzzer sounded to give the Gladiators a 12-11 lead heading into the second quarter.

Johns Creek held the scoring advantage the remainder of the contest.

Leading the charge was senior guard Ahmia Childs, who was effective in running the Gladiators’ trap while racking up 14 points, six rebounds and six steals before she was taken out for a technical foul late in the third quarter.

Johns Creek led 27-15 at the half, but the Wildcats charged back in the third quarter and opened the period with a 10-2 run.

With around 90 seconds left in the third period, Childs’ technical foul put the Gladiators’ top scorer on the bench with Dunwoody chipping away at the lead.

“That’s something where you can’t lose your cool,” Call said. “Two weeks from now we will be in the region tournament, and I’ll need my best players on the floor. That could cost us a possession and two points, and in our game, we can’t have that.”

After Childs’ early exit, Tanguilig immediately stepped in to lead the offensive charge. She made two 3-pointers, a layup and had a steal over the next minute of play to put the Gladiators back in a double-digit lead.

“When she gets going, she is really hard to guard,” Call said. “And she definitely stepped in that spot tonight, controlled the ball for us and kind of settled us down. That was real big for us.”

Behind Tanguilig, Johns Creek outscored the Wildcats 13-7 in the final period to finish off the win.

Tanguilig led all scorers with 18 points while accounting for seven rebounds and six steals. Freshman Nylah Nuri netted 11 points with seven steals and six rebounds while Kate Powers scored seven with two steals and a block.

With the Region 7-AAAAAA tournament tipping off the week of Feb. 3, Call said it is vital his squad get back to their play earlier in the season.

“Whatever it was internally for us, we lost a little bit of focus, and we have really been honing in on making every possession, every rebound and every opportunity count. I feel like we haven’t been doing that these last few weeks. We’ll be playing in the tournament for a great region, and in most cases those games can come down to two or three possessions.”

Dunwoody closes out the regular season against the region’s top and bottom teams, Cambridge and Northview, respectively.

Johns Creek takes on Northview Jan. 28 before its regular season finale against Centennial on Jan. 31.

The Gladiators will be eyeing a third straight trip to the state playoffs while Dunwoody will by vying for its first appearance since 2009.