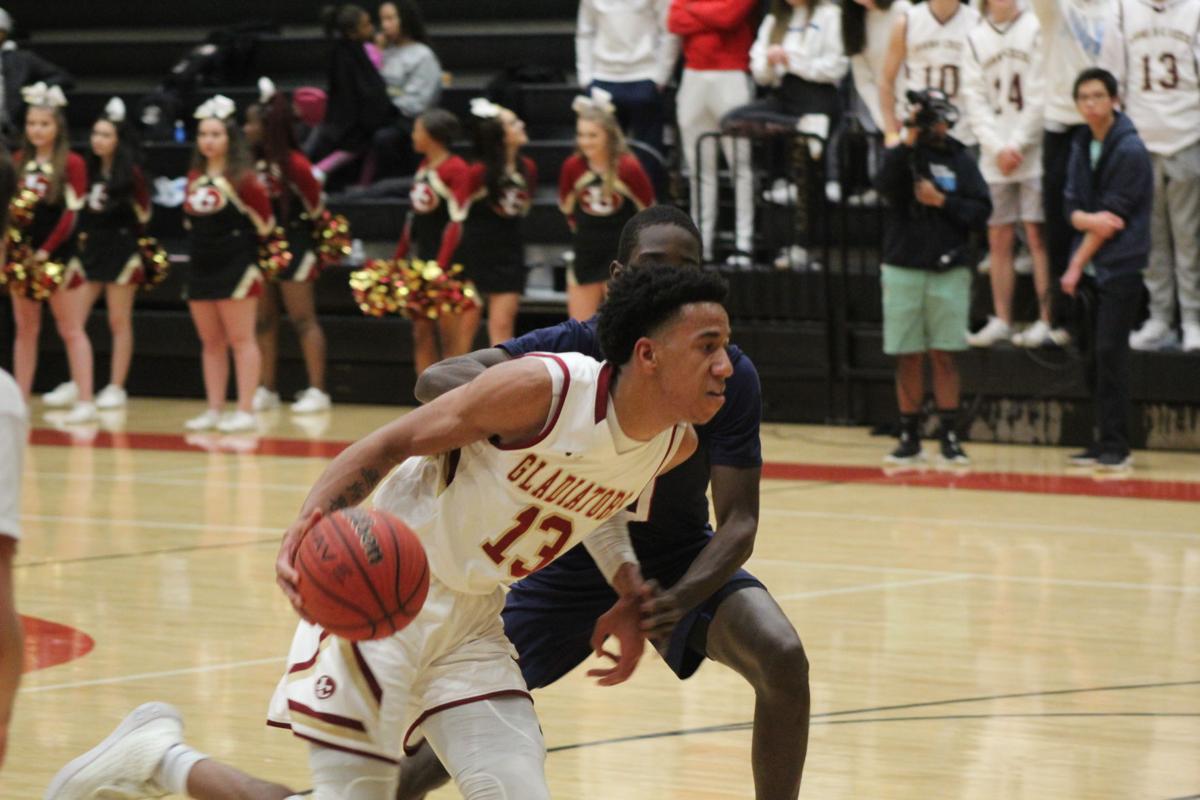 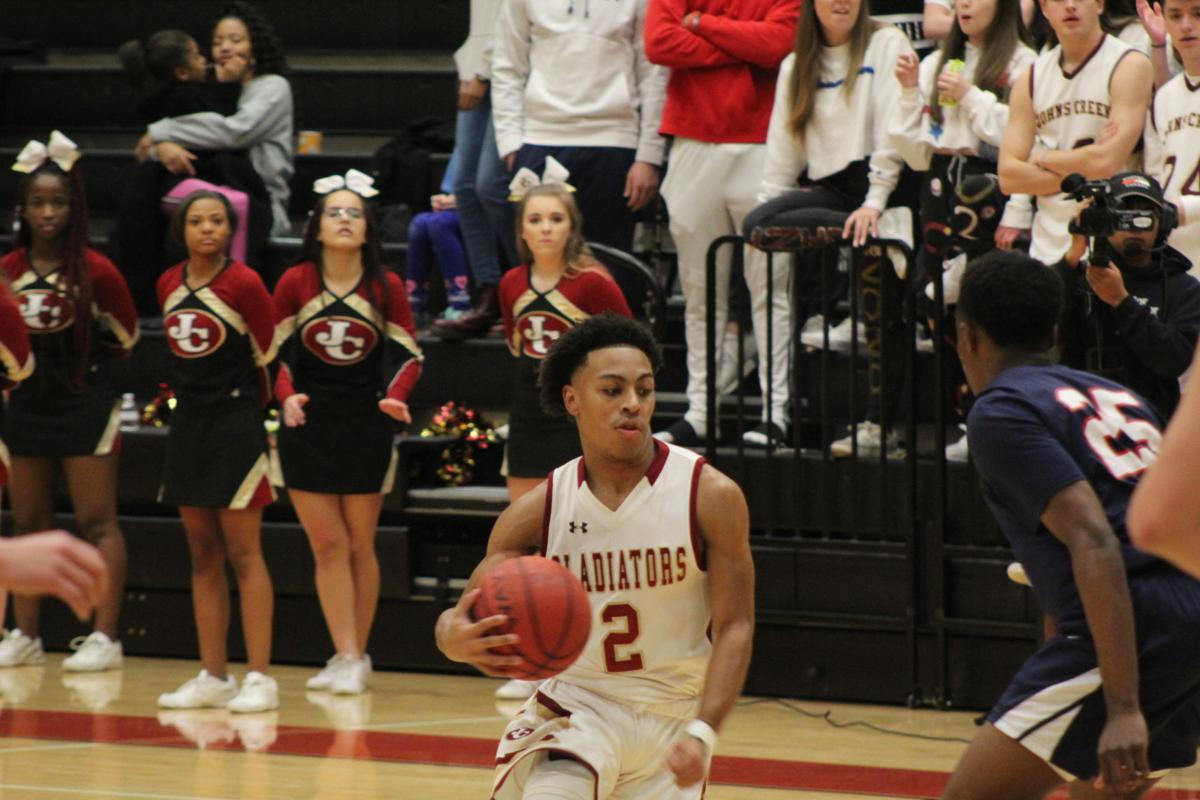 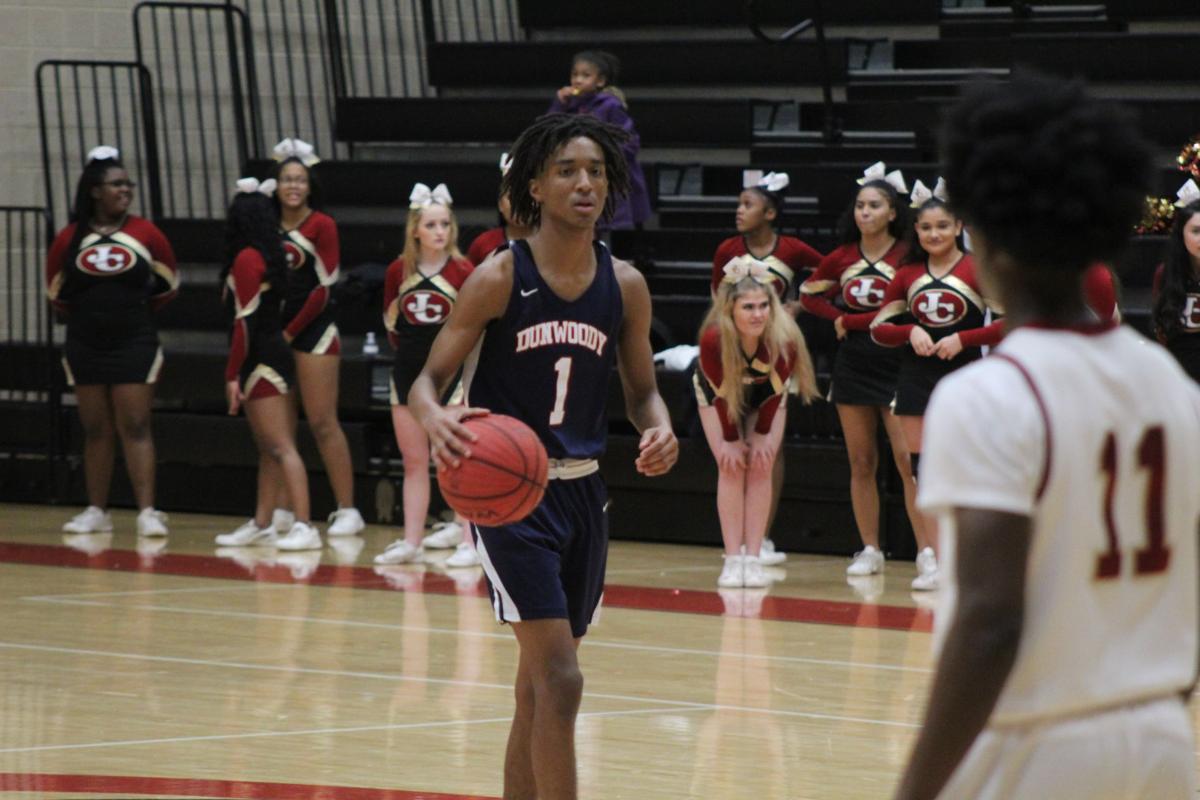 Dunwoody's Mekhi McKinney looks for a pass. The junior led the Wildcats in scoring with 14 points.

Dunwoody's Mekhi McKinney looks for a pass. The junior led the Wildcats in scoring with 14 points.

JOHNS CREEK, Ga. — Johns Creek boys basketball made the most of its final home game of the regular season by giving all nine of the team’s seniors plenty of playing time while dominating Dunwoody, 98-58. The win keeps the Gladiators fourth in the 7-AAAAAA standings, one game behind Pope and Cambridge, with two games remaining until the region tournament tips off the week of Feb. 3.

Johns Creek (15-7, 9-5) showcased its high-powered offense — which leads all 7-AAAAAA teams in region games — with four players netting double figures. That came despite the Gladiators running an altered offense for around half of the game to give the team’s seniors more playing time.

“We have nine seniors, and our goal was to let them play and be out of our normal rotation,” Johns Creek head coach Keenan Temple said. “In the second half we wanted to come out and play the way we play, which we did. This team is very fun to watch and they’re great kids.”

The Gladiators have five players who average double-digit scoring a game, and the team again spread the wealth against Dunwoody (1-19, 0-14).

Senior Chase McKey had a breakout first quarter, scoring 13 points with seven rebounds in the opening eight minutes of play. He finished the night with 27 points, 13 rebounds, a block and a steal.

“We’re deep, long and athletic, and they can all score,” Temple said.

Johns Creek held an 18-point advantage at the half and came out swinging in the third period. Just moments into play, Willis landed an alley-oop pass to McKey who completed an emphatic dunk to set the tone for the remainder of the contest.

After opening the third period on a 17-2 run, the Gladiators stretched the margin to 80-47 entering the final period.

Friday’s win comes after a challenging stretch in which the Gladiators lost to the region’s top three teams in a four-game span, including to Pope and Cambridge, squads Johns Creek had beaten earlier in the season.

“Our second half of the region schedule is tough,” Temple said. “At Pope and Cambridge and against Chattahoochee, that’s tough. We’ve beaten everybody we need to beat at least once, except Hooch, but this was a great bounce-back win tonight. The guys never give up, they have energy, they are the total package.”

A focus for the Gladiators will be improving their defensive rotations — Johns Creek has the region’s top scoring offense but is eighth in fewest points allowed — but Temple is confident in his squad. After all, the 2019-20 team is already the second winningest team in program history with two games remaining in the regular season.

“We will stay focused over the last two games and go in the region tournament and see what we can do,” Temple said. “The goal is to go in there and make the playoffs, and Johns Creek has never won a playoff game, and that’s a goal. And we want to win more than one. Anything can happen, but once you get there, these guys are good enough to make a deep run in the state tournament.”

Johns Creek closes out its regular season with games against Northview on Jan. 28 and against Centennial on Jan. 31.