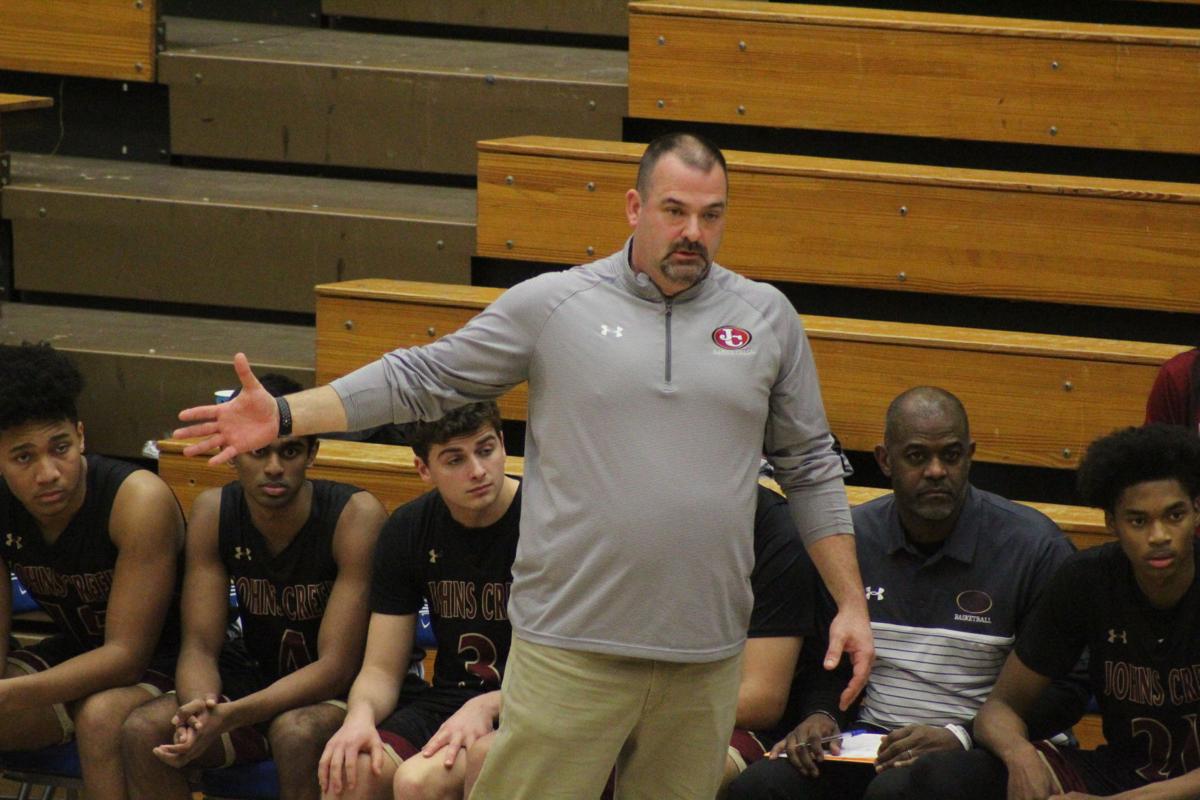 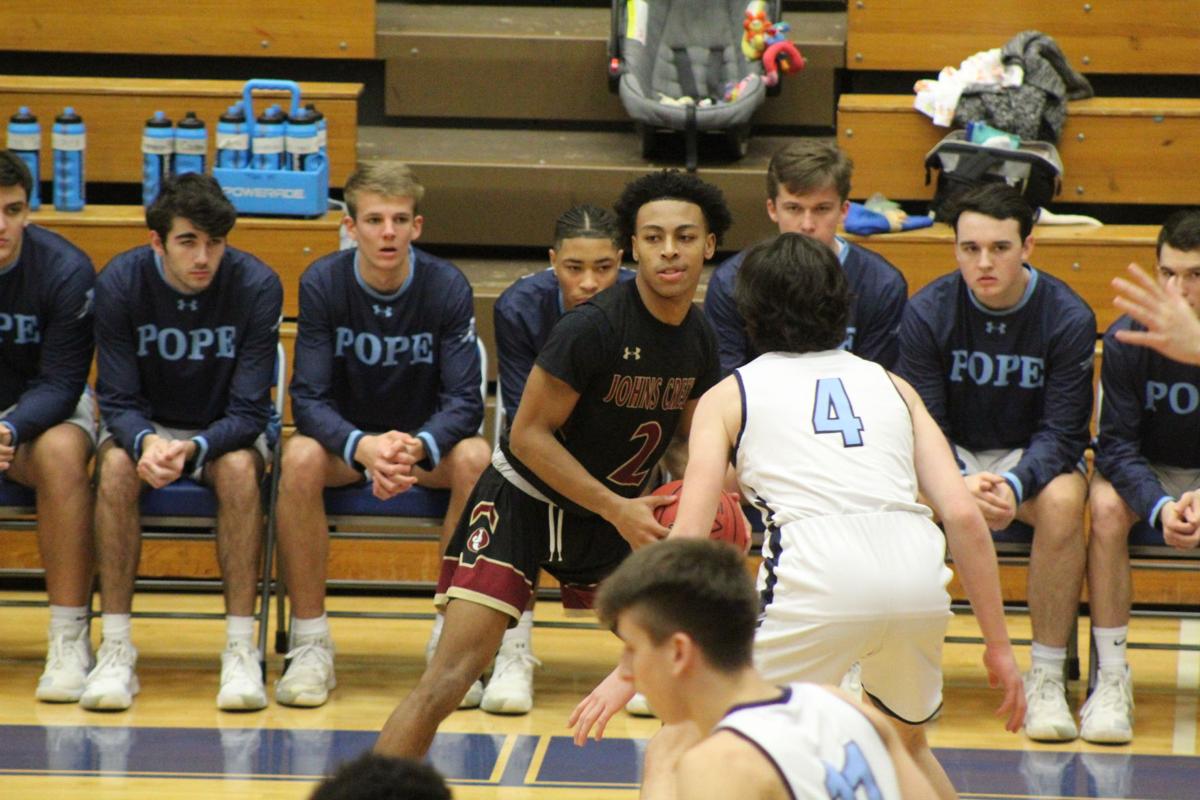 JOHNS CREEK, Ga. — Johns Creek boys basketball will enter the state tournament as the No. 4 seed from 7-AAAAAA after the Gladiators fell to Pope in the region tournament third-place game Saturday night.  The Gladiators battled back from a double-digit deficit but could not quite complete their comeback bid.

Johns Creek opened the region tournament with a 78-68 win over No. 5 seed Centennial before taking a 64-54 loss to eventual region champs Chattahoochee on Friday.

With Pope and Johns Creek vying for third in the region tourney, the Greyhounds opened the game with quick transition points to jump to a 12-3 lead and maintained 36-22 lead at the break.

The Gladiators began to charge back in the third quarter. Midway through the period, senior Javani Brown hit two three-pointers, guard Nick Willis had a steal and score play, and a nifty layup from Jordan Johnson around Pope defenders seemed to suddenly cut the to 46-42.

Pope did build its lead back up to 10 points ahead of a back-and-forth fourth quarter.

The teams swapped scores throughout the period, but Pope maintained a two-possession lead into the final minute.

Trailing 72-66 with 60 seconds left on the clock, the Gladiators put freshman Aidan Temple on the floor, and the forward drained a 3-pointer to put Johns Creek within one score.

Despite a rebound and put-back from Brown and two made free throws from Jordan Johnson, the Gladiators’ comeback fell short with Pope sinking crucial free throws in the final 50 seconds and forcing a Johns Creek turnover to ice the game.

Johns Creek entered the region tourney as the No. 4 seed and will have the same seed for the state tournament which tips off Feb. 14-15. The Gladiators will go on the road to face the Region 5 champions.

No matter the result of that contest, Johns Creek is having its second-best season in program history. The Gladiators have compiled a 17-9 overall record.

Johns Creek will be looking to make some history in the state tournament. The program has never won a state playoff game.