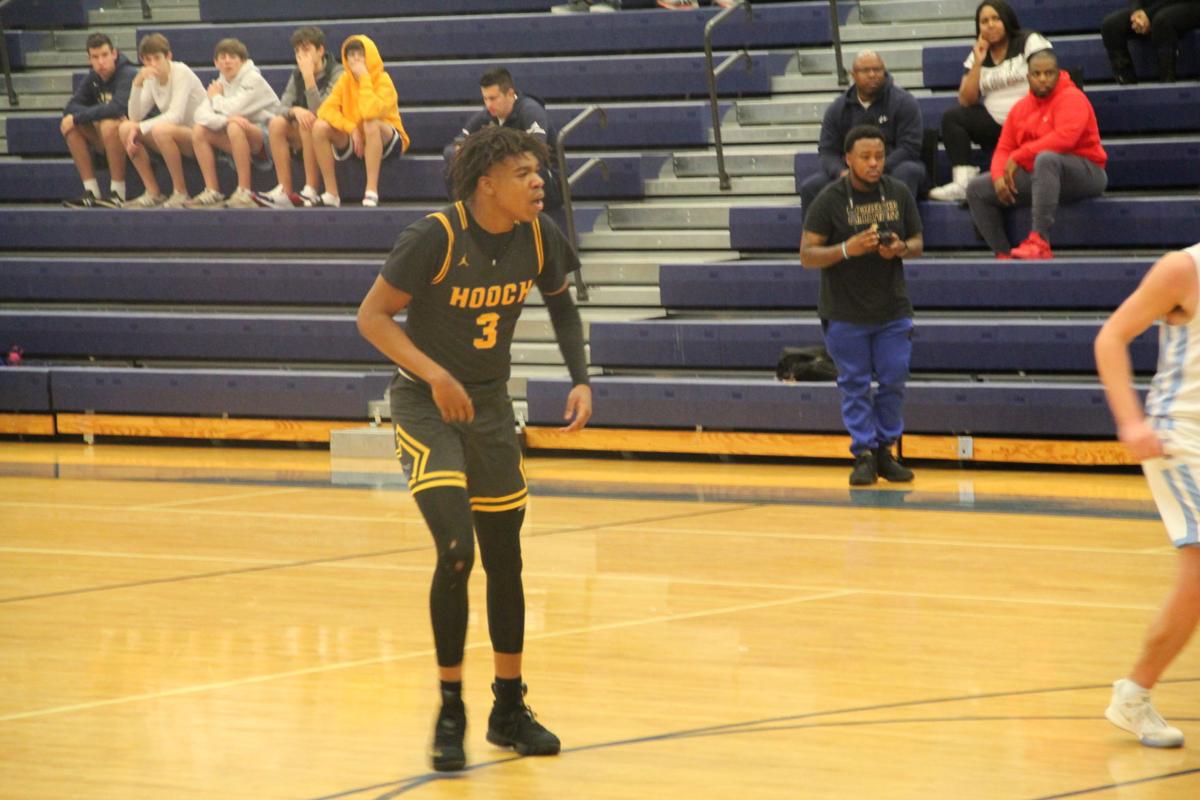 Chattahoochee senior Cam Sheffield (3) finished with 14 points and 11 rebounds in the Cougars' Jan. 3 win over Cambridge. 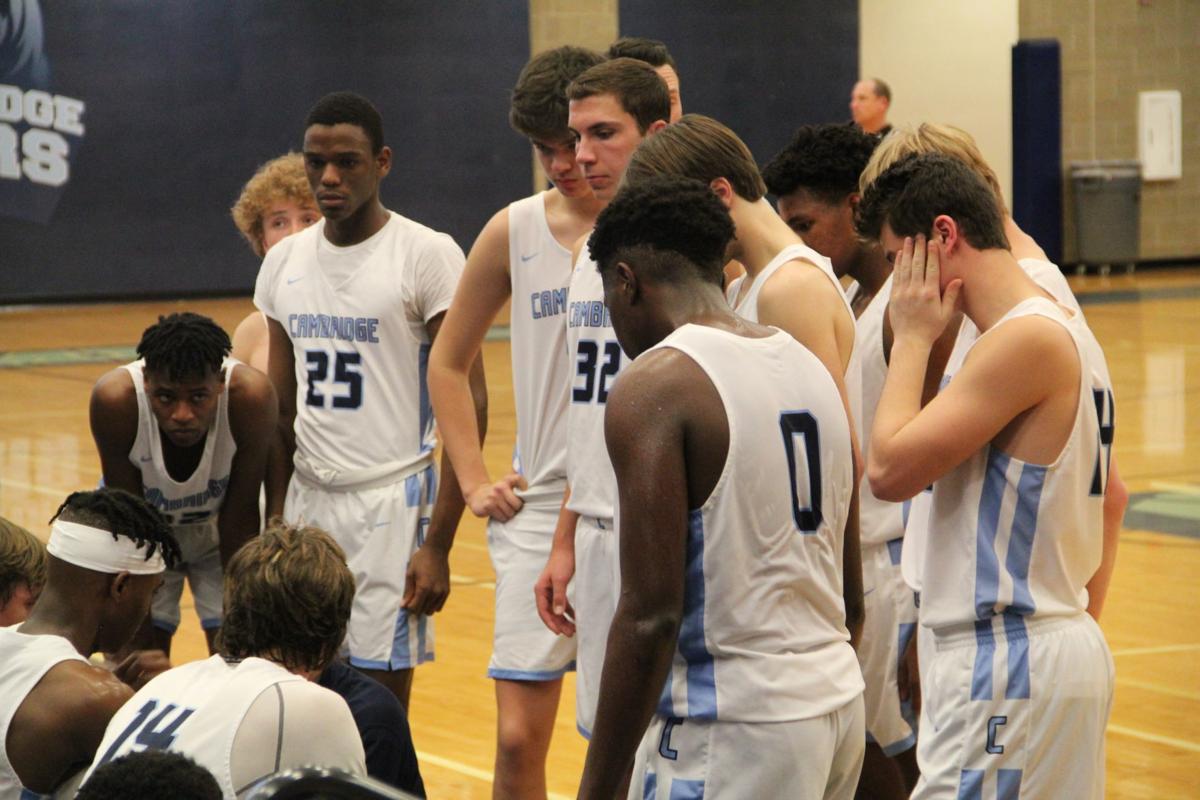 Cambridge players huddle up during a timeout against Chattahoochee.

Chattahoochee senior Cam Sheffield (3) finished with 14 points and 11 rebounds in the Cougars' Jan. 3 win over Cambridge.

Cambridge players huddle up during a timeout against Chattahoochee.

MILTON, Ga. — A last-minute Chattahoochee 3-pointer was the decisive blow in a tight battle of two of top teams in Region 7-AAAAAA Friday night at Cambridge. The Bears took their first lead of the second half in the final minute of play, but Hooch responded with a game-winning three from Keith Murray to move ahead of Cambridge in the region standings.

By halftime, the Cougars built a 24-15 lead over the Bears, who scored just four points in the second quarter. Chattahoochee senior and Rice University commit Cam Sheffield led all scorers with eight points, in addition to his six rebounds, in the first half.

“I was a little disappointed with the way we started,” Short said. “I would have liked it to go a little better than that. We got the shots we wanted, but they just didn’t go in, and we started to settle for the three. But overall our guys did a great job of battling back”.

The low-scoring defensive battle continued in the second half.

The Bears went on a 13-4 run to start the third quarter, knotting the game up at 28. The Cougars regained the lead, however, and entered the fourth quarter up 36-30.

Chattahoochee held on to its lead for most of the fourth, but Cambridge erased the margin in the final minute. The Bears clawed their way from behind the entire second half, and a layup from Davis Sager tied the game with 34 seconds left. Sager was fouled on the shot and hit his free throw to put the Bears up 43-42.

With 15 seconds remaining in the crucial 7-AAAAAA contest, Chattahoochee junior Keith Murray hit a three from the corner to put the Cougars up by two points. Murray’s dramatic 3-pointer was the final basket of the game.

Sheffield finished with 14 points and 11 rebounds, and senior guard A.J. White was a consistent scoring threat for the Cougars with 16 points on the night.

Davis Sager was the leading scorer for Cambridge with 14 points, which came almost entirely in the second half. Seniors Cole Bearden and Sola Adebisi each had seven rebounds on the night, though the two combined for just 10 points.

The Cambridge girls continued their strong start to the season with a 20-point win over Chattahoochee to ring in 2020.

Junior Angelina Cofrancesco scored 16 points, pulled in four rebounds and seemed to be a part of every play while she was on the court. Cambridge received another standout performance from freshman Jordynn Dudley, who had 10 points and five rebounds.

The score stayed tight early in the game despite the Bears' full-court press causing trouble for the Cougars. Cambridge sophomore Sydney Granby came off the bench and made three quick baskets for six points, and the Bears led 11-7 at the end of the first quarter.

The Bears defense suffocated Chattahoochee in the second quarter, holding the Cougars to just three points in the period. The lead grew to 13 points for the Bears by halftime.

Cambridge continued building its margin in the third quarter behind the scoring Cofrancesco and Dudley and took a 36-16 lead over the Cougars entering the fourth quarter.

With the game seemingly settled, the starters for both teams rested a large portion of the fourth.

With the win over the Cougars, Cambridge improved to 12-3 this season and 7-1 in region play. The Bears sit atop the region standings with Alpharetta and Johns Creek lurking close behind one game back.

“We’re happy with our start, but we’re far from satisfied with where we are,” Broadwell said. “We know we’ve got a lot of work to do. Our region is strong, so we got to do a lot of work to keep getting better. We’re just trying to stay hungry.”

Child Marriage in the United States

$20 OFF Summer Sports with i9 Sports

Save $ on an i9 Sports Summer Program today! This summer, we will offer flag football, socce… Read more

Addicted skin – Does your skin have a habit?