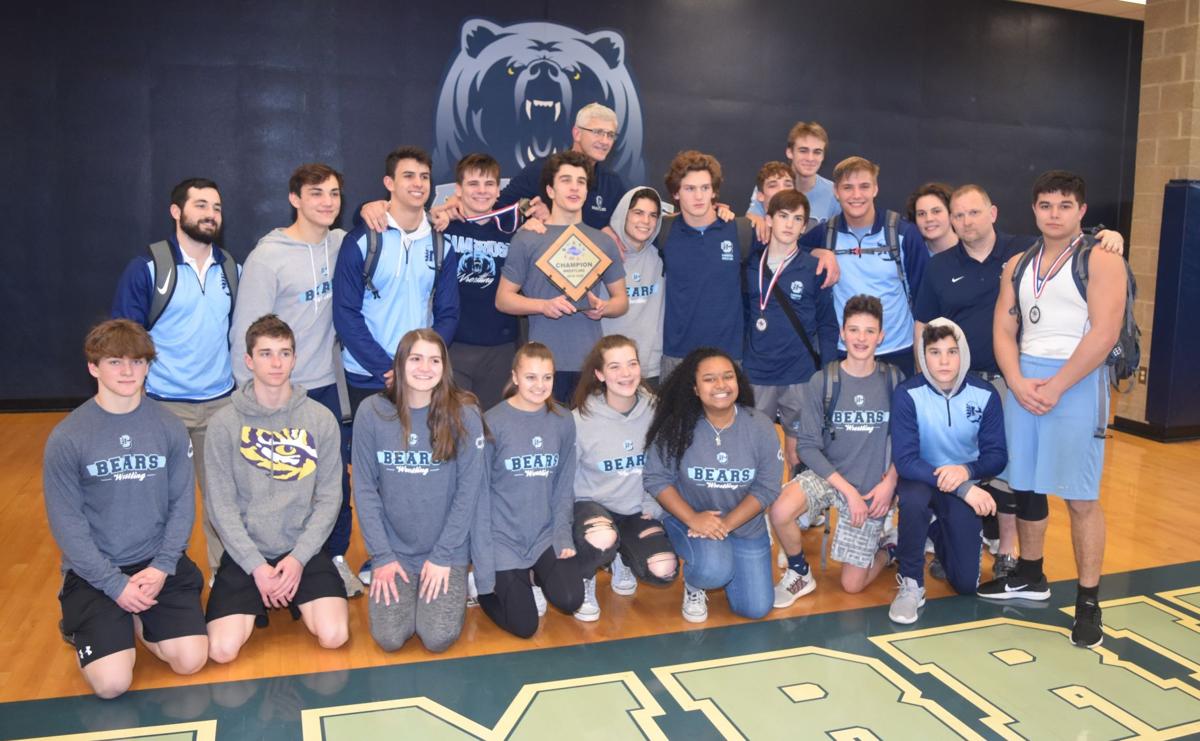 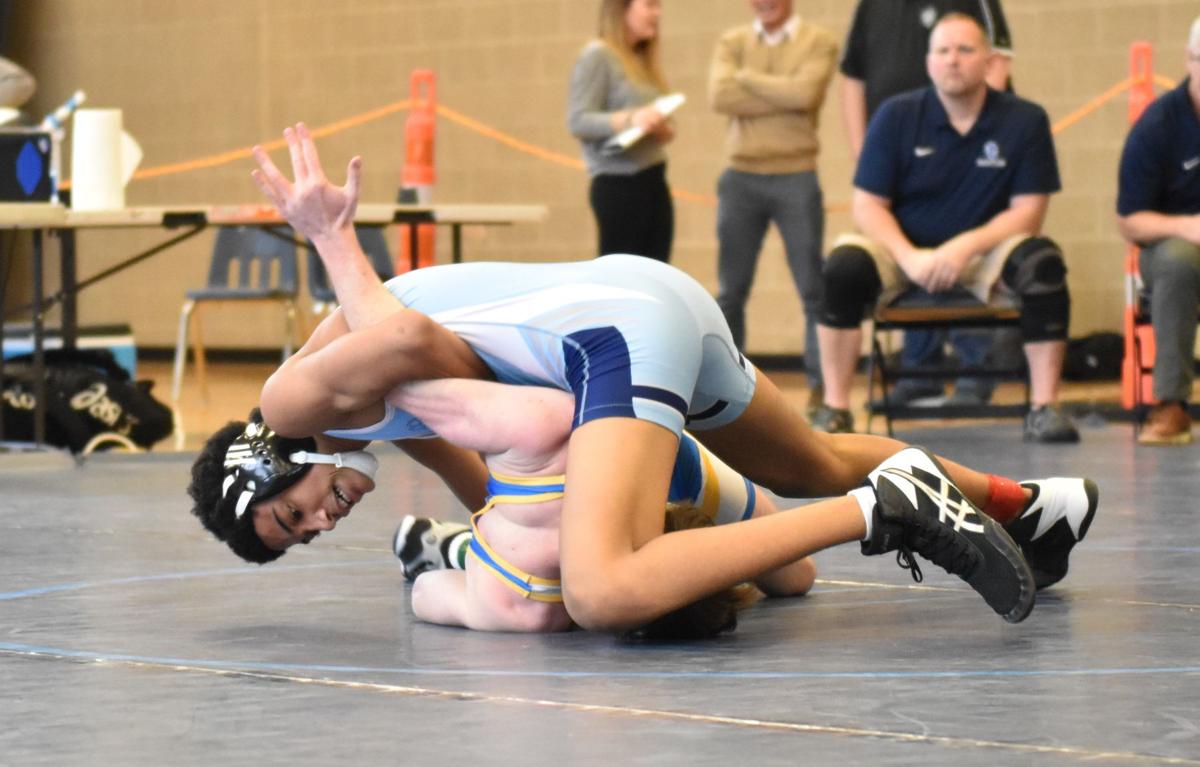 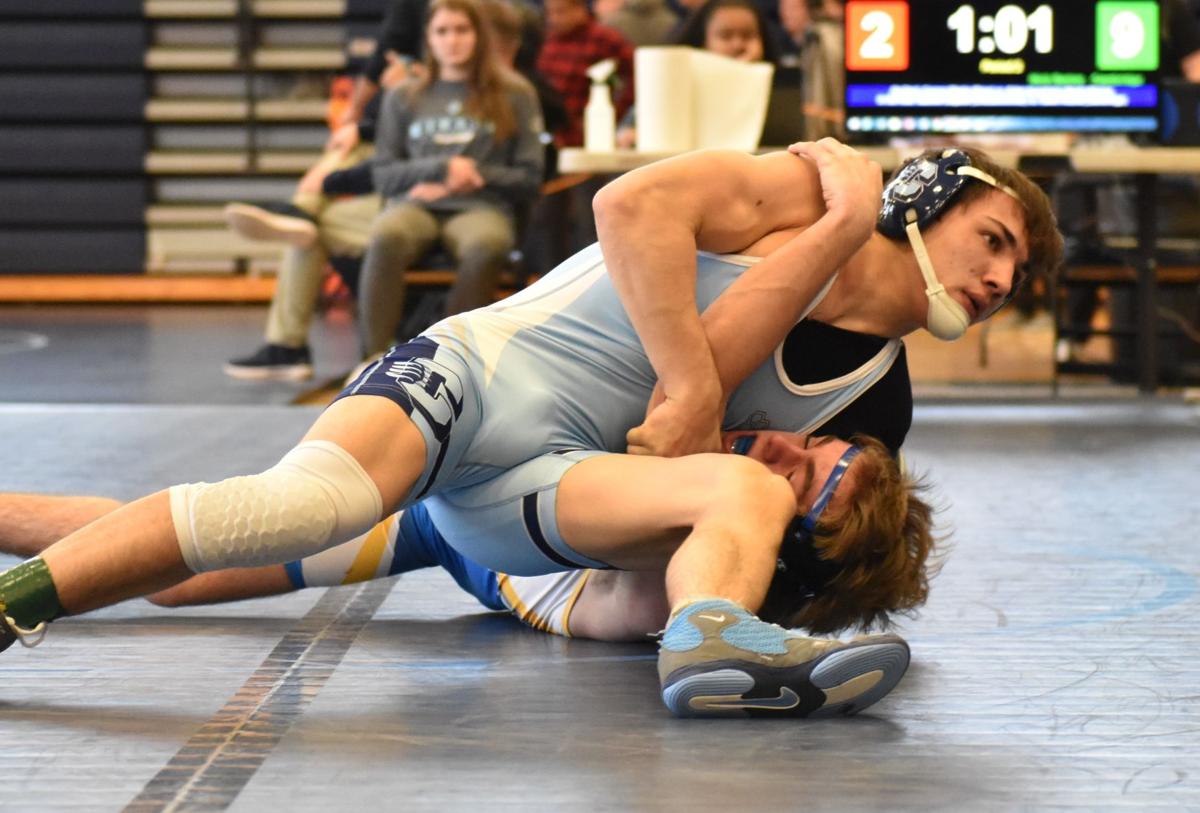 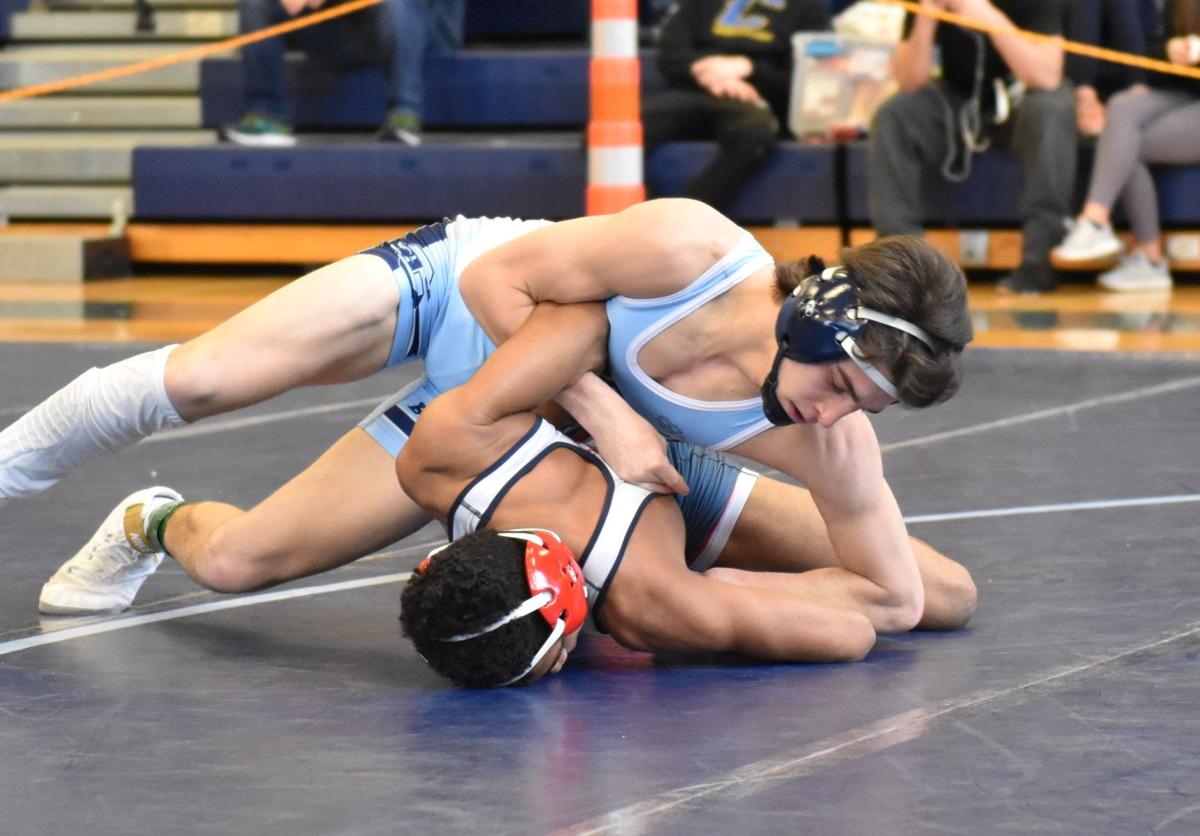 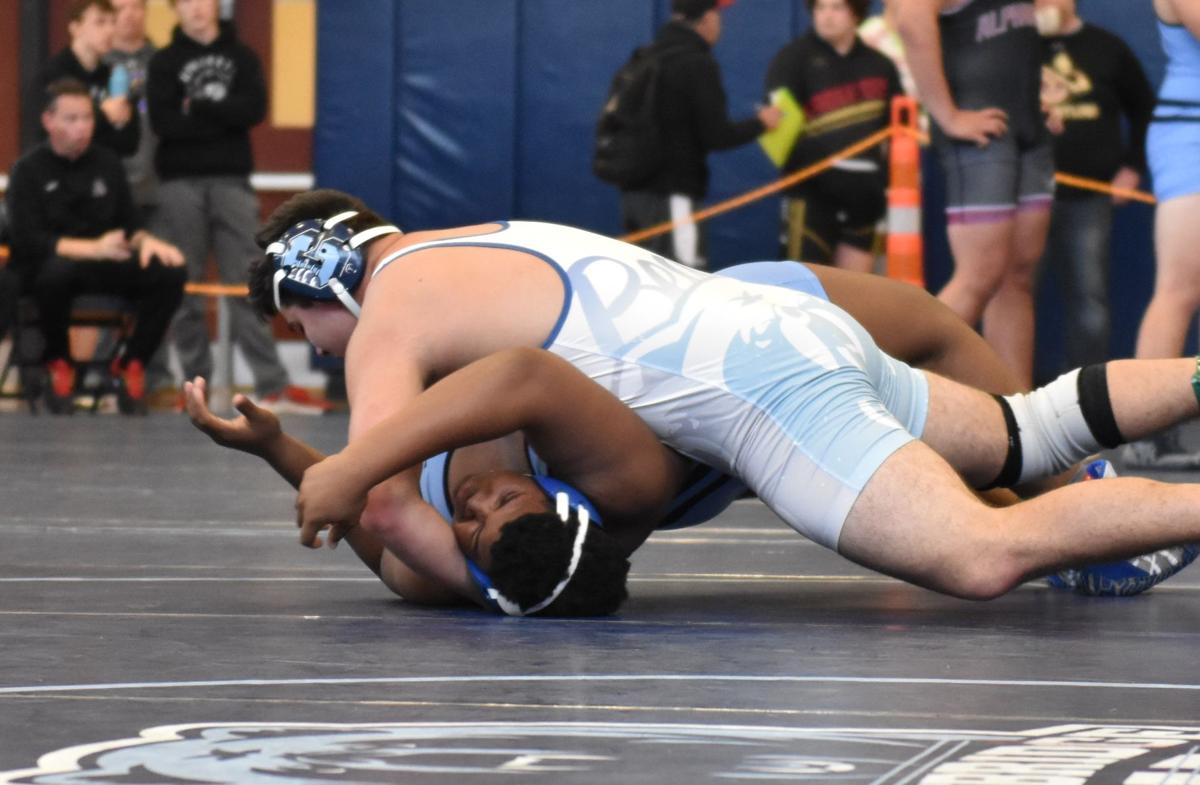 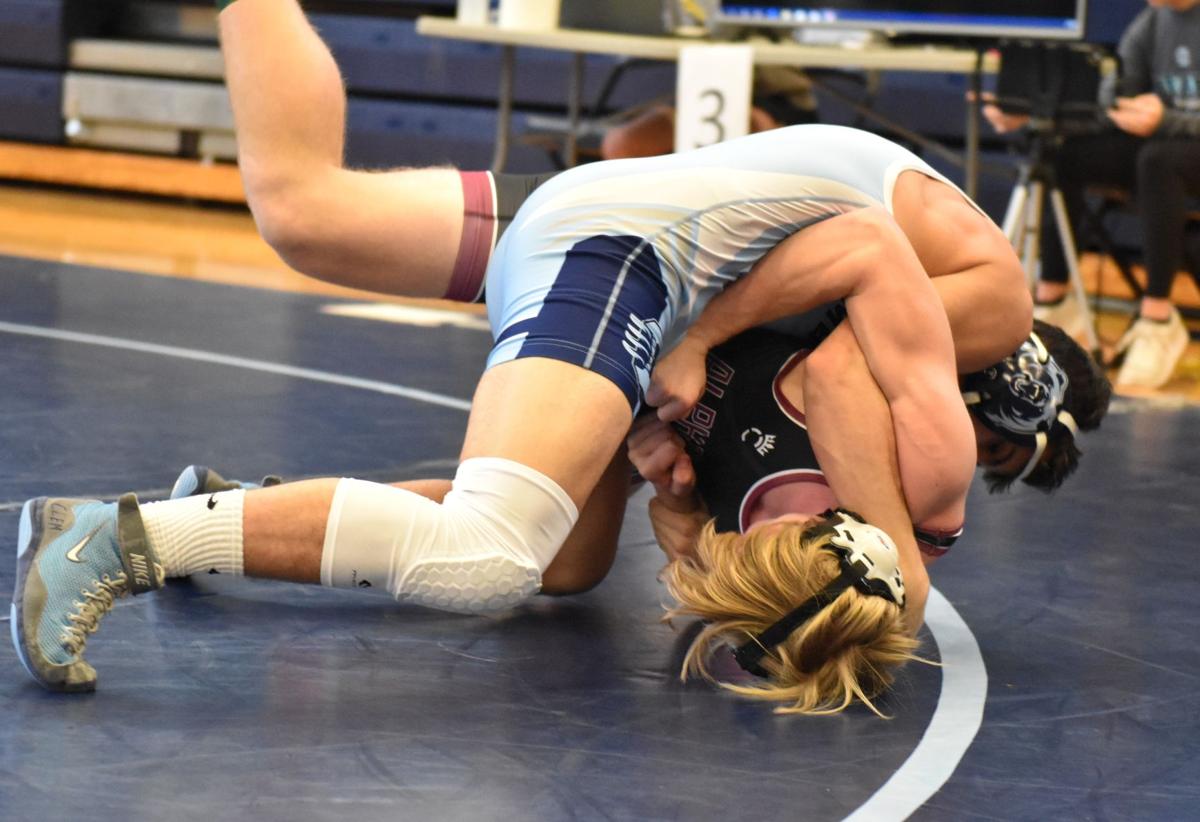 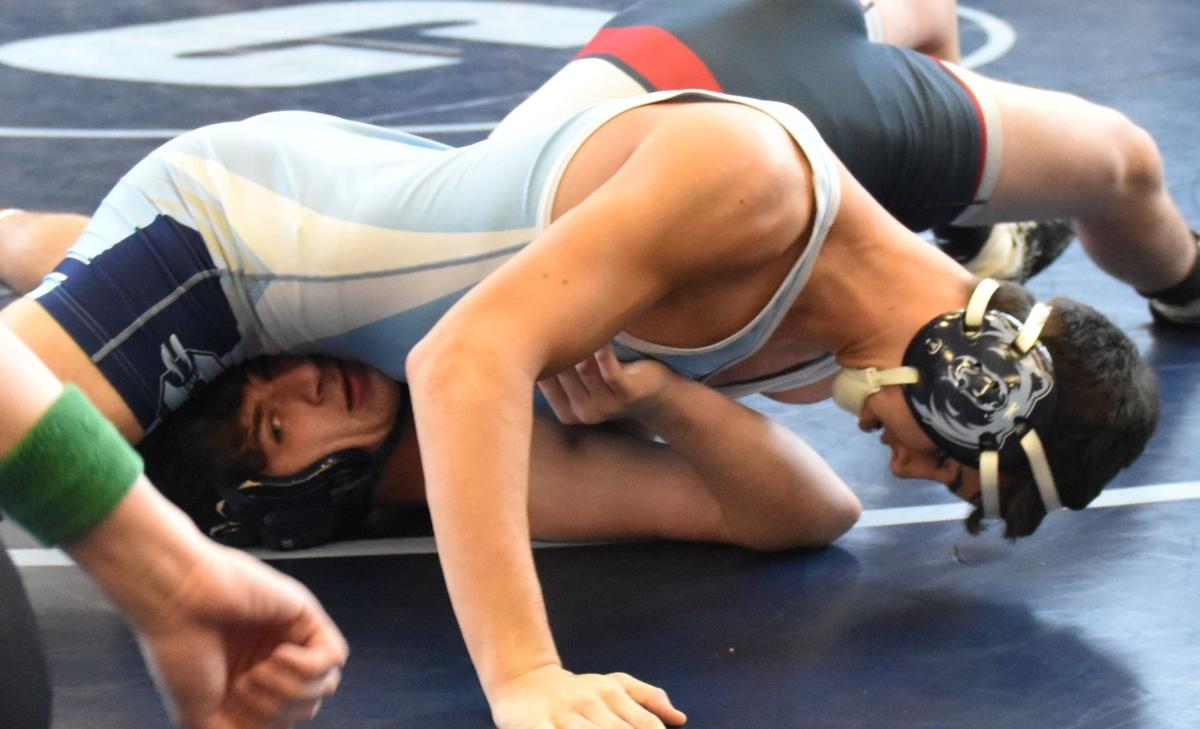 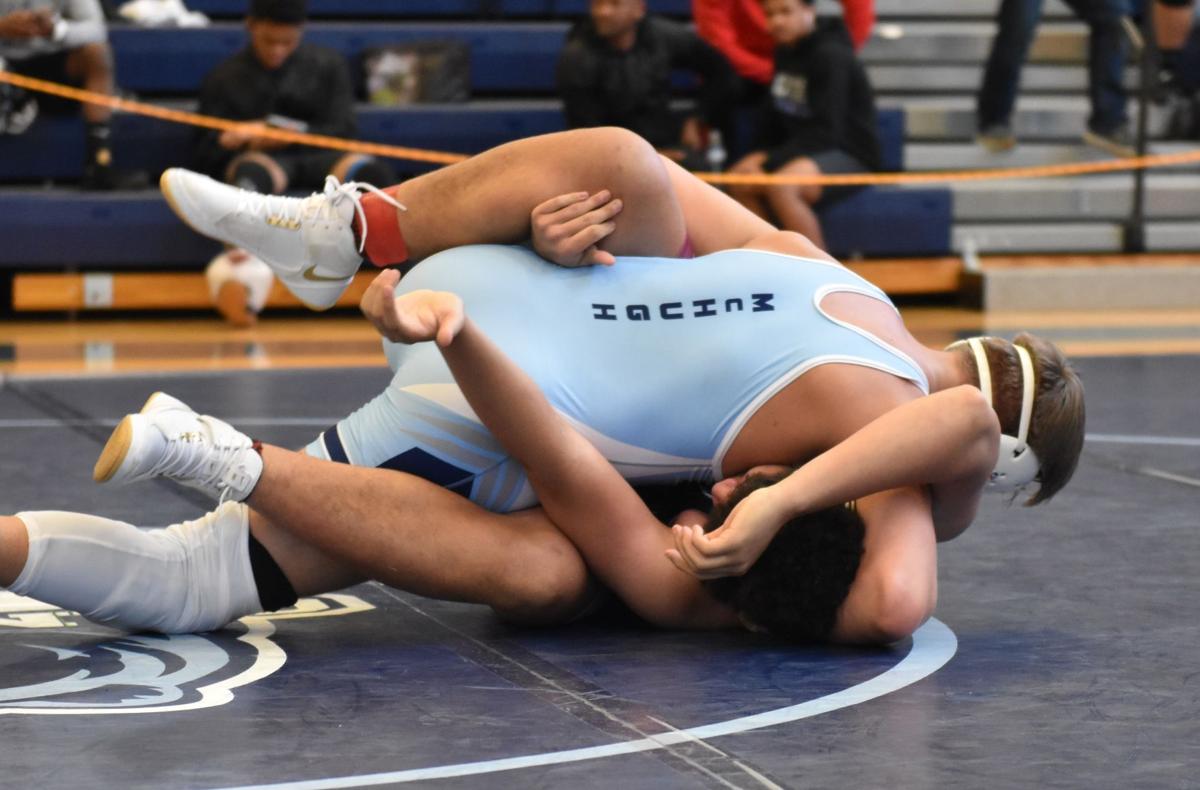 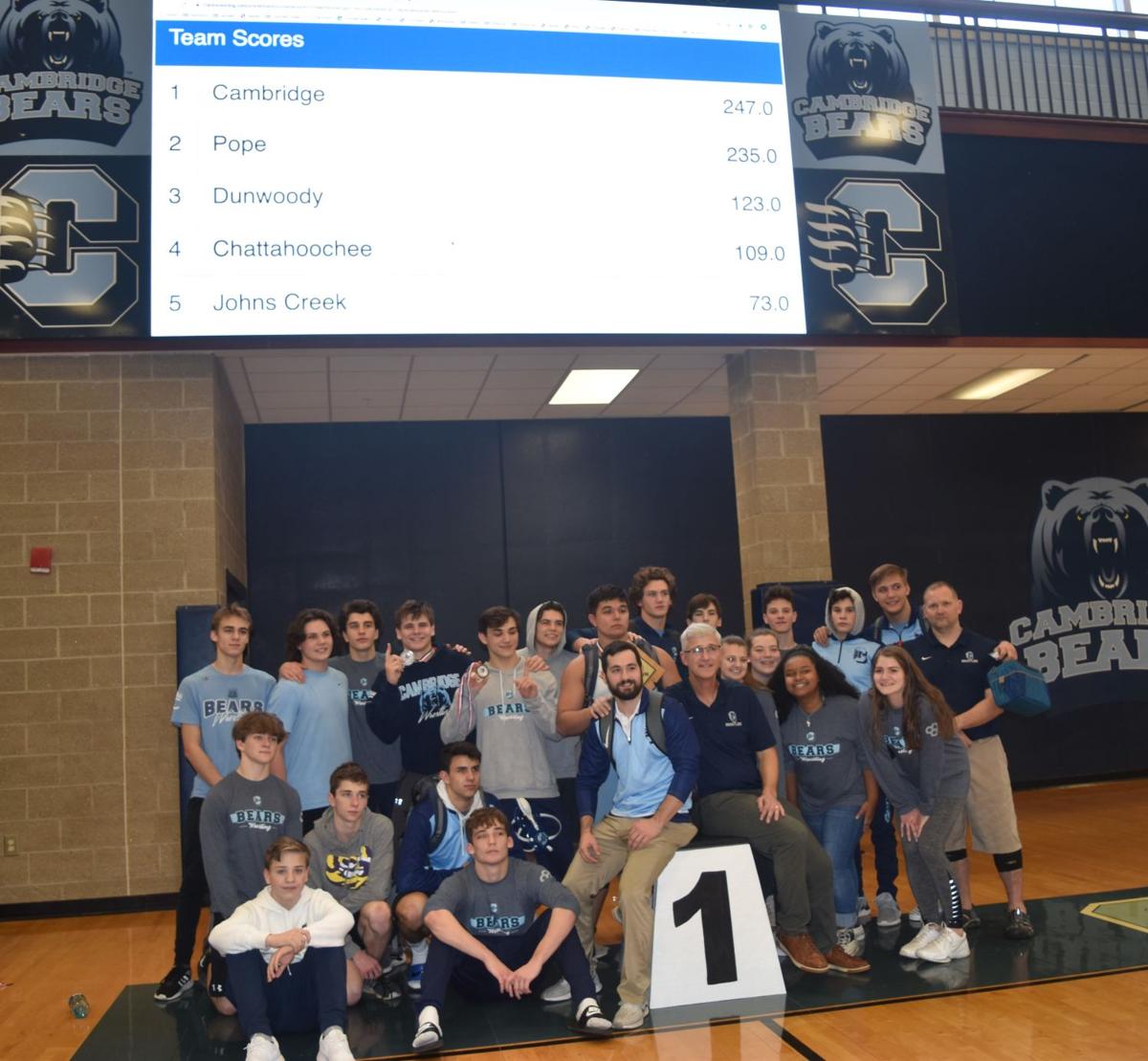 The Bears downed Pope, who edged Cambridge last month in the region dual wrestling meet in January, by 12 points to capture the traditional region title.

The final featuring the Bears and Pope began with Cambridge holding to a tight, 4-point lead over the Greyhounds. Pope began strong in the finals with several lightweight wins over the Bears’ Cullen Kane and Ben Werth.

The tide started to turn when Sebastian Shered beat Pope's returning state runner-up.  Kyle Romano followed that result with a pin, and Nicholas Barton captured a dramatic win with a last-second takedown.

Cambridge picked up team points with wins by Mason Truncale, Miki Baran, and Kalem Kozma, but the Bears still trailed by 11 points. However, six straight Cambridge wins sealed the championship with pins by Kurtz, Gavin Kane, and Julian Petty, and decisions by Mike Hudson (1-0) and Connor McHugh (2-0).

The Bears will send 12 wrestlers to the sectional meet Feb. 7-8 at Alexander High School with berths in the GHSA traditional state championship meet at stake.

For results of the sectional meet, visit trackwrestling.com. Follow Cambridge wrestling at cambridgebears.com/sports/wrest/index.