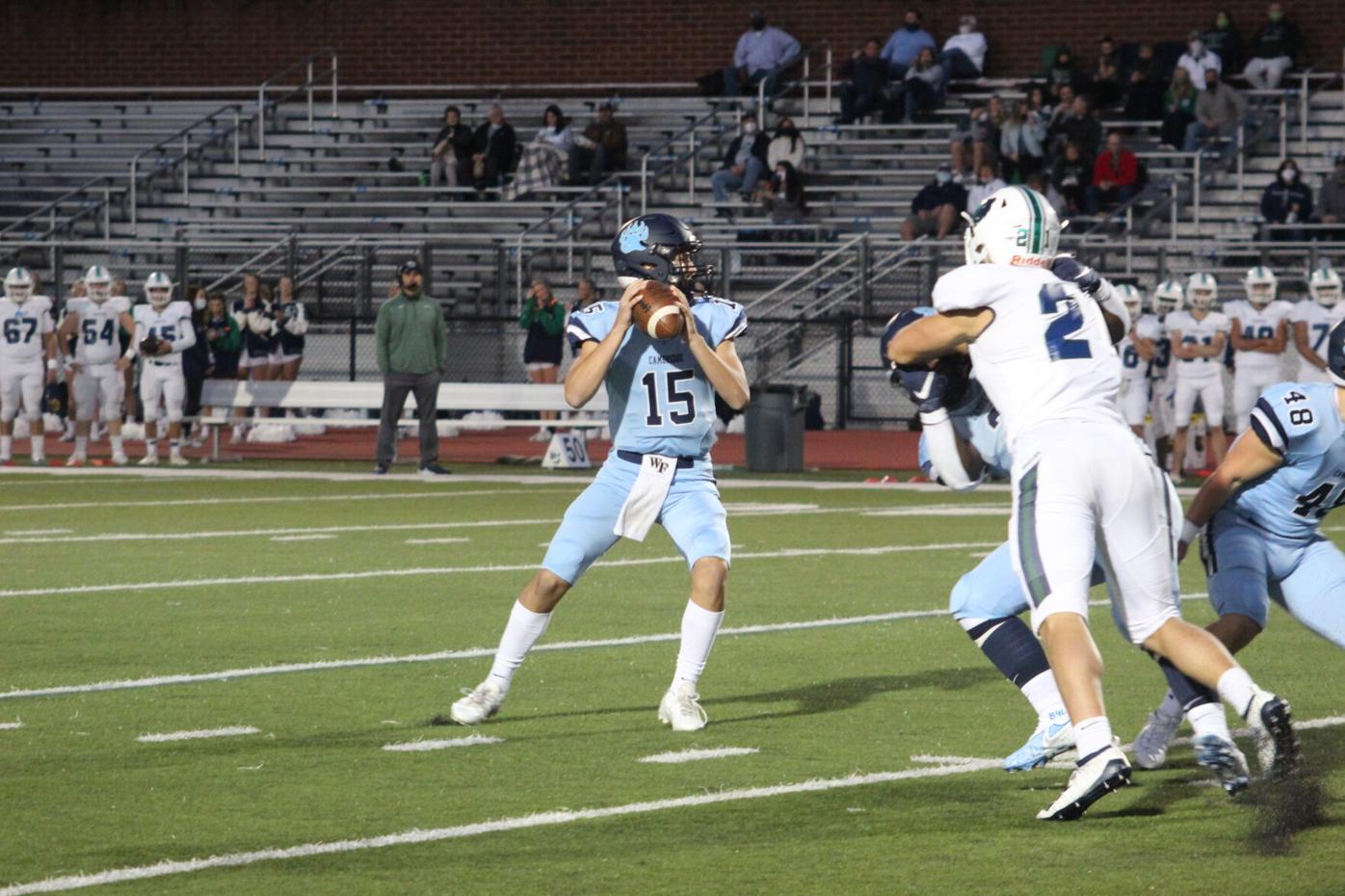 Cambridge quarterback Zach Harris drops back for a pass in the Bears' 19-0 loss to Creekview. 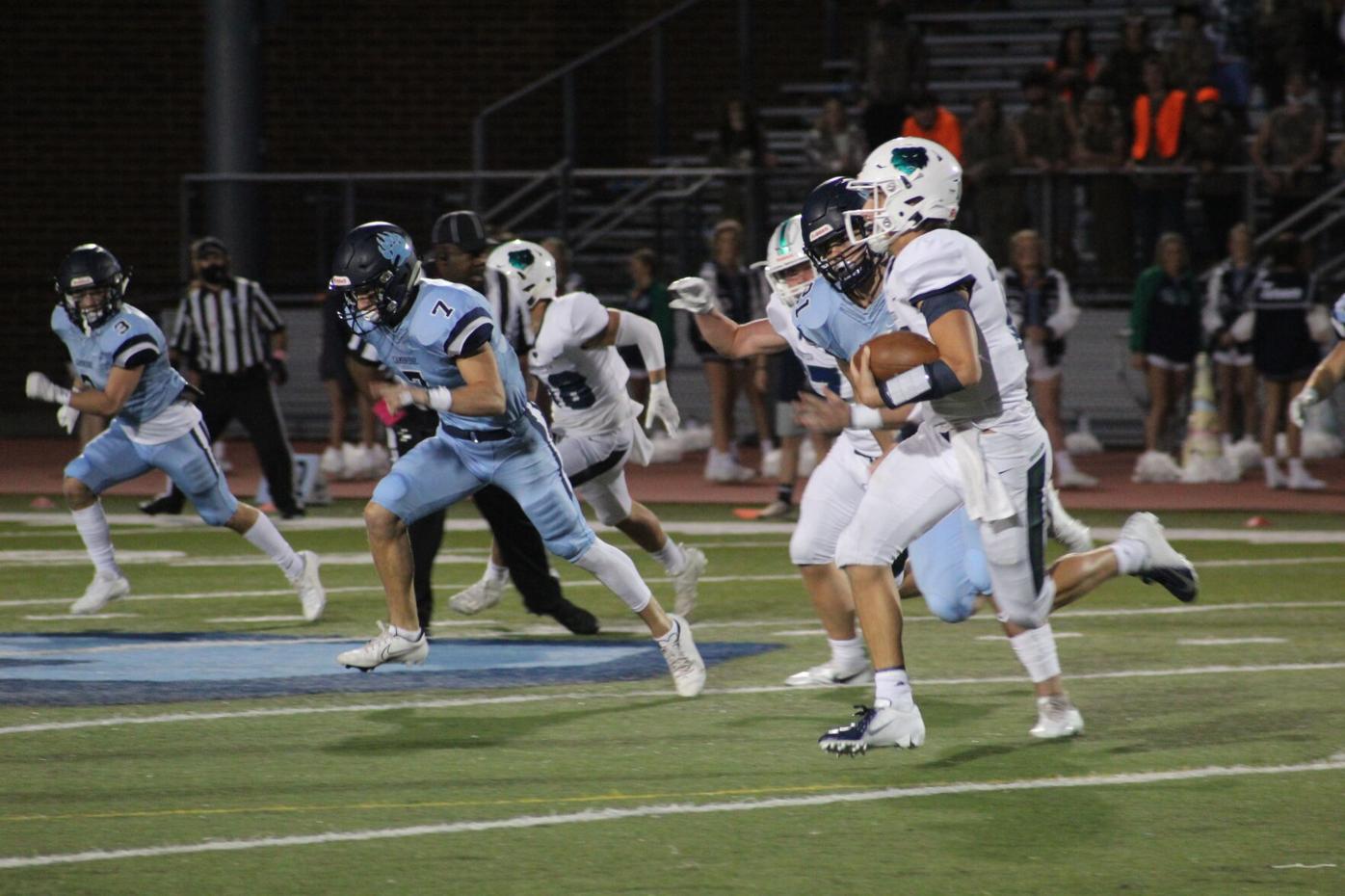 Cambridge quarterback Zach Harris drops back for a pass in the Bears' 19-0 loss to Creekview.

MILTON, Ga. — Football returned to Cambridge High School for the first time in nearly 11 months Friday night with the Bears taking on Creekview in their region opening game. Though the teams were deadlocked for two quarters, Creekview left victorious and handed Cambridge (1-2) its second consecutive loss.

“We found out a lot about ourselves,” head coach Craig Bennett said. “The kids fought hard. I’m proud of that. [Creekview] is a good football team. I think we grew up tonight, though. We grew up a good bit.”

The Bears and Grizzlies entered halftime with a tied, scoreless game after the defenses for both teams came out swinging.

Cambridge’s defense came up with several significant plays in the first half.

Though the Bears were forced to punt on their ensuing drive, the defense was ready for another challenge.

Creekview started with the ball at its own 31-yard line and drove to Cambridge’s 13-yard line. Once again, the Grizzlies were presented with a fourth-down situation inside the Bears’ red zone. And again, the Bears’ defense stood tall and forced a turnover on downs.

Late in the half, Cambridge senior defensive back Graham Browning tipped a Creekview pass and fellow senior Ryan Counts reeled in the interception.

“I’m so proud of [the defense]. You don’t even understand,” Bennett said. “Those kids have been with me for a long time. I coached the defense last year, so I feel a lot of pride in them. They kept us in the game.”

Although the offense did not score in the opening half, the Bears were able to find some success and move the ball down the field. Junior quarterback Zach Harris completed eight of 16 pass attempts for 105 yards.

On the first drive of the second half points were finally put on the board with Creekview breaking the tie with a 47-yard touchdown pass. The Grizzlies went for the two-point conversion, and the Bears defense came up with a stop to keep the score at 6-0.

Creekview extended its lead later in the third quarter after the Grizzlies running back took a screen pass 50 yards for a touchdown. The Grizzlies kicked the extra point this time and took a 13-0 lead over Cambridge.

The Bears punted on four drives in the third quarter and eight times total in the game.

Five minutes into the fourth quarter, the Grizzlies defense threw its final blow at the Bears. The Grizzlies forced and recovered a fumble in the Bears’ end zone to score a touchdown and take a three-score lead.

“Their defense brings a lot of pressure,” Bennett said.

Cambridge is back in action Oct. 9 at home against non-region opponent Langston Hughes (3-0).

“Our kids will respond,” Bennett said. “They came off a pretty tough loss last week, and you see how they played against a pretty good team tonight. They’ll respond. They’re great kids. They work hard and believe in what we do. I have no doubt we’ll respond.”