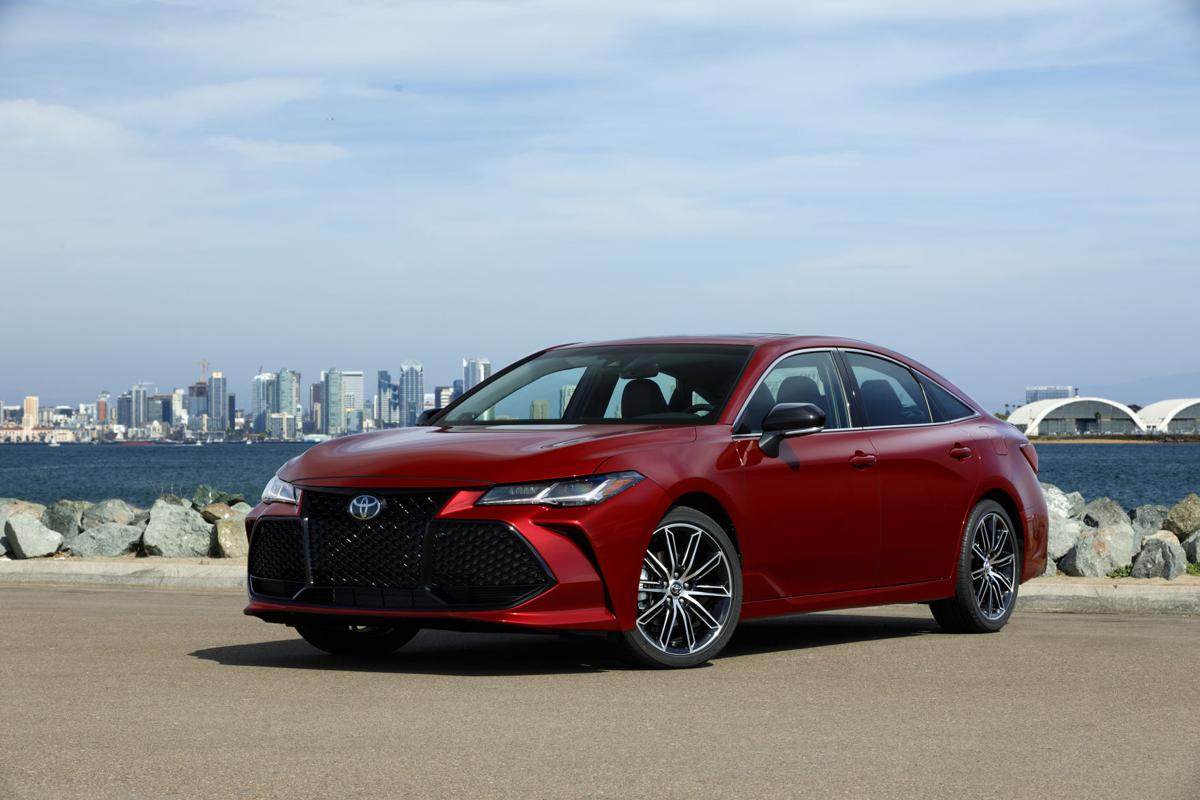 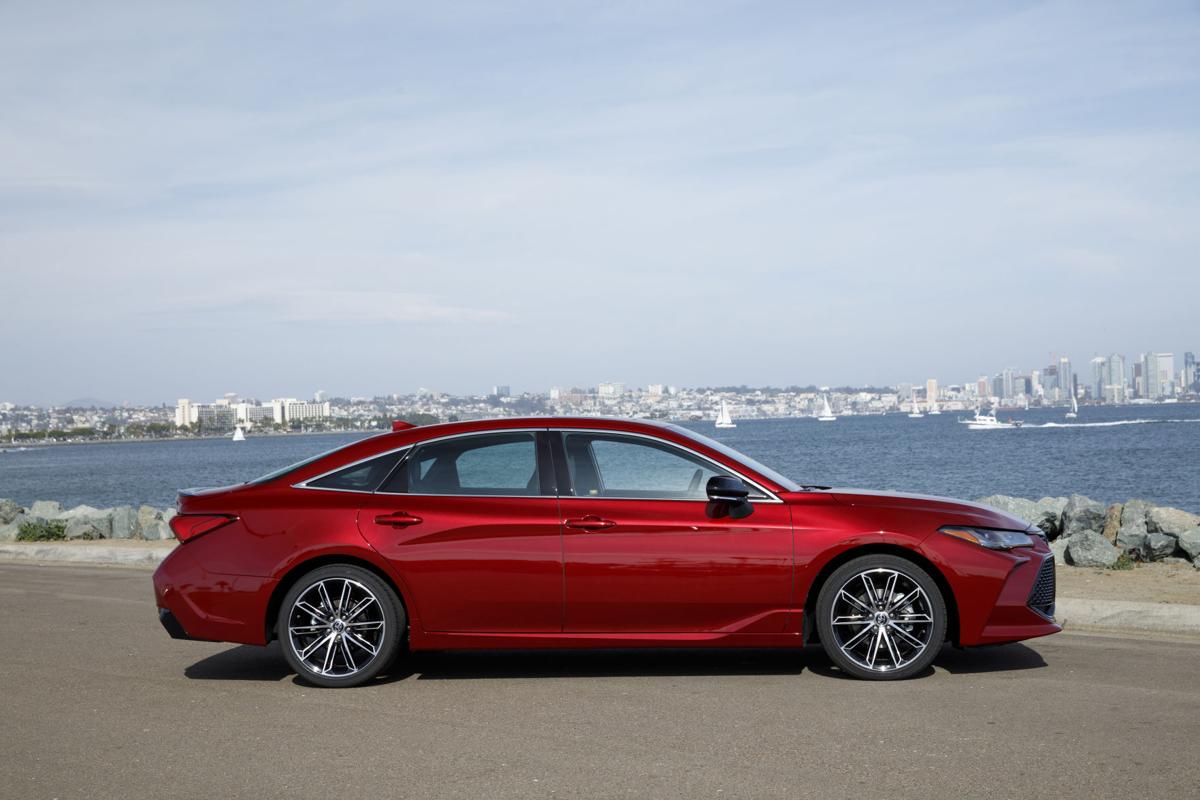 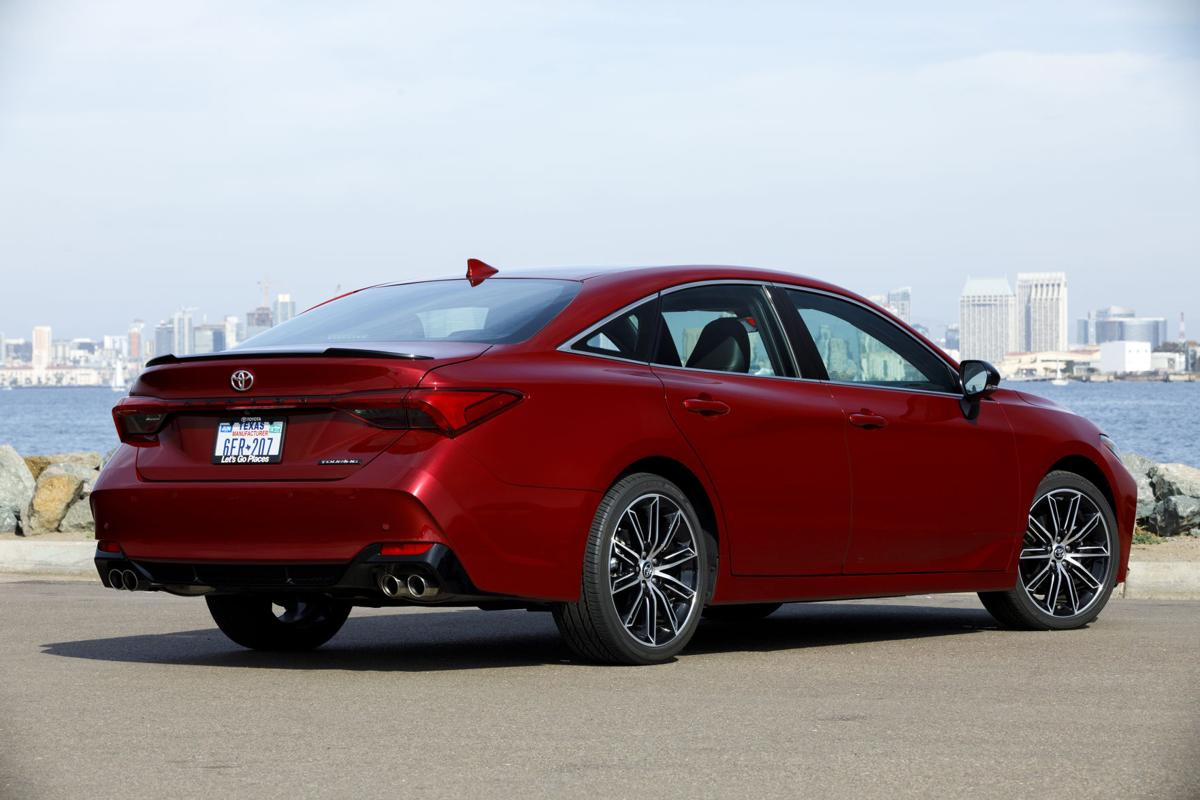 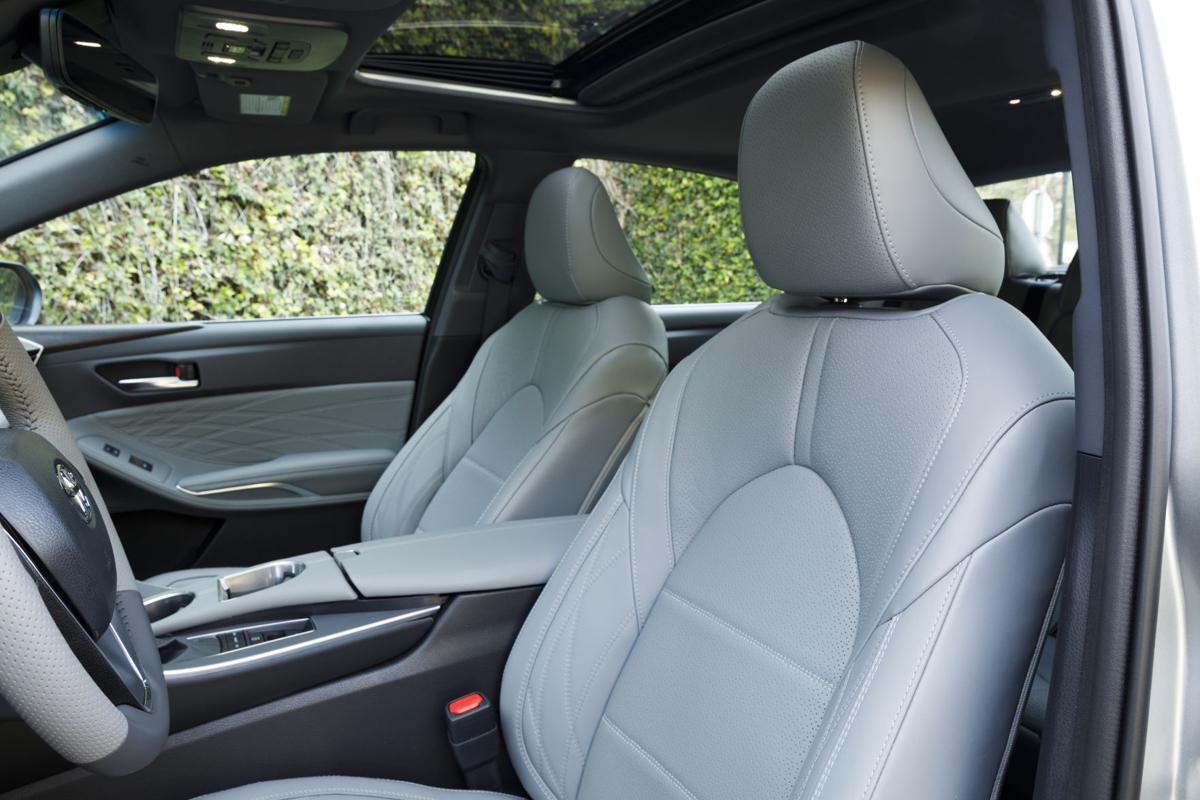 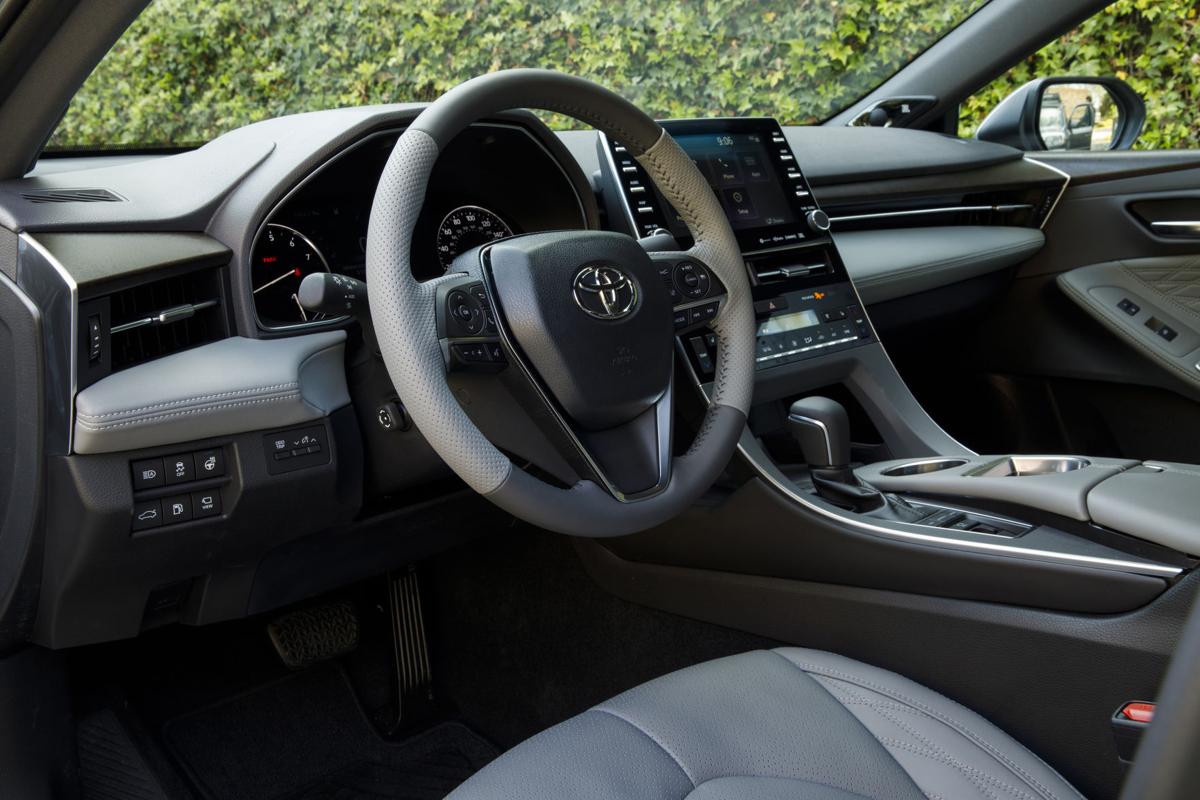 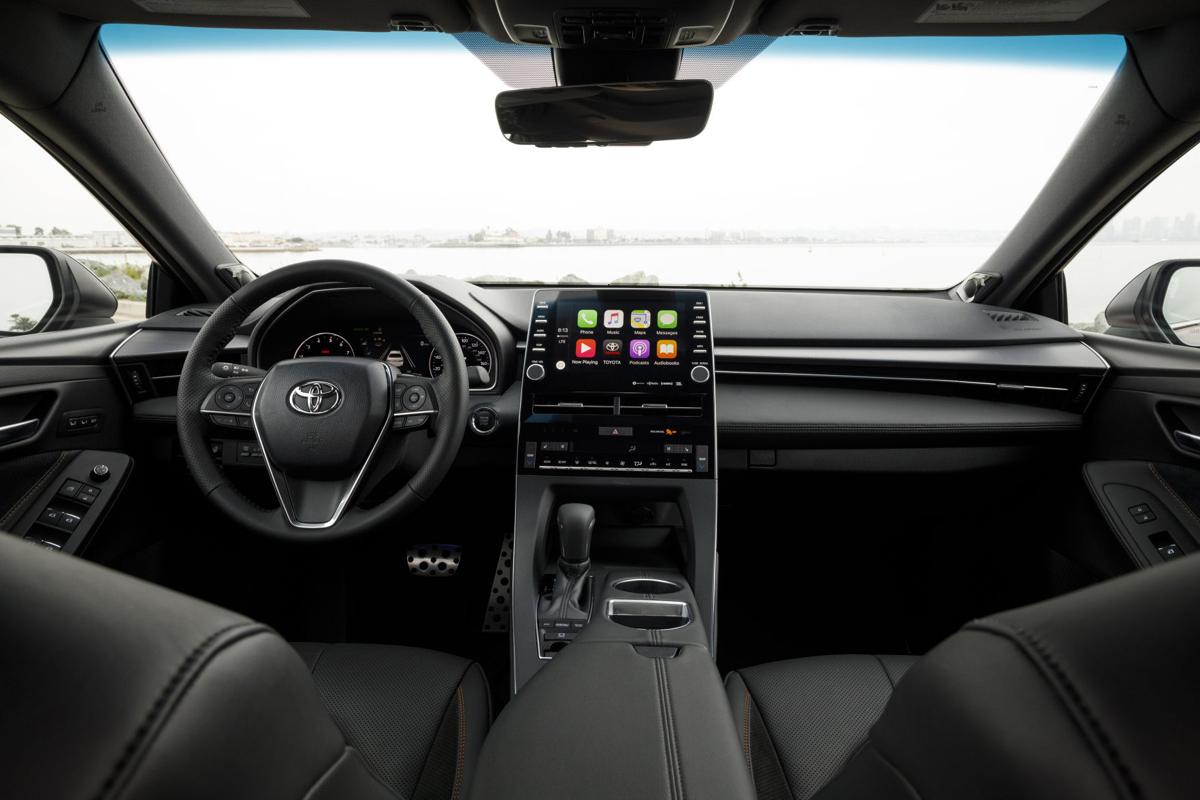 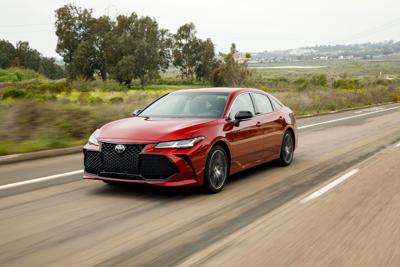 Occasionally I venture deep into the rabbit hole that is YouTube. But unlike some who end up watching the comprehensive history of adhesives or a North Korean animated series from the ‘70s, I always seem to land on compilations of TV commercials from yesteryear.

I love looking back at old advertisements because they are a snapshot of the times. You get a sense of the fashion, the popular trends, the foods, the general socioeconomic status of the nation as a whole and more. Gather enough commercials from the same time period, and you have created a time capsule in video form.

My favorite era of commercials is the late ‘80s into the ‘90s — when I was a kid. I even remember some of the ads, and immediately I’m taken back to the living room of my parent’s first home.

In all the time I have spent watching these compilations, which is more than I’d like to admit, rare is the advertisement for an SUV. Sure, there are some ads for Jeep Grand Cherokees and the like, but they are hugely outweighed by adds for mid-sized or full-sized sedans.

These videos show a time when the car ruled over the SUV/crossover crowd.

The 2020 Avalon will not overthrow the new kings and put the full-sized car back atop the throne, but for those wanting a car in the true sense of the word, the Toyota is a solid choice.

A hybrid offering 215 net horsepower is available that will yield drivers an estimated 44 mpg. I had my go behind the wheel of a gas-only model, powered by a 3.5-liter engine offering 301 horses and 267 lb.-ft. of torque.

The six-cylinder powerplant scuttles the Avalon up to speed respectably and provides ample power and acceleration for all daily driving situations. The engine is responsive to input and smooth in its power delivery. That power is sent solely to the front wheels, however. Those wanting all-wheel drive will have to wait until the 2021 Avalon hits showrooms.

The automatic transmission offers eight gears and shuffles through them smoothly, though I did note a few less-than-perfect downshifts in slower traffic. That is more of an observation than a direct criticism, though. It was otherwise without fault.

While it’s no match for the efficiency of the hybrid, fuel efficiency figures from the EPA on the Avalon are 25 or 26 combined, depending on trim.

Ride quality also depends somewhat on the model in question. Front and rear MacPherson struts come in most trims — and their tuning varies among the selections — while the top-tier Touring version gets an adaptive system.

My upper-midrange Limited model was quite comfortable, with only the most stubborn road imperfections transferring jolts to passengers. The cabin is whisper quiet on backroads, and a negligent amount of noise is present at highway speeds.

The Avalon’s bulky dimensions provide passengers with acres of room stretch, and its seats are wide and supple. Even the backseat has enough space to allow passengers to adjust their underwear while buckled, and that, my readers, is some useful consumer information.

The Toyota offers 16-cubic feet of trunk space. Yes, in the age of crossovers and SUVs, the Avalon comes with trunk. While many crossovers will offer more cubes, their cargo areas will not conceal that you have not moved your gym bag in months from the snooping eyes of your coworkers in the parking lot. And a trunk will isolate the stench when you finally put some sweaty clothes in said bag.

The accommodating cabin is also modern and cleanly styled, highlighted by the cascading center stack that houses the 9-inch infotainment screen running Toyota’s Entune system. The system’s layout, for both touchscreen and analog inputs, is user-friendly, but it can be slow to respond. Apple CarPlay compatibility is standard, but Toyota has left Android users out in the connectivity cold.

Among its competitors, the Avalon pricey. Base models start at $36,800 — a few grand more than a Nissan Maxima or Kia Cadenza — but the Toyota does come with sizeable helping of features.

All trims are fitted with dual-zone climate control, a 7-inch digital display in the gauge cluster, synthetic leather-trimmed, heated seats with lumbar support, four USB ports, heated outside mirrors and dual exhaust. All but base XLE models get a power tilt/slide moonroof.

Touring and Limited models get heated rear seats, a 10-inch head up display, premium JBL sound system, navigation, heated steering wheel and other features. In fact, there is only a $500 difference in starting price for the two top trims, and that’s because the only things separating the two are paddle shifters in the Touring (deleted in Limited), wood vs. aluminum trim (Limited gets the tree carcass), Touring gets a Sport+ mode and Limited gets real leather seats.

Sitting between the two closely priced top trims is the major Avalon update for 2020, the introduction of the Avalon TRD. Which, in fact, is short for Toyota Racing Development, not turd, despite what your brain originally jumps to upon seeing “TRD.” Or maybe that’s just me.

The TRD comes with a more aggressive look and a sport-tuned suspension, which will appeal to, um. Well, I don’t know who is in the market for full-sized, semi-lux Toyota geared toward comfort with a trim name that conjures up thoughts of toilet snakes, but it is available if you are.

With SUVs and crossovers dominating the market, running down some of the highlights of the 2020 Avalon can sound a bit like the commercials of long ago. A naturally aspirated six-cylinder engine. A roomy cabin and four doors. A cavernous trunk. Sumptuous behavior on the road and a low ride height.

Those are the kinds of highlights you could hear from an early ‘90s full-sized sedan commercial. Or, in the case of the Avalon, you can see first generation model badly transposed among the blue skies while “driving” along the puffy white clouds. A voiceover then tells viewers to “Experience the tranquility” of the Avalon.