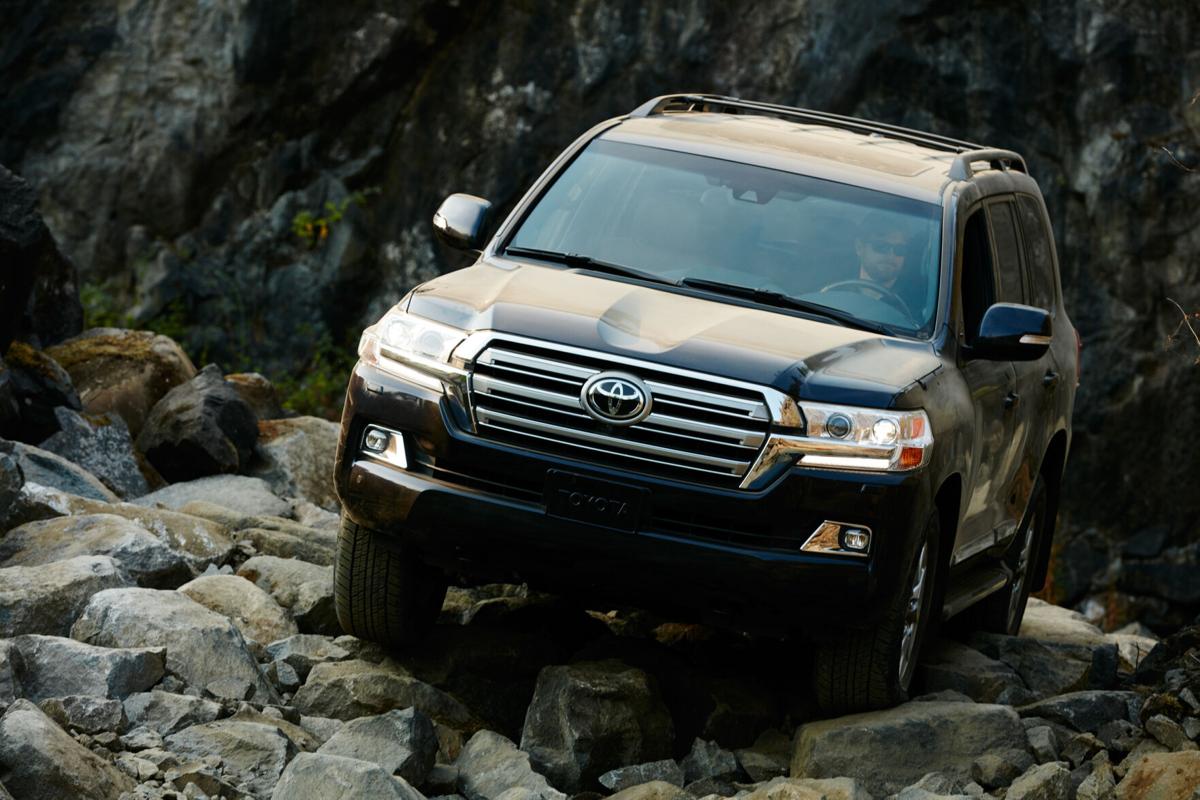 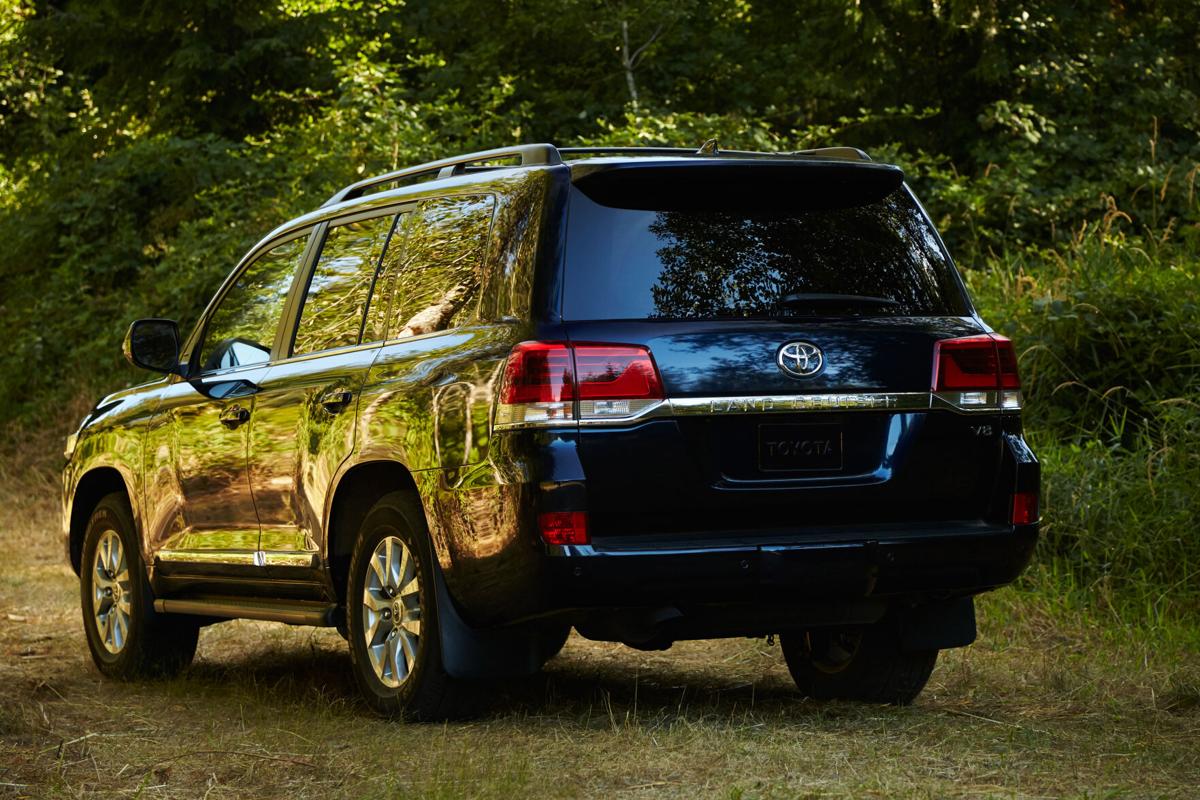 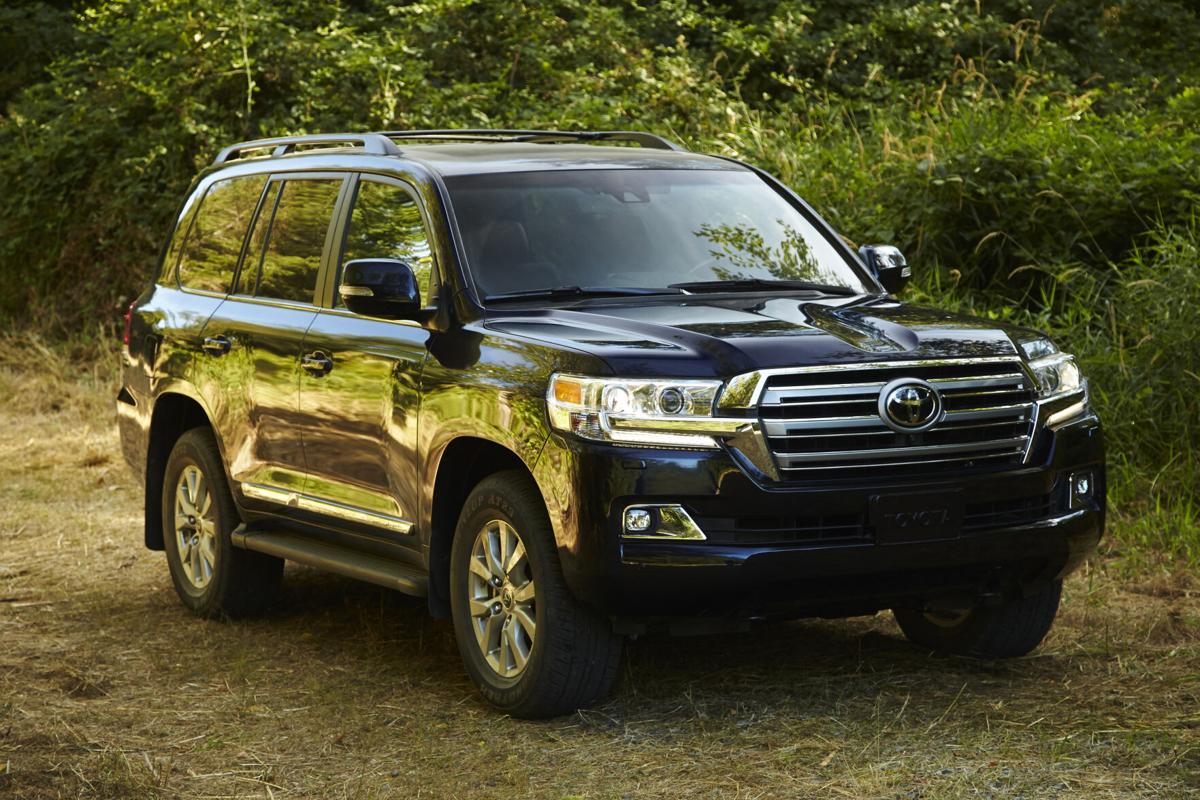 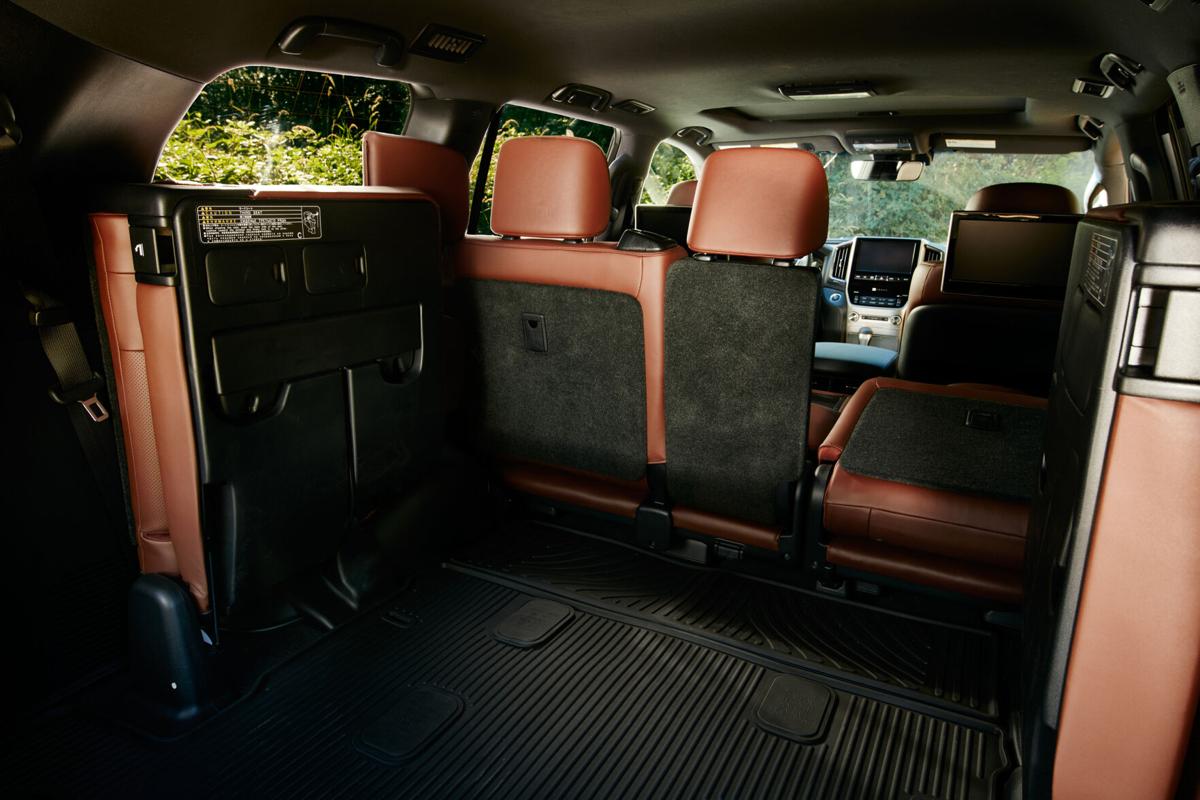 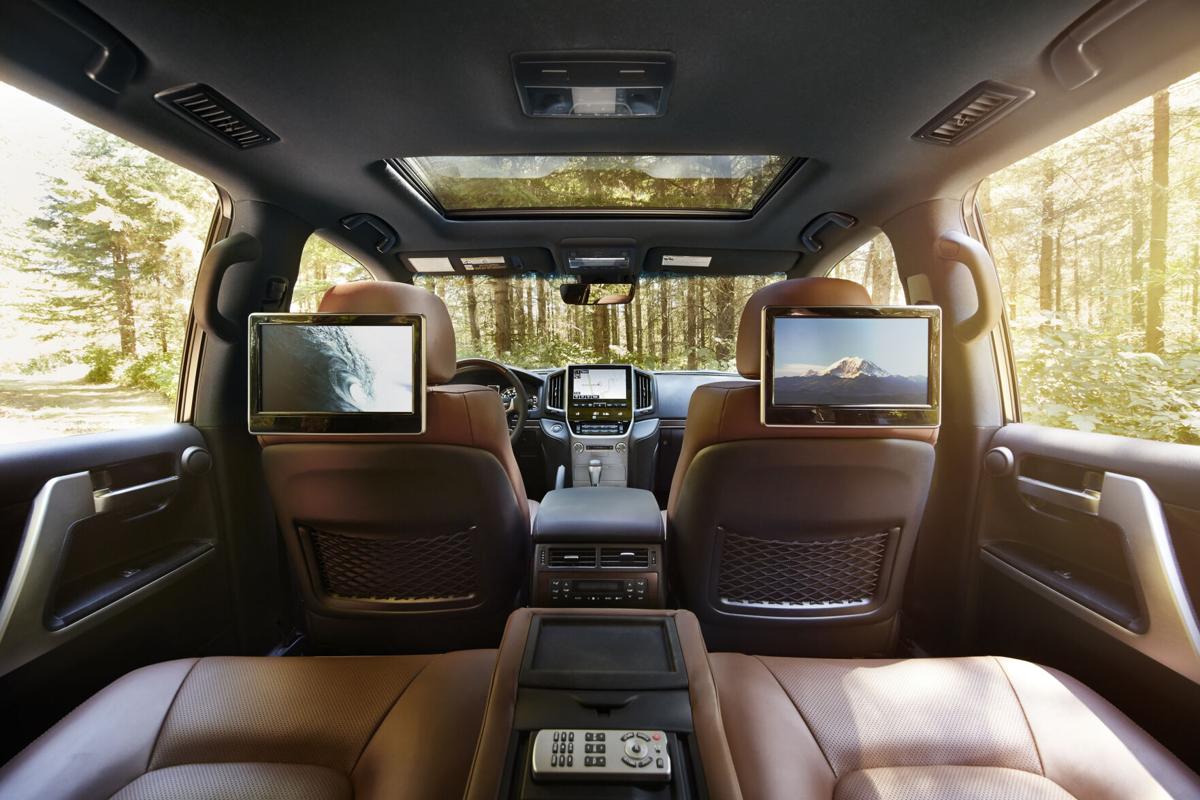 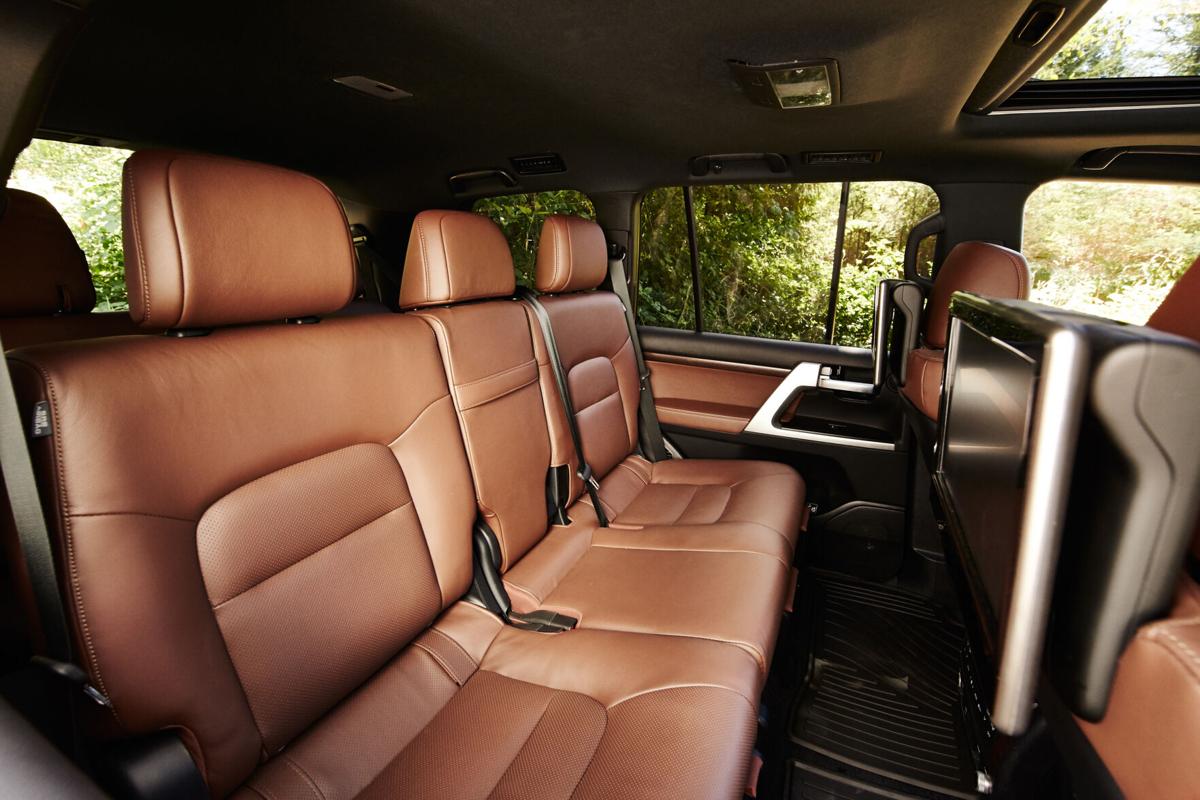 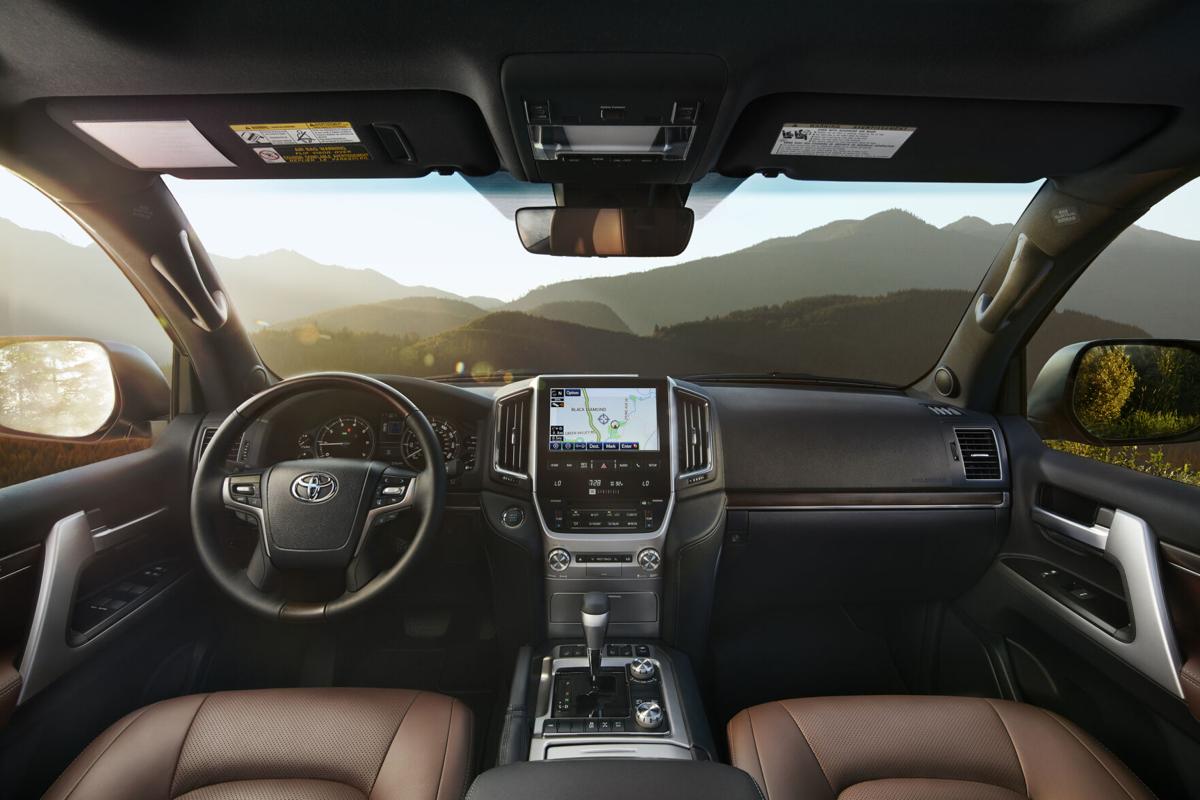 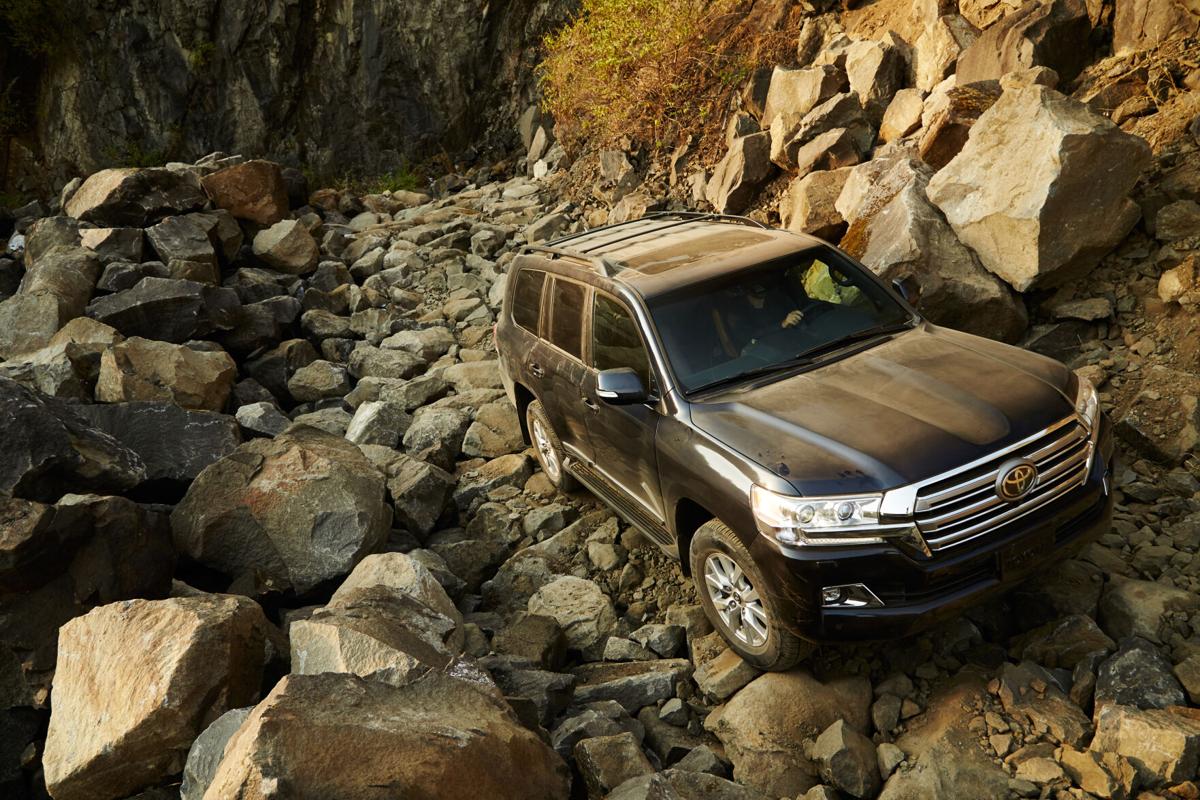 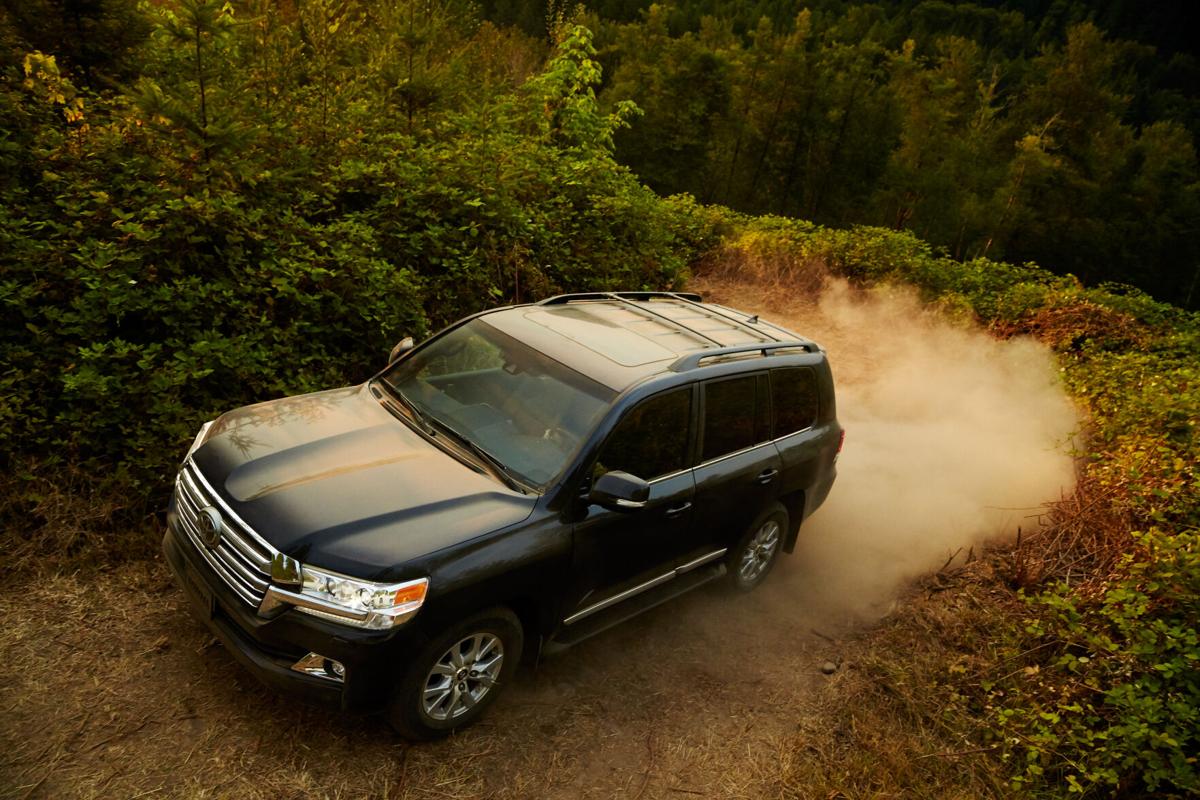 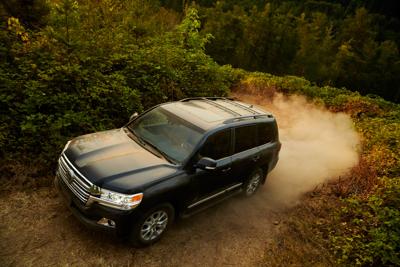 Many modern SUVs hit the market with little focus on what SUVs were originally intended to do — venture off the beaten bath. But as the Toyota Land Cruiser approaches its 70th year in production, it is clear it has not forgotten its roots.

The Land Cruiser sports a full-time four-wheel drive system with a Torsen locking center differential, a 2-speed transfer case with selectable low range, beefy P285/60R18 mud/snow tires, skid plates to protect the underbody and a torquey V8. There is also a horde of electronic wizardry to handle terrain, including a system to help control wheel spin, different terrain driving modes, Downhill Assist Control and a steering function that tightens the Land Cruiser’s turning radius on narrow paths. CRAWL control can also take over brake and throttle inputs at low range to allow the driver to focus on steering, and there is a 360-degree camera to make sure he doesn’t get his one job wrong.

I have been told that the Land Cruiser is not just a seriously competent off-roader on paper, it’s the real deal. And other reports corroborate this statement.

So, buyers in the market for an SUV that can move mountains while climbing them should consider the 8-seat bulky boy that has been a staple in Toyota’s lineup for the better part of a century. But those who consider running over fallen leaves to be off-roading will want to shop around.

The Land Cruiser is loaded with amenities, creature comforts and tech, and it has a refined interior and comfortable ride. However, it suffers from a cramped third row, limited cargo space, paltry mpg figures and a hefty price tag.

First, the good. And that starts with a long list of standard features.

Highlighting the exterior is full LED lighting, roof rack, aluminum side running boards, rain-sensing windshield wipers, 18-inch alloy wheels, power liftgate and, if you consider a moonroof to be an exterior feature, it’s got one of those, too.

The catalog grows significantly in the cabin. The Land Cruiser comes standard with features like wireless charging, heated and ventilated semi-aniline leather front seats that move in a myriad of ways, heated second row seats, a 14-speaker JBL sound system, 9-inch touchscreen and four-zone climate control with controls for all four zones. The center console even doubles as a cold-air-fed cooler.

The Land Cruiser also gets high marks for its comfortable ride. Body roll can be significant at times, but potholes and particularly lumpy bits of pavement are softened. The 8-speed transmission is also smooth in its delivery of another gear.

Objects in the cabin feel sturdy and well-constructed and surfaces are soft to the touch. Things are spacious for those in the front row, and the 40/20/40 split, siding rear seats are accommodating for two adults or three smaller kids.

The hulking 5.7-liter V8 offers 381 horsepower and 401 lb.-ft. of torque to provide the grunt to get the Land Cruiser moving with ease, and it is fairly responsive to throttle input.

That performance comes with a cost, though. And with that, we move into the “bad” of the Land Cruiser.

Three-row SUVs aren’t exactly teetotalers at the fuel pumps, but the Land Cruiser is a chugger even compared to its counterparts, gulping gas at a rate of a gallon every 13 miles around town and a every 17 miles on the highway.

Despite the Land Cruiser’s sizeable proportions, the available cargo space behind the third row is smaller than its rivals. And getting into the third-row as an adult requires a stretch to loosen limbs, a firm entrance strategy and lots of old-man noises as you wriggle your way into a space that can only really fit smaller kids. Also, the third-row seats retract vertically, which is creative, but cuts down on visibility when turning at an oblique intersection.

The steering is also light, which is good for an SUV of this size in a parking lot, but not along a winding road.

The Land Cruiser is also showing its age. Compared to most of its rivals, the Toyota looks dated. And without a major styling overhaul since I was in high school, it is.

Then there’s the price — $86,640 for a base model and just under $89,000 for the Heritage Edition, a 5-passenger only model with BBS wheels and exclusive exterior and interior trim. That’s on par with offerings like the Mercedes GLS, BMW X7, Cadillac Escalade or Lincoln Navigator.

While the Land Cruiser certainly delivers in the luxury department, “Toyota” just doesn’t have the same pomp as its luxury brand counterparts for those who care about such things.

If off-road ability is still a priority, the Land Cruiser’s asking price nears that of the starting point of a Land Rover Range Rover. While it is smaller, a fully loaded, 7-seater Land Rover Discovery can be had for about $20,000 less than the Toyota.

The Land Cruiser has been steadfast in its commitment to providing off-road ability in a vehicle created for such endeavors, and if you a regularly need to tackle the terrain not listed on Google Maps, it is a worthy choice to get you and many others there with lux appointments. But buyers who will spend their time on the paved paths might want to look elsewhere.