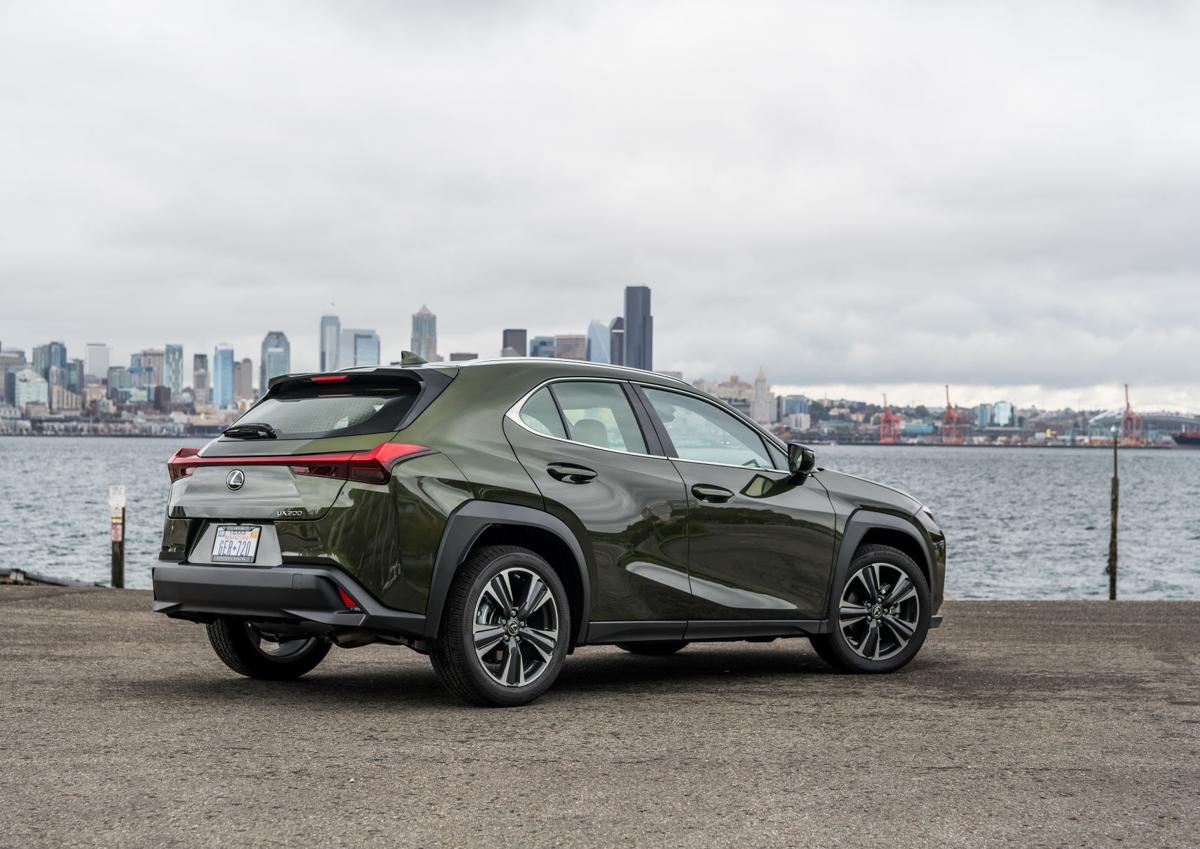 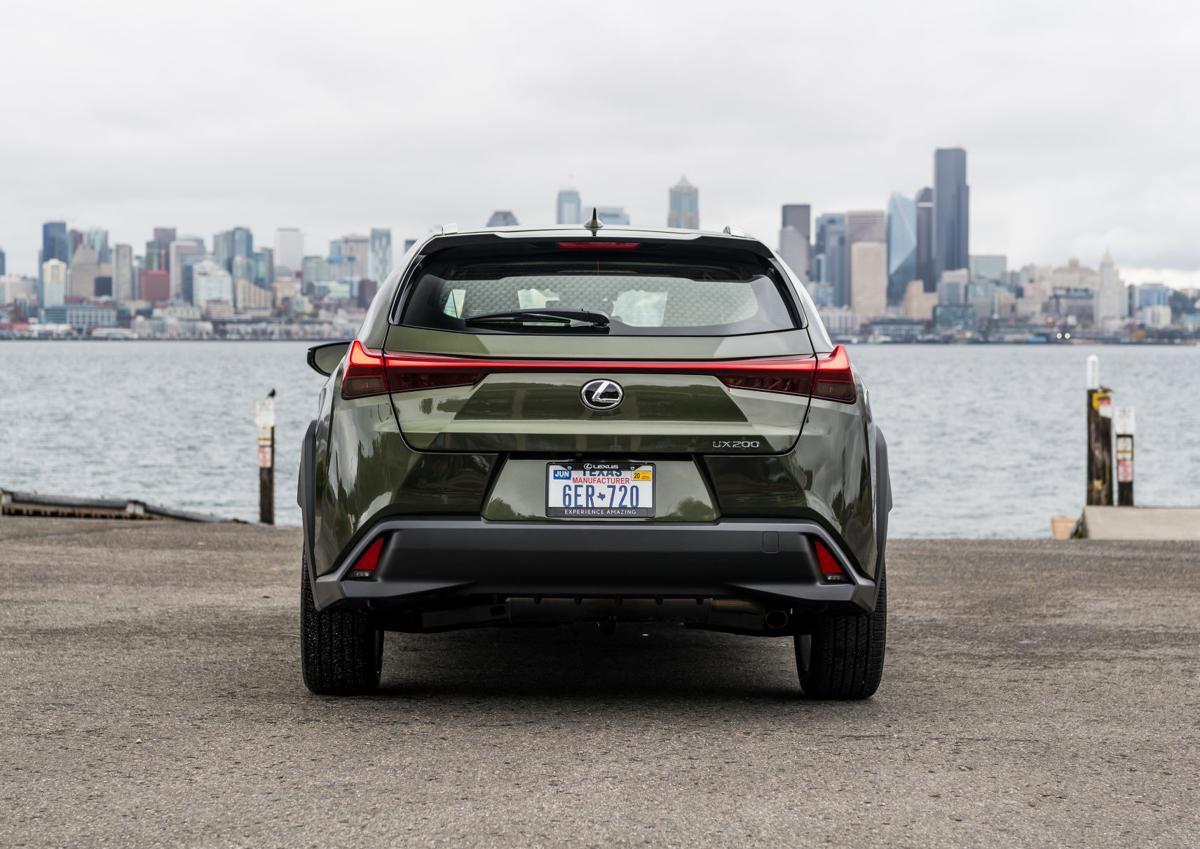 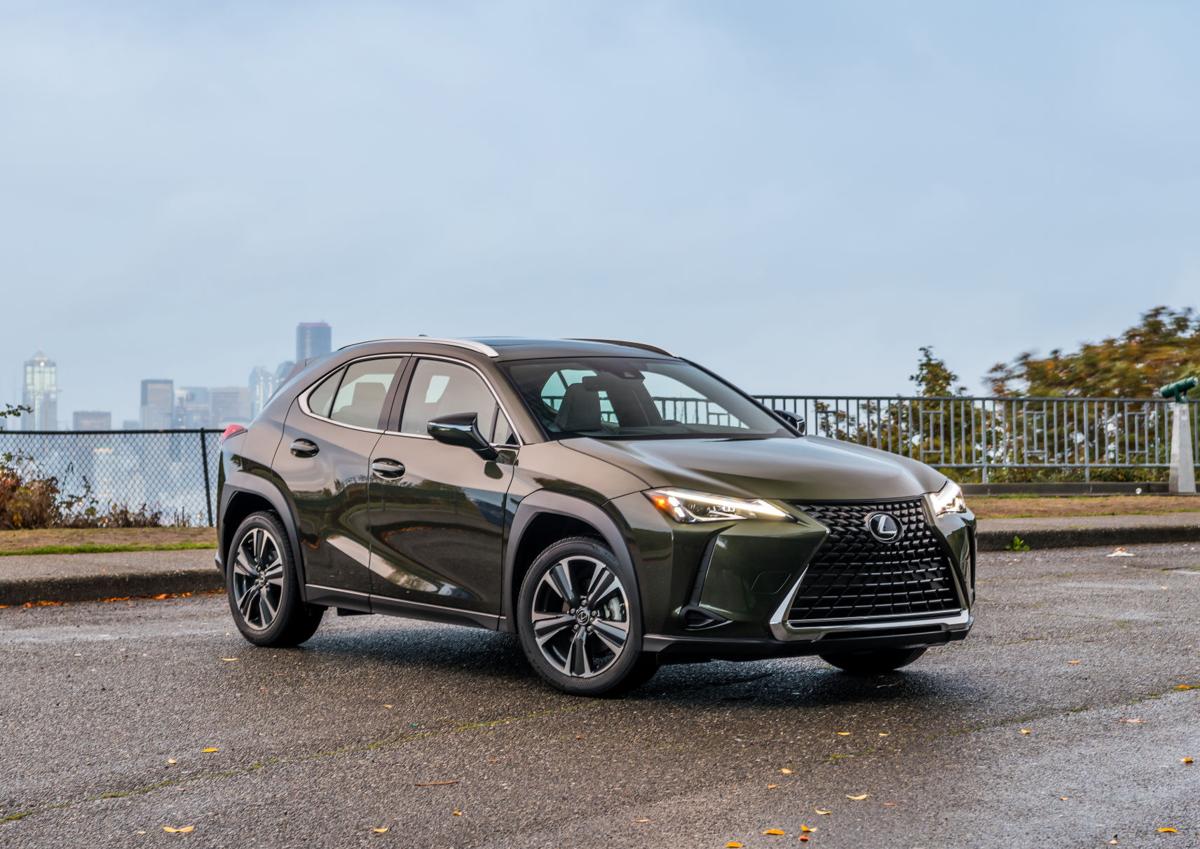 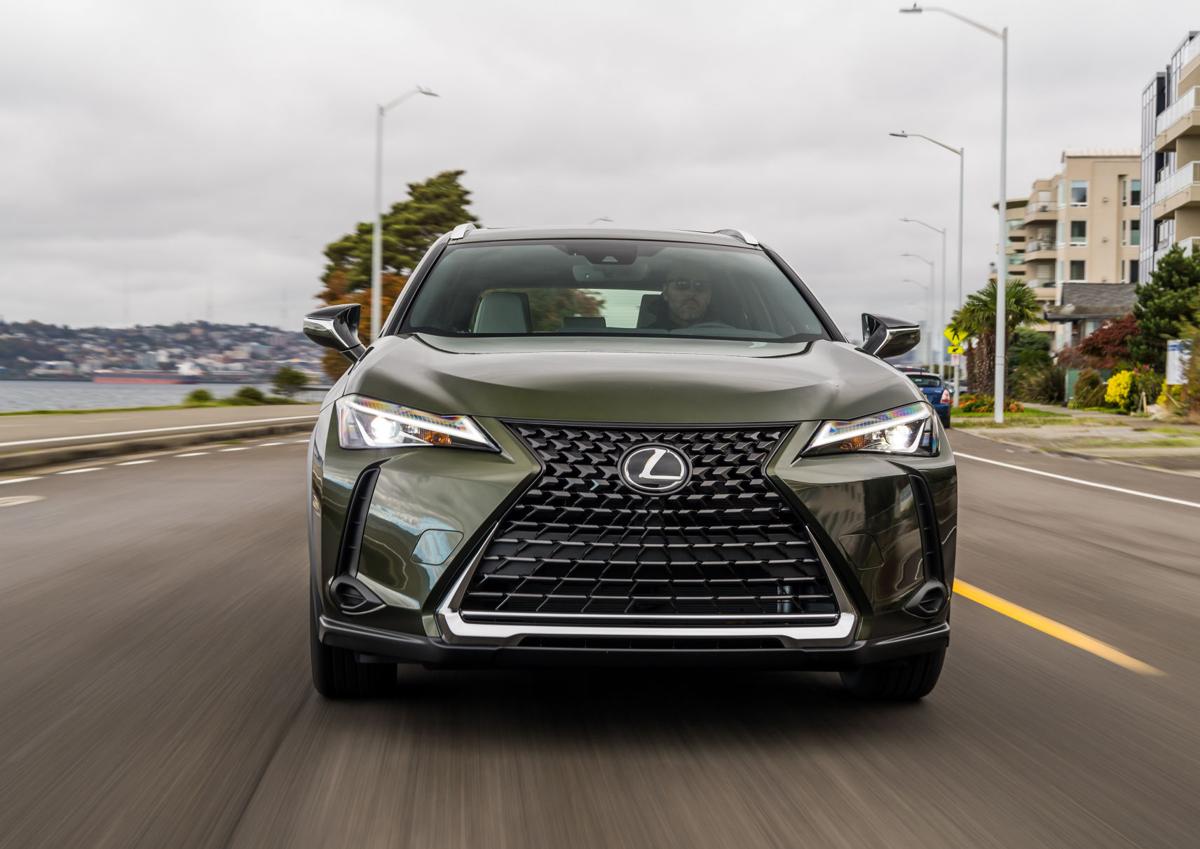 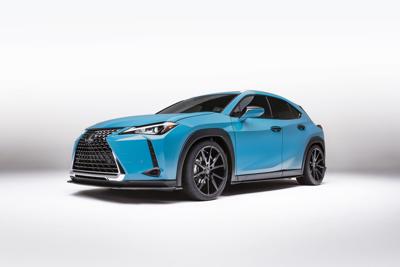 “Manspreading” is a term for sitting with one’s legs so wide it infringes on other’s space, especially on public transportation, and has been cited as a micro-aggression against women. Manspreading has been the subject of public transit campaigns and social media debates that, like all social media debates, include well-constructed and intriguing points presented in a polite but confident manner. And if you believe the latter portion of that sentence, I’d like to introduce you to the internet.

Manspreading was also the inspiration for a University of Brighton student, Laila Laurel, to create a “men’s chair” that forces the legs together when sat upon.

Laurel’s chair was only a concept, but I have found a real-world version — the driver’s seat of the 2020 Lexus UX.

The UX is Lexus’ latest venture into the luxury crossover market, and it puts the “sub” in “subcompact.”

By most measurements, the UX provides less space for passengers than its rivals — the BMW X1, Audi Q3, Cadillac XT4 and Volvo XC40. Only the Mercedes GLA shares similarly small dimensions, but a redesign will swell the German’s cabin come 2021.

Manufacturers have stuck to dimensions like headroom, legroom and the like to measure interior room, so I cannot give you a definitive number of cubic inches of crotch space there is in the UX, but I know it’s not a lot.

The problem for men is that the center console gradually rolls inward toward the driver’s side, infringing on his space and forcing his right knee closer to the left. Much like Mrs. Laurel’s “men’s” chair.

The console’s encroachment would be rather insignificant on a larger Lexus, but the UX ‘s already minute proportions exacerbate the issue. I could never seem to get comfortable behind its wheel. Either I was pinching the wedding tackle or sitting at an awkward angle to avoid doing so.

If you are a female or a male masochist, you might still be interested in the UX, though. Some of its high points include striking styling, a composed ride and great fuel economy, but sluggish acceleration, frustrating infotainment controls and a cramped cabin with limited cargo serve are negatives.

The UX can either be had with a 169-horsepower turbo-four with front-wheel drive or a hybrid system offering 181 horsepower. I had a go in the hybrid, which gets fitted with all-wheel drive. Well, sort of. The UX hybrid uses an electric motor to drive the rear wheels, but above 43 mph all power is sent to the front wheels.

Either way, the UX’s power plant is in no rush. In the hybrid, the electric motor does provide an initial punch when accelerating, but overall the UX is not what you would call a performer with 0-60 taking 8.6 seconds and an overall lackadaisical attitude.

The sound of the engine does not bear excitement either with its buzz providing all the aural sensation of running a blender. Other than engine noise, the UX’s cabin mutes the outside world well.

Both the hybrid and gas-only models get Toyota’s Direct Shift continuously variable transmission, which uses a launch gear before performing like a standard CVT.

The decidedly un-sporty driving characteristics do not deliver on the aggressive, sculpted styling of the UX. The body almost looks chiseled with sharp inlets, a rising character line that gives an in-motion profile and razor thin headlights and taillights.

Speed is not the UX’s strength, but it is well-mannered on the road, leveling out bumps and staying well composed in corners. And though the brake pedal can feel like operating a switch at low speeds, the steering is accurate and quick.

Three trim levels are available for hybrid and non-hybrid UX models, and the Lexus provides a less expensive way to break into the luxury subcompact crossover market. Standard models start at $33,325 with destination with the F Sport ringing in at $35,325 and Luxury models starting at $38,525. Electing for a hybrid UX adds a $2,000 premium to all trims.

An 8-inch infotainment screen comes standard, but buyers can upgrade to a 10.25-inch display. All models get Android Auto, Amazon Alexa and Apple CarPlay connectivity, a 4G Wi-Fi hotspot and four USB ports.

Lexus’ infotainment system is fairly easy to use, once you learn to navigate it using the UX’s frustrating controls. Like all Lexus models, the UX is fitted with a touchpad system that is annoying to use and keeps the driver’s eyes off the road for even simple commands.

The UX does have some different controls, however. There is a housing in front of the touchpad that holds a small, circular slider for controlling volume or tune between radio stations and a button for changing the media source.

While I appreciate the effort, using these controls puts your hand and wrist into an awkward position. Frankly, it seems to be a bit of reactive engineering, made to address the problem of using the touchpad. I say, just scrap it all together.

A six-speaker audio system is standard, but I suggest opting for the 8-speaker version which sounds fantastic.

The UX provides 21-cubic feet of cargo space, which is average for its segment, but loading up can be challenging with a lofty liftover height.

Now, we must get back to the real issue of the UX — manspreading.

I’ve touched on the fact it’s not really possible for the driver, but it’s also not really doable if there are adults in the rear seats. The competition from Audi, BMW and others provides more headroom, legroom and hiproom. Passengers are not confined to stack upon one another like sardines in a can, there is still a reasonable amount of space for people. But the ability to manspread? Nah.

Overall, the UX is attractive, extremely efficient in its hybrid form, can be loaded with features and is an affordable way to break into the luxury market. However, the confines are cramped, using the infotainment system is maddening and its performance is lackluster.

But in the fight against manspreading everywhere, it leads the pack.

55 Fitness, an upscale fitness boutique geared towards individuals who are 55 years and olde… Read more