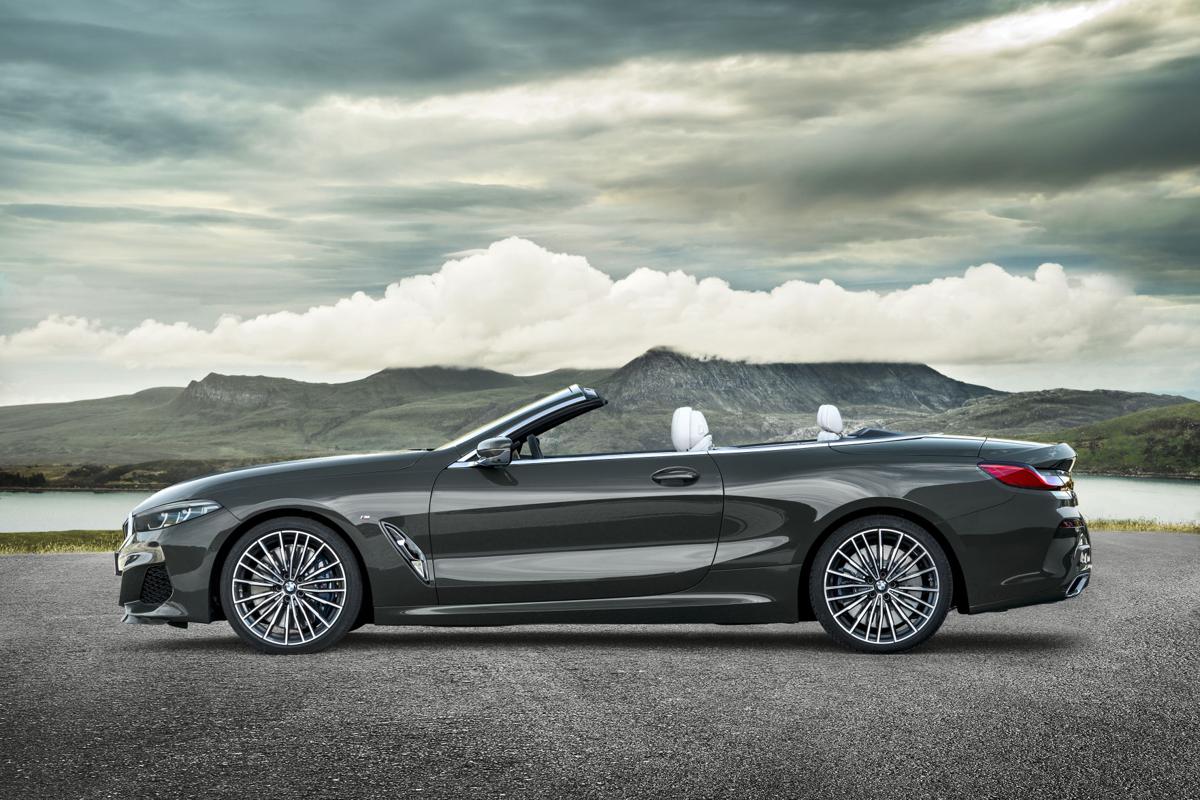 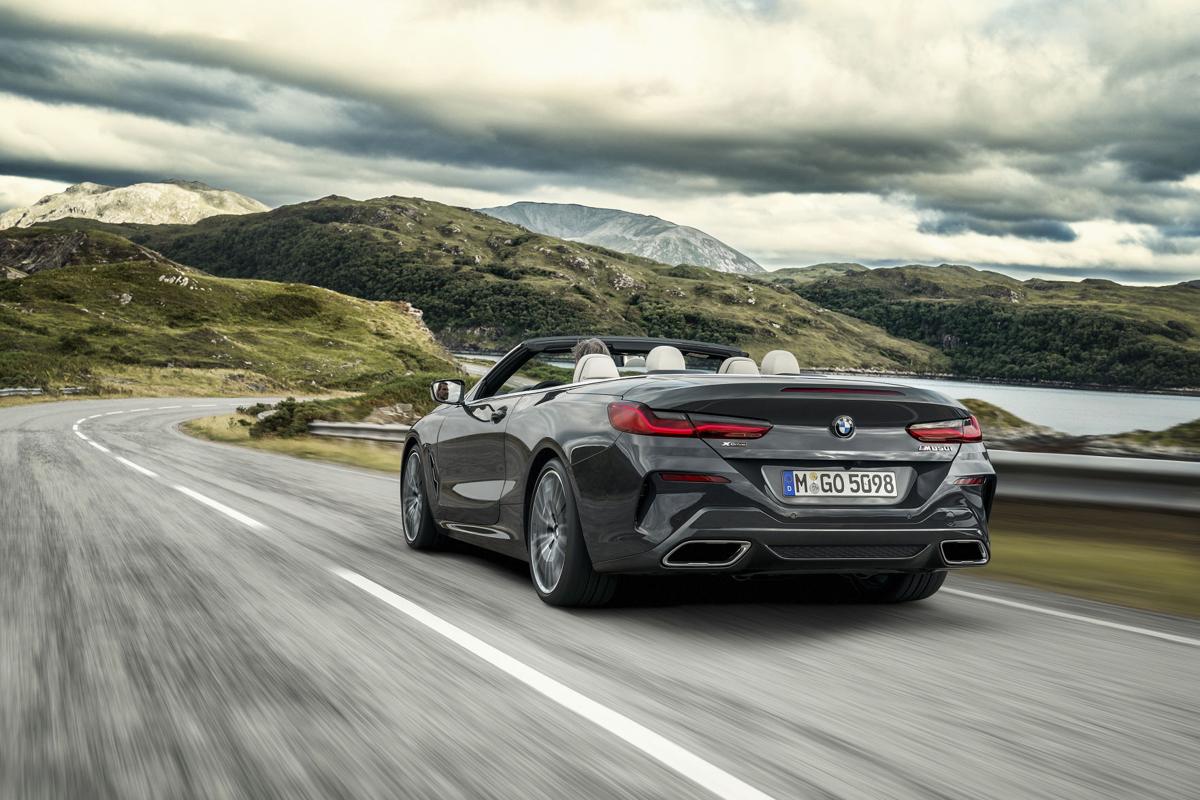 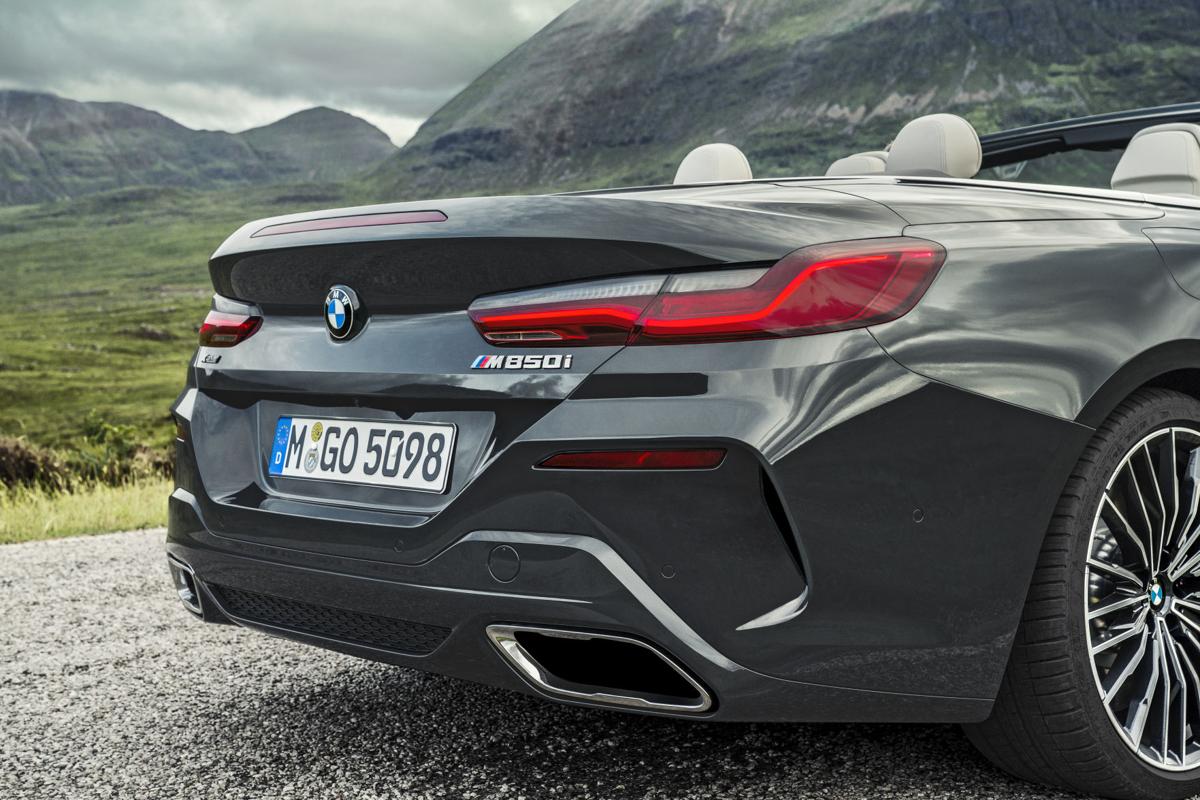 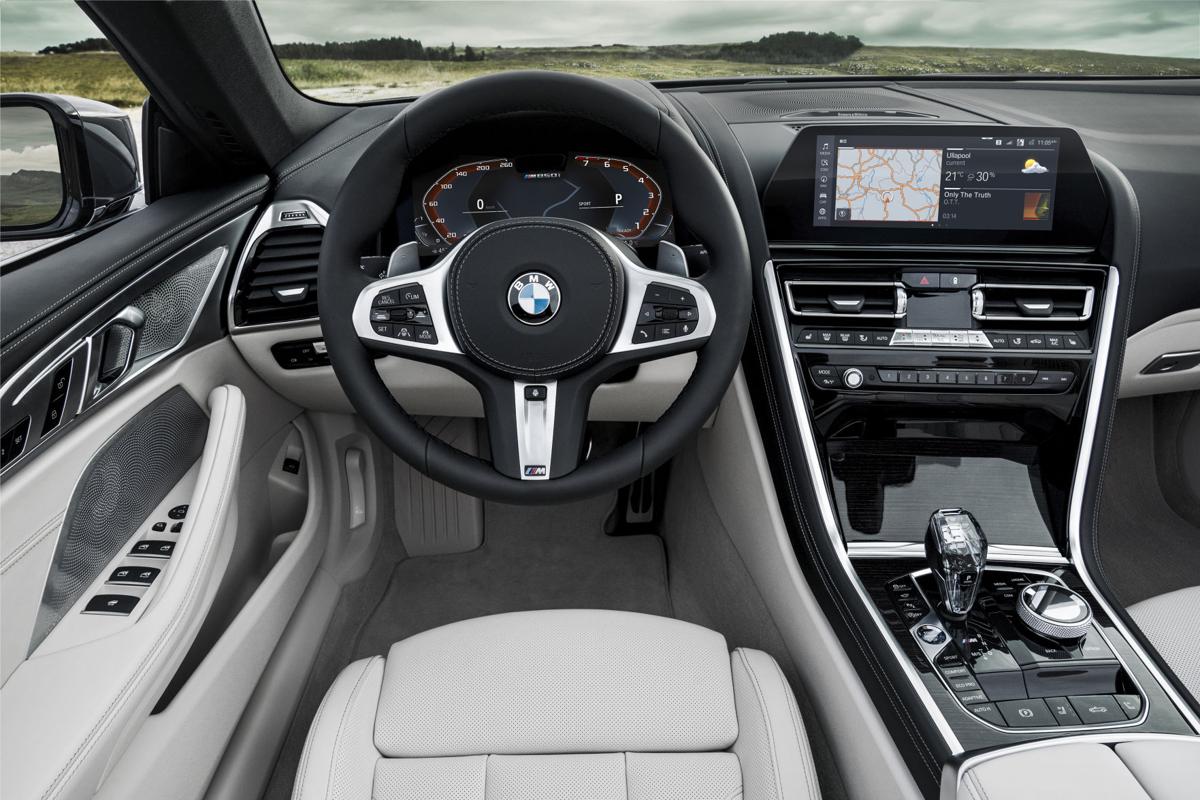 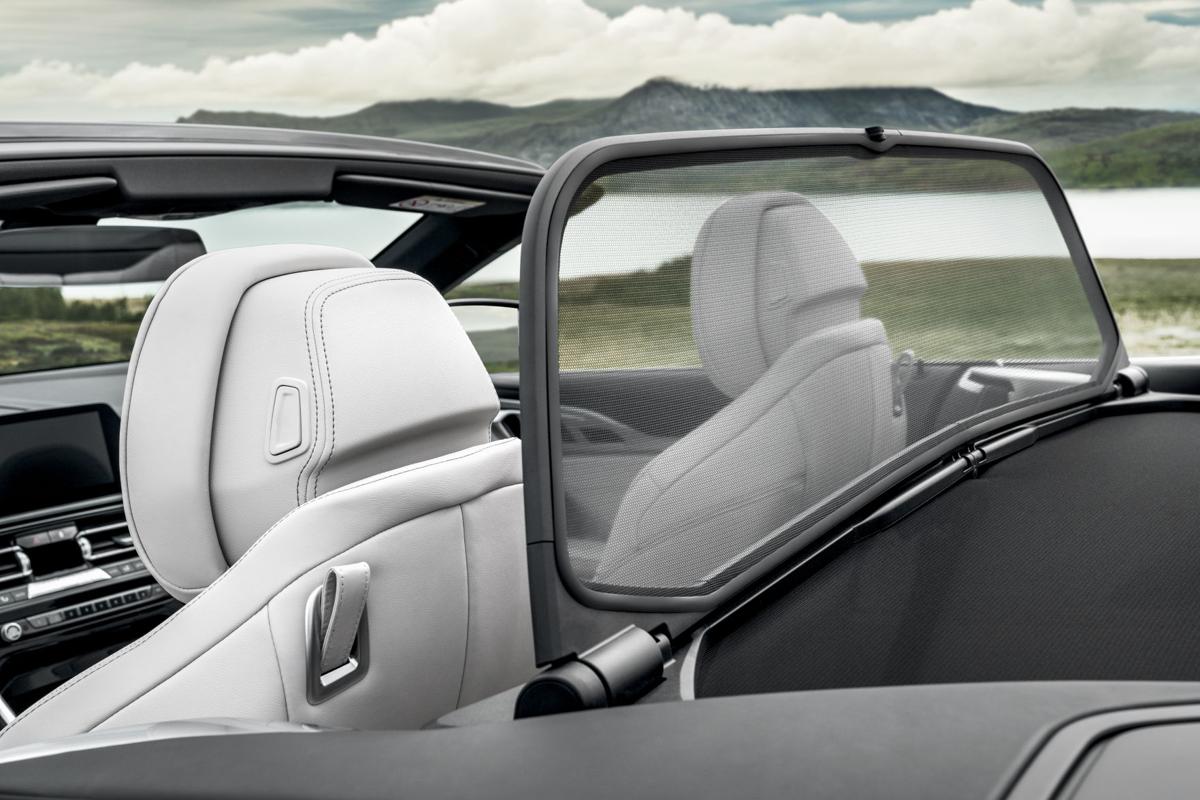 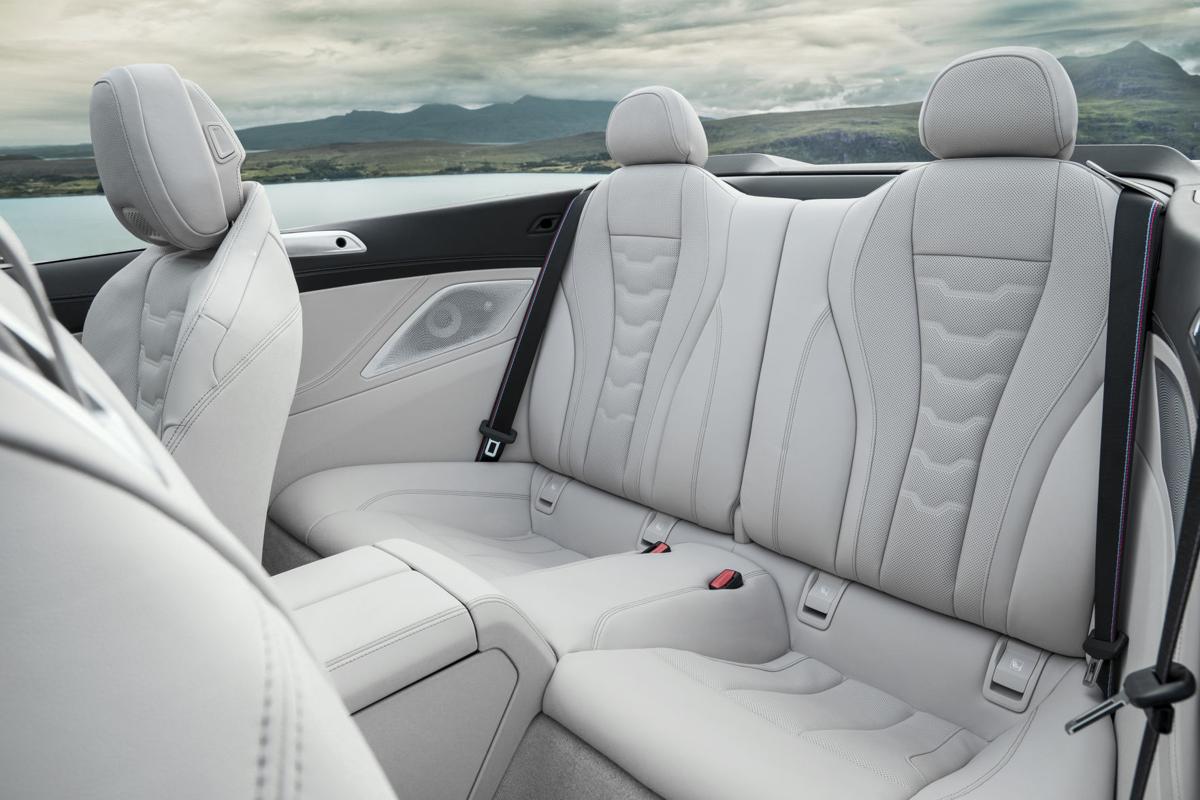 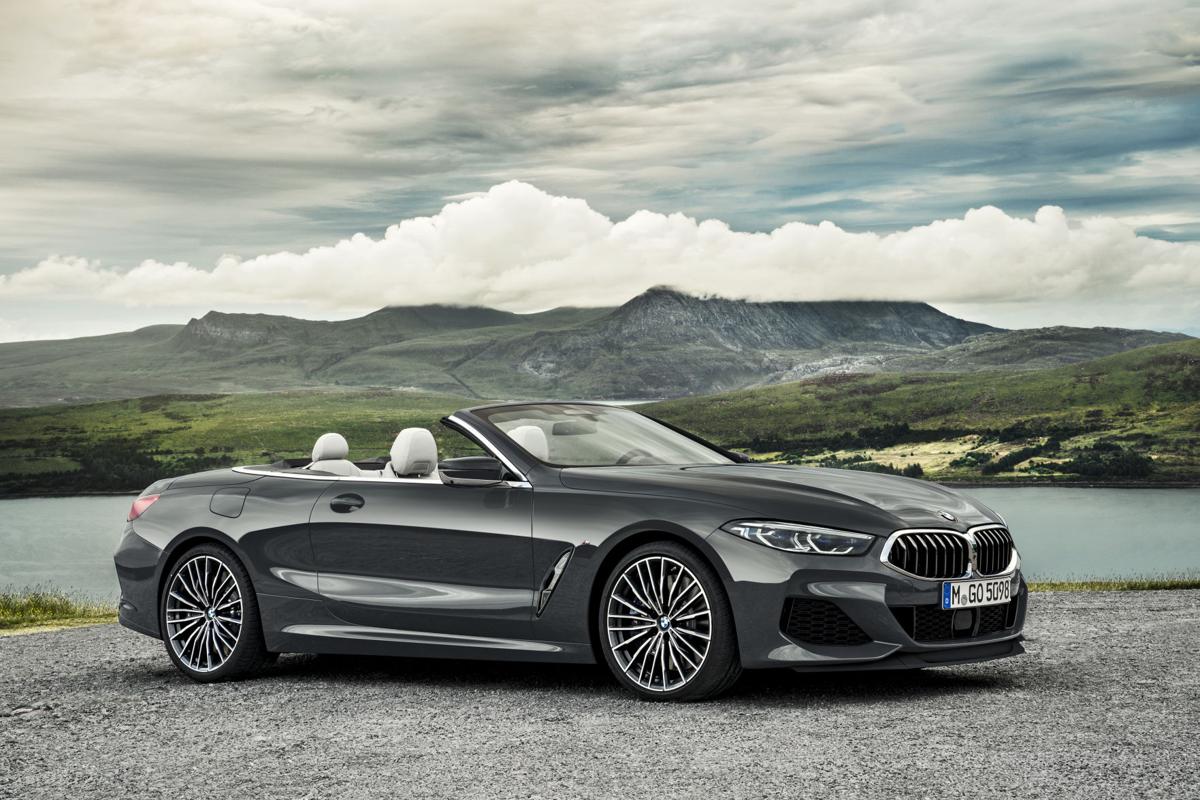 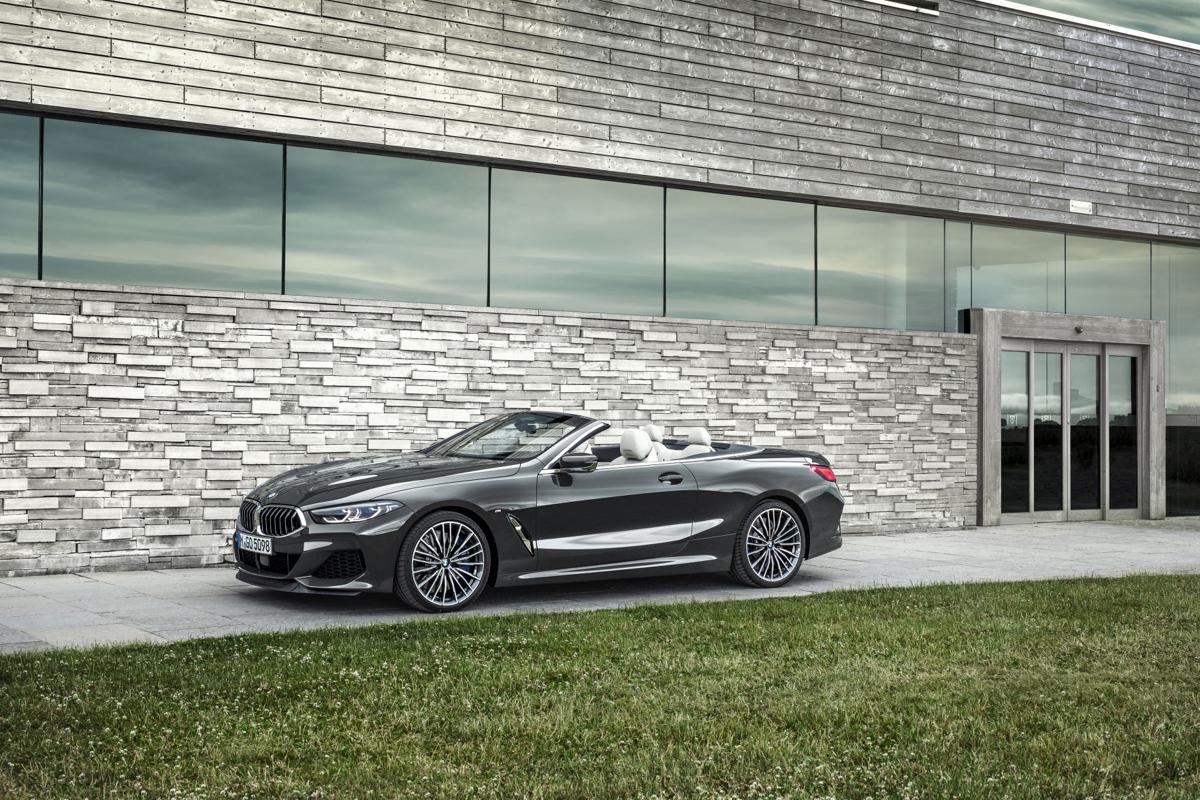 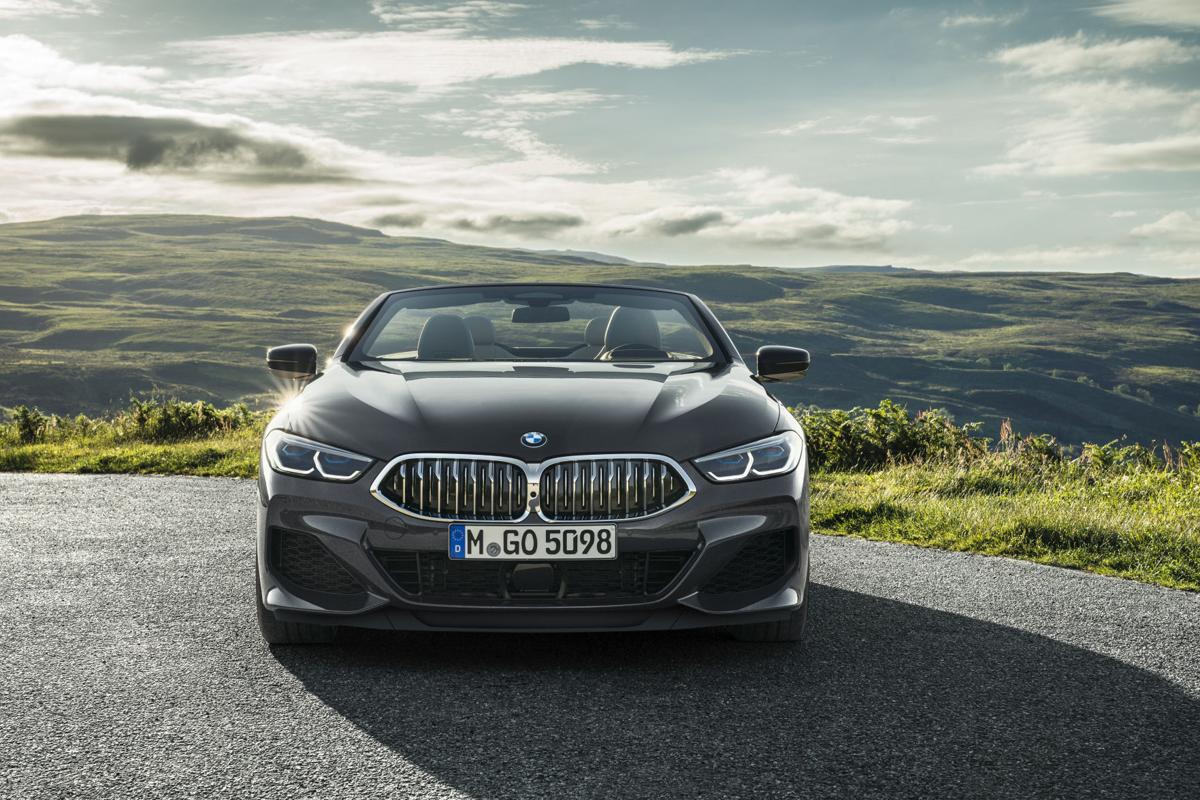 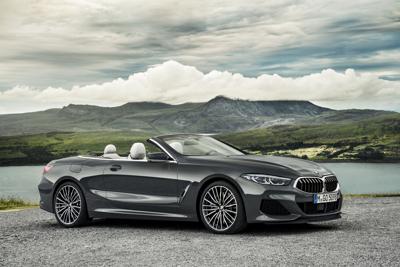 When it comes to luxury grand tourers with serious performance, the 2019 BMW M850i ticks the right boxes. It has loads of power, it is quite agile, it is supremely comfortable on the daily trek, attractive, has a barking exhaust and can be had as a convertible. But it does not always come down to what a car can do, it is about how it makes the driver feel when he or she is behind the wheel. While the M850i excels in so many quantifiable ways, it failed to truly incite passion.

That is not for a lack of speed. Powering the performance version of the non-M8 (even though it wears plenty of M badging) M850i is a 523-horsepower, 4.4-liter twin turbo V8 that shoots the hefty Beamer from 0-60 in 3.8 seconds. Big gobs of torque are at the driver’s disposal, 553 lb.-ft. to be exact. The torque’s full pull is impressive, lasting from 1,800 to 4,600 RPM. Beyond that, the twin-turbo keeps rocketing consistently to the red line.

The engine is paired with an eight-speed automatic with paddle shifters. When cruising or on the daily commute, the automatic is velvety, but dial in sport mode and it will let you bolt to the redline. Coast in sport mode and the transmission waits like a patient dog, holding its revs tolerantly while waiting for the driver to give its next input to the pedals.

BMW says it has tuned the 8-Series’ all-wheel drive system for rear bias. The tourer can be coaxed into swinging out its backside, but with the traction control on, it is only enough slide to get your attention.

On the daily commute or using the grand tourer as such, the M850i has a comfortable ride with adaptive damping. It is also incredibly quiet in comfort mode, and not just for a car with a retractable roof.

The 8-Series also has four-wheel steering. At slow speeds, the rear wheels turn the opposite from the front, making the sizeable Beamer feel smaller than its dimensions and giving it surprising mobility. At high speed, the rear wheels move in the same direction as the front to improve agility.

The BMW can go from coupe to convertible in 15 seconds and the retractable roof can be raised or lowered at speeds up to 30 mph. There is also a wind deflector that can be installed manually, and a neck-warming function certainly comes in handy.

The 850i gets a 12.3-inch digital instrument cluster and a 10.3-inch touchscreen controlled by BMW’s easy-to-use iDrive system. Apple CarPlay is now available (you have to pay for the connectivity after 12 months), and Wi-Fi hotspot and wireless charging come standard.

In the looks department, the 850i sports an aggressive front end with a sloping hood and intakes galore, and its long wheelbase and low profile give it added presence with a super sleek greenhouse.

Coming from the exhaust system are sounds that can be likened to Snap, Crackle and Pop if they happened to need the services of an exorcist. The system wants to be heard, too. In anything but comfort mode, the BMW sizzles and bursts whenever your foot comes off the accelerator.

So, on paper the M850i should incite some serious passion, but it’s not all about numbers.

The M850i still finds itself in an automotive limbo between a comfortable grand tourer and a sports coupe.

As a grand tourer, there are downsides. With the slim greenhouse, highly angled front windshield and a porthole of a rear window, visibility is at a premium.

There are rear seats, but any adults trying to sit in the rear will need to find comfort in a vertical fetal position. The retractable roof makes for a seriously limited trunk that struggles to accommodate a pair of overnight bags.

While the exterior of the 850i commands attention, the interior is no more special than far less expensive and less powerful BMW offerings. Mind you, it a well-appointed interior with high quality materials, an attractive appearance and fantastic layout, but if you have been inside just about any well-equipped Beamer in recent years, you have pretty much seen the new 8-Series’ insides.

The auto stop/start system can also be annoying in traffic. It puts the engine in standby mode just before it’s come to a stop, which often jolts passengers.

Viewed as a sport coupe, the steering leaves some feedback to be desired, and that four-wheel steering system can make the 850i a bit twitchy and unpredictable coming into or out of corners.

These negatives do not completely dampen the experience of the M850i, however. The second coming of the 8-Series can soak up highway miles and deliver comfort and quiet, or it can throw your head back into the seat and show that big boys can still be agile. And it can do these things without its roof tucked away.

The M850i impresses, but with a starting price of $111,900 ($121,400 for convertible models) and its notable performance figures, there is an expectation a car should incite passion. And the Beamer just doesn’t.

The M850i excels in many ways, but sometimes a car’s collection of standout pieces is not greater than the sum of its parts.

Seltos, fresh and full of life