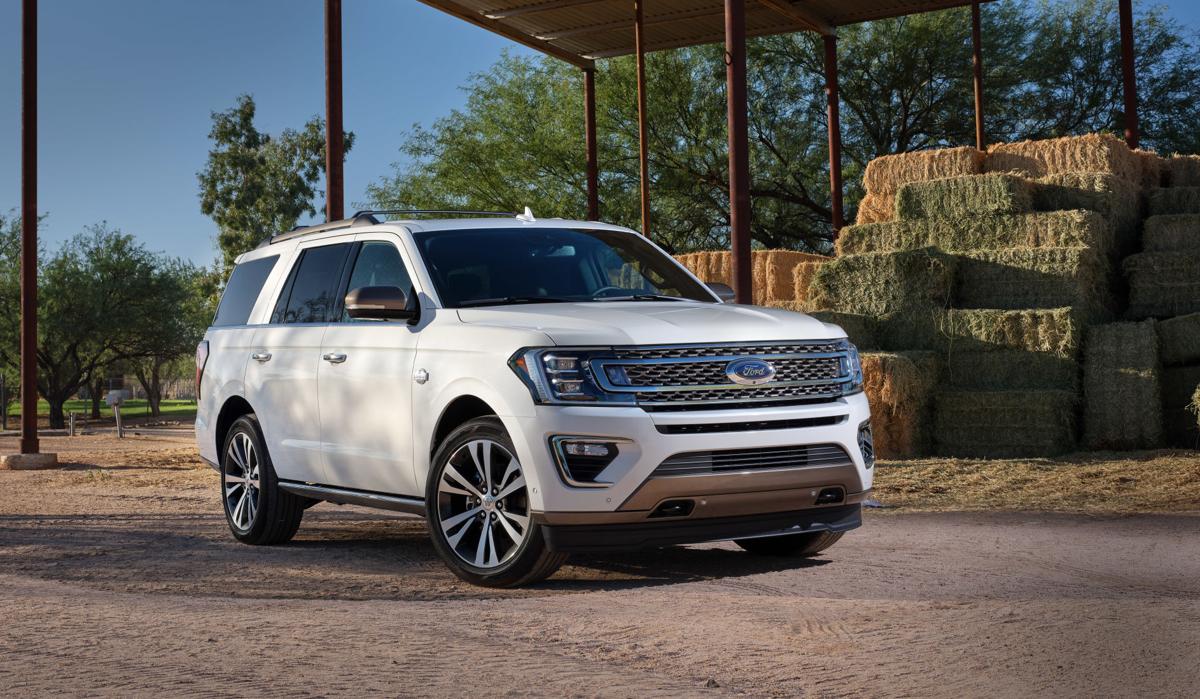 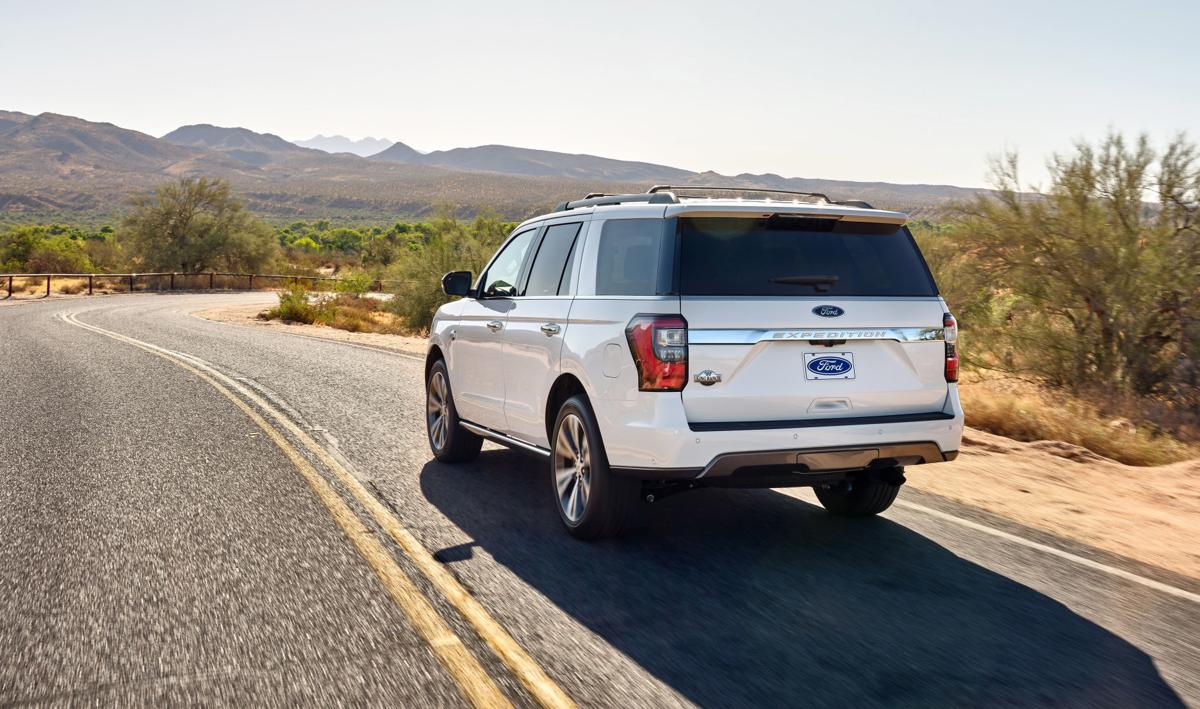 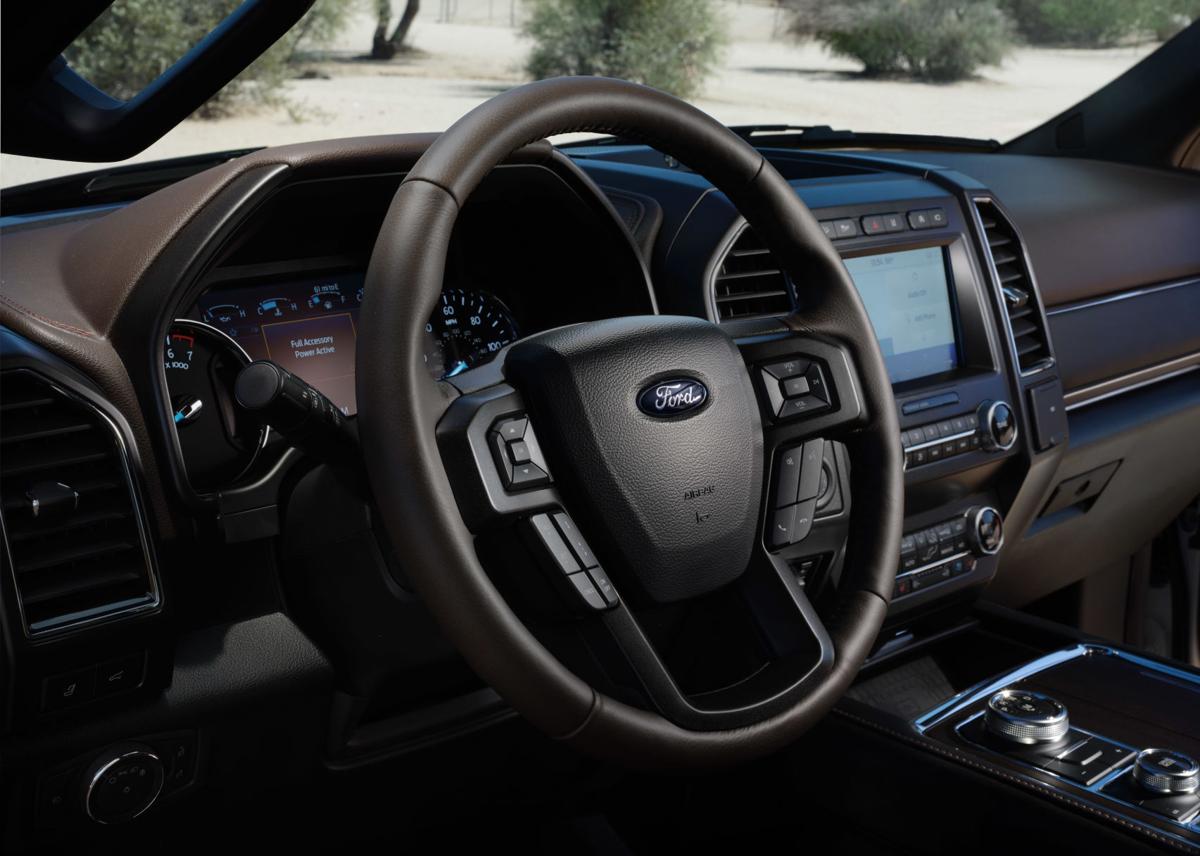 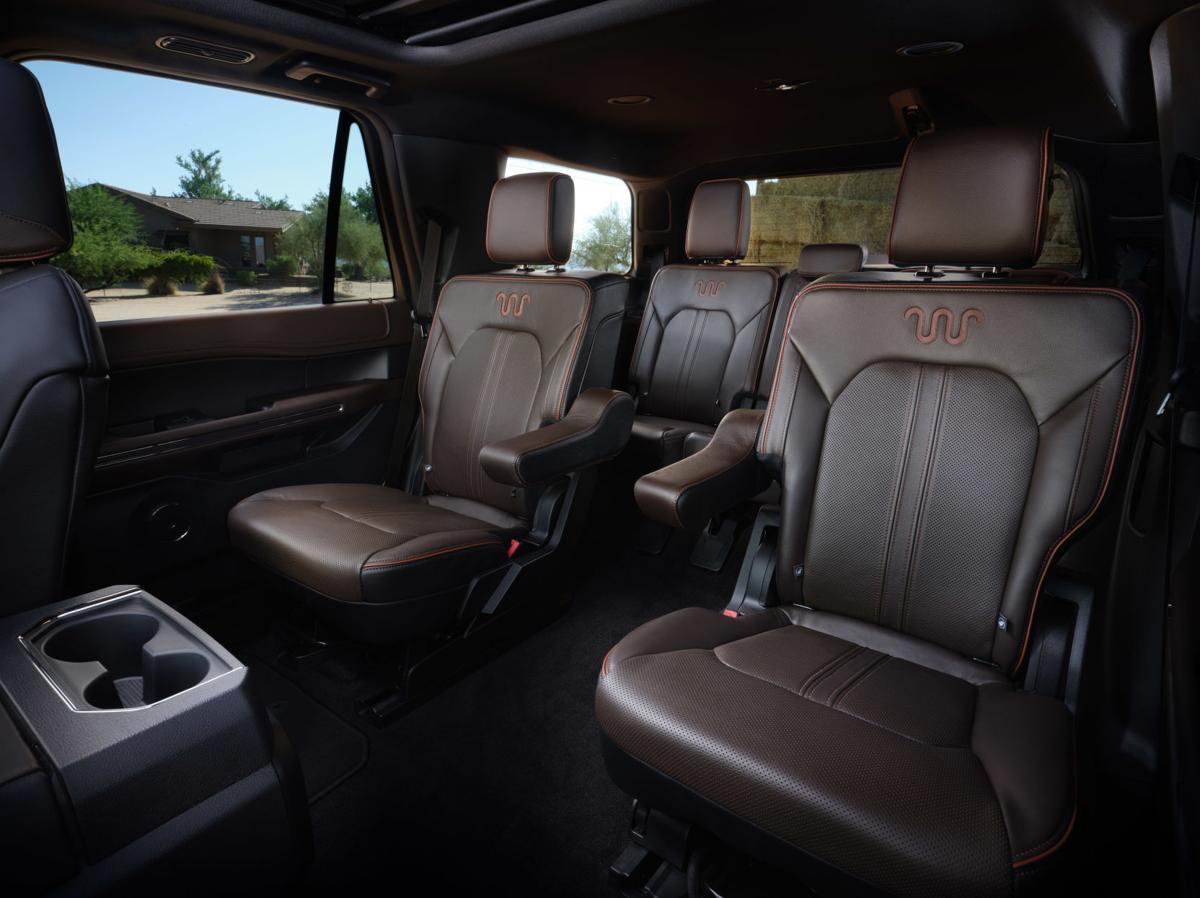 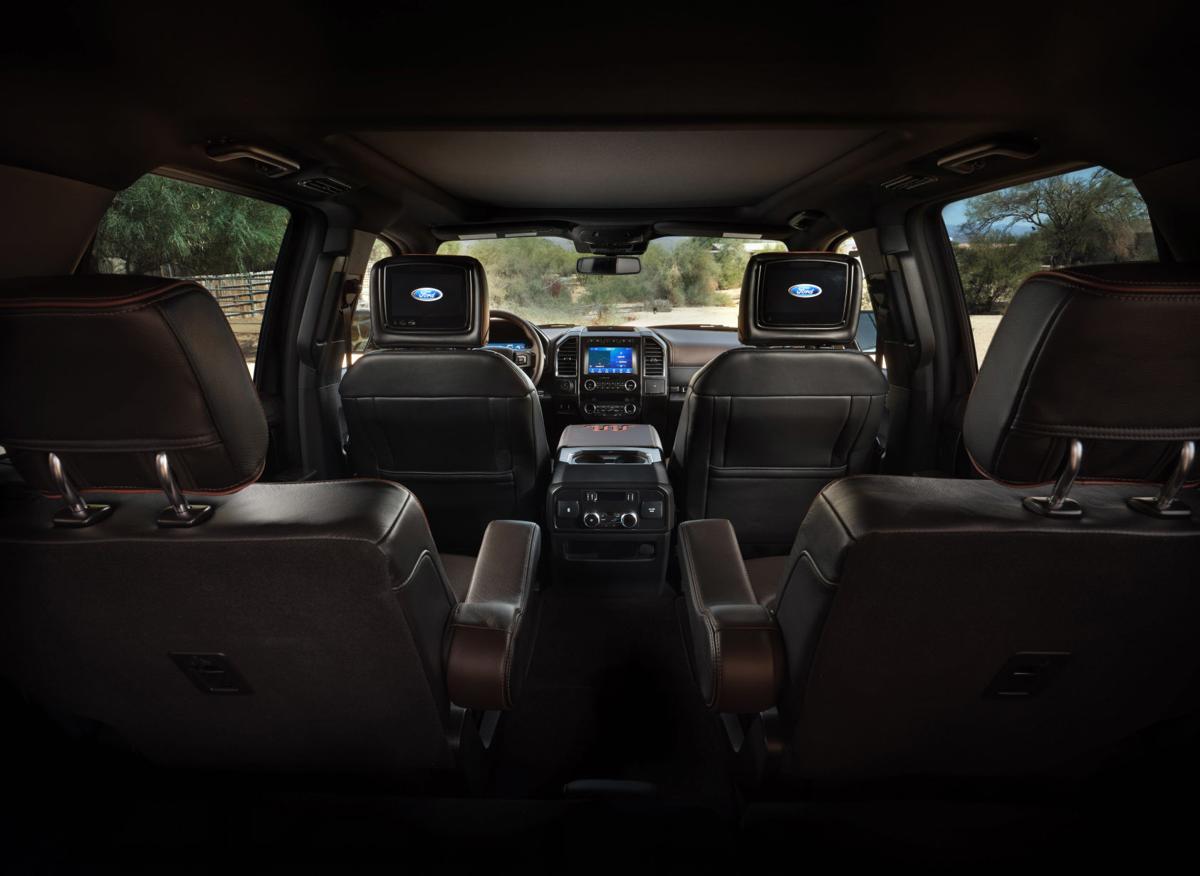 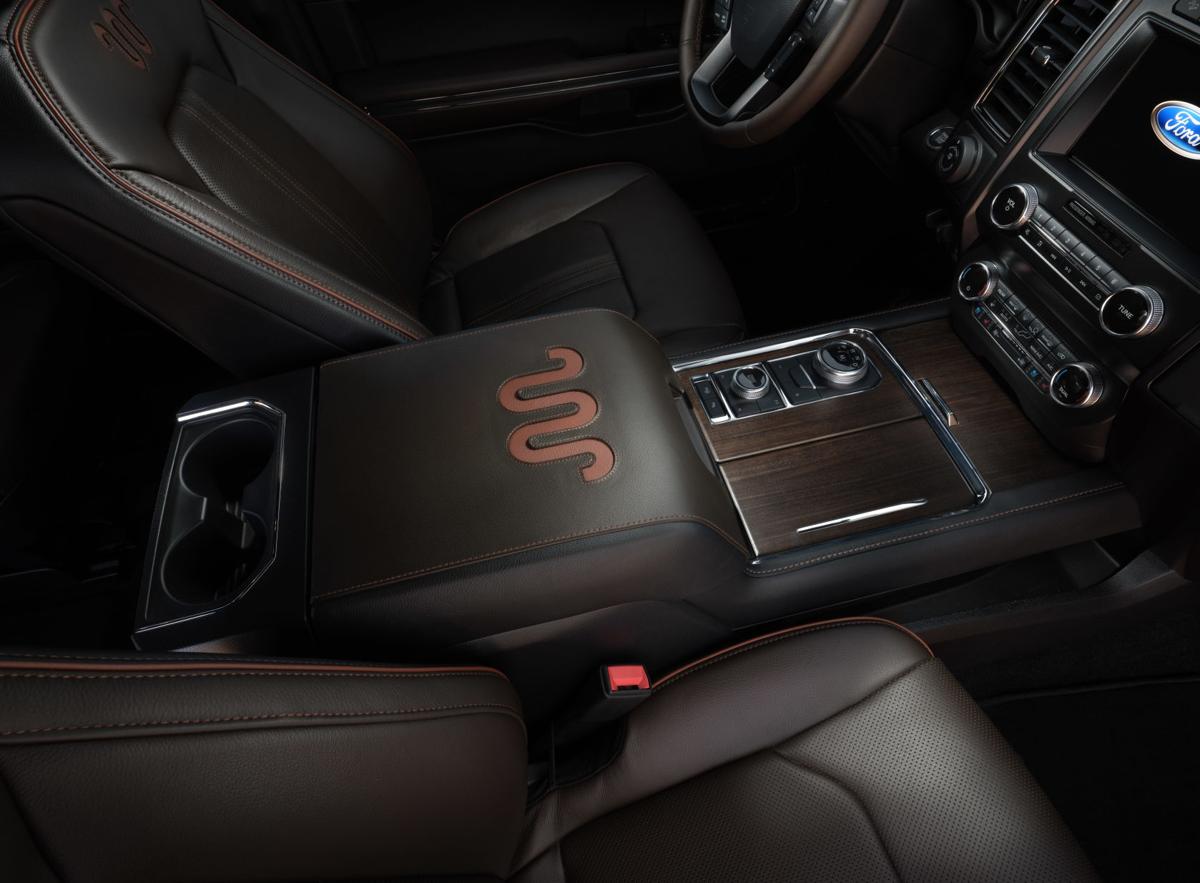 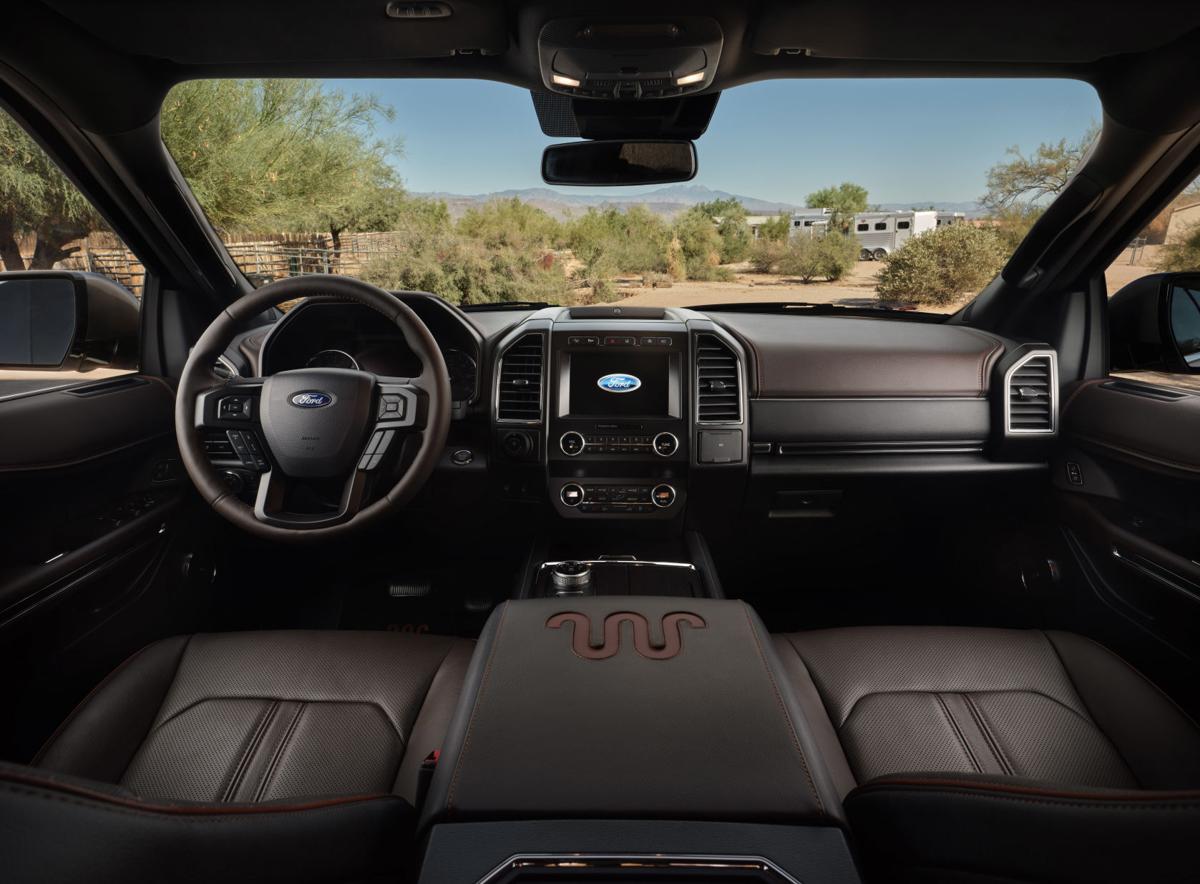 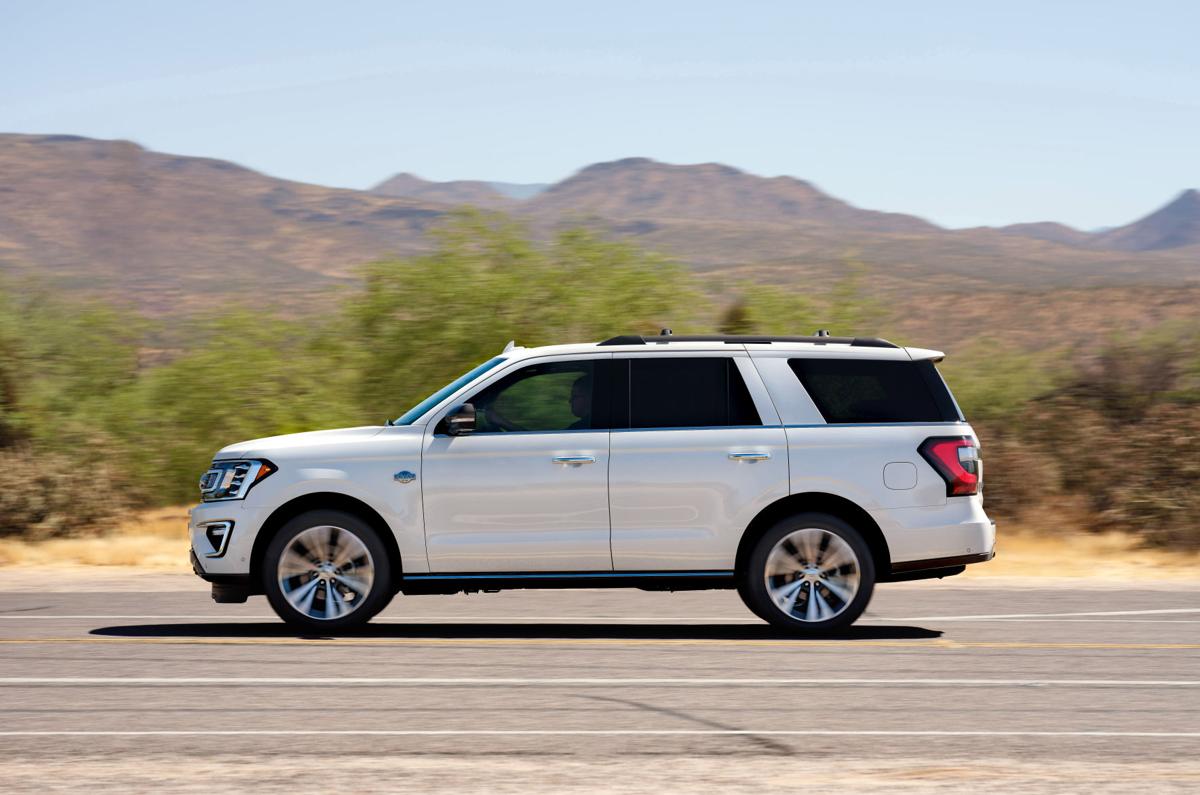 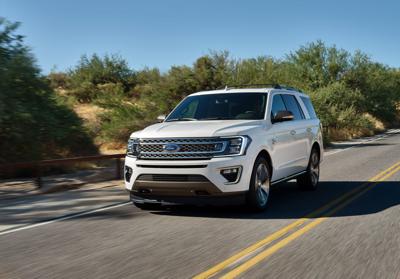 If you need to move a lot of people or stuff, Ford’s 2020 Expedition is a serious pack-mule that can haul up to eight people with a max towing figure of 9,300 pounds when properly equipped. And if you only need to transport five or six passengers, there is a healthy amount of cargo space.

Translated, the Expedition is big, and it feels that way behind the wheel. And that’s with the standard wheelbase, which is nearly a foot shorter than extended MAX models. Traversing tight parking lots, including the one I navigate five days a week, is a bit of a butt-clenching affair, and lucky enough Ford has had the foresight to make it’s lane-keeping and blind spot systems standard for the daily commute.

But that bulk does come with the territory of having a three-row, full-sized SUV. However, the Expedition perhaps makes better use of its volume with a third row that is comfortable for adults.

While squeezing into most third rows causes adult men to lose their ability to reproduce, the rear of the Expedition is spacious, offering a good dose of legroom and enough headroom for those of average height. There are also niceties like cupholders and air vents way in the back.

The Expedition comes with either a flat-folding second row with three seats or optional captain’s chairs. While I can’t speak for models equipped with the middle-row bench, getting to the rear between the captain’s chairs presented no issues for this bulky adult.

The Expedition is certainly big enough for people and stuff, but those looking to buy in the upper trims will already need to fork over a sizeable amount of dough.

A base XLT model starts at around $53,000, which is highest non-luxury starting price in the limited full-sized SUV market. Opt for the highest trims, and the Expedition’s price tag quickly swells into luxury territory.

I tested the King Ranch, newly offered on the Expedition and slotted between Limited and Platinum models. With two-wheel drive and just $595 added for Star White Metallic paint, my tester barely snuck below the $75,000 mark.

There are plenty of semi-lux features on the King Ranch, but it does not take long to find less-than-luxurious hard plastics, and the door panels and dash scream F-150, which brings the premium price tag into question.

The Ford Co-Pilot360 system is standard on all models and includes pre-collision assist with emergency braking, forward collision warning, blind spot monitoring with cross-traffic alert, a lane-keep system and other features. In King Ranch and Platinum models, the system is upgraded to add a 360-degree camera and adaptive cruise control with stop-and-go.

All models come standard with a 4G Wi-Fi hotspot and Apple CarPlay and Android Auto connectivity.

The Expedition is powered by Ford’s twin-turbo 3.5-liter EcoBoost V6 offering 375 horsepower and 470 ft.-lb. of torque. The EcoBoost in Platinum models is tuned for 400 horsepower.

The engine is well-suited for a family hauler with enough grunt to get the Expedition’s heft on the move effectively, and it does not feel underpowered on a grocery run or highway trek. Acceleration is respectable, and the EcoBoost is fairly responsive. The engine is paired with 10-speed automatic, which was mostly smooth except for a few clunky changes in low-speed traffic.

From behind the wheel, steering is on the light side, which can be a positive in getting the behemoth around tight spaces but is a downside just about everywhere else. Body roll is perceptible, but the Expedition mostly keeps itself planted, and the ride is generally comfortable on rougher roads.

There is a good amount of storage space inside the cabin, including a cavernous center console. While the styling is far from dramatic, the center stack is laid out intuitively, easy to use and features plenty of knobs and buttons. Only problem is, perhaps the only small thing on the Expedition are those buttons. And getting a cell phone in and out of the wireless charging bay is a challenge for those who wear anything above size small gloves.

Though it can be a bit slow to respond, Ford’s SYNC 3 infotainment system is easy to use for the driver, and the Wi-Fi hotspot can connect to up to 10 devices to keep passengers happy.

Cargo area depends on selecting either the long wheelbase Expedition MAX or the standard wheelbase. Those needing to consistently haul seven or eight people and need a good amount of cargo room should opt for the MAX, which offers an impressive 34 cubic feet of storage behind the third row, 15 more cubic feet than the shorter wheelbase. Those who don’t always need the rear seats still get an accommodating 57-cubic feet behind the second row in the MAX’s shorter brother.

The Expedition is a solid player in the full-sized SUV market that can haul your large brood and tow your boat simultaneously with respectable driving characteristics, loads of technology, and extremely accommodating second and third row seating. Still, the Expedition is priced higher than its rivals, and springing for higher trims will bring its price tag into the lower end the luxury large SUV market.

In short, the Expedition is a standout in the full-sized SUV market, just be prepared to pay a bit more for that designation.