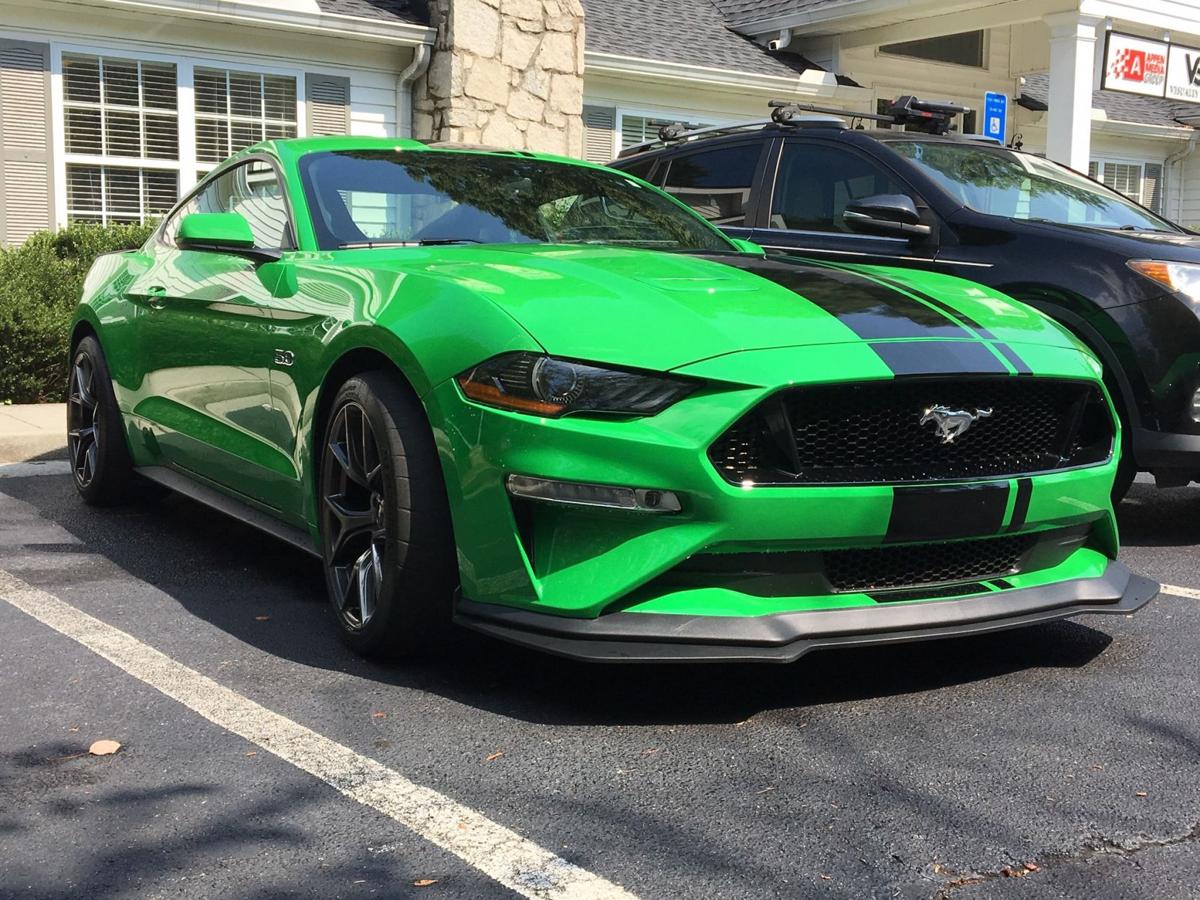 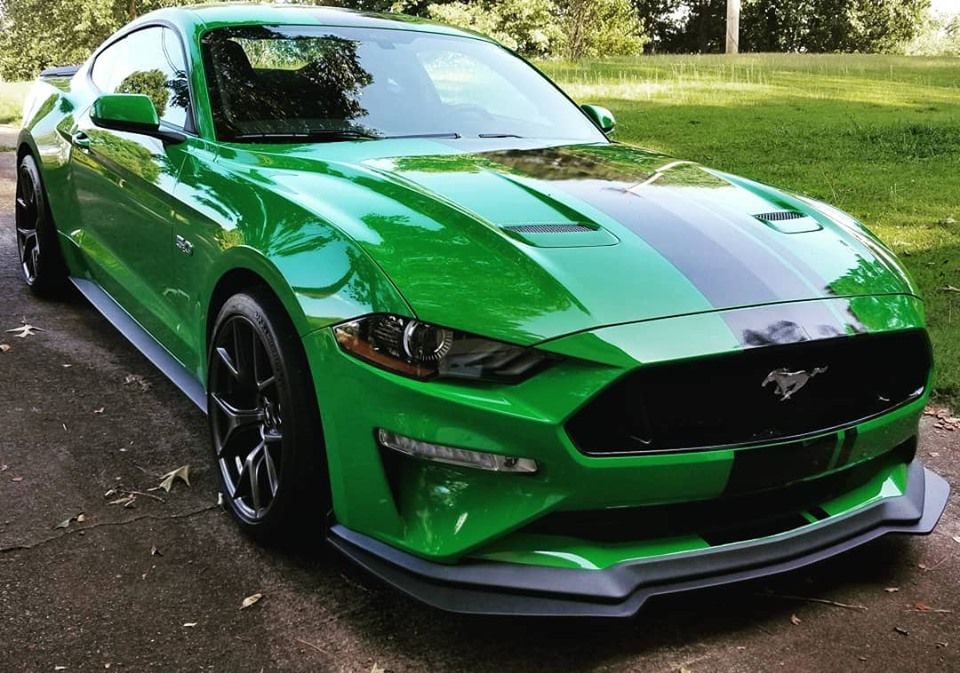 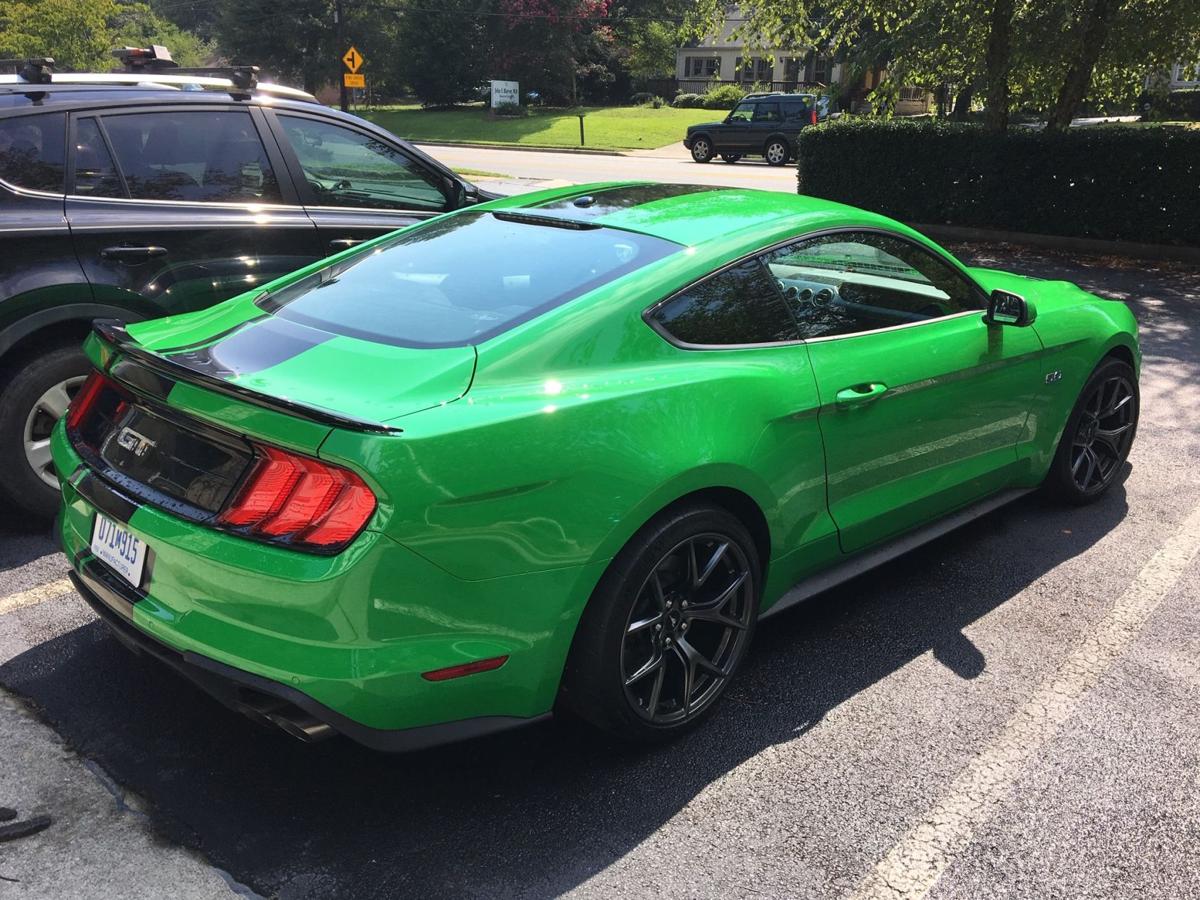 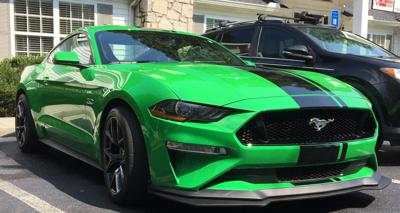 Debate may arise when you start defining car types, but of all classifications, a muscle car is perhaps the easiest to identify outside of vans or trucks. A muscle car should have a big, loud V8 under the hood with plenty of torque sent to the rear wheels, and the rear wheels only. It should have two doors, a wide body, menacing but attractive styling (and I’d argue it should be available in obnoxiously bright colors) and it should be ear-splittingly loud. It should also be somewhat affordable, giving buyers a good punch of performance at a price that doesn’t exclude its purchase from those with blue collars. And it should be far better suited for quarter mile runs than slicing undulating roads.

The 2019 Ford Mustang GT PP2 (Performance Pack 2) fits the bill on all the aforementioned muscle car characteristics. Its V8 is a bulky five liters and offers 460 horses and 420 ft.-lb. of torque to the rear wheels. Ford’s Active Exhaust allows you to go adjust just how much of the GT’s wonderful soundtrack you want to hear, from quiet to crank-it-up. It has two doors on a wide body that is made even more menacing with a front splitter and a rear spoiler unique to the PP2, and my tester came in the oh-so-extremely green “Need for Green” color with a big, black stripe. And with the Performance Pack 2 and a few grand in other options, the tester remained under $50,000.

But where the PP2 stands out is in that final characteristic of the muscle car — it should be blistering in a straight line, but incompetent on windy roads.

The PP2 is anything but.

Despite a name that induces schoolboy laughs, the PP2 is a serious performer no matter how straight or bendy the road goes.

That starts with the super wide 305/30R15 Sport Cup 2’s which stick to the road like a cold, bologna, mayo and cheese sandwich adheres itself to the roof of your mouth. They are about as close to racing slicks as you can get for on-street use, and the designation “summer-only” should not be taken lightly. However, summers in Georgia include almost daily pop-up thunderstorms, so I kept one eye on the weather radar throughout my week with the PP2 because driving the Michelins on a soaked road will definitely evoke some PP in the driver’s pants (couldn’t resist).

But on a dry road, the Cup 2’s are fantastic and paired well with the MagneRide system. The magnetorheological dampers respond to the road 1,000 per second on each damper, which provides a relatively comfortable ride on slow jaunts but hunkers the PP2 down when it’s given a good thrash.

The PP2 changes direction as quick as a bouncy ball, does so while firmly planted and provides a gratifying experience for drivers. The steering is accurate and perfectly weighted. While the clutch can take some time to master in spirited driving — it has a long range and fully engages where you don’t expect it to — the six-speed manual gives drivers short, satisfying throws. The brakes also have good feel and add to the Mustang’s track ability with impressive stopping power, giving those behind the wheel confidence to push the PP2.

I spent a week with the specialized ‘Stang, and no matter how hard I pushed, it felt like I was not getting anywhere near its limitations on public roads, even those that had been abandoned by a county. To get a true sense of this car’s ability, you need a track.

There are some sacrifices to this performance. If you have never experienced tramlining, which is a car following the contours of the road, take a PP2 for a spin. You will soon have a firm grasp on the concept.

While it may be prone to tramlining, the MagneRide system provides a stiff but relatively smooth and comfortable ride that is suitable for a daily driver if you can overlook a few jostles here and there. My PP2 tester came with optional Recaro sport seats ($1,595) which are, as expected, not the supplest seats, but are supportive when throwing the Ford around and letting the PP2 work its magic. Opting for Equipment Group 301A ($2,000) nets buyers ambient lighting, dual-zone temperature control, SiriusXM, two USB ports, an 8-inch infotainments screen, two USB ports, Apple CarPlay and Android Auto capability and other features. There’s also 13.5 cubic feet of cargo room in the trunk if you need to get your groceries home really, really fast.

But back to what the PP2 is all about, which is a car that has all the better aspects of a classic muscle car without ensuring drivers will end up with tree bark implanted in their face every time they take a tight corner at speed.

The GT PP2 is an affordable track day hero, whether that track is a quarter mile or an undulating road course. It harkens to the past while looking to the future of what the muscle car can be.