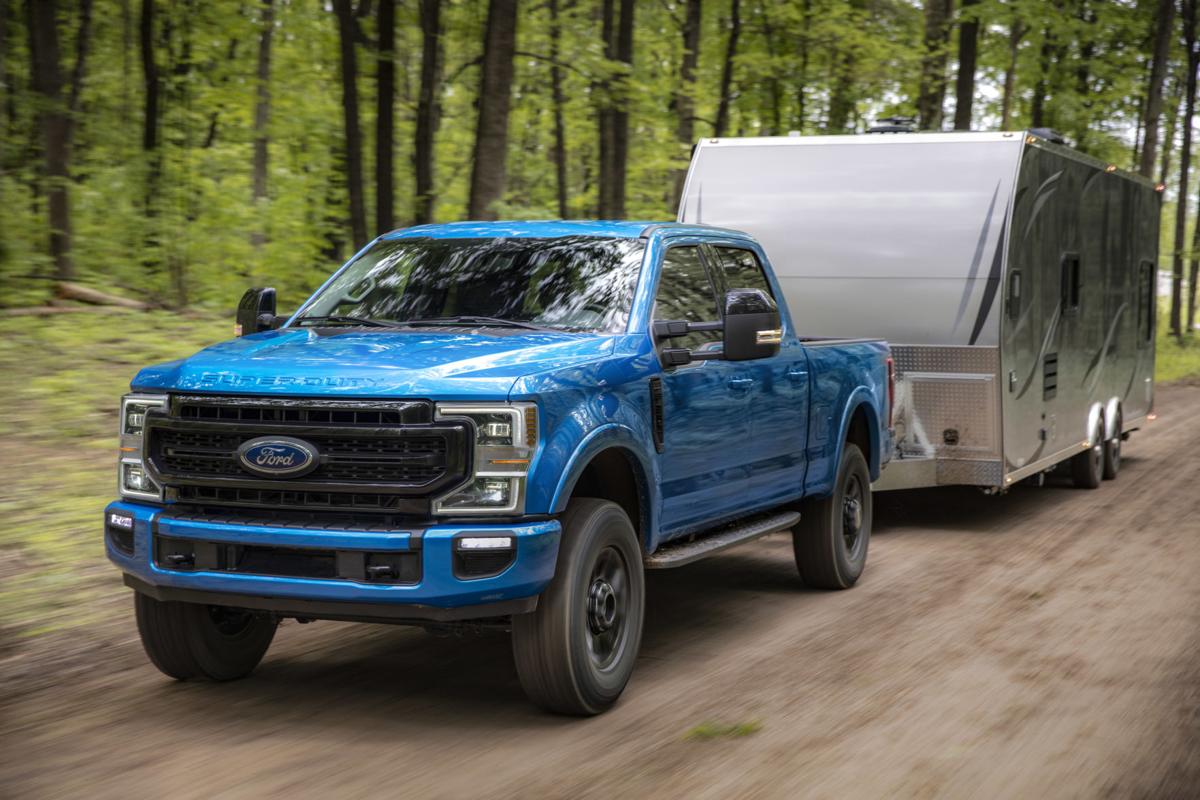 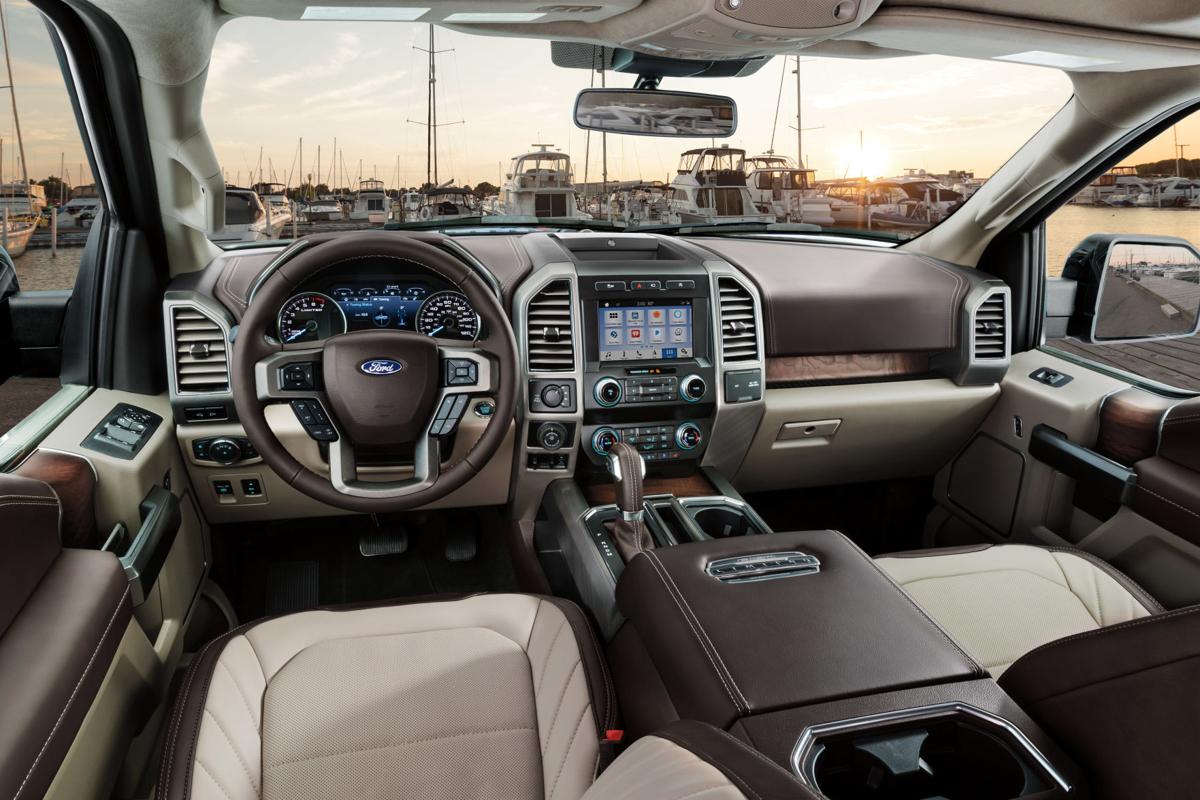 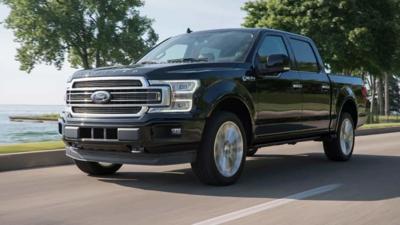 A general consensus in the psychological community is that the more choices we are presented with, the less likely we are to decide, according to my extensive research. And by extensive research, I mean about 10 minutes of Googling. After all, there were just so many hits to choose from and I gave up.

This experiment backs the belief that more choices equals less decision, even though we seemingly love to have a bevy of options.

Those looking to by a full-size or heavy-duty truck can choose offerings from Ford, Toyota, Chevy, GMC, Ram and Nissan. It is a fairly large pool from which to choose, but nowhere near the size and breadth of the options offered when buyers opt for the blue oval, something over 900,000 people did in 2018.

For instance, there are six trim levels offered in the 2019 F-150. Buyers can drive off the dealership with an XL for around $30,000, or, they could spend over double that for a Limited. There are also six engine choices, from a 2.7-liter EcoBoost to a 5-liter V8, a Power Stroke diesel and now, a high output 3.5-liter EcoBoost V6 that was once limited to performance Raptor models.

You can have two-wheel or four-wheel drive, a short or extended cab and three different box lengths, 5.5-feet, 6.5-feet or 8-feet.

Of course, none of that includes stand-alone options or options packages.

There is also the choice of how much truck you want. The F-150 is capable for most, but some buyers who need some more grunt might still need to consider the Super Duty F-250. There are only two engine choices in the Super Duty, but still six trim levels, the 2x4 vs 4x4 question and two cargo box sizes in extended cab models.

If my limited research into the psychology of choice is any indication, potential Ford truck buyers would be presented with so many options they’d be reduced to a puddle of brain-mush and choose a model based on color. But then again, there are 13 paint colors to choose from for the F-150 and 11 on the Super Duty. Well, there goes that idea.

To cut down on the clutter, let us bypass the lower trims and focus on the F-150 and Super Duty offerings that couple interiors fitting of comfortable, well-appointed family cars with serious truck capability.

My F-150 SuperCrew (extended cab) tester came in Lariat trim — the third notch up from the bottom of the offered trim levels — with the 5.5-foot long cargo box. A 3.3-liter V6 with six-speed automatic transmission is standard across the line, but my tester came with the optional 3.5-liter EcoBoost V6 which provides 375 horsepower and 470 lb.-ft of torque paired to a 10-speed auto.

The $1,600 add-on gives the Ford an added 85 horsepower and 105 ft.-lb. torque over the 3.3-liter and is a strong and well-rounded power plant. The EcoBoost is smooth and efficient around town, responsive, and its 470 torques provide heavy doses of grunt and get-up-and-go capability.

Though we might be trying to cut down on the F-150 options listed here, a high-output EcoBoost is also available and is worth noting. The fantastic V6, previously only available on Raptor models, puts out 450 horsepower and 510 torques.

My tester had the 145-inch wheelbase and four-wheel drive, providing a 2,030-pound payload capacity and an impressive 10,700-pound towing capacity. The longer, 157-inch wheelbase ups the latter figure to a class-leading 13,000 pounds.

A Lariat SuperCrew starts at just over $44,000, but those who are not made uneasy by ticking options boxes will find that number soaring. However, buyers get a well-equipped and comfortable truck by doing so.

The Lariat I tested came with over $15,000 in options, putting the grand total at $65,180 with delivery. From a driver’s standpoint, that gave the F-150 the aforementioned EcoBoost V6, voice-activated navigation, max trailer tow package and the skid plates, tray floor liners and tailgate step of the off-road package.

But plenty of those dollars went to turning the Ford into a comfortable daily cruiser. The 502A equipment package adds a heated steering wheel/rear seats, a B&O sound system and remote start while stand-alone options included a twin-panel moonroof ($1,495) and power-deployed running boards ($995). Those running boards helped me, through a series of shin bruising, learn I stand extremely close to cars when opening the door.

The options add on to the fairly well-equipped Lariat, which comes standard with an 8-inch infotainment screen, dual climate control, leather trimmed seats and steering wheel, Wi-Fi hotspot, pre-collision alert, 10-way adjustable front seats and LED cargo box lighting. Occupants are offered loads of space, and there are USB ports and 12V power points in the front and rear.

Creature comforts aside, the F-150 is a good way to test the smoothness of a road without looking at it, though I don’t suggest you do that from the driver’s seat. If the road is relatively smooth, the F-150 seemingly floats and is extremely relaxed. However, if there is uneven pavements or potholes, you will feel it.

While I don’t have the newsprint space to go over the full range of F-150’s, the Lariat with the V6 EcoBoost is a decidedly proficient truck with a superb engine that is well-appointed when you add some options.

Though the F-150 is all of those things, some buyers just want more in with Ford’s bevy of choices. Sure, the half-ton is capable, but perhaps they need some more grunt, and though the Lariat is well-equipped, they want some luxury features on their workman’s truck.

For those people, there is the 2019 Super Duty Limited.

The F-250 Limited is like an MMA fighter who fits into high society. At one end of the scale you have the beastly force of a 6.7-liter turbo diesel offering 935 foot-pounds of torque and the ability to haul up to 18,500 pounds, yet, the 250 also offers massaging chairs for the driver and front passenger.

The Limited is packed to the brim with creature comforts — nearly all the previously mentioned F-150 options come as standard — and like the F-150, it is extremely spacious for both passengers and well, stuff. You could lose a small child in the center console, which, and I learned this during a stop for suds on my way home, can accommodate two, 12-packs of canned beer.

Ford seems quite proud of their Limited trim, so much so, they place a large metal “Limited” badge on the lid of the center console. That’s all well and good until the F-250 has been sitting in the Georgia summer sun for a few hours and you place your forearm on the center console. If you’ve ever been curious as to what burning flesh smells like, I can now tell you.

Despite its luxury-like accommodations and appearance with rich, brown leather throughout, the F-250’s ride is less accommodating than its smaller brother, in fact, it’s quite rough and bumpy. However, that is likely a result from its competence to haul.

For conventional towing, the diesel F-250 with four-wheel drive can take 17,500 pounds. The same setup along with the optional gooseneck hitch kit ($250) allows the Super Duty to haul just under 15,000 pounds in gooseneck towing. Those figures are slightly higher in two-wheel drive models and lower with the 6.2-liter gasoline-powered V8.

While I don’t have a horse trailer or boat to haul around, the 6.7-liter turbo diesel feels as if it has enough power and grunt to move mountains. With nearly 1,000 foot-pounds of torque on tap, the power is put down hard and the turbo spools quickly to launch the Super Duty behemoth down the road. For its heft, the 250 is surprisingly sprightly.

While the engine is fairly quiet at cruising speed, passengers will not need to ask if there is a diesel under the hood. The knock is pervasive under acceleration, which does dampen an otherwise quiet cabin.

Crew Cab buyers have the option of a 6.75-foot or 8-foot box and, just to add some more options, there are short and long wheelbase options. No matter the selection, the F-250 is a big boy, with an overall length of 250-266 inches. That said, it doesn’t feel as cumbersome or difficult to maneuver as the 2019 Nissan XD.

The F-250 Limited starts at $80,240, but again, there are lots of choices, so a base XL short cab with the gasoline engine is just over $33,000 and there is something for everyone in between.

The F-150 and F-250 are both capable, well-appointed above base trims, relatively comfortable, extremely spacious, and the 3.5-liter EcoBoost in the half-ton and 6.7-liter diesel in the Super Duty are strong and proficient power plants.

While it may seemingly take the work of a supercomputer to calculate all the different ways you can spec the Ford trucks, this writer, who is terrible at math, can confidently say most buyers will be pleased with extended cab F-150 Lariat with a good bit of options or the F-250 Limited. These Fords combine excellent capability with enough creature comforts, features and roominess to be a family truck.