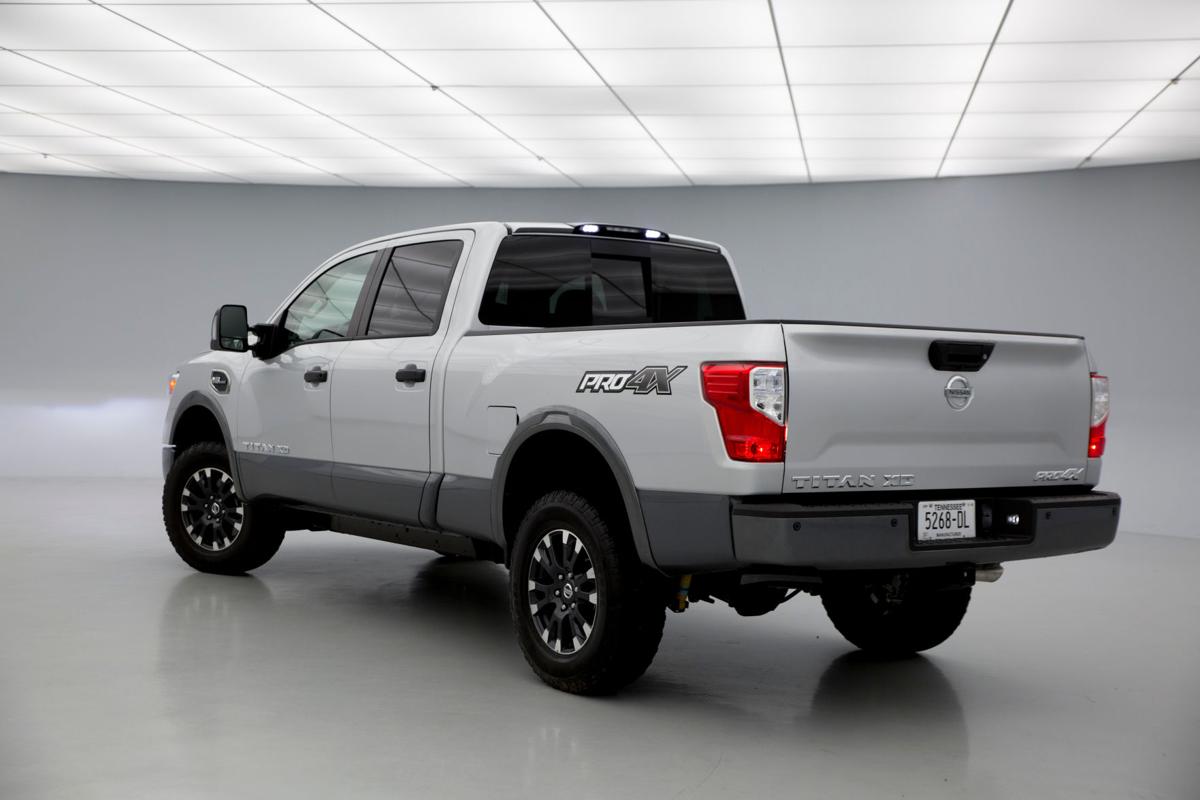 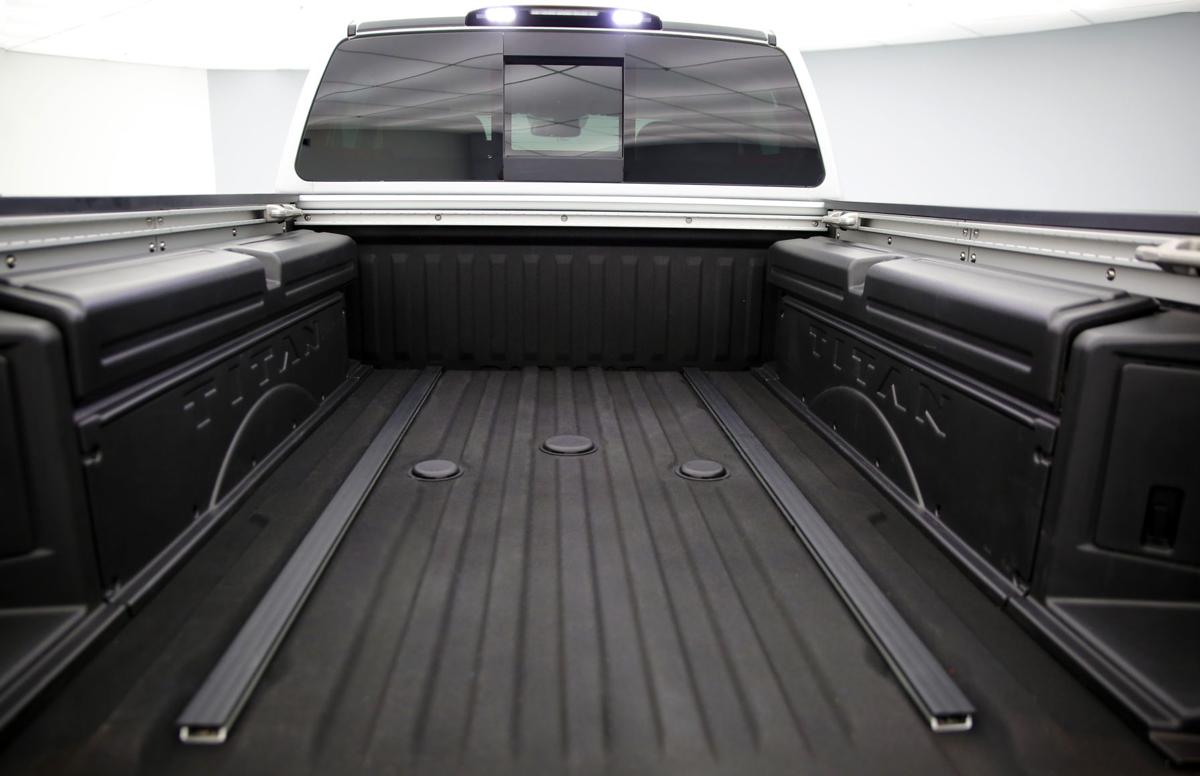 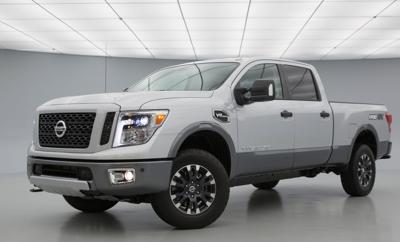 It’s a weight loss revolution! The 2019 Nissan Titan XD Pro-4X crew cab diet is your ticket to burning away the pounds, achieving a slim waist, sexy abs and ripped muscles! This fat melting machine can be yours for the low, low price of just 1,313 payments of $19.99!

The secret to the Titan XD’s fat-burning formula is in its dimensions. The Pro-4X will ensure you avoid the drive-thru because it won’t fit through the lane! Watch your waist slim as you walk off the calories from having to park in the very rear of every lot you visit! And as you slim down, you’ll watch your pant sizes descend and watch the crotch seams of those pants explode while trying to climb into the behemoth that doesn’t come with running boards!

Okay, so it’s not fair not pick on the Titan XD for being big. In fact, compared to heavy-duty models from its competitors, it’s only slightly larger than the Chevy 2500 or the Dodge 2500, and is actually smaller than the Ford F-250. But this just wouldn’t be a Left Lane article unless the opening paragraphs had nothing to do with the car in question, now would it?

But while we are comparing the Nissan to its heavy-duty rivals, it should be noted that the Titan XD falls short in many areas of concern to those needing a workhorse truck.

The Titan may have the dimensions of a heavy-duty, but its towing and payload abilities are outshined by competitors. The XD’s towing maxes out at just a hair over 11,000 pounds with the gas engine. In the 5-liter Cummins turbo diesel I tested, the max is raised to 12,600.

A similarly powered Ram 2500 can haul nearly 20,000 pounds and the Silverado 2500 with a turbo diesel manages over 3,000 pounds more than the XD. It’s the same story for Ford’s turbo diesel, and its gas engine also outpaces the XD by around 2,000 pounds depending on drivetrain.

It’s a similar story in payload ratings, where the Ford and Dodge will get you over 1,000 pounds over the Titan.

But Nissan appears to be fine with this.

The manufacturer says the XD has “staked out a unique position” between heavy-duty and light-duty trucks, providing towing ability like the big boys while offering a lower fuel efficiency than its counterparts. However, that mpg claim could only be dissected anecdotally. Because the XD is considered heavy-duty by the EPA, its efficiency is not rated. In my week with the Cummins diesel, I averaged 16 mpg in almost exclusively city miles.

Now, about that diesel.

The Cummins powerplant delivers 310-horsepower and 555 lb.-ft. of torque (the gas engine comes in at 390 and 394). Again, those are lower numbers than other heavy-duty trucks, but the real issue is the groans from the engine fill the cabin of the XD, and the six-speed automatic transmission is annoyingly clunky.

It is a bit of shame, considering the XD is otherwise comfortable, if you can get past the dopey transmission and insanely heaving steering at low speeds. As expected in such a behemoth, passengers have ample room to stretch, but the Nissan also provides comfortable seats, plenty of storage options and a smooth ride.

You can travel mostly in comfort from jobsite to jobsite with enough room to get equipment in the Titan’s appropriately sized bed. My tester also included the optional Titan Box, which includes two narrow, built-in toolboxes in the bed.

It’s easy to check a high number of ticks in the XD’s options list, which includes 11 packages. The Pro-4X trim adds off-road tires and shock absorbers, a locking rear differential, cosmetic updates, and interior features including captain’s seats in the front, a leather-wrapped steering wheel and other add-ons.

The Pro-4X also gets two unique options packages, highlighted by the Pro-4X Utility Package which adds convenience and comfort features like a 110V outlet in the bed, power slide rear window and Nissan’s Uliti-Track cargo system with four tie-down cleats and more.

But why, oh why the Pro-4X comes without step rails is a mystery to me. I have the body of the average blue-collar man this truck aims to please but getting into the XD was an embarrassing exercise in portly-man yoga. On my first day with the XD, I decided to park the Nissan on a grassy incline and snap a photo for all seven people that follow Left Lane on Instagram. Without thinking, I parked the passenger side of the truck on the declining slope, resulting in a most ungraceful, face-first plop into the bottom of the driver’s seat when I was able to, sort of, get back in the cabin. And I pulled my back in the process.

If you haven’t been doing your stretches lately or have an affinity for tight pants, I’d suggest adding the optional aluminum running boards to the Pro-4X. Step rails or running boards are standard in the other four trims.

With so many options packages and five trim levels, prices can greatly vary for an XD.

A single cab in base “S” trim with two-wheel drive starts at $32,990 while a four-wheel drive crew cab in Platinum trim rings in at nearly double that figure. The Pro-4X with the Cummins diesel begins at just under $55,000.

As Nissan said, the XD sits between light and heavy-duty trucks. From the outside, it’s all on the heavy side with its bulky dimensions, but it’s not a huge step-up from the capabilities of smaller options in the light-duty sector.

So, the Nissan XD. Perfect for the indecisive.