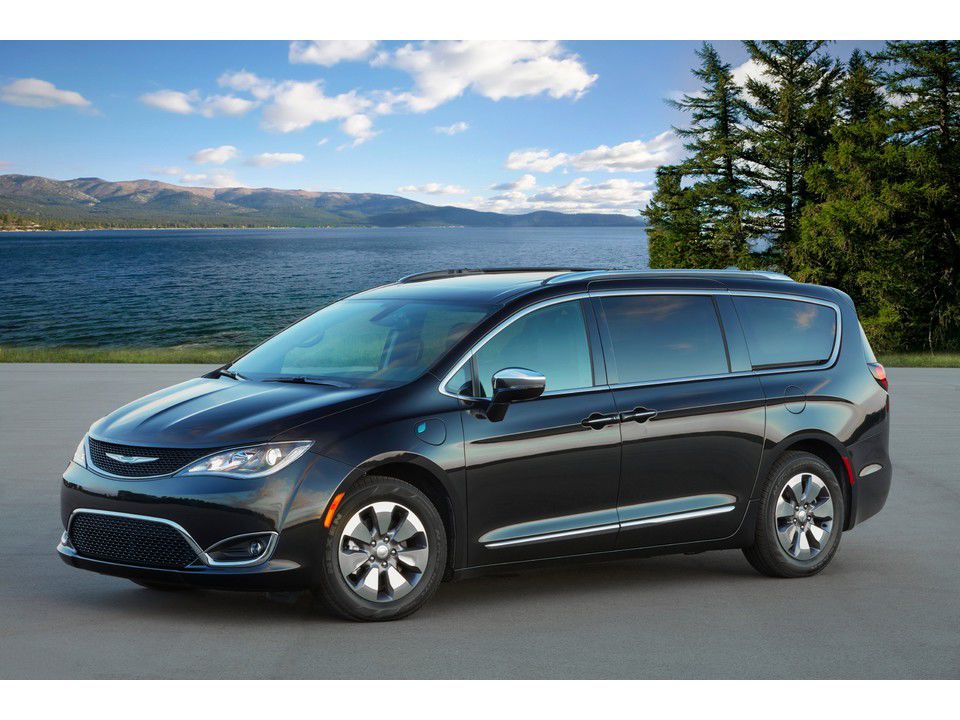 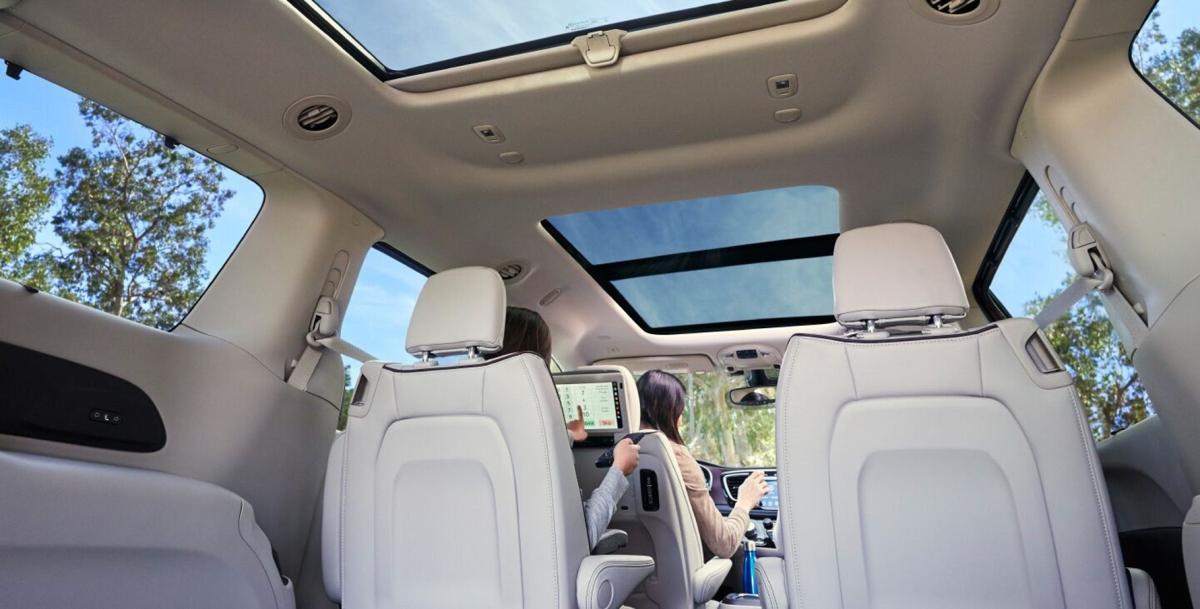 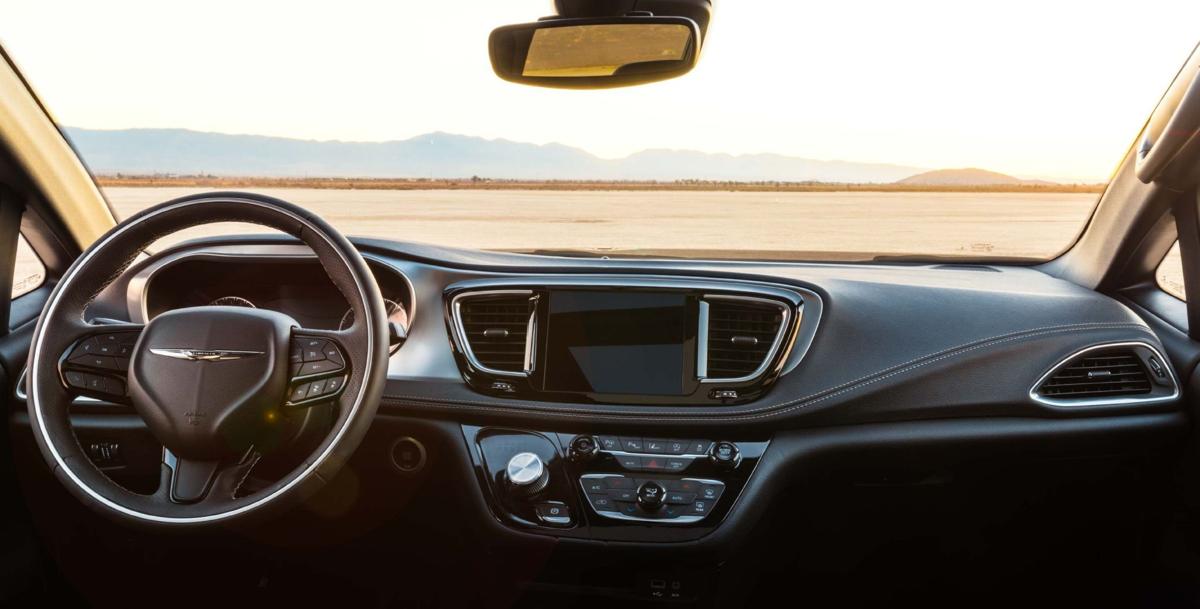 The time has come for my bi-annual defense of the minivan, and that is because the leader of pack, the Chrysler Pacifica, recently graced my driveway. Well, I think it’s the leader of the pack. I haven’t tested the Honda Odyssey, but that is because Honda has apparently been reviewing my press profile for nearly two years.

Anyway, I could have reviewed the Pacifica as is instead of defending it and an entire segment of vehicles. But you see, while the Pacifica sat in my driveway, an extremely popular three-row SUV was parked right beside it. The comparison ensued.

The two offerings shared much of the same DNA — seven seats with captain’s chairs in the middle and an accommodating rear row, plenty of storage space in the cabin, a healthy dose of upscale elements and active safety systems. Both provided a comfortable ride and appropriate performance and driving characteristics for a family hauler.

Despite what they had in common, there were still glaring differences.

For instance, one model offered the same seating capacity but far more cargo space behind the third row. It also came with far better family-friendly features and a more upscale feel. It had a lower lift-over height and was smaller overall while still being extremely accommodating. This model also had significantly better fuel economy on normal engine power alone, and over triple the mpg equivalent (MPGe) with its hybrid system.

Oh, and it happened to cost over $25,000 less than its counterpart.

Now, it does not take a seasoned detective to work out that the Pacifica was the major winner in this fight. But three-row SUVs and crossovers have perhaps won the more the important bout — the favor of the general public.

While I cannot sway John Q. Public’s opinion on minivans, I can say the Pacifica is perhaps the overall best family hauler on the market, including three-row SUVs.

One major reason is the sheer amount of space for people and things. There are enough cubbies, bins and stowaways to potentially misplace an entire child. With its conveniently low rear deck, the Pacifica offers 32 cubic feet of storage space behind the third row, which features Chrysler’s Stow ‘n Go system. Because of the hybrid’s battery pack taking up added space, Stow ‘n Go is not offered for the second-row captain’s chairs, but the seats can be removed completely. And that is a less daunting task than it sounds.

With the rear row stowed away, the Pacifica offers a massive 87.5 cubic feet of cargo space behind the middle seats.

My tester was the fully loaded Limited trim, which adds hands-free liftgate and sliding doors, Nappa leather seating, bum-cooling front seats, a 20-speaker Harman Kardon sound system and navigation. The Uconnect theater system is also standard. It includes two, 10-inch seatback touchscreens, auxiliary power outlet, wireless headphones, remote controls, HDMI and USB ports and Blu-ray player so the little ones will never again be bored on a long car ride. Well, they will probably complain anyway, but these amenities should at least delay the inevitable.

There is also the KeySense system that allows parents — or overbearing spouses, I suppose — to program a second key fob that can set limits on speed, audio volume and other settings when in use.

And remember, it is still over $25,000 cheaper than a particularly popular three-row SUV.

Maybe part of the minivan stigma comes from the anticipation of sluggish performance and driving characteristics that are about as enjoyable as drinking WD-40. But as mentioned, the Chrysler serves up satisfactory performance and drive quality for a family transporter.

The Pacifica hybrid is powered by 3.6-liter V6 working in unison with two electric motors for 260 horsepower. The power plant is surprisingly sprightly, and acceleration from a stop or at highway speeds is acceptable. The EFLITE electrically variable transmission is mostly smooth, and the Chrysler soaks up the lumps and bumps of the road to provide a smooth ride.

The hybrid system nets the Pacifica 82 combined city/highway MPGe and 30 combined on gasoline power alone. It also has a range of over 30 miles solely on electric power.

The cabin is whisper quiet, and the Uconnect infotainment system is both attractive and easy to use with knobs and buttons for more common inputs.

Those who shake their stigma of minivans will be supremely rewarded with the Pacific hybrid. It presents good value for money, has plenty of conveniences built in, and is spacious, comfortable and practical. And let’s face it, anything that has grocery bag hooks on the third-row seatbacks is bound to be a better family car than a three-row SUV.