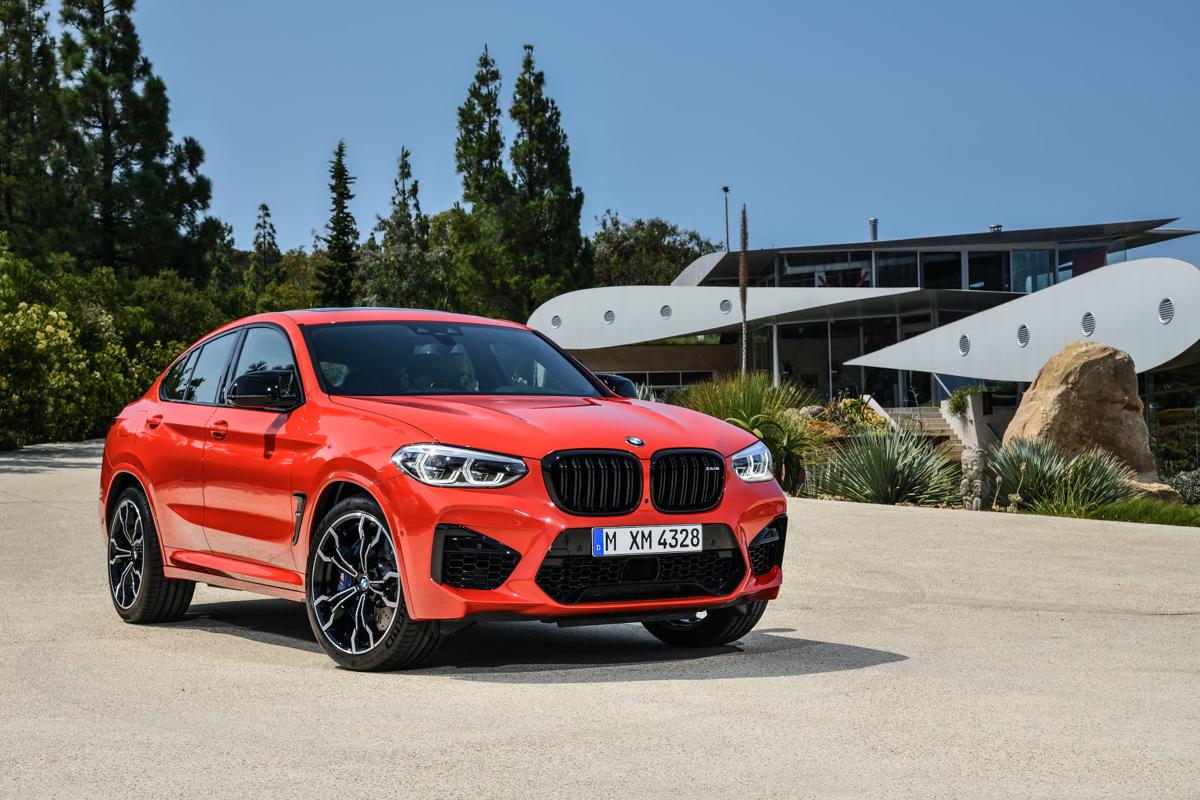 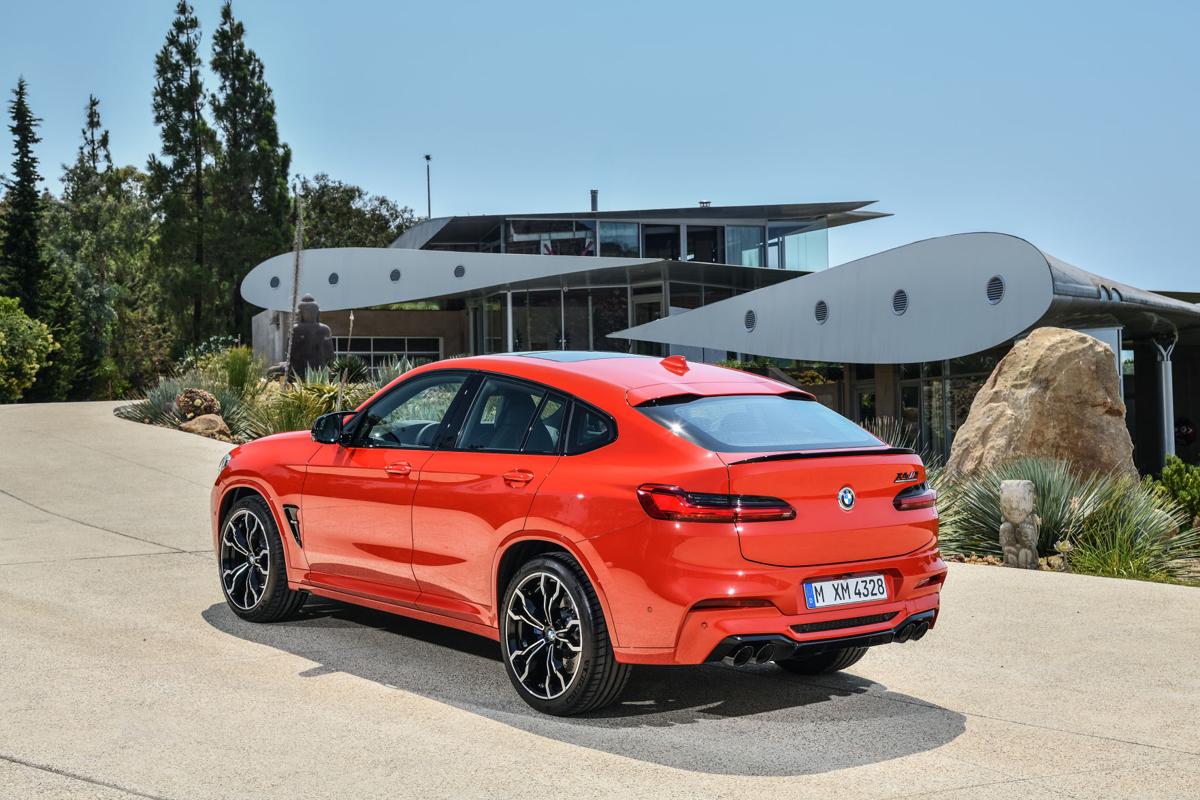 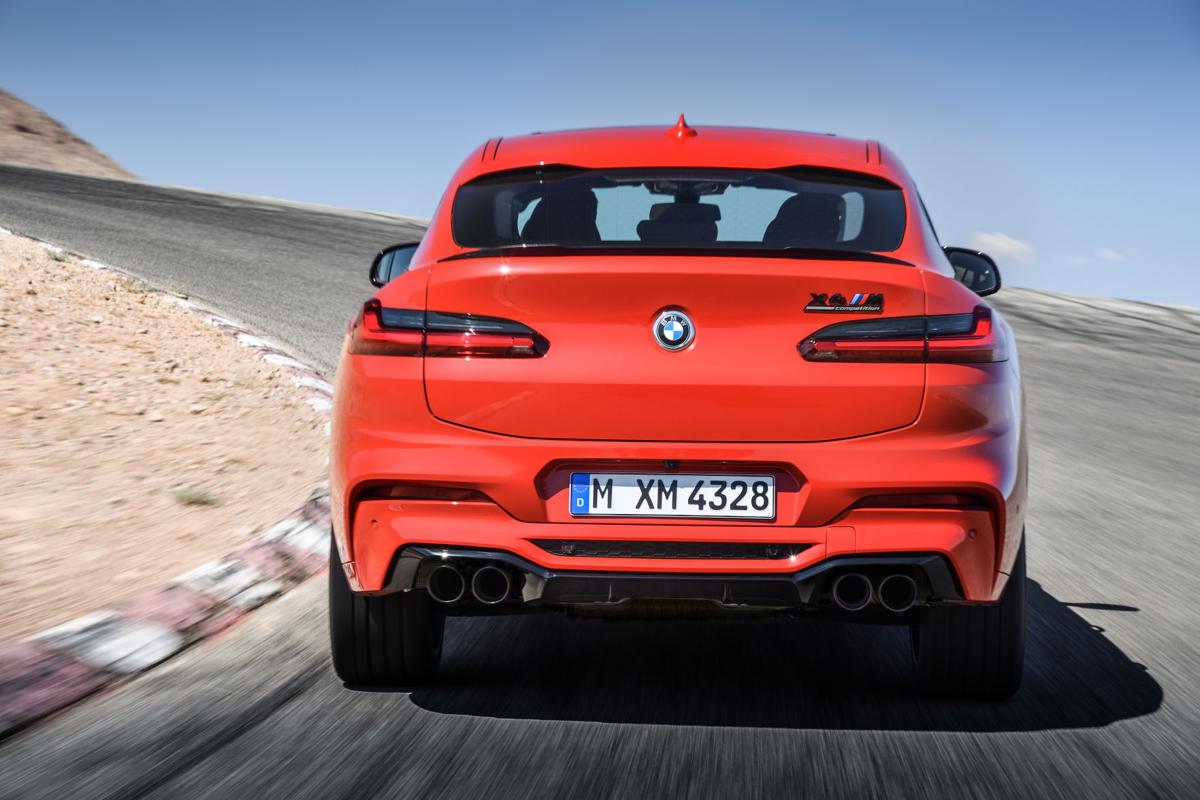 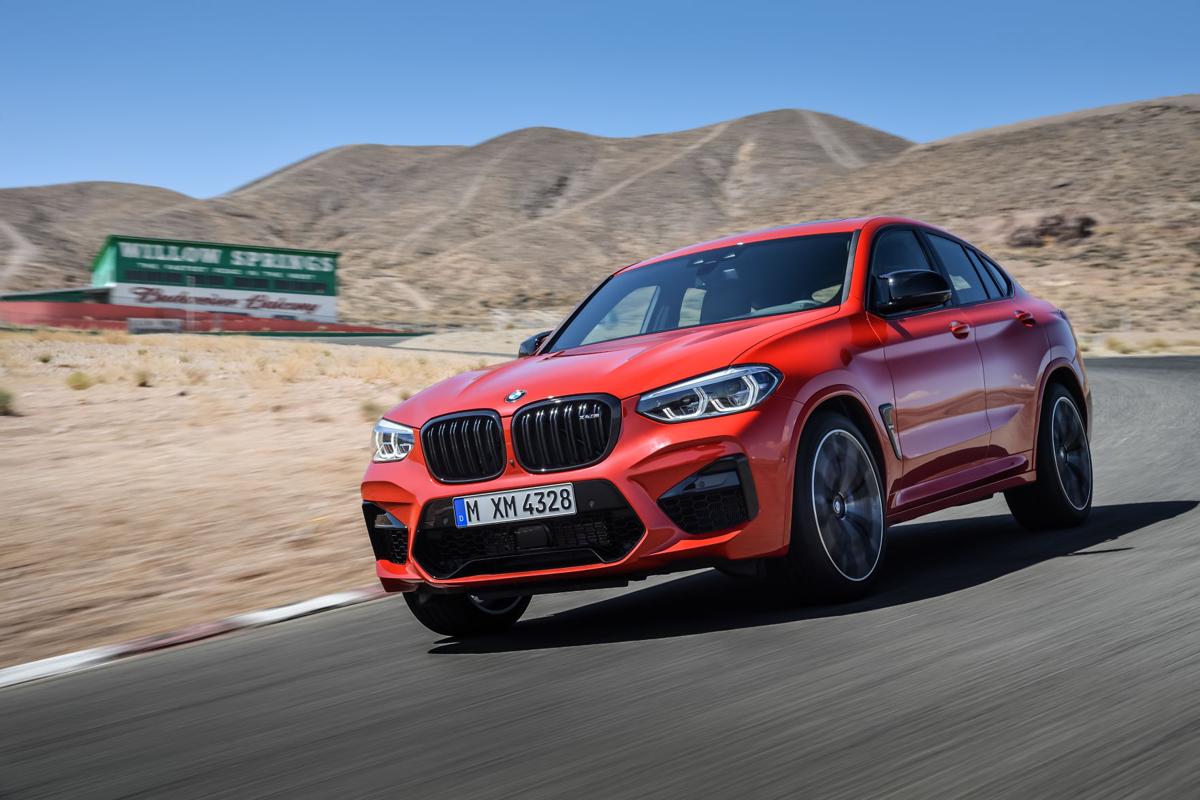 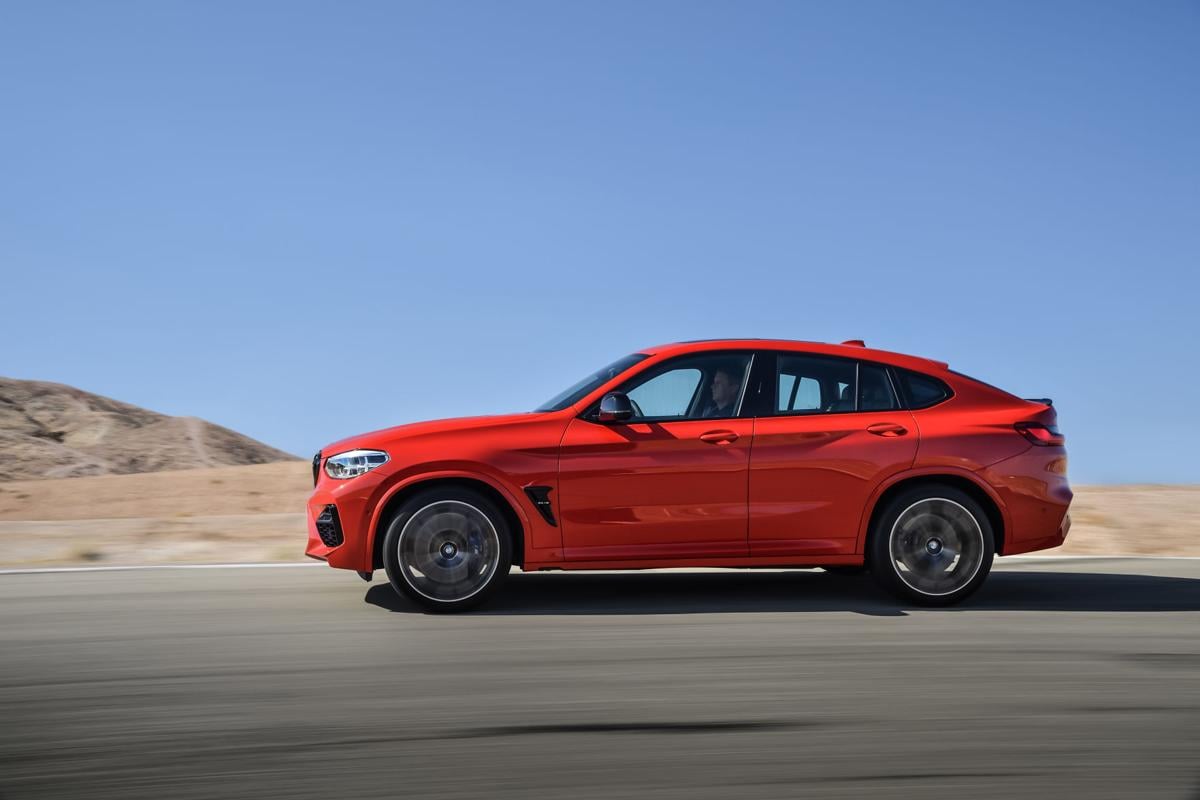 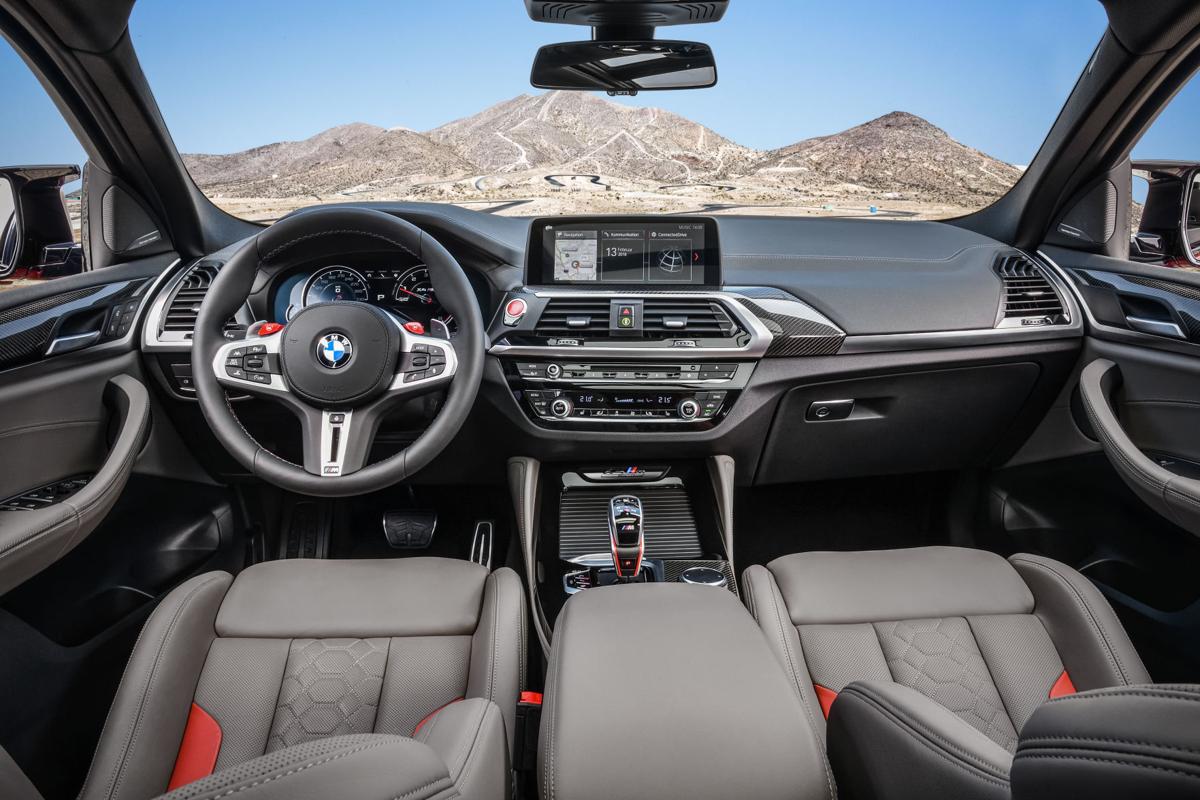 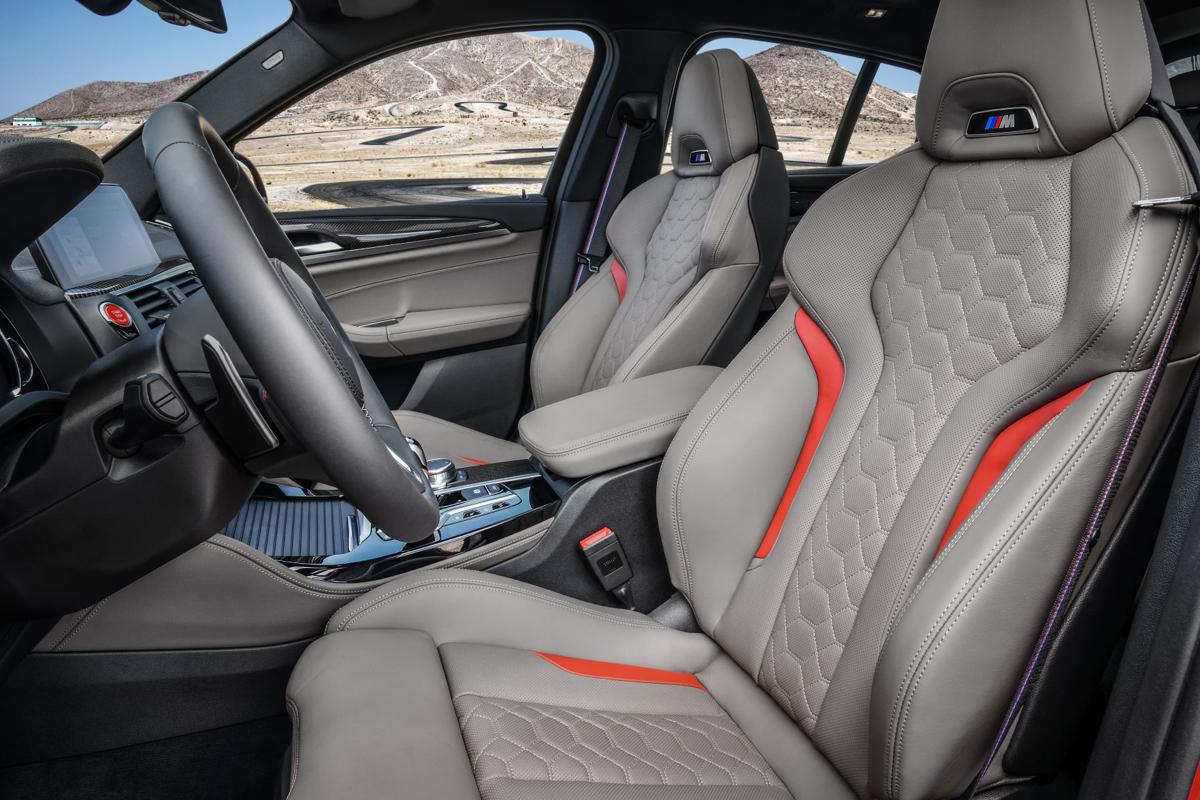 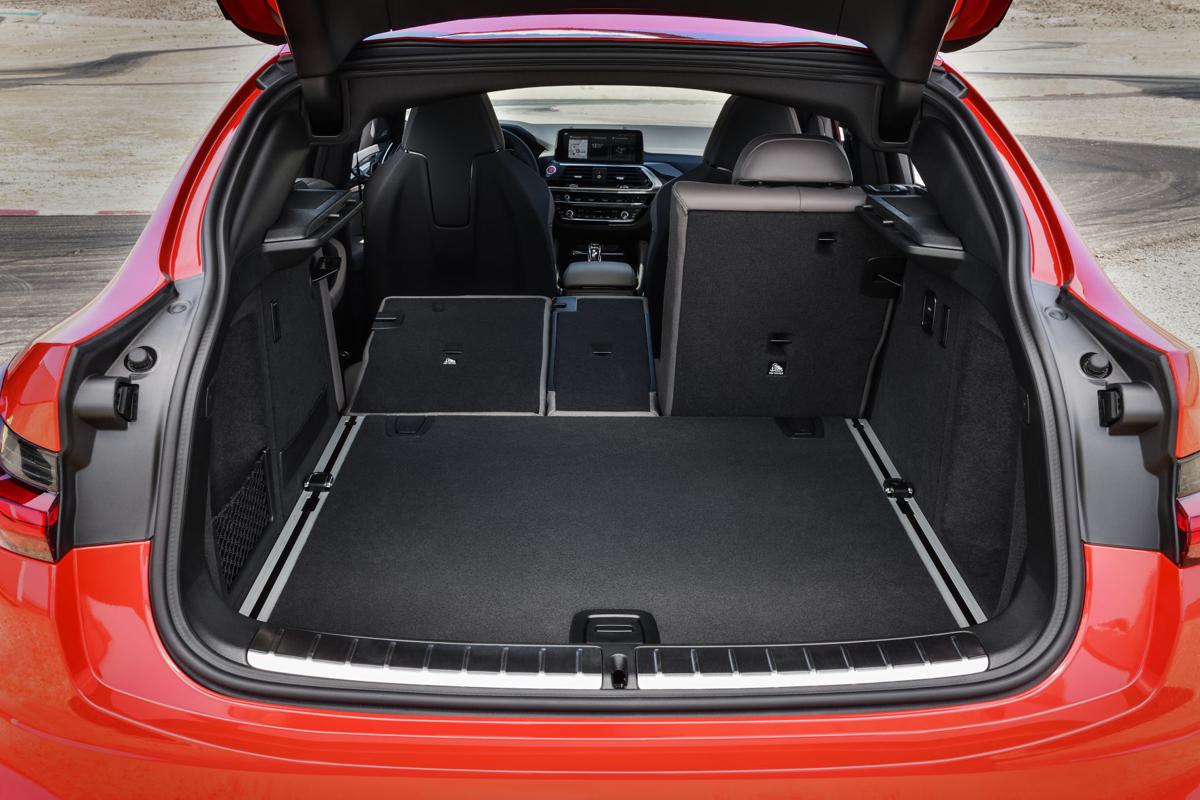 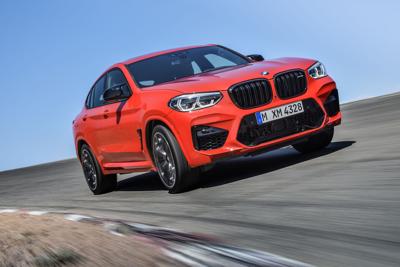 While reviewing the BMW X2 and X6, I wondered who is the type of person that would opt for a fastback crossover over the more traditional X3 and X5, which provide more headroom and better cargo area for less money. While those questions stumped me a bit, I know exactly who is in the market for the all-new 2020 X4 M Competition — an insane person.

It is not senseless to want a compact, luxury crossover. But it takes a person who routinely licks windows to request their compact crossovers give drivers the options to change a myriad of sport settings on the fly, to have 21-inch wheels bearing Michelin Pilot Sport 4S tires at all four corners and ride on an M-tuned adaptive suspension. Also, give it over 500 horsepower and launch control while you are at it, they might say before snorting a line of frozen peas.

The Competition is ridiculous on paper and even more absurd from behind the wheel. And that is why I am smitten.

Powering the lunatic mobile is a 3-liter, twin turbo 6-cylinder offering 503 horsepower. That’s an increase of 30 horses over the already powerful standard X4 M. The powerful engine serves up the greatest chunk of its power high in the rev range, with its max 442 ft.-lb. of torque coming between 2,600 to 5,950 rpm.

That is a lot of numbers to say this — the Competition is nonsensically quick for a compact crossover. Hell, it’s quick compared to just about anything on the road.

There is faint turbo lag when gunning the Competition from a standstill, but that’s not necessarily a complaint. After all, it gives you a fraction of a second to grab onto something. And you will want to hold on considering the BMW monster handles 0-60 in four seconds and will charge to 177 mph.

While the Competition’s power plant is certainly Mr. Hyde when the accelerator is buried to the floor, it is the epitome of the gentlemanly Dr. Jekyll in everyday driving situations. Despite the engine’s power, there are no great forward lurches in stop-and-go traffic with the driver trying to wrangle the brute like a bucking bull. The Competition is content to hum along city thoroughfares, but passengers with bad backs will be anything but content.

Obviously set up for spirited driving, the Competition’s suspension is exceedingly rigid even with active dampening. While the ride will be too stiff for many even in comfort mode, you must remember this is a crossover made for insane people who might enjoy a bit of harshness after spending their days in a room with padded walls.

But before you go insane behind the Beamer’s wheel, you need to do some homework to figure out all the ways your experience can be adjusted.

Residing in the center stack of the Competition is a plethora of buttons to change suspension, steering and engine settings. Drivers can also adjust the activeness of the transmission’s gear changes with BMW’s Drivelogic system. Three settings are available — relaxed, sporty or the third mode which holds the engine in the upper rev range and provides lightning shifts either in fully automatic mode or with the Competition’s paddle shifters. Exhaust and stability control settings can also be tuned to the driver’s liking.

With so many ways to customize the experience, BMW thankfully had the foresight to allow the Competition to store settings for two drivers.

The Competition has staggering levels of grip and agility that carves curvy roads with gusto. While there is a touch of body roll, the M-tuned adaptive suspension keeps the Competition glued to the pavement and handles the crossovers heavy weight well.

Steering is direct with decent feedback, and the brake feel is spot on. Speaking of brakes, the Competition sports four-piston front calipers and single-piston floating calipers in the rear with 15.6-inch ventilated compound discs. The combination works with incredibly efficiency to slow the hefty Beamer down and send passenger’s eyeballs to the limits of their sockets.

The Competition has the kind of driving performance that makes you question logic. After all, something this heavy and something that rides this high just should not be have the speed, agility and grip it does. I am not sure when manufacturers decided we needed seriously high-performance crossovers, but the world is a better place with them as a part of it.

And all this ridiculousness can be had for a starting price of $80,400, a seven-grand premium over the standard X4 M.

There is only one options package available, but it does come with some sought after features. The Executive Package ($2,500) includes heated front seats and steering wheel, a head-up display, BMW’s Parking Assistant Plus and wireless charging. Any color but Alpine White will cost buyers extra, but carbon fiber, wood or aluminum interior trim can be chosen without incurring additional costs.

The Competition sports well-bolstered seats that keep the driver in place like they were in a strait jacket and feature lighted “M” logos. All models come with a panoramic moonroof, Harman Kardon sound system, Apple CarPlay compatibility, Wi-Fi hotspot, navigation and a 12.3-inch infotainment screen. Unfortunately, the Competition gets the outdated sixth generation of BMW’s iDrive system.

But remember, this car is made for nutjobs who likely view active safety features as a low priority. They want ridiculous speed wrapped in an absurd package, and the Competition absolutely delivers in that regard.

And after a week behind the wheel, you can add me to the loony bin.