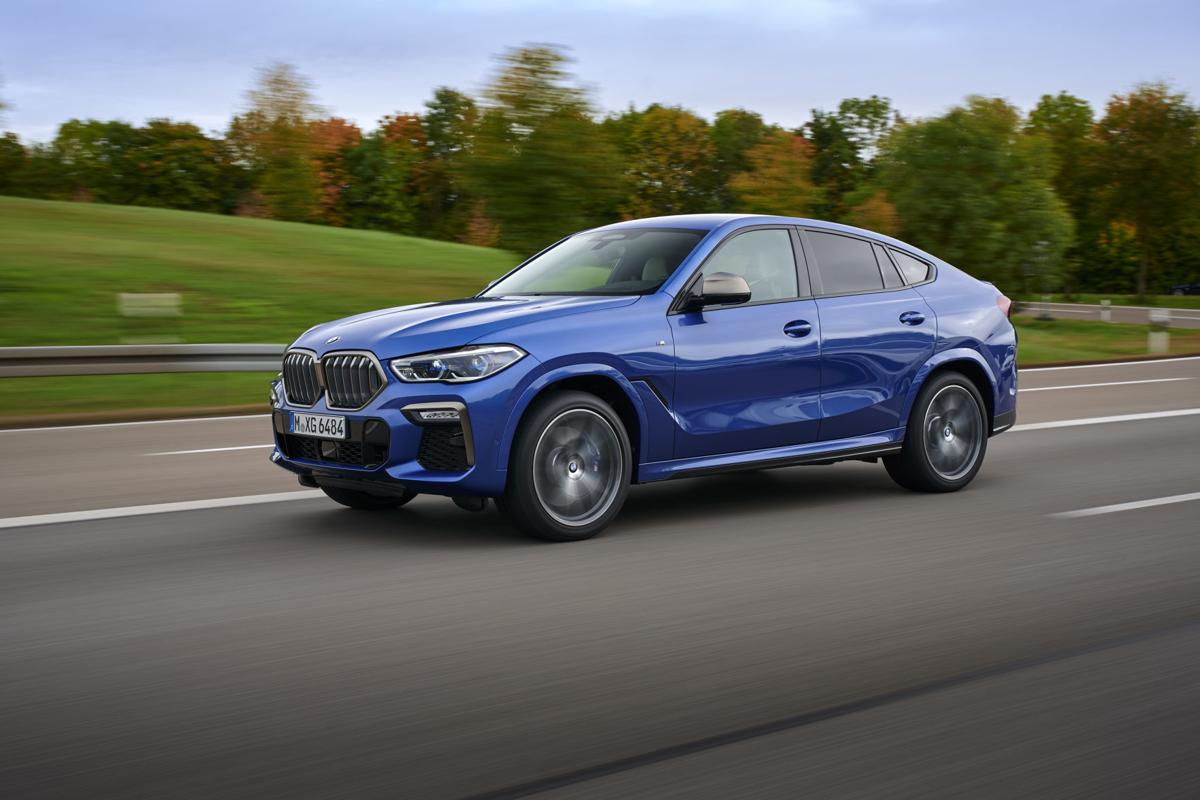 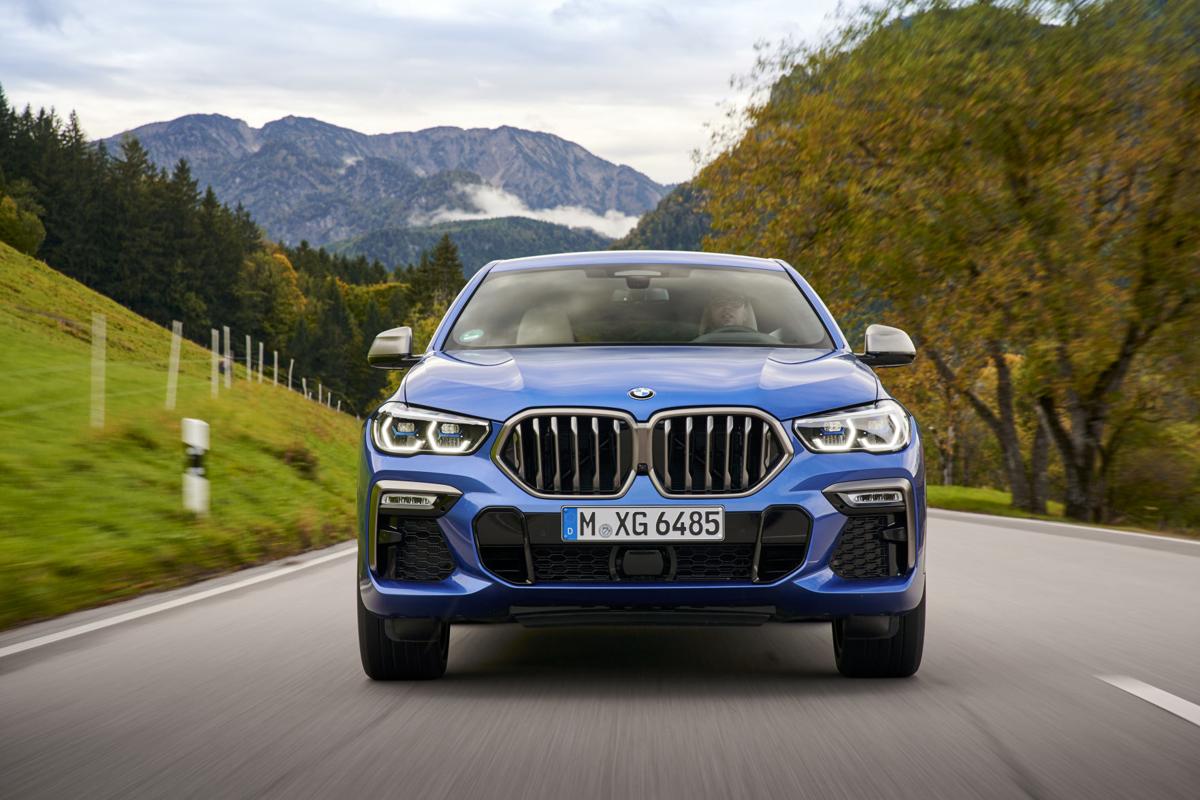 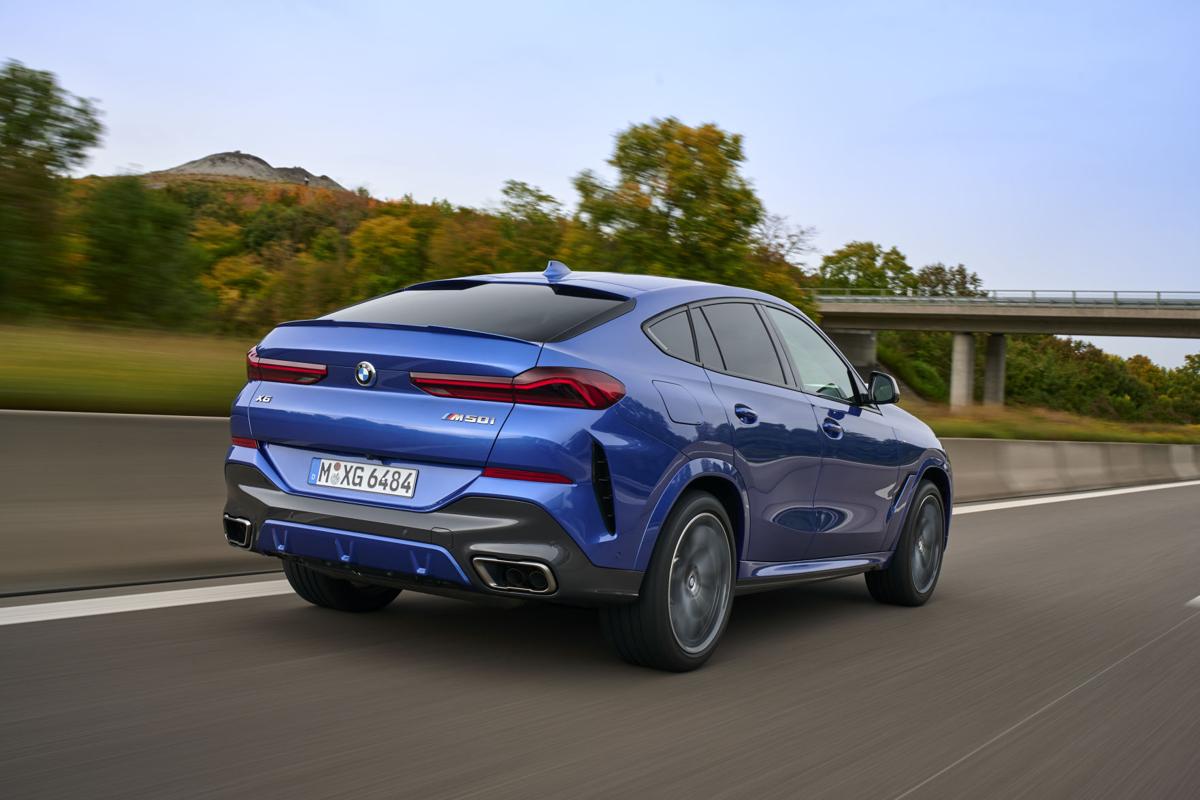 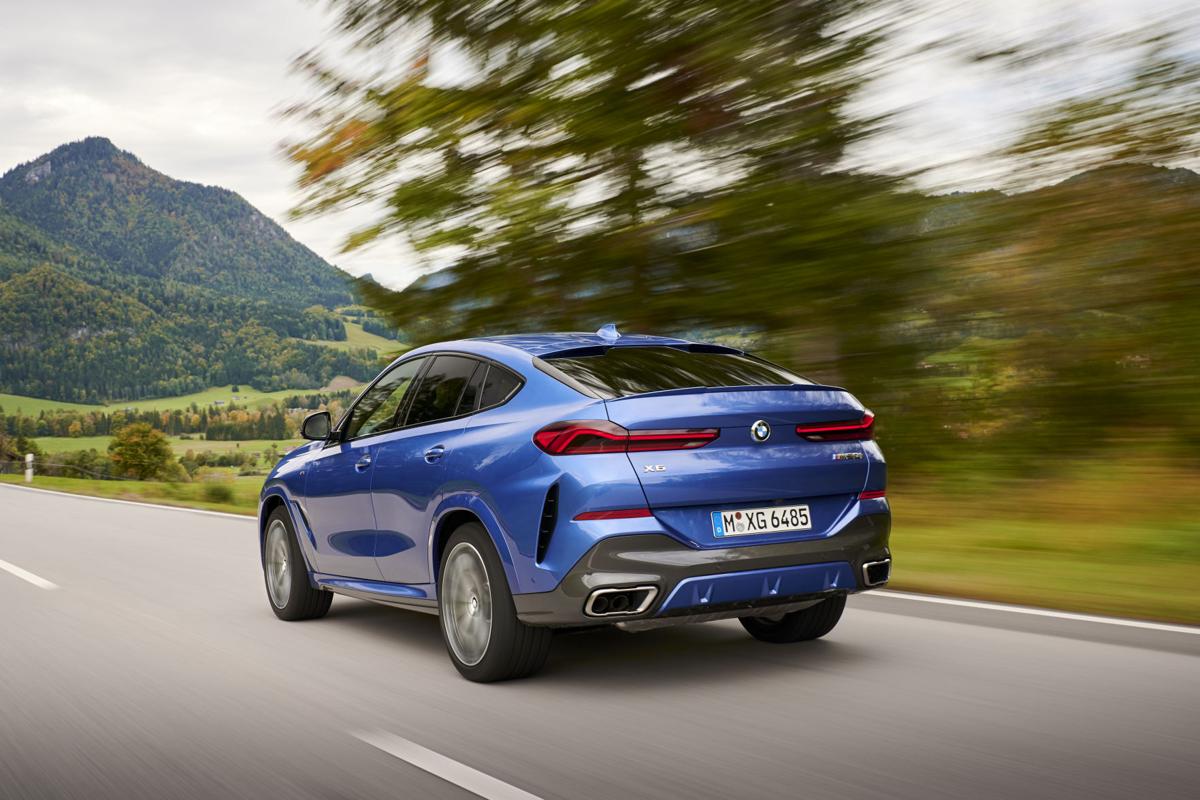 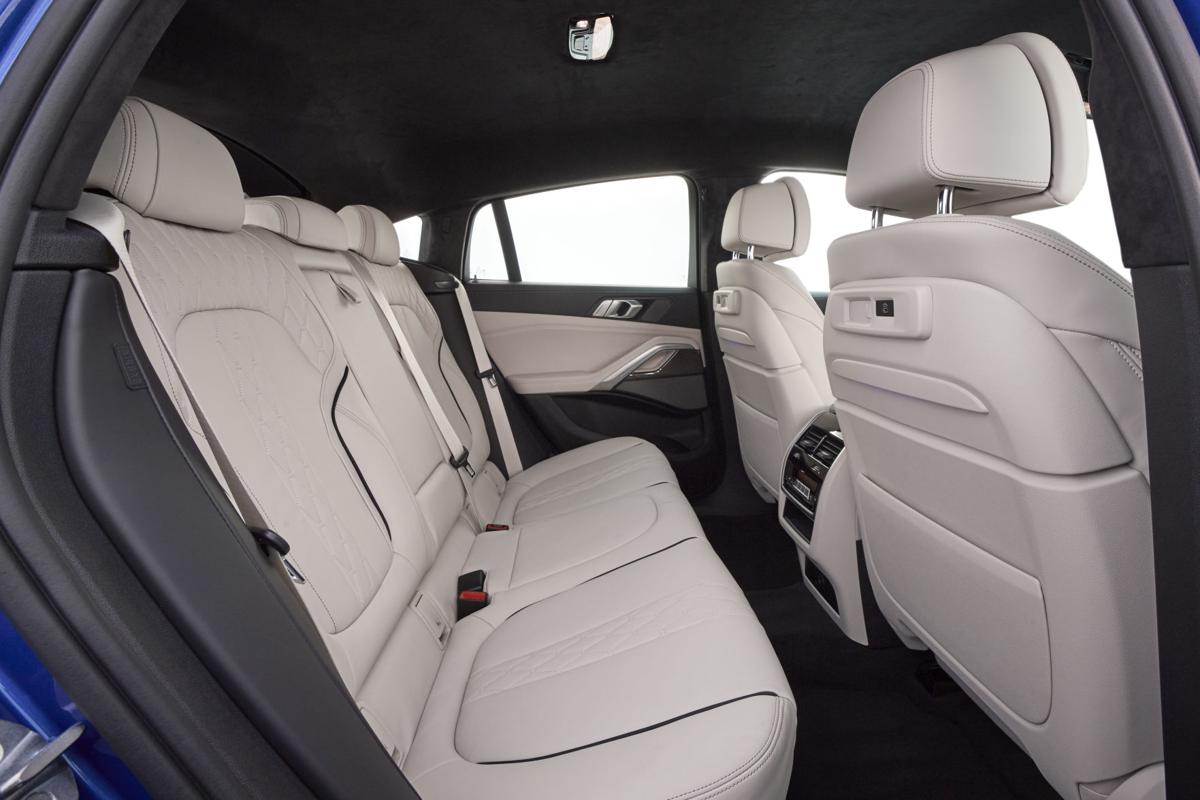 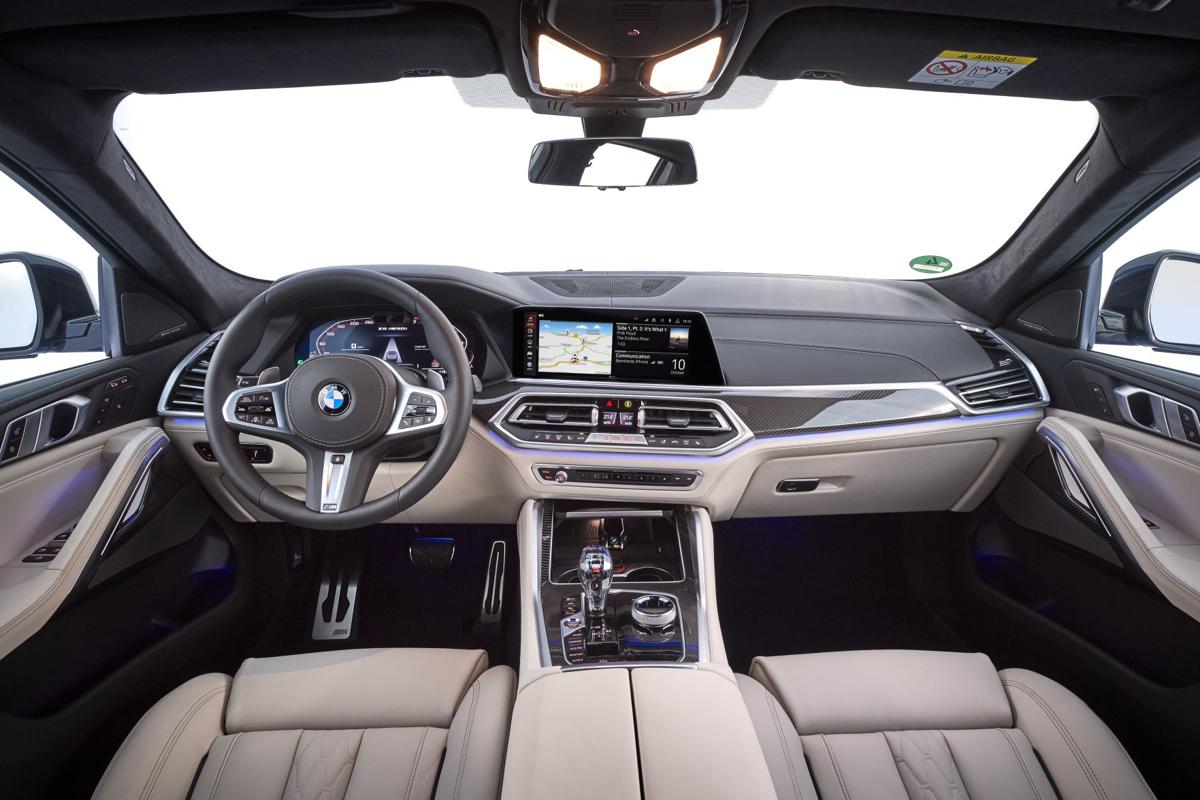 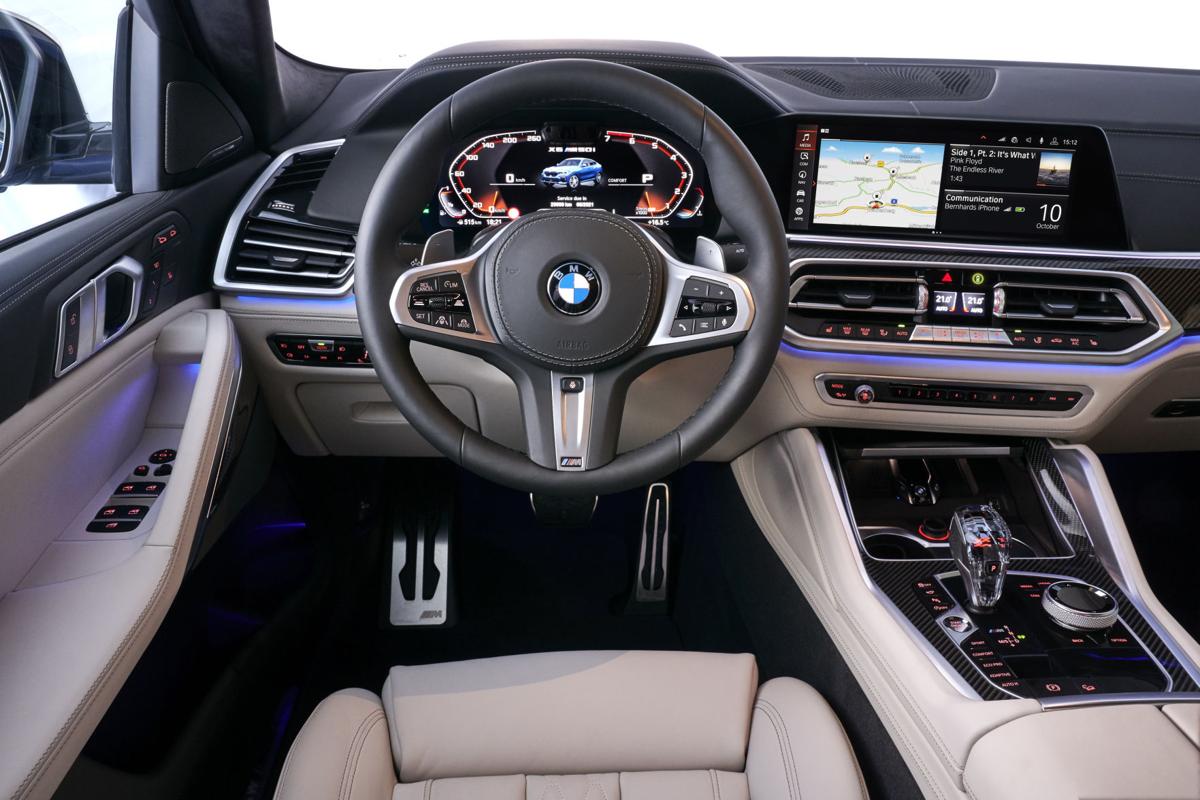 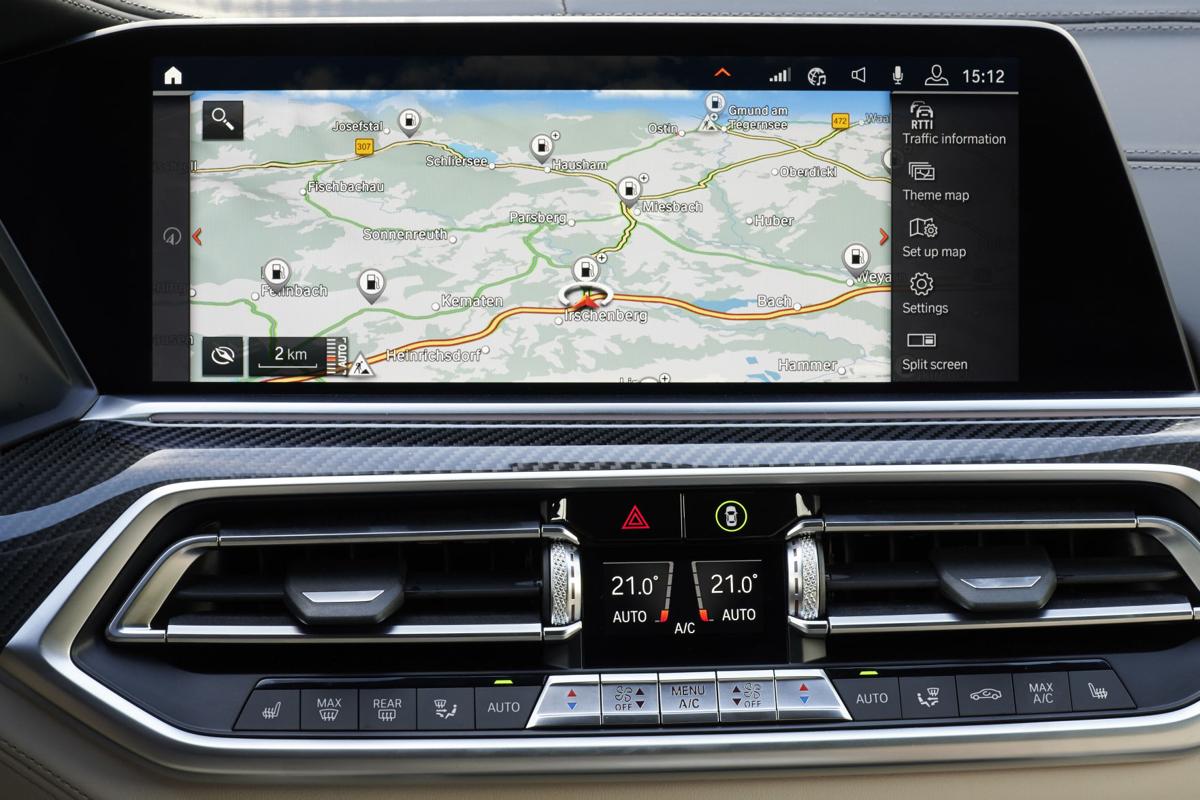 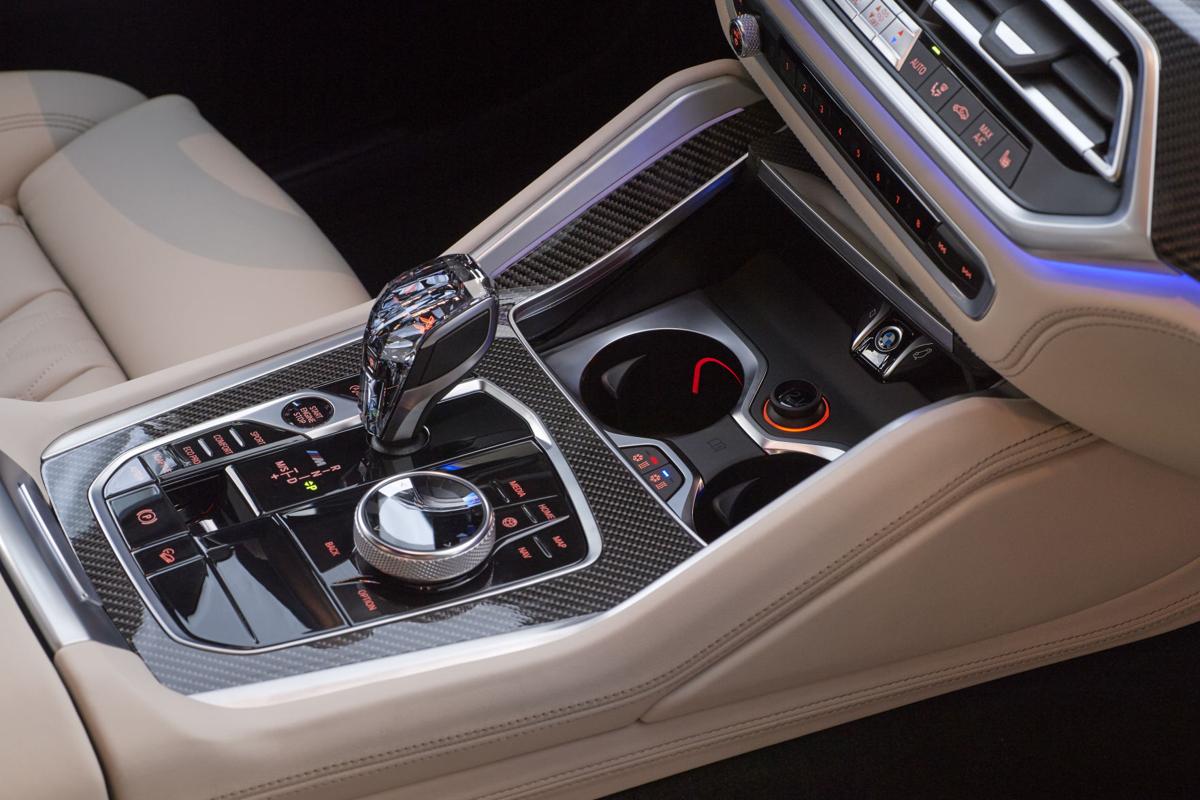 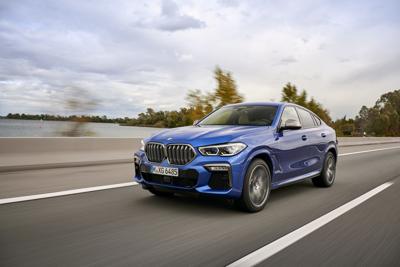 When BMW introduced the X6 over a decade ago, it was generally received with, if I can use meme speak, “y tho?” Who would willingly sacrifice headroom and cargo space in a type of vehicle where such figures are high on the priority list for buyers?

But the difference between the debut of the X6 and today is the BMW is no longer the only player in the market. Mercedes-Benz now offers the GLE and GLC coupes and their AMG-tuned siblings. Lamborghini is in the game with the Urus, and though they have far less dramatically sloped rooflines, add the Audi Q8 and Toyota CH-R into the mix. There was also the poor-selling Acura ZDX which went to the great car crusher in the sky in 2013. Looking to the future, Ford’s Mach-E will join the fray of fastback crossovers.

With competition cropping up, BMW has introduced the third generation X6 for 2020.

The new X6 has hit a growth spurt and is now slightly longer and wider with an increase of 1.6 inches to the wheelbase. All models will now come with standard 20-inch wheels, Vernasca leather seats, variable damper control and added USB ports, but the most obvious updates are the crossover’s exterior styling.

Like bleu cheese and Brussels sprouts, those who view the styling of the X6 will fall into the love or hate category. The X6’s looks are still polarizing, but the updates on 2020 models will make the Beamer a bit more palatable for all tastes.

The new styling includes faux intakes near all four wheels and an updated front end that tosses out the old circular fog lights. The lower vent is now fully open and there are sharper angles on the flanking intakes. The sloping roofline, which seems better suited to the overall X6 styling over previous years, includes twin diffusers and descends to the imposing, Kardashian-esque rear end.

The back portion of the X6 is likely where its styling could lose some followers. It is wide, tall and sports all kinds of varying angles. It is not exactly unattractive, but it is definitely funky.

Some (or many) may be in the hate camp on its looks, but you can’t see the exterior from the driver’s seat, and the experience from behind the wheel is enough to make you forget the X6’s styling.

The crossover’s ride is comfortable and poised, the interior layout is intuitive and well-appointed, the roofline does not impede too greatly on space for rear passengers, and you can have over 500 horsepower at your disposal.

Buyers can choose from two versions of 40i models, either with front or all-wheel drive powered by a 335-horspower V6. But as I said in my review of the 2019 X5, why not go big while you go home and opt for the V8 in the M50i.

I loved this engine in the X5, and unsurprisingly, it is still a gem no matter the shape of the roofline.

The V8 provides consistent, torquey punch to get the hefty Beamer off the line and up to 60 mph in 4.1 seconds with power sent to all four wheels. It almost seems as if BMW engineers wanted to show off the X6’s sizeable torque figures. On throttle tip-in, you move the accelerator enough to warrant a gentle sendoff, but instead, the power seems to hold until you wonder why you have yet to move. So, you give the pedal a bit of a stiffer push and the X6 suddenly launches you back into the headrest. In most cars, this would be annoying in traffic, but it is pretty easy to forgive when the X6 jolts back to its haunches like a rearing horse. The experience is also aided by the M Sport exhaust system, which gives the X6 a throaty, V8 bellow.

The X6’s engine is paired with an 8-speed automatic transmission that is practically faultless and unnoticeable around town — perhaps the best compliment you can bestow on a transmission.

My tester was fitted with the optional Dynamic Handling Package which adds four-wheel steering, an M-tuned suspension and roll stabilization to the tune of $2,600. While I can’t speak for the X6’s drive without the adaptive suspension, the Beamer provides a relaxed ride. While some bumps are felt, they are well dampened by the suspension even with the optional 21-inch wheels. Outside noise is also kept hushed.

Body roll is also kept to a minimum so you can unleash the M50i’s 523 horses without leaning through corners, and the M Sport brakes bring the big Beamer to a drama-less and quick stop.

But there is the elephant in the room — that fastback roof and its impact to usability.

The coupe-styled roof makes a more significant impact in the X6’s smaller brothers, the X2 and X4, but in the midsized version the decrease in rear headroom is less noticeable. While my size (among other things) will prohibit me from playing center for the Miami Heat, I am of average height and required no neck bending when sitting in the rear of the X6.

With the rear seats erected, the X6 offers 27-cubic feet of storage, 6 fewer than the X5 M50i. A bigger price to pay, however, is rear visibility with the small, angled rear window and lowered C-pillars over the X5.

Apart from some size decreases, the X6 shares the same interior as the X5. It is modern and attractive with high-quality materials throughout, and my tester’s Tacora Red leather seating was eye-catching. Two 12.3-inch screens serve as the digital instrument cluster and center display, and BMW’s iDrive system, though loaded with seeming innumerable menus, is extremely easy to use.

Buyers can also opt for a glass shifter and iDrive controller for $650, which makes the controls look like something your grandmother would break out of her hutch on Thanksgiving. Or maybe that’s just me. Those who want to show off the X6’s nose can also add $500 to illuminate the kidney grille, a first for all BMW models.

Pricing starts at $85,650 for M50i models, around a $20,000 jump from 40i models, and my options-filled tester broke the $97,000 mark with larger wheels, parking and driver assistant packages, adaptive LED headlights and other add-ons.

The Luxury Seating Package ($1,200) gives the standard 20-way adjustable seats massaging and butt-cooling abilities, and the Premium Package ($1,250) adds remote engine start and a head-up display. The package also includes gesture control for adjusting things like music volume and infotainment menus, but it only seemed to work when I was making gestures not intended for the system.

Gesture control may be gimmicky, but the X6 M50i is the real deal. With a V8 under the hood, it is quick and enjoyable to drive with fervor, the ride and appointments make for a comfortable cruiser and it still practical as a midsize crossover even with its fastback roof.

In other words, I’m saying I like blue cheese.