You are the owner of this article.
Edit Article Add New Article
You have permission to edit this article.
Edit
Home
Publications
Calendar
News
Opinion
Podcasts
Submit
Announcements
Classifieds
Obituaries
About Us
Advertise
1 of 13 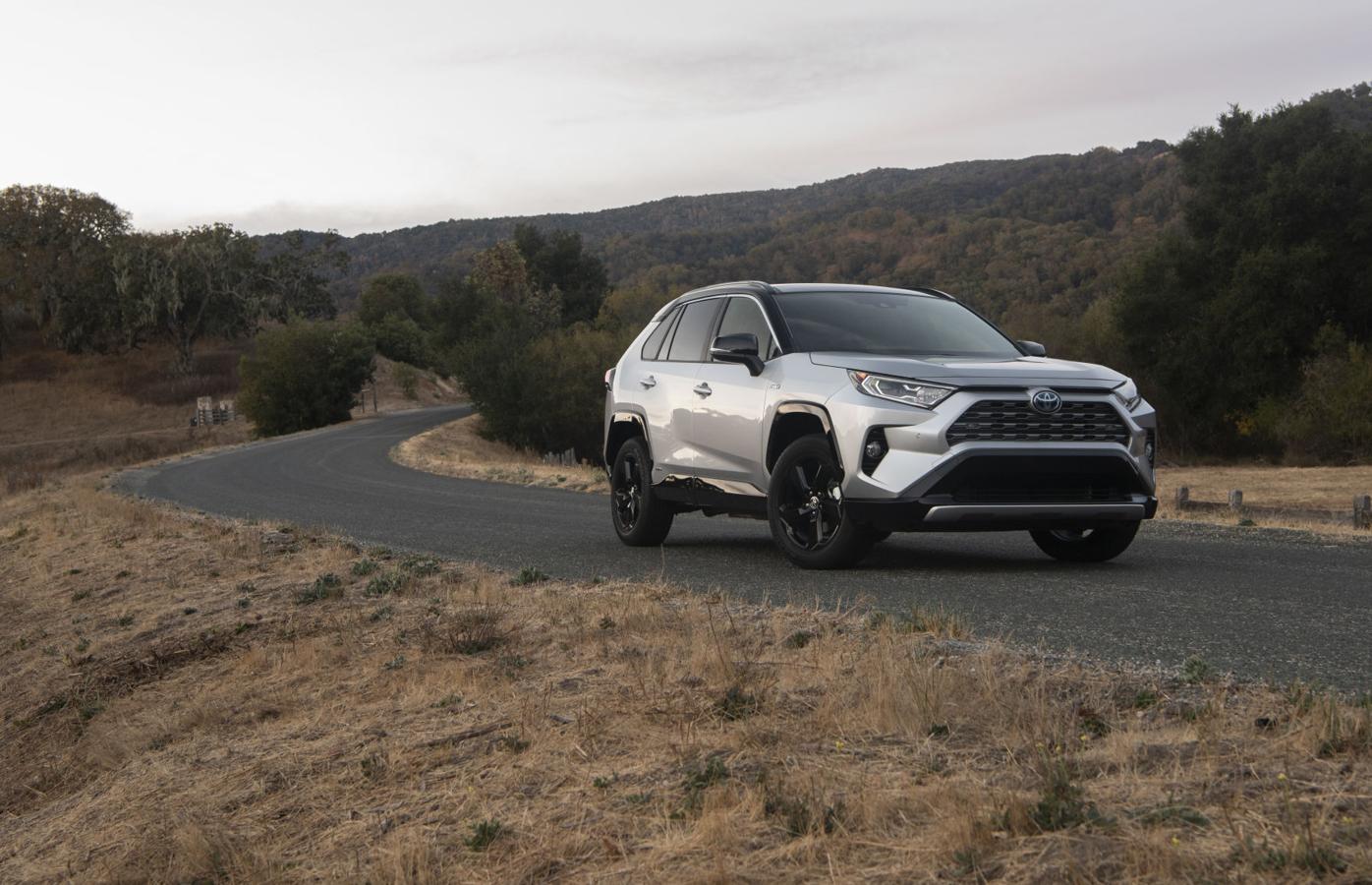 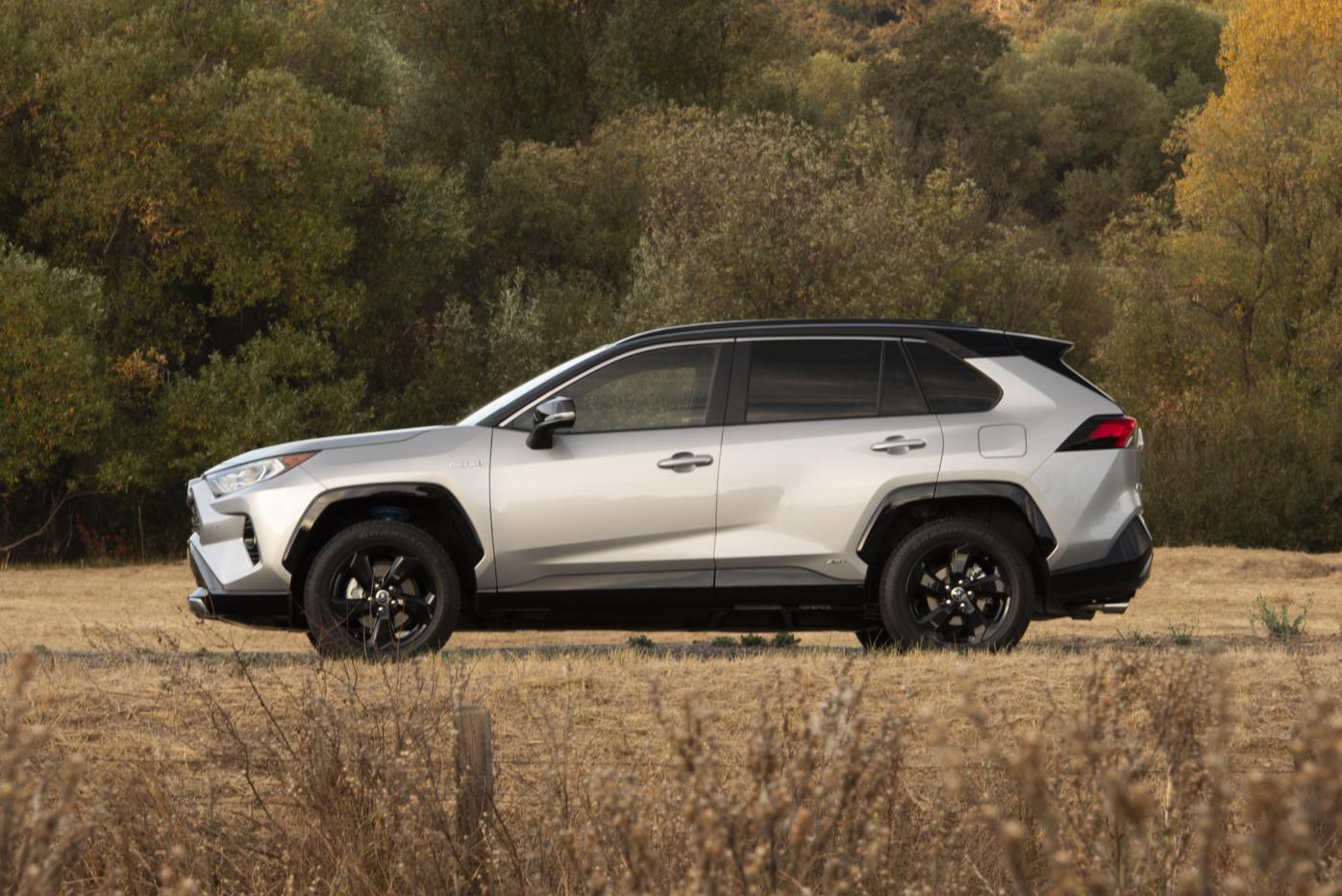 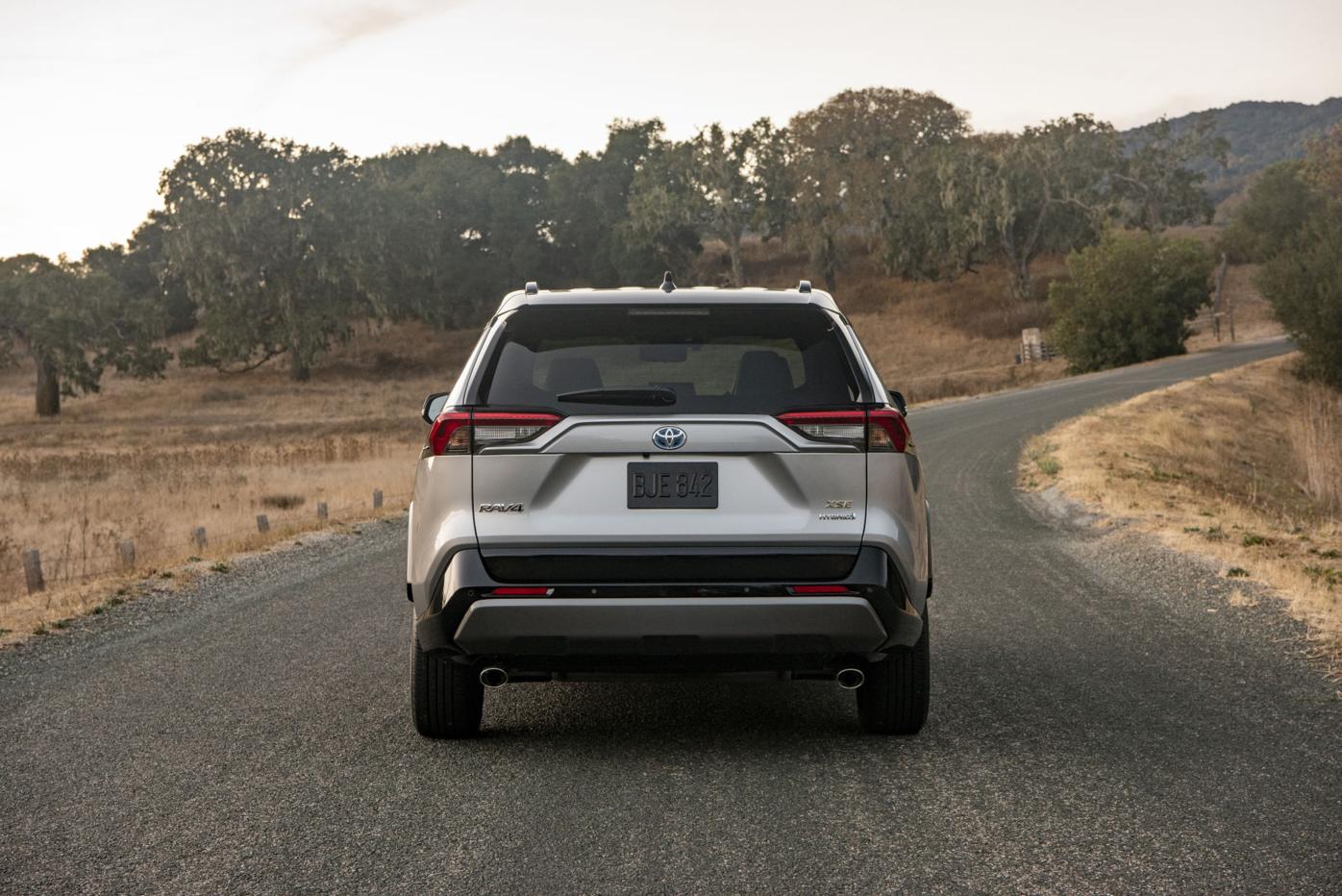 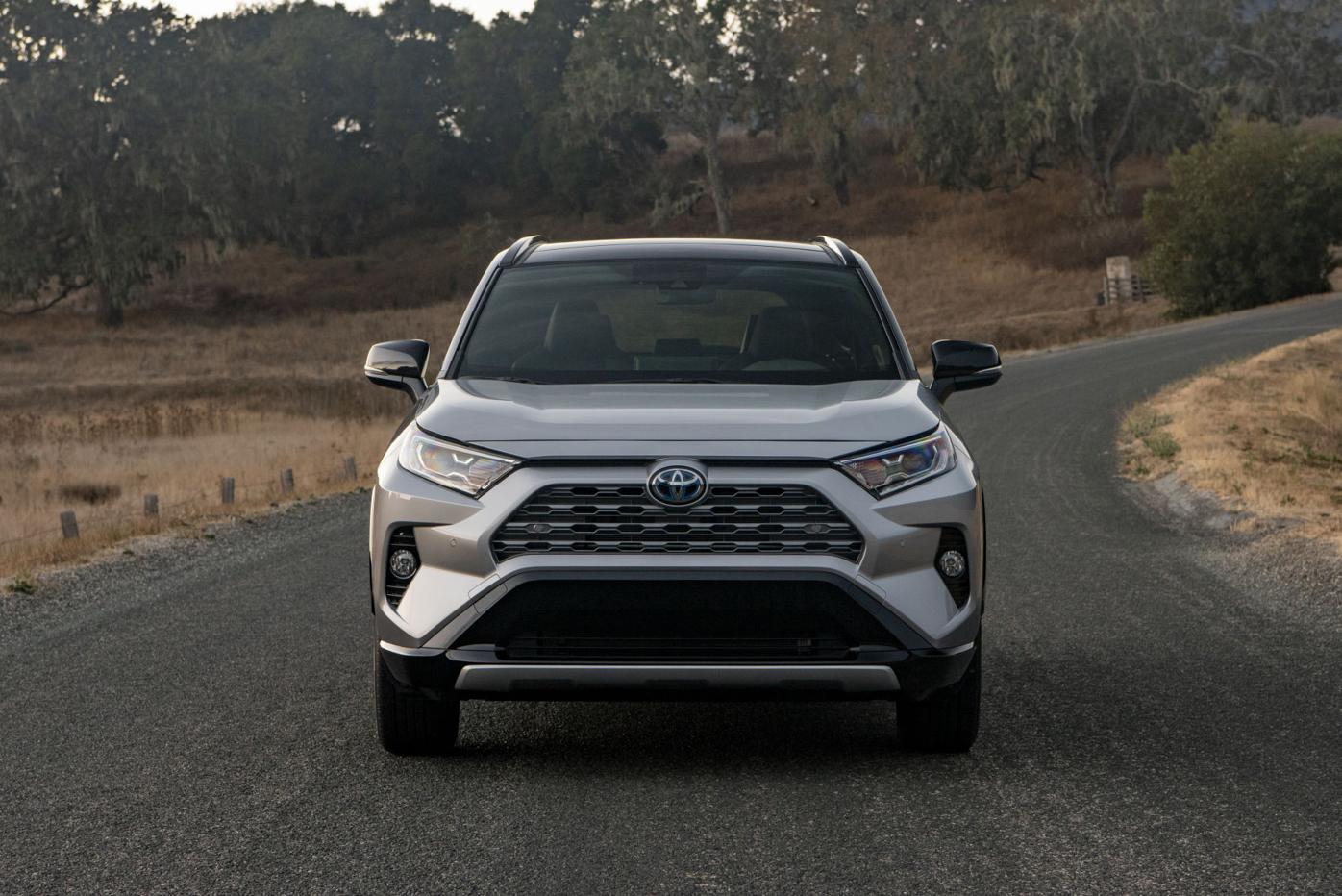 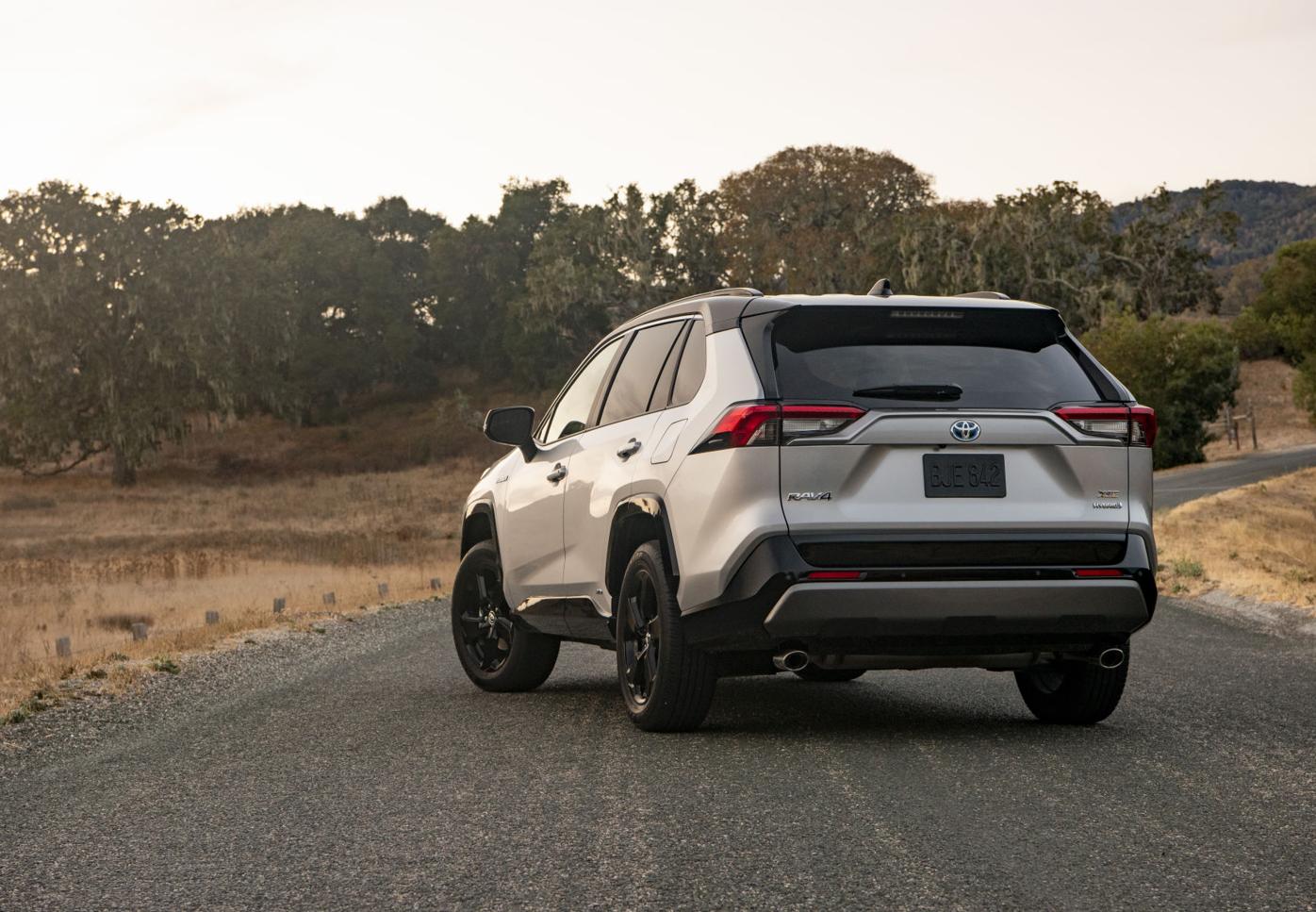 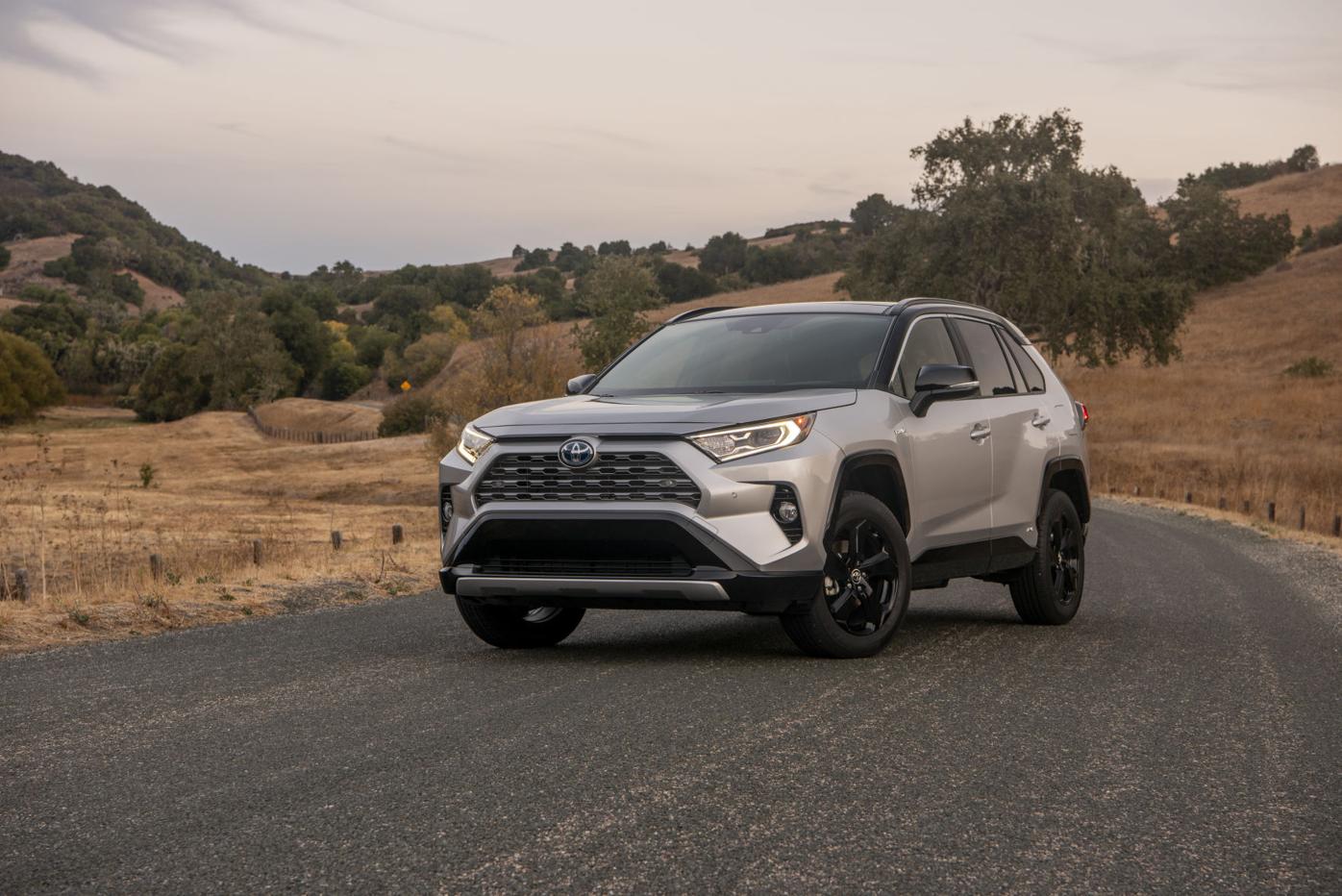 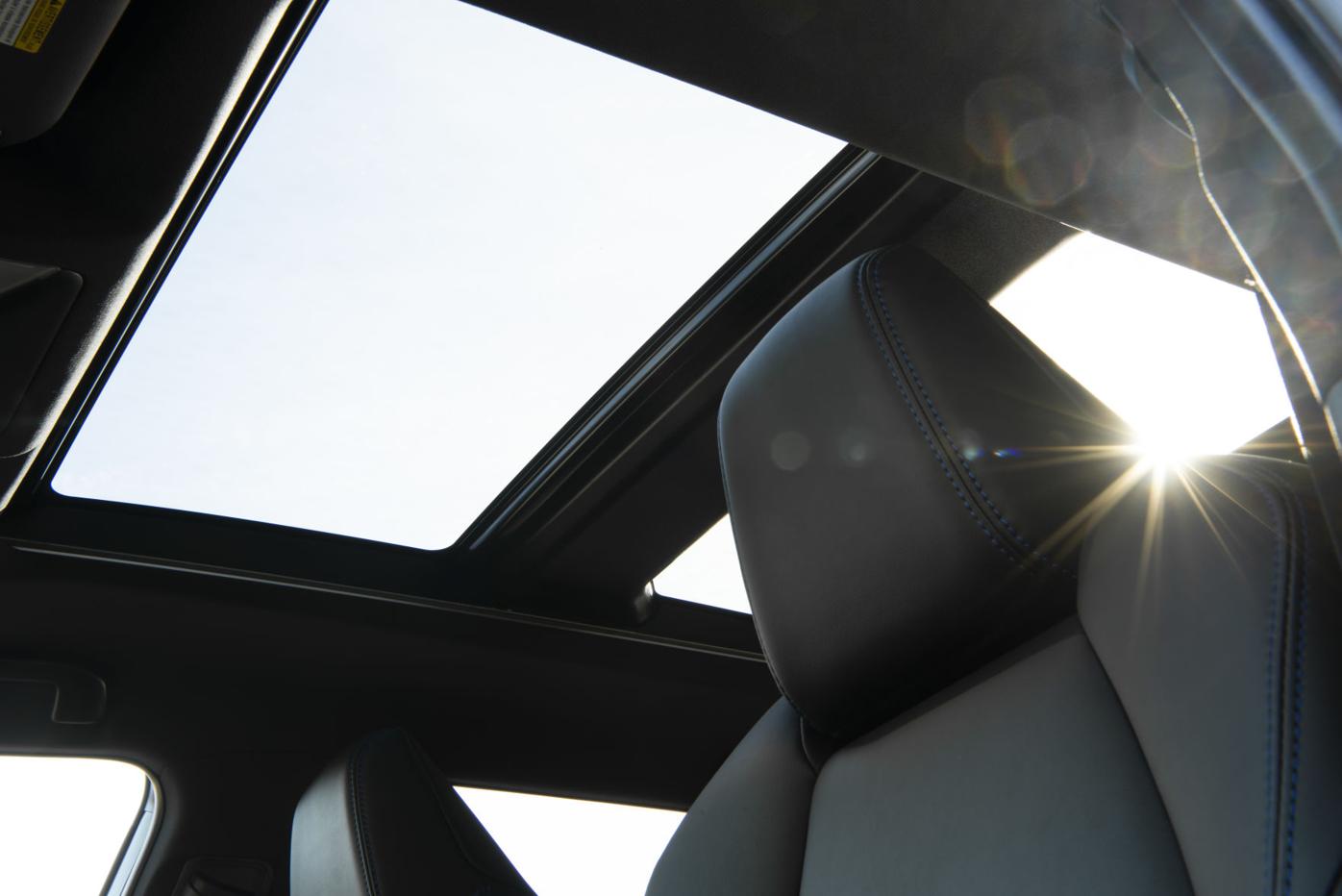 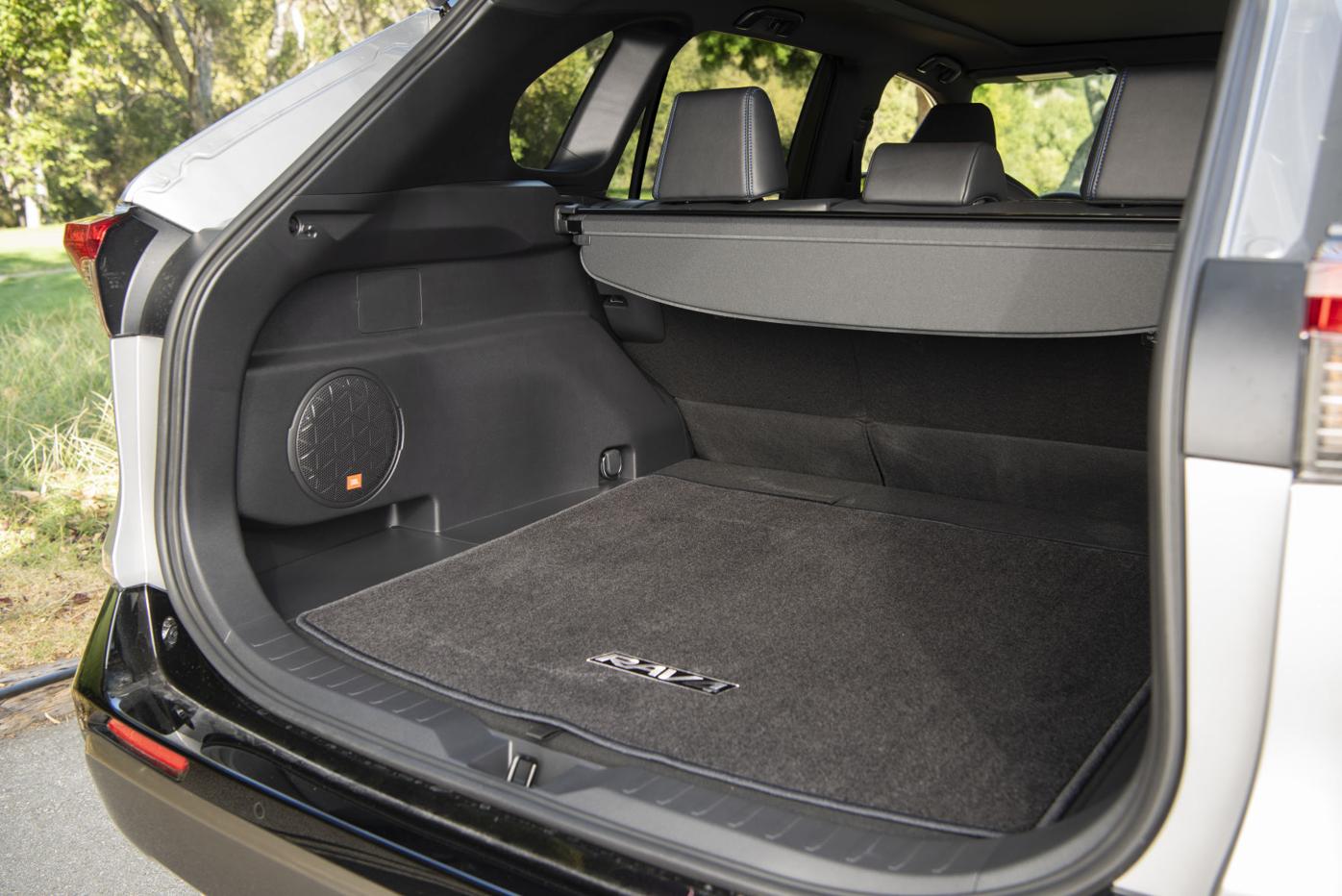 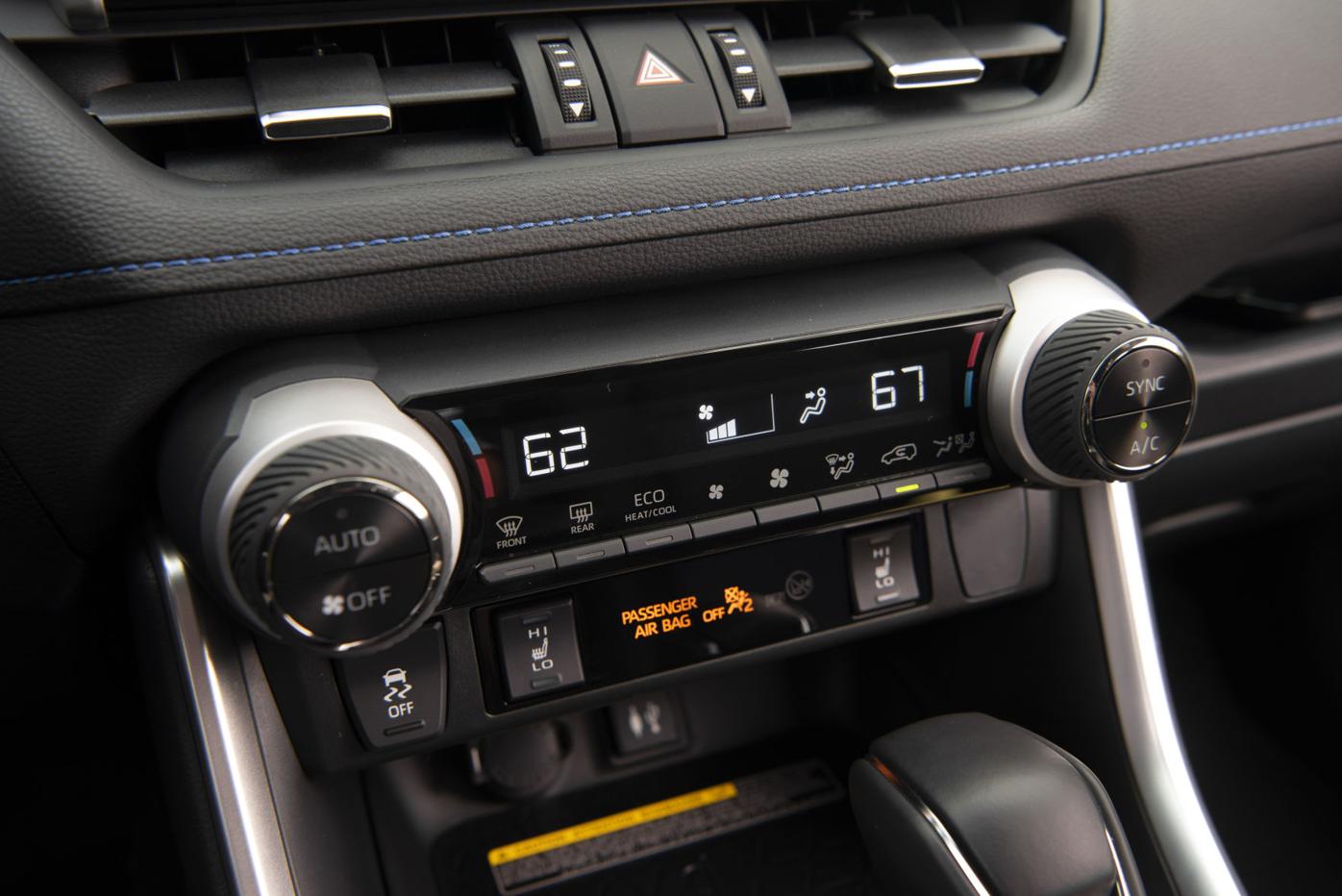 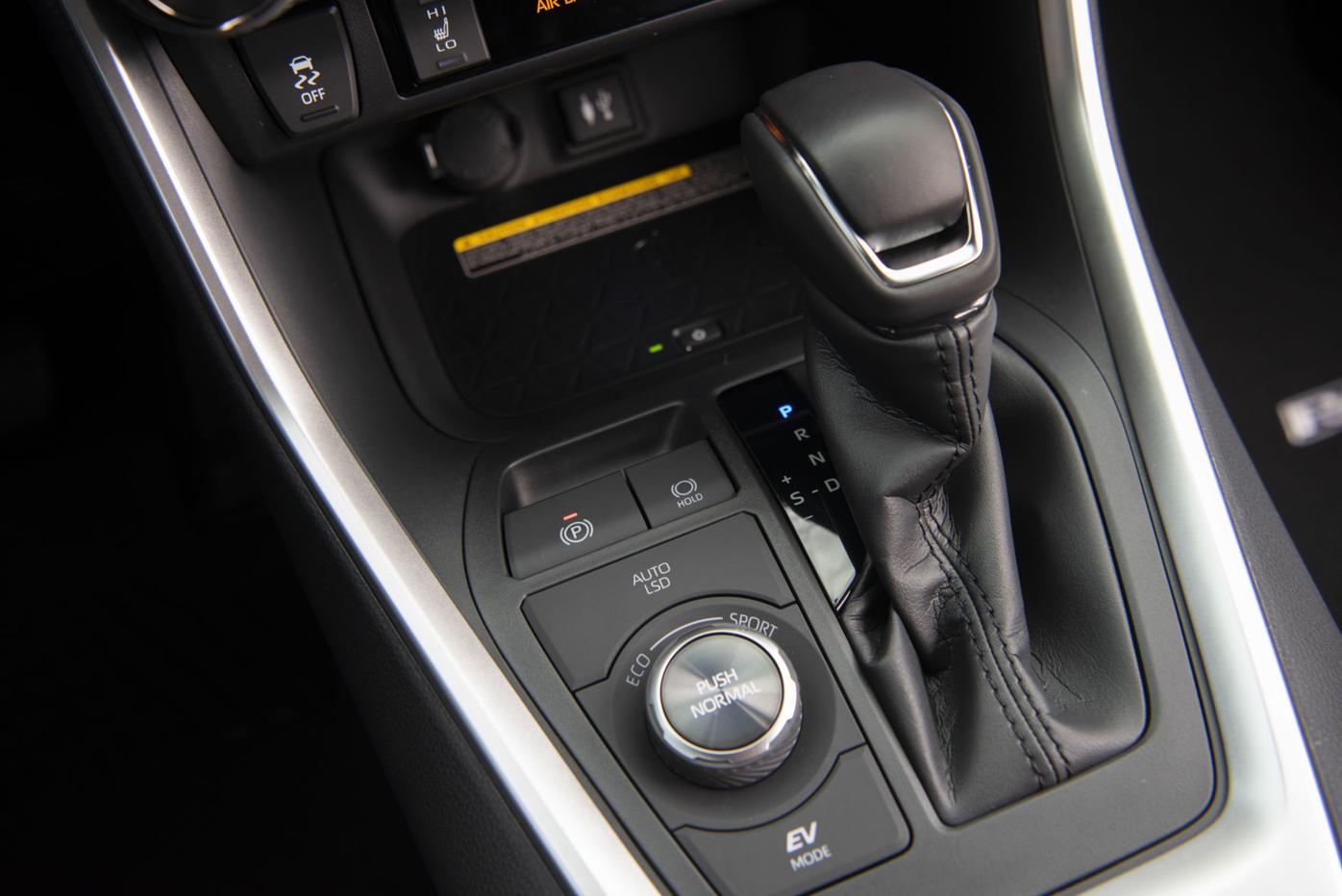 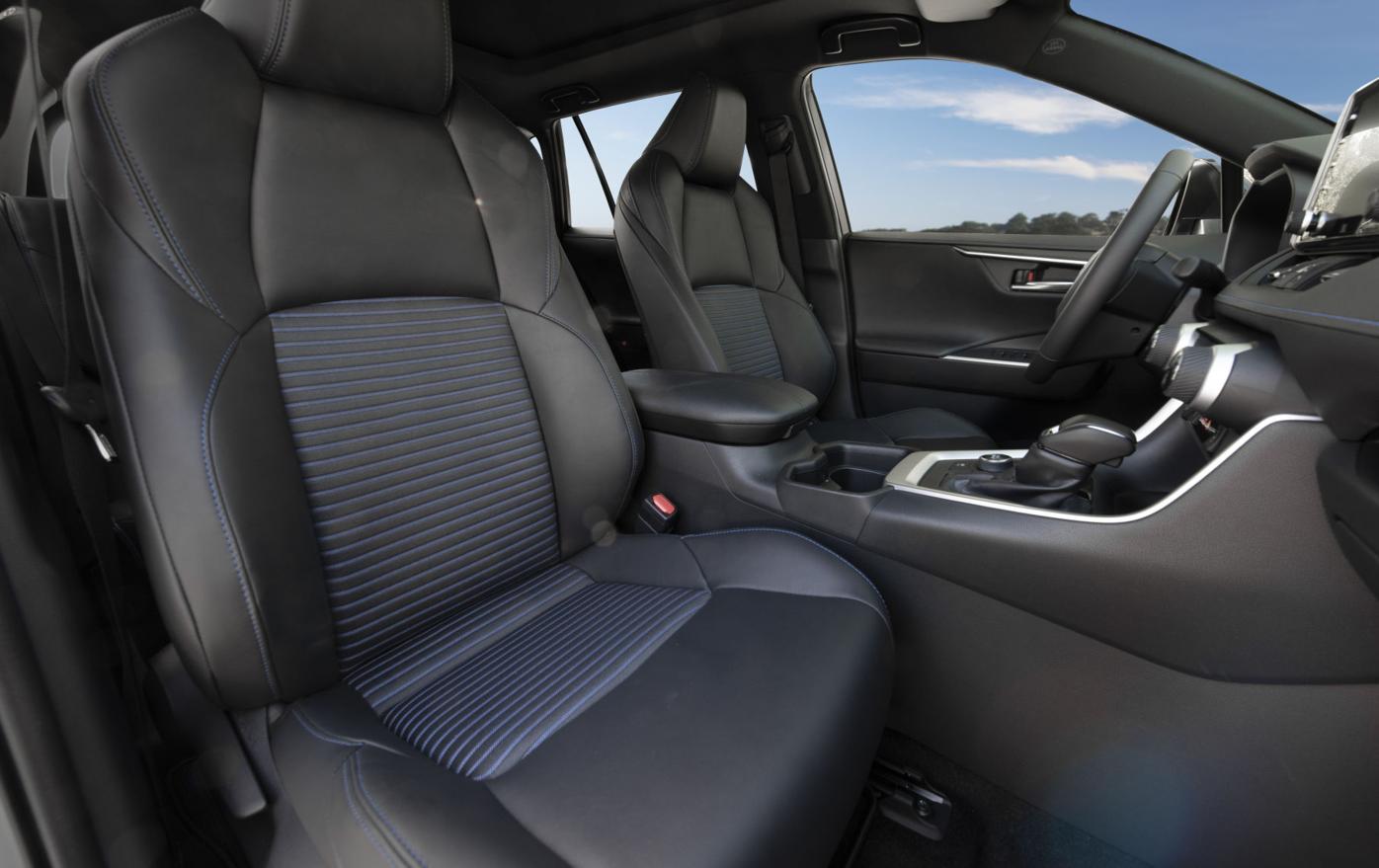 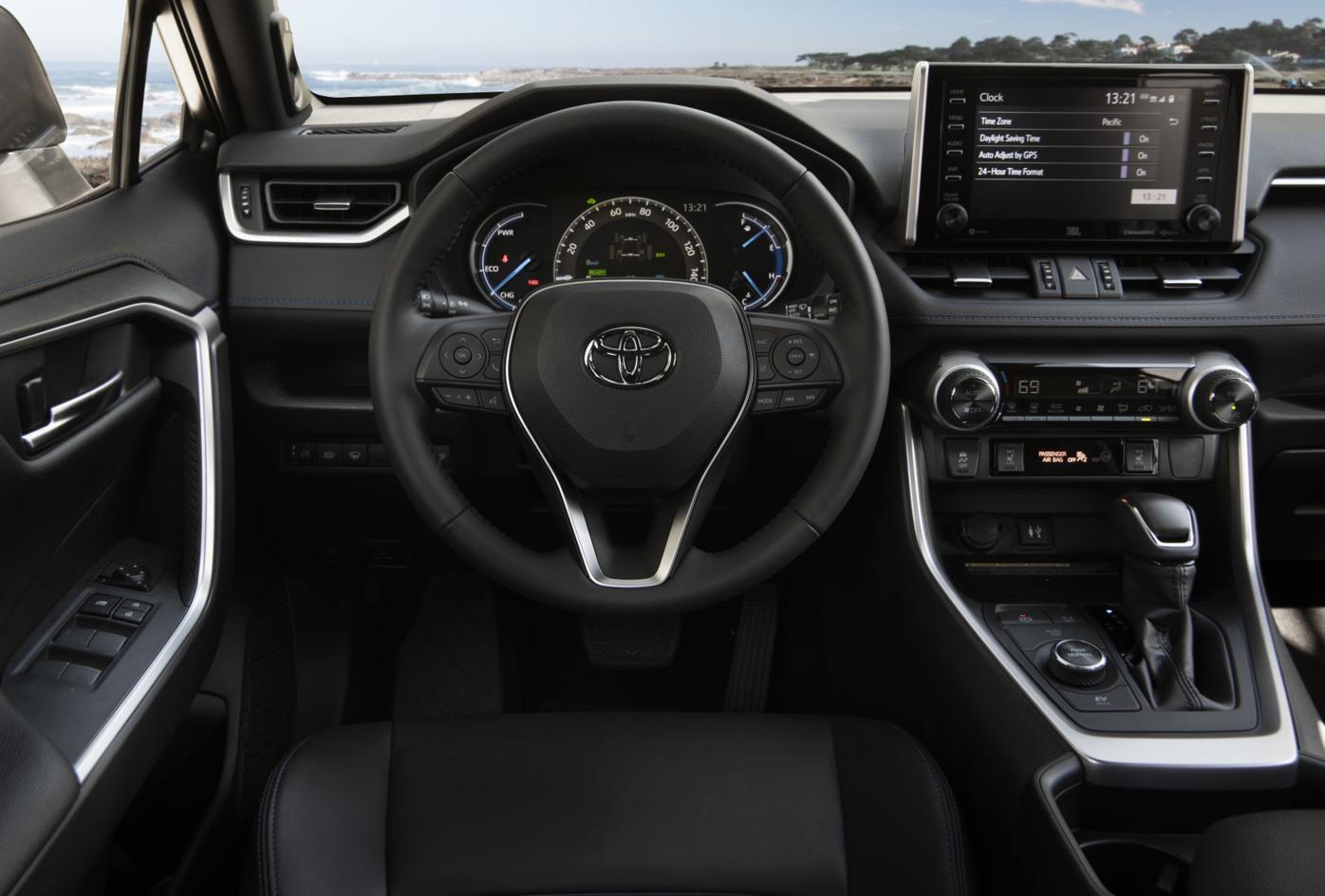 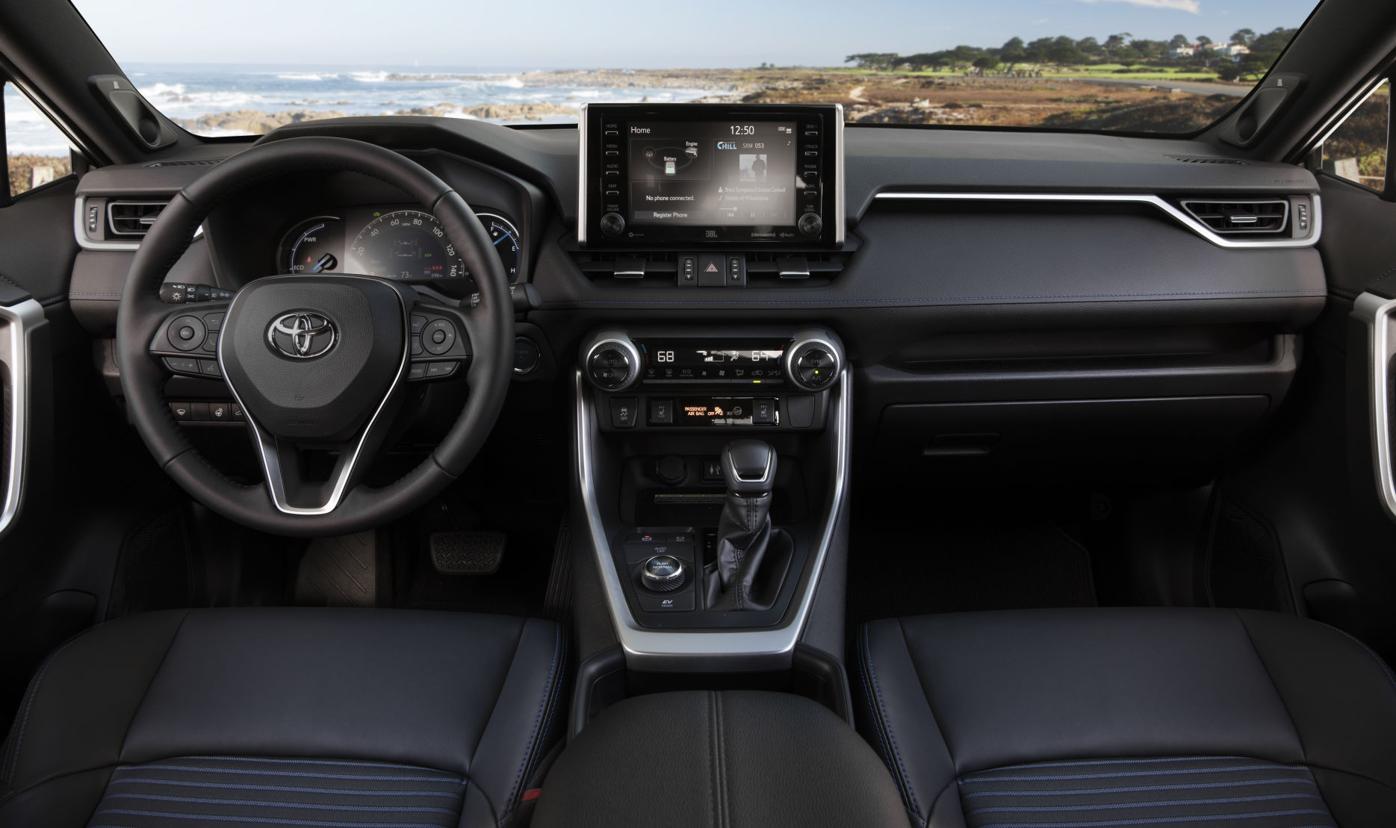 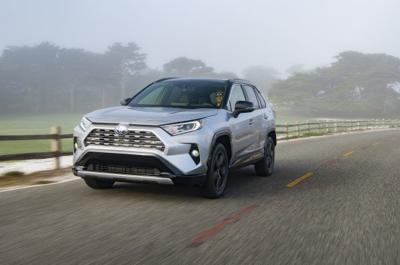 Looking beyond the Big 3’s light duty trucks, no other vehicle left more showrooms the past two years than the Toyota RAV4. And after a week behind the wheel, it is easy to understand why.

The perception does not stem from what the RAV4 does exceptionally well. Rather, it is that the Toyota just doesn’t seem to get much wrong.

Sure, there is a lot of wind noise at highway speed, the driving characteristics aren’t necessarily engaging and its new, butch styling isn’t for everyone. But in the overall sense, the RAV4 simply does not make any major missteps.

First to get a passing grade is the powertrain. The gas-only RAV4 is powered 2.5-liter offering 203 horsepower. The hybrid model also employs a 2.5-liter four-cylinder coupled with two electric motors for 219 net horsepower.

While the hybrid isn’t quick, its electronic wizardry allows for peppy throttle responses. The Toyota will crawl on electric power only, and the gas engine kicking in to provide acceleration is noticeable, but it’s a relatively seamless process.

The RAV4 hybrid comes with a continuously variable transmission, and while I’m no fan of CVT’s, the Toyota’s is easily one of the smartest and smoothest available.

The Toyota will also let you know how economical you are driving with its “EcoScore” display of 1-100 in the digital gauge cluster. If we are comparing my scores to class grades, I was on the right side of passing along backroads, but highway treks gave me a score close to what I received in most of my math classes — 15.

Another selling point for the RAV4 is its capacious cabin and comfortable ride. Four adults are easily accommodated, as is their stuff. There are storage cubbies galore, including a shelf along the length of the dash, and 37-cubic feet of storage is available in the cargo area with the rear seats erected and 70 with them down. Those figures are more than that of the Hyundai Tucson and Ford Escape, but lower than the Nissan Rogue, Honda CR-V and Volkswagen Tiguan.

The RAV4’s ride puts a premium on comfort over performance, and it delivers well in that regard. Somewhat rough highways and pot-marked backroads did not rock passengers and most lumps were well dampened.

The interior styling is skewed toward utilitarianism, and that goal is accomplished with an intuitive layout.  There are some cheaper-feeling materials present, but most are surfaces not touched often or consistently.

Seating surfaces vary by trim. LE and XLE models receive fabric seats with XSE and Limited models wearing Toyota’s SofTex faux-leather with cloth inserts. The XSE sports black and blue horizontally stripped seat inserts with blue stitching on the dash, doors and seat, while the Limited gets a choice of three seat colors and brown stitching.

The RAV4 starts at $28,350, putting it near the top of the list of affordability in the hybrid compact crossover market, another selling point, pun intended.

All models come with all-wheel drive and the same powertrain, so deciding on a trim — from bottom, LE, XLE, XSE and Limited — boils down to what features or amenities are desired.

The sweet spot seems to be either the XLE or XSE. The XLE adds $1,300 to the asking price over a base model but includes an 8-way power adjustable driver’s seat with lumbar support, a smart key system, five USB ports, heated power folding outside mirrors with blind spot warning indicators and other add-ons from base models.

It is a more significant price jump to XSE models (starting at $34,300) which get a power liftgate, 18-inch alloy wheels, a larger infotainment touchscreen and a 7-inch digital instrument cluster, a power moonroof and other features.

Rav4’s come standard with Toyota’s Entune 3.0 audio system and a 7-inch touchscreen (8-inches in the higher two trims) with a Wi-Fi hotspot and Amazon Alexa, Google Assistant and Apple CarPlay compatibility. New for 2020 is Android Auto and SiriusXM connectivity across all models.

Toyota’s Safety Sense 2.0 is now standard on all Rav4’s and includes a bevy of active safety features and driver assists, including a pre-collision system with pedestrian detection, radar cruise control and lane departure alert with steering assist and more.

The fifth-generation RAV4’s styling suggests its designers may have been using Optimus Prime for inspiration, which is a turn-off for some, but I rather appreciate its aggressive look and sharp angles.

Toyota reworked the RAV4 and introduced its fifth generation in 2019, and updates are limited for 2020 models. Perhaps the only major change is the introduction of the RAV4 TRD, the off-road tuned companion to the sporty Camry and Avalon TRD models.

The RAV4 is not the most fun-to-drive compact crossover, or the most affordable, best looking or most spacious, but taken as the complete package, it is easily one of the best overall in its flooded market.

Of course, there is also a choice of gas-only or hybrid models with a varying selection of trims, which now includes the TRD. And come 2021, there will be an all-electric RAV4, dubbed “Prime,” with an estimated 302-mile range.

So, it’s not hard to see why so many choose to put a RAV4 in the driveway. In an overall sense, it is still a leader of the compact crossover market it created 25 years ago.