You are the owner of this article.
Edit Article Add New Article
You have permission to edit this article.
Edit
Home
Publications
Calendar
News
Opinion
Podcasts
Submit
Announcements
Classifieds
Obituaries
About Us
Advertise
1 of 12 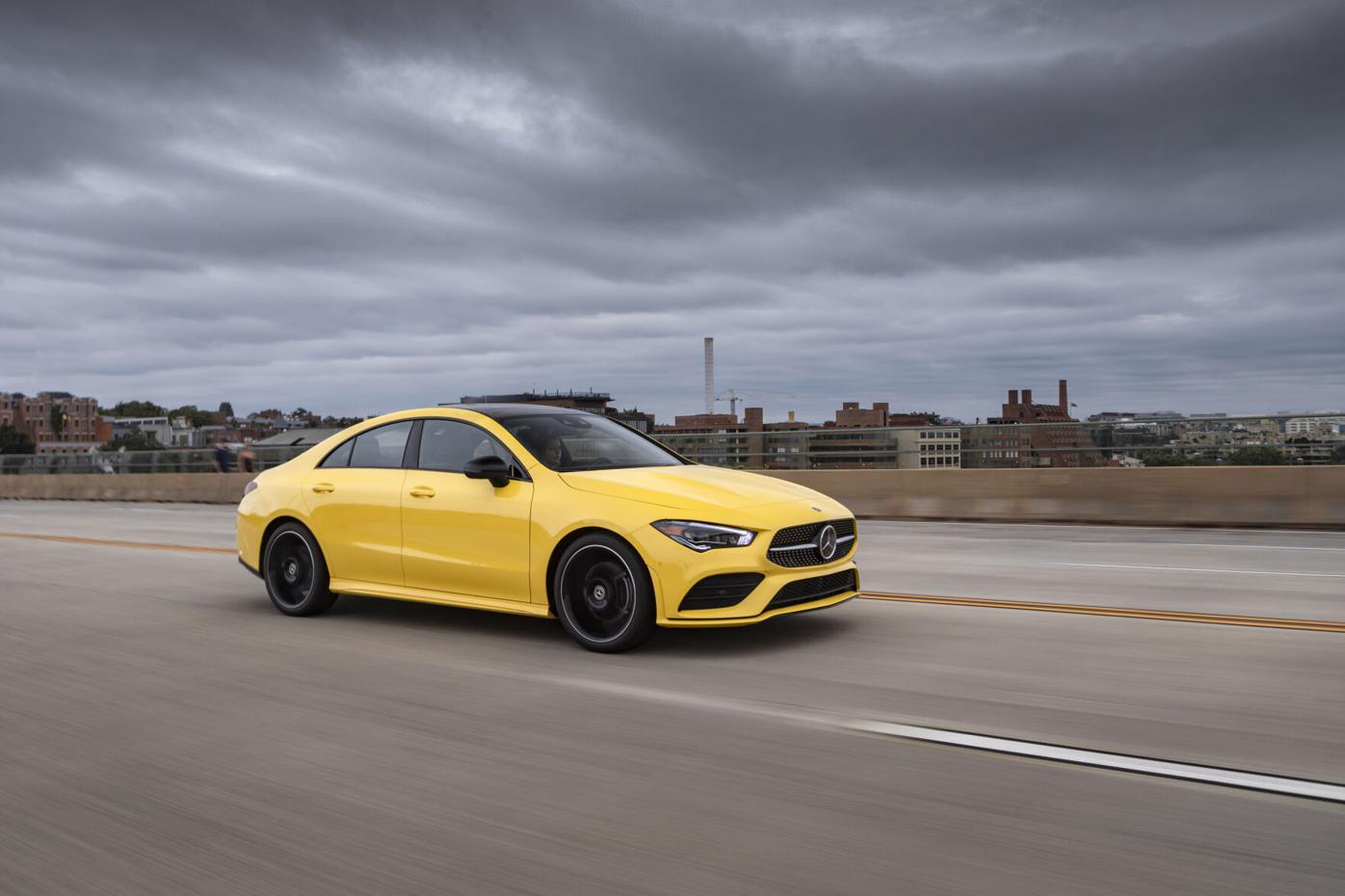 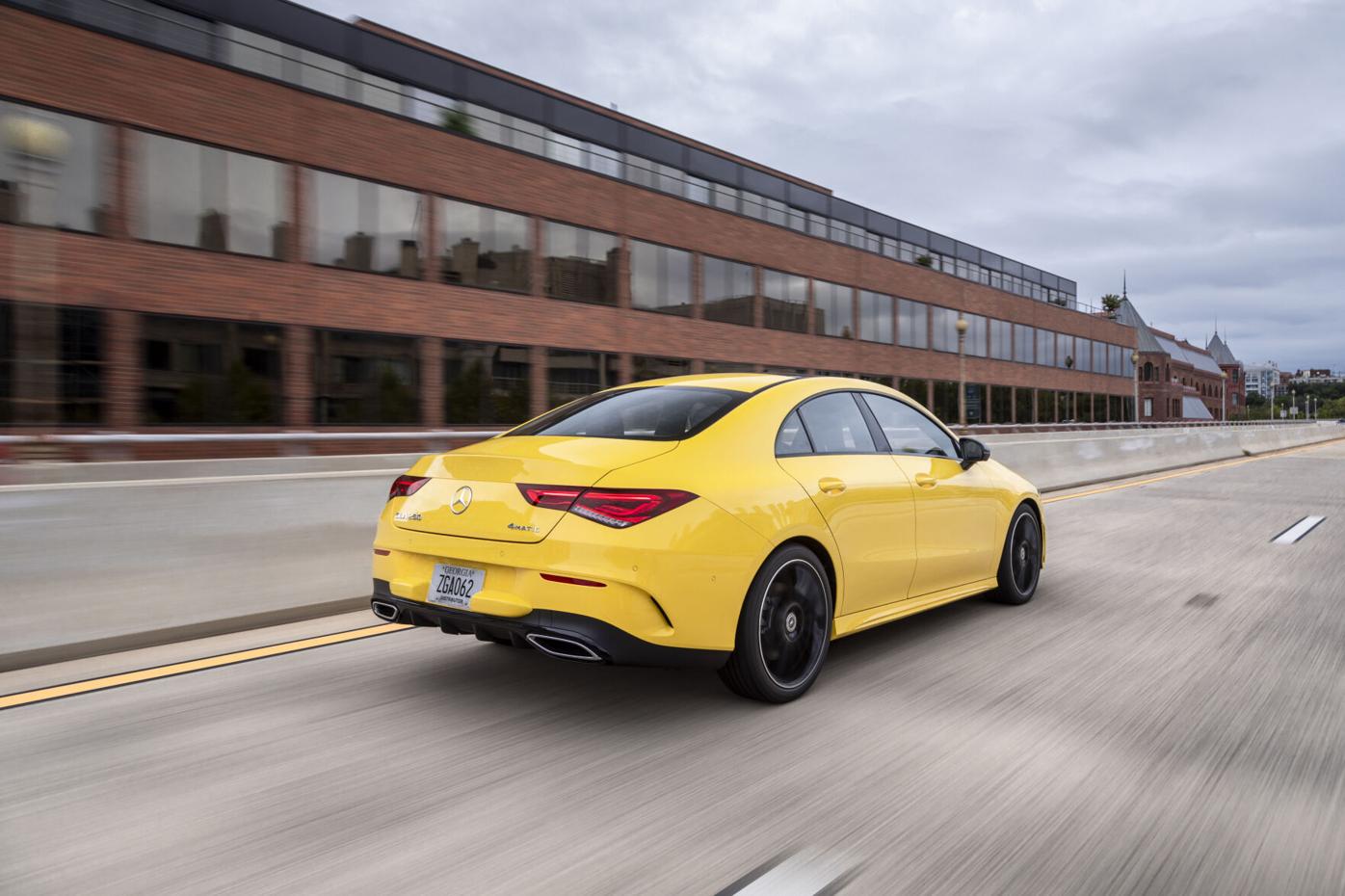 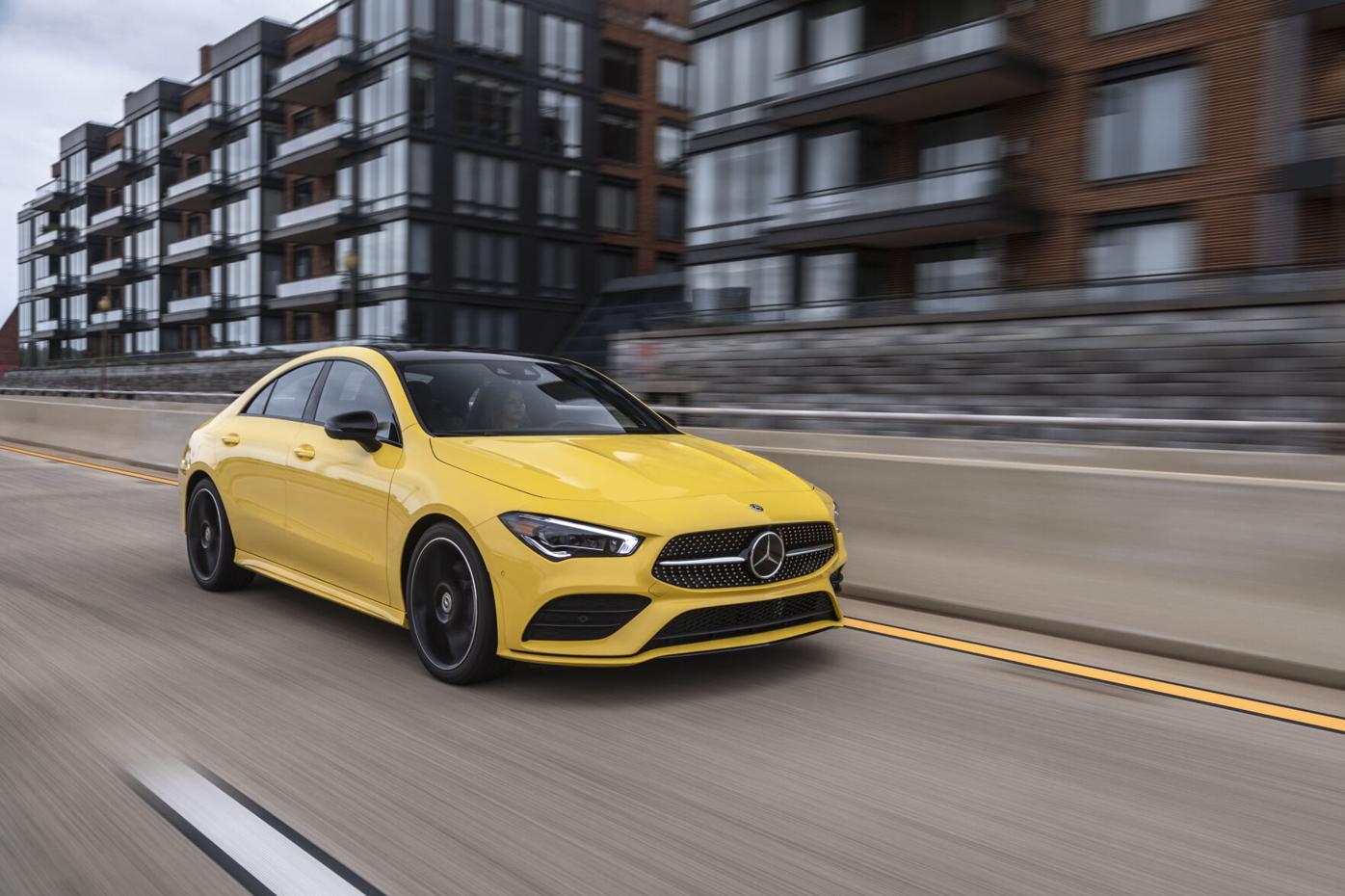 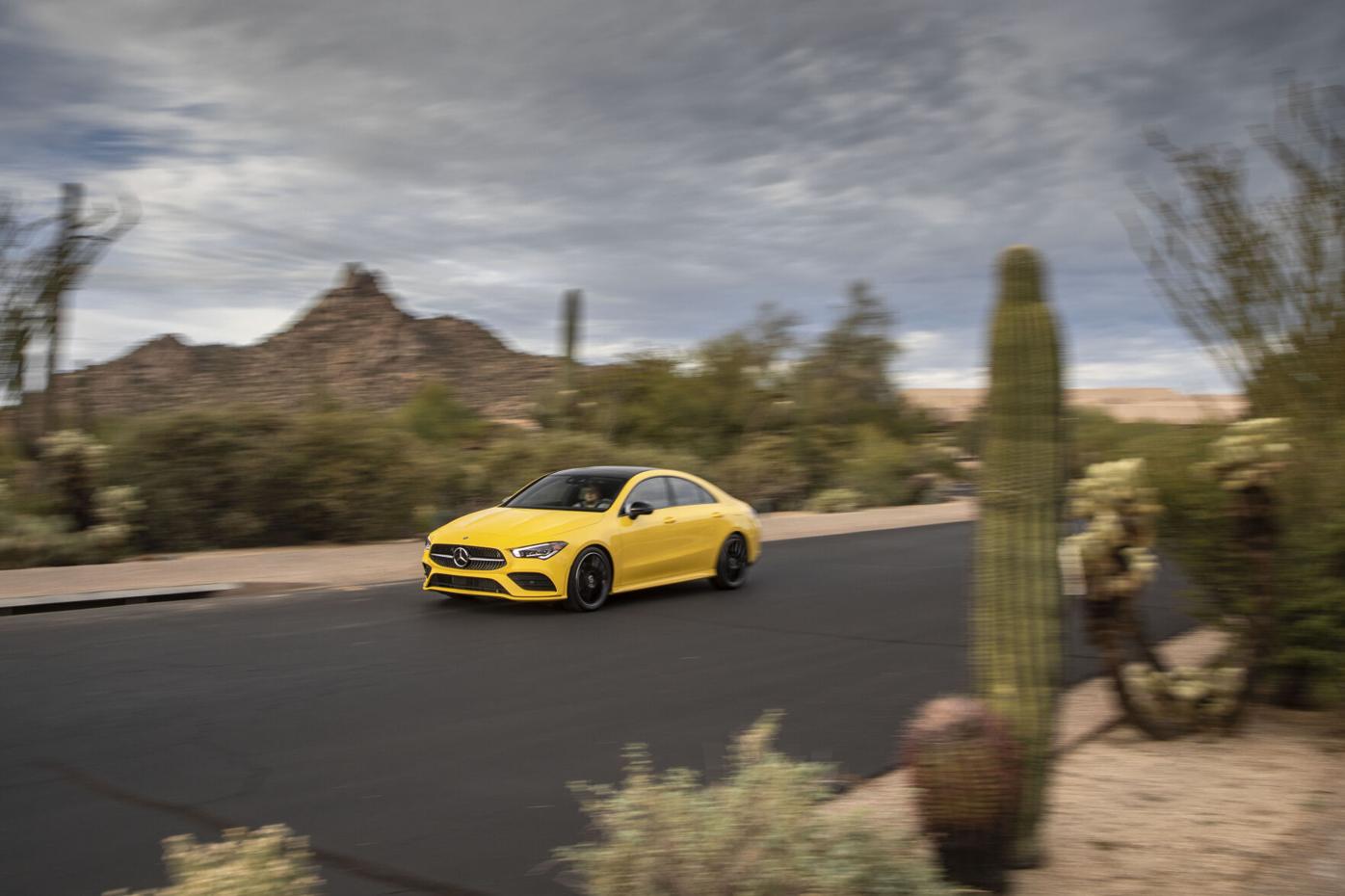 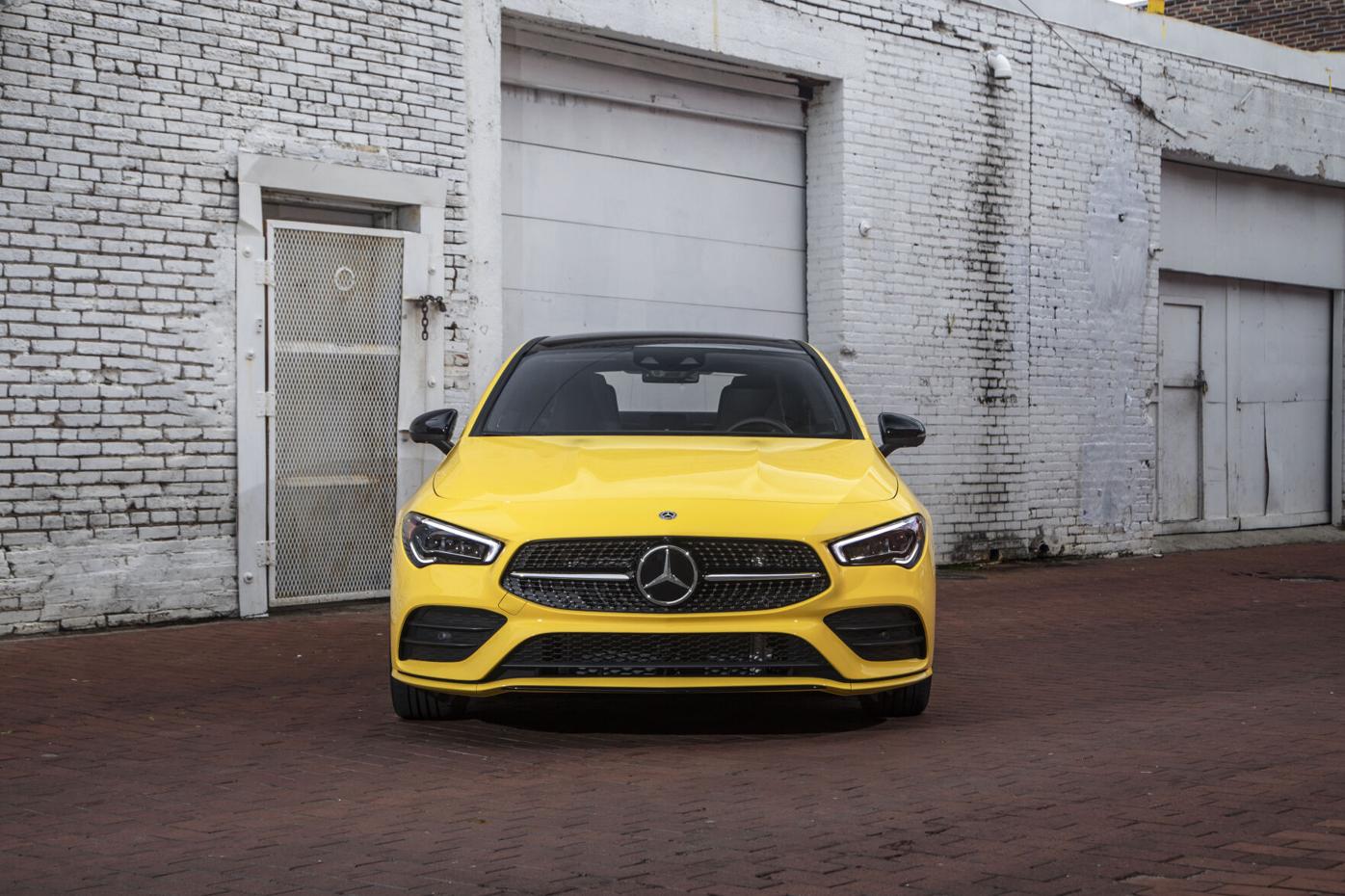 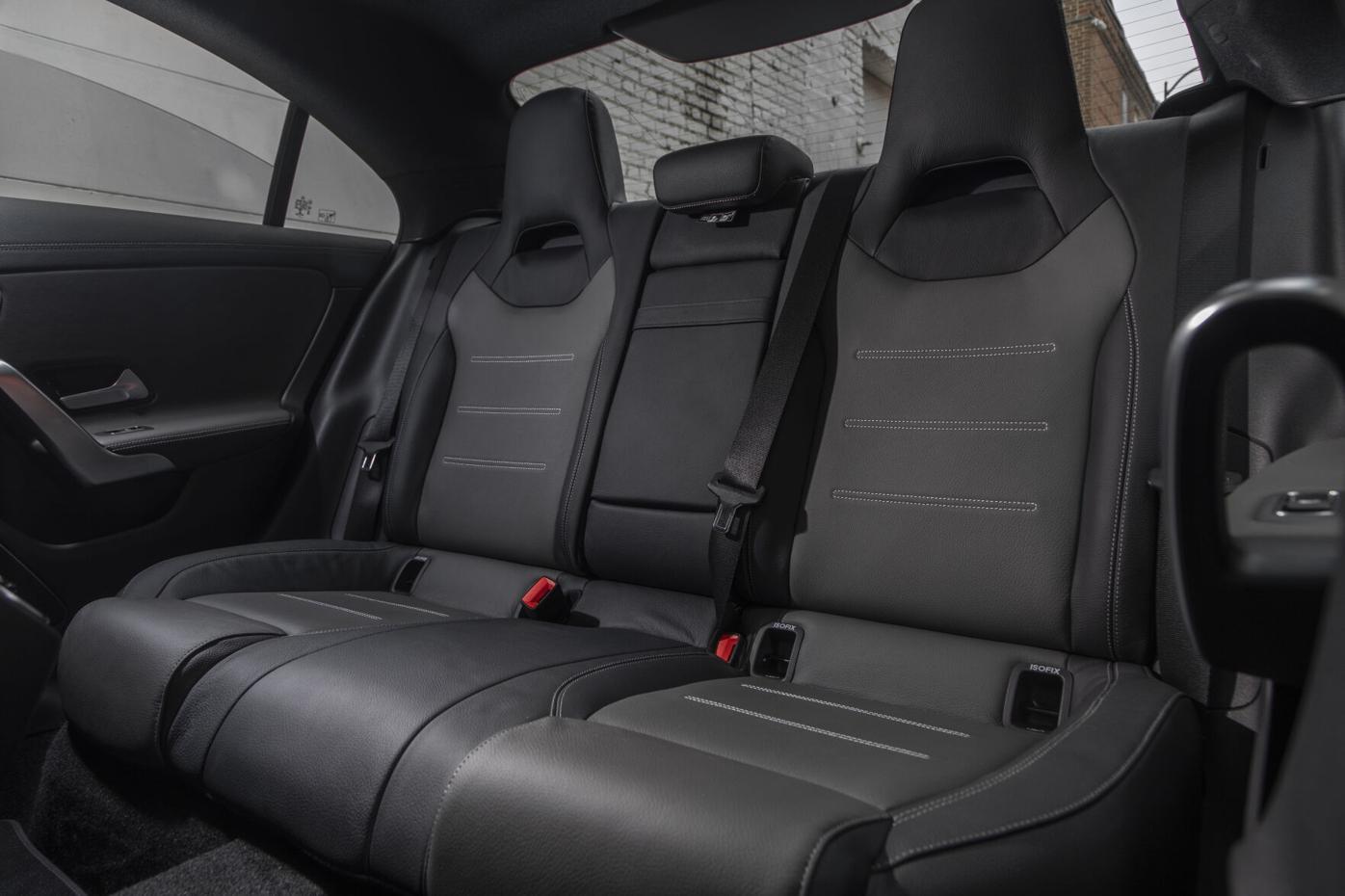 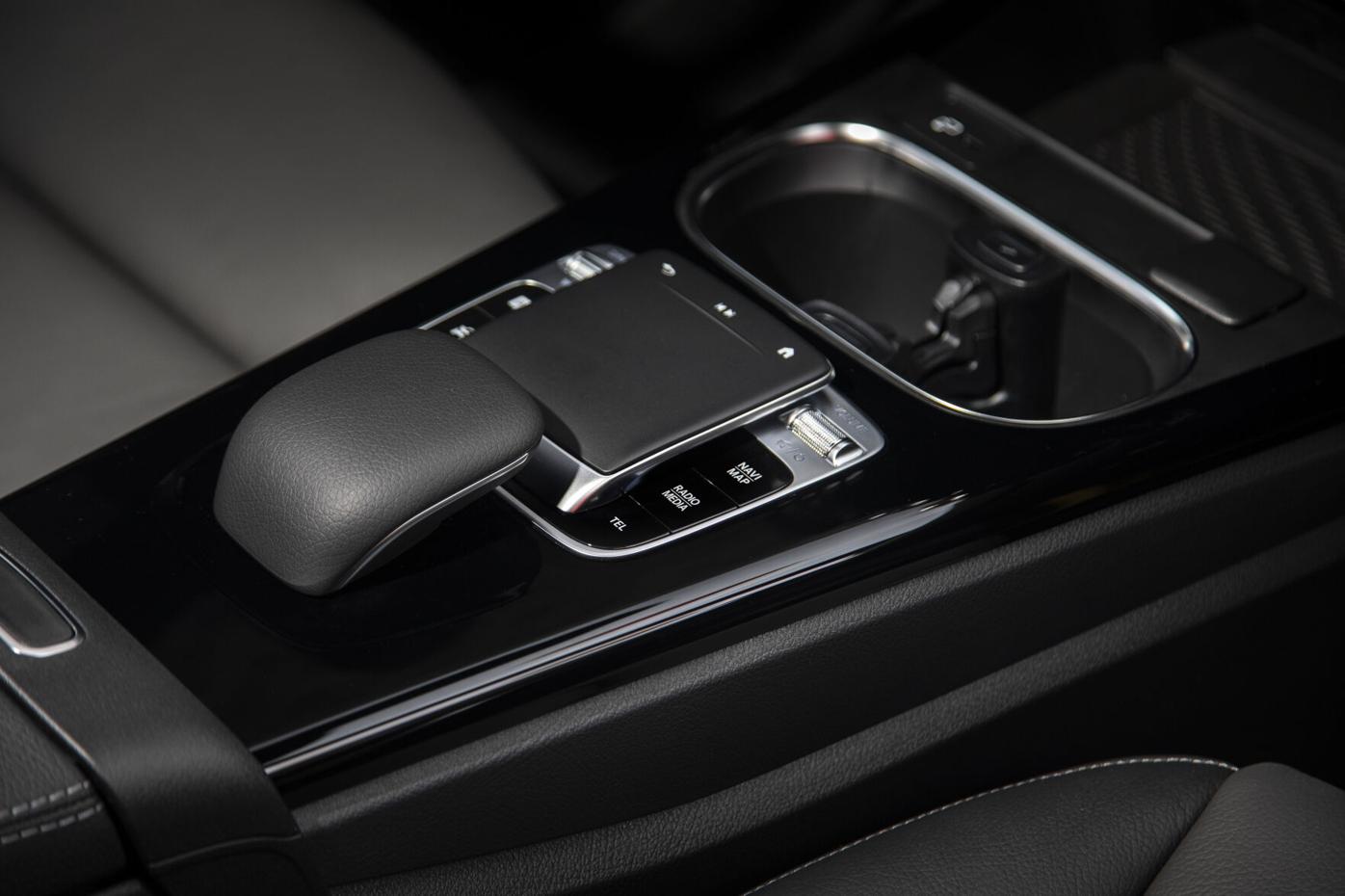 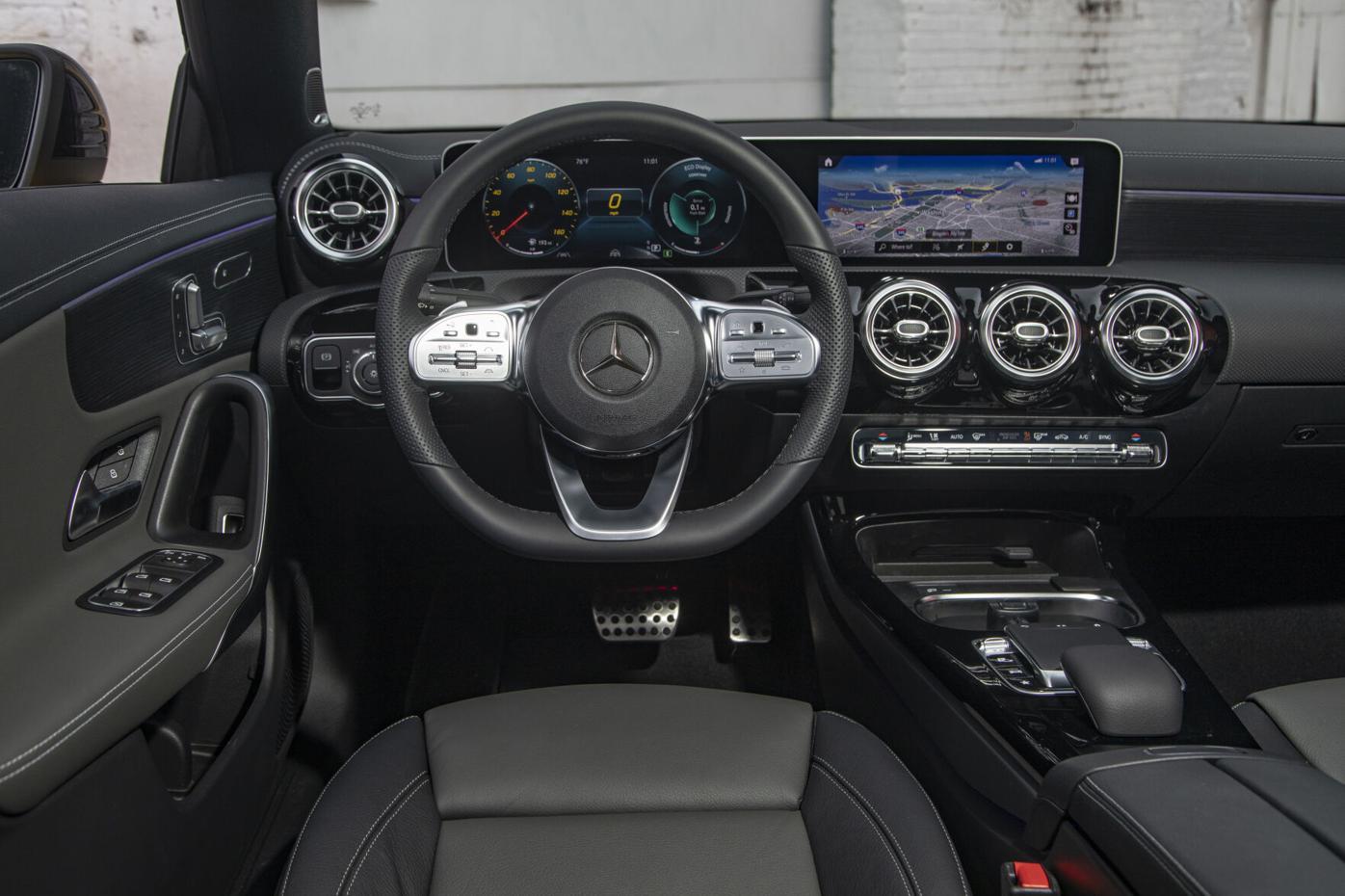 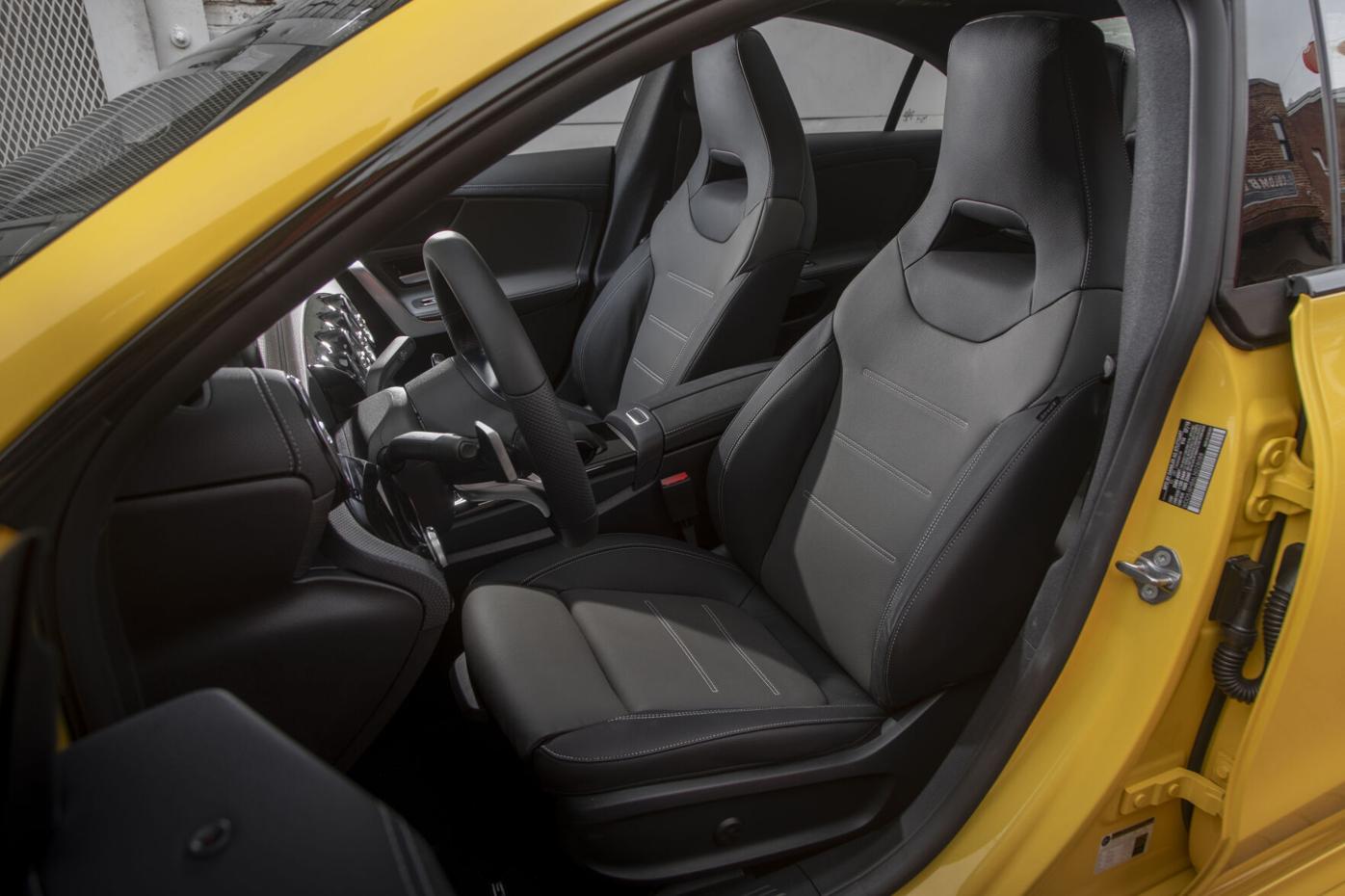 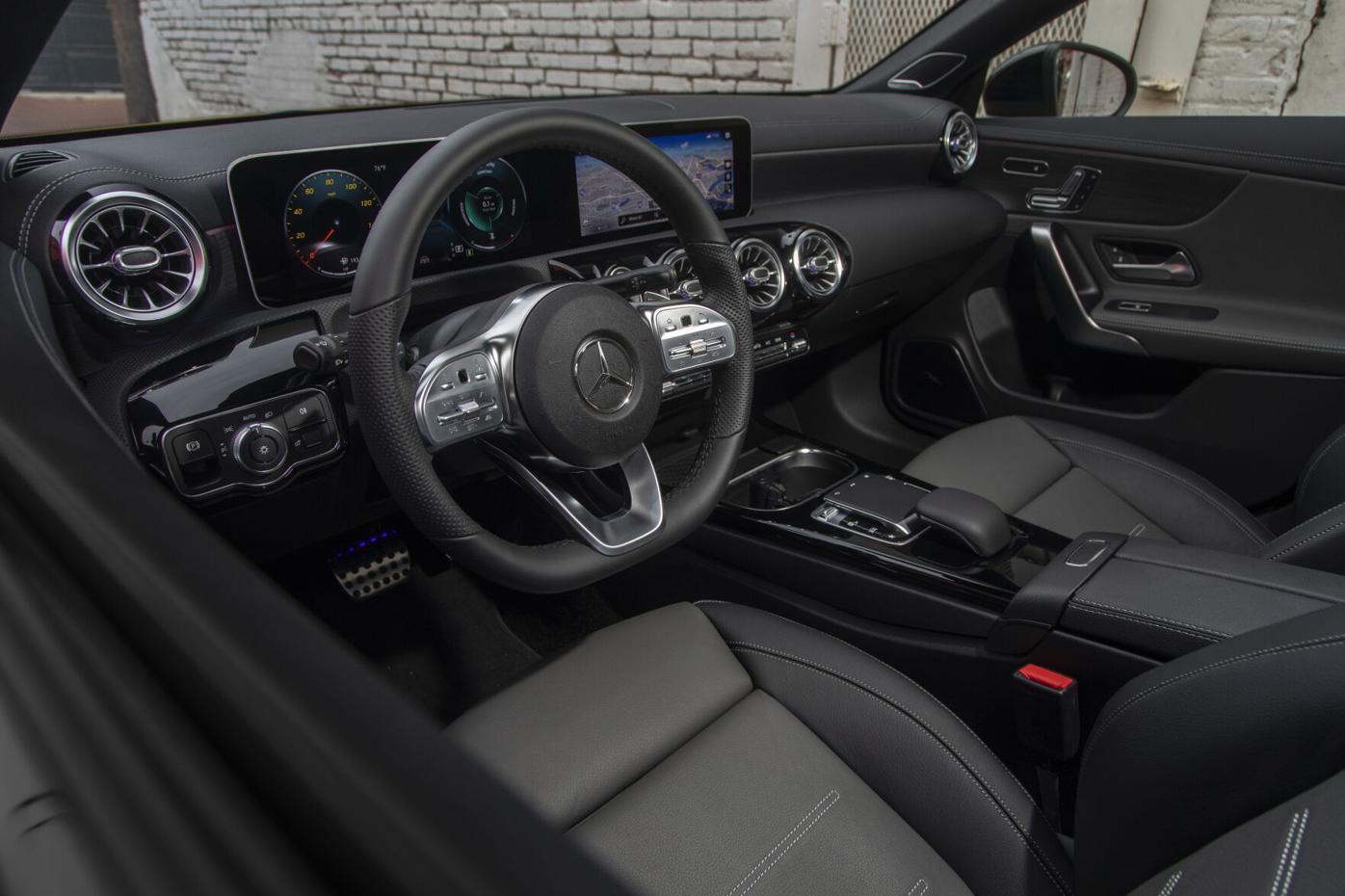 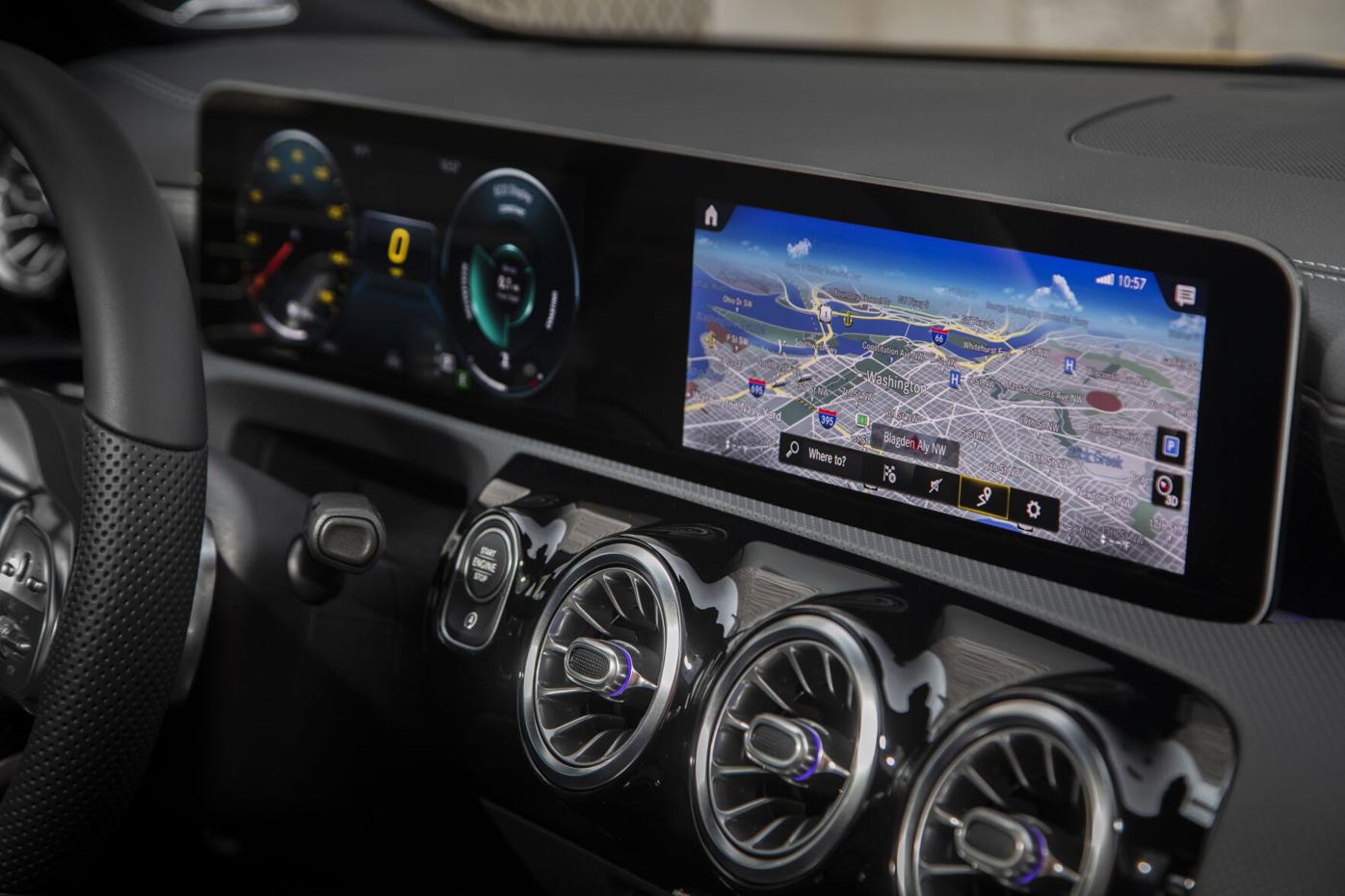 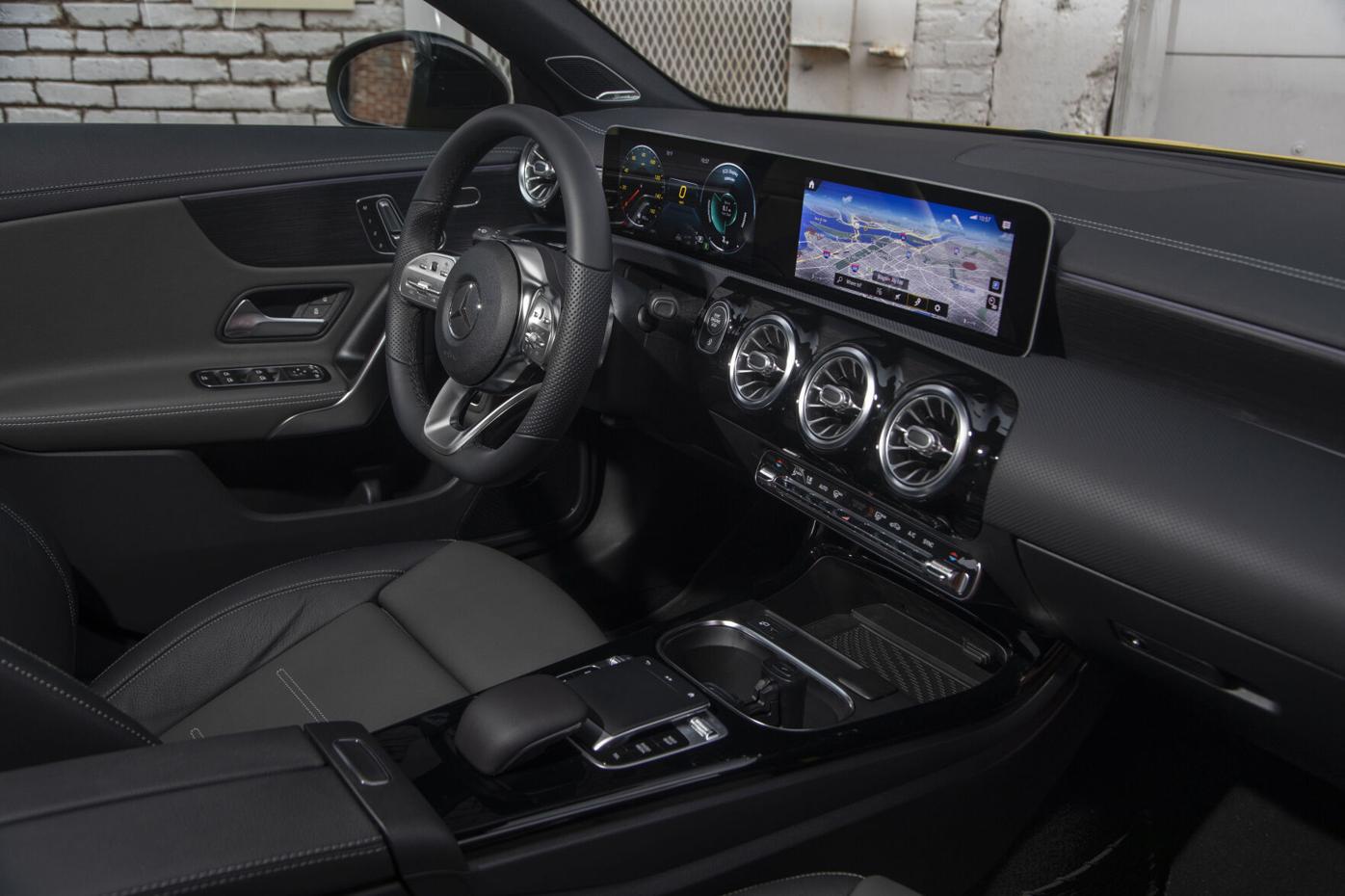 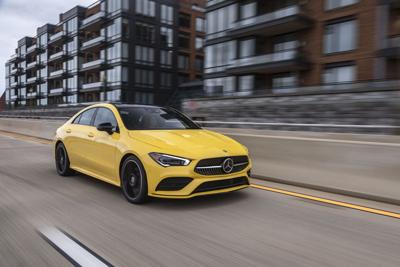 To put a new car bearing the three-pointed star on their driveway is, for many, aspirational. Something they work for, save for and long for. So, when the CLA made its debut in 2013 bearing a price tag just a tick north of $30,000, many saw owning a new Merc go from an ambition to a reality.

Sure, it was still a subcompact and had front-wheel drive, but hey, it was a Mercedes.

And buyers did take notice. A Mercedes-Benz official was quoted last year as saying that around 80 percent of CLA purchasers are first-time buyers of the luxury brand, and they were far younger than a typical Benz buyer.

While the second generation CLA is quite a bit more pricey than its predecessor, around $6,000 to start in fact, it is supremely fun to drive and dishes out true Mercedes luxury in a smaller package. It also has a big three-pointed star in its grille for that shot of pride into the arm that you have gone beyond basic transportation and moved into luxury land. Hey Ma, I made it.

But those who are blindly jumping into the waters of automotive extravagance might be in for a shock when they find out just how much it costs to make a base CLA look like the one they’ve ogled longingly on Mercedes’ website.

Aside from AMG models, all CLA’s also get a 2.0-liter turbocharged four-cylinder engine. While just about every manufacturer has an engine with the same displacement with a turbo snail attached to it in some fashion, the Mercedes powerplant is a gem.

It provides 221 horsepower with a lovable zest, maintaining its peak torque of 258 ft.-lb. from 1,800- to 4,000 rpm for good grunt under hard acceleration. Which, if you are like me, is something you will be doing often behind the wheel of the CLA. The engine has a puppy-like peppiness that is both endearing and exciting.

The 2-liter’s performance is certainly boosted by the 7-speed dual clutch transmission, which provides rapid changes during exuberant jaunts. Gear changes may not be the smoothest around town, some are awkward at lower speeds, but drivers can go through the cogs themselves with paddle shifter.

Steering is quick and precise, allowing you to throw the Merc around with aplomb.

So, the CLA is pretty lavish and delivers good performance as standard, but here’s the unfortunate news for you as you look to put a down payment on your first luxury car. My tester was over $57,000. That’s one-and-a-half times the starting price you thought you were likely going to pay.

Not that this should deter you necessarily. I absolutely loved my decked-out CLA. And if you are going to save up to put a German luxury sedan on your driveway, why not do it right? Go full bore. That said, you don’t need to dish out 57-grand to get a fantastic Merc.

First, dish out the extra $2,000 for the 4MATIC all-wheel drive system. The CLA’s fantastically peppy engine shouldn’t be hindered by only sending power to the front wheels.

Others may not want to make such a bold statement in opting for the bright Sun Yellow paint, but I love it. The Mountain Grey Magno matte paint is very tempting, but it comes with a $2,500 price tag. I’d rather spend that, plus an additional Benjamin Franklin note, on the AMG Line Package. The group includes AMG body styling, 18-inch alloy wheels, an attractive diamond-block grille, perforated front brakes with painted calipers, AMG’s flat-bottomed sport steering wheel and paddle shifters.

The highlight of the package is the brakes. I looked forward to hard braking as much as hard acceleration from behind the wheel. They are so effective at bringing the CLA to a stop, I’m convinced they could battle a receding hairline simply with braking force alone.

Adding the AMG Line group limits your choice for seating surfaces, but I’m just fine with the black MB-Tex synthetic leather with red stitching. You could opt for real leather for $1,450, but I’d rather save the money and a cow.

There is a problem with the AMG Line though, and that is you can’t have ventilated front seats, which I, a man who can break a sweat by changing the toilet paper roll, maintain is the single best automotive invention outside of internal combustion. You can still add heated front seats and steering wheel for $830, but for aforementioned reasons I’d skip them and use that money for the 64-color LED ambient lights with illuminated vents because I am still essentially a child who enjoys looking at the “purdy lights.”

I would also add the Premium Package ($1,650) that includes two crisply colored and eye-catching 10.25-inch displays that serve as the gauge cluster and infotainment screen. The package also adds blind-spot assist and power-folding, auto-dimming side mirrors.

Two hundred of my simoleons would go to adding a wireless charging bay. The head-up display and Burmester surround sound system are tempting at $1,100 and $850, respectively, but when push comes to shove I’d rather have the Driver Assistance Package. At $2,250, it includes automatic cruise control, automatic braking with cross-traffic function, emergency braking, lane keep, blind spot, and a bevy of driver’s aids like lane change and steering assists. There’s also route-based speed adaptation that can use the navigation system to slow down for impending corners while using the smart cruise control system.

Unfortunately to get all those aids you must add the Multimedia Package ($1,150) that adds navigation. It also comes with speed limit assist, which isn’t so much an assist as just a display of the speed limit on the instrument cluster. While most of the time its accurate, I did turn off an interstate and the system was telling me the speed limit was 65 on a local highway, when I know for sure it’s 45. Try explaining to the officer you were doing 25 over because the car said it was okay, and you’re going to have a bad time.

I’d also opt for the Parking Assistance Package ($1,090) with its surround view system and Active Parking Assist, which can do the steering, and power/braking input to get you into a perpendicular or parallel space once you have selected a spot. The main reason I’d spring for the system is because once you try it, you never want to go back.

Also, I would absolutely add adaptive damping system for $850. I can’t speak for the CLA without the add-on, but it’s ride is both relatively comfortable around town and it stays absolutely planted during cornering.

According to Mercedes’ website, my spec model would come with an MSRP of $46,500, and once you get into destination charges, tax, tag and all that fun stuff, you’re likely right at the $50K mark.

So no, the $36,000 you saved up won’t get you the same kind of experience of my tester. But again, save up the extra dough. It’s worth it.

Nissan Leaf no longer in league a of its own, still an affordable option in EV market