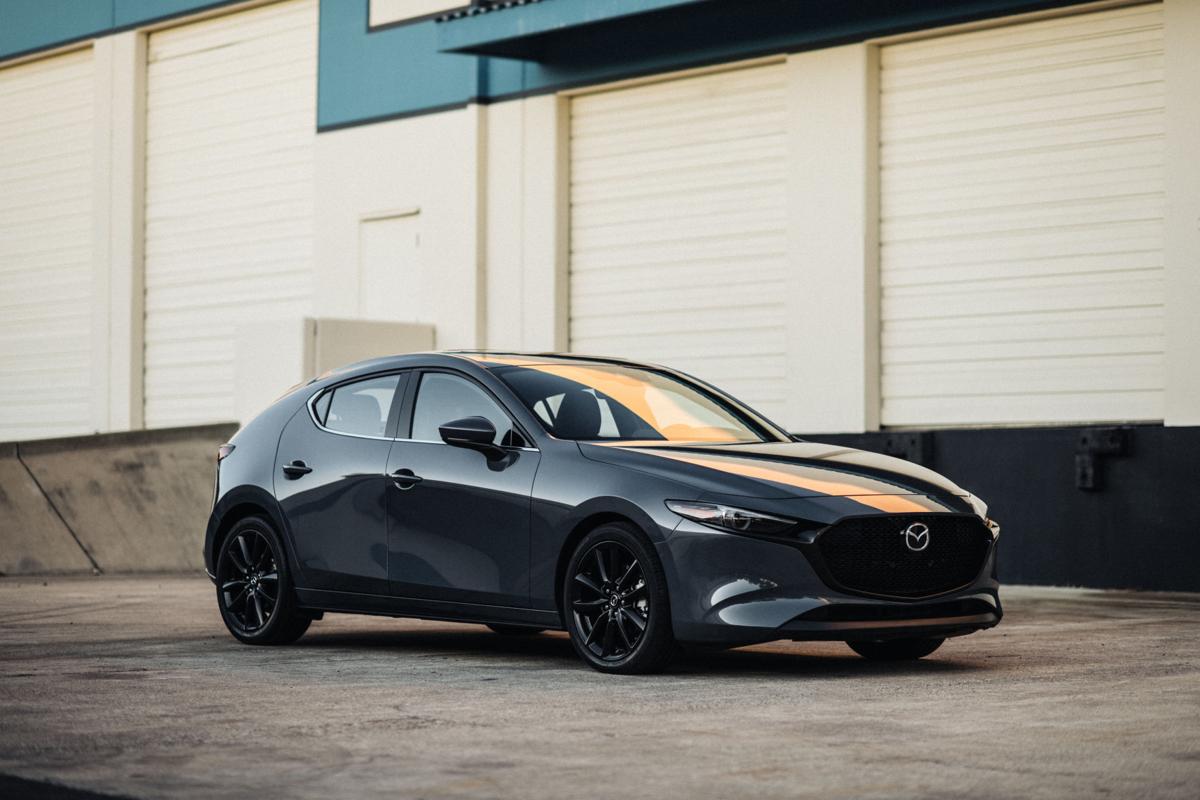 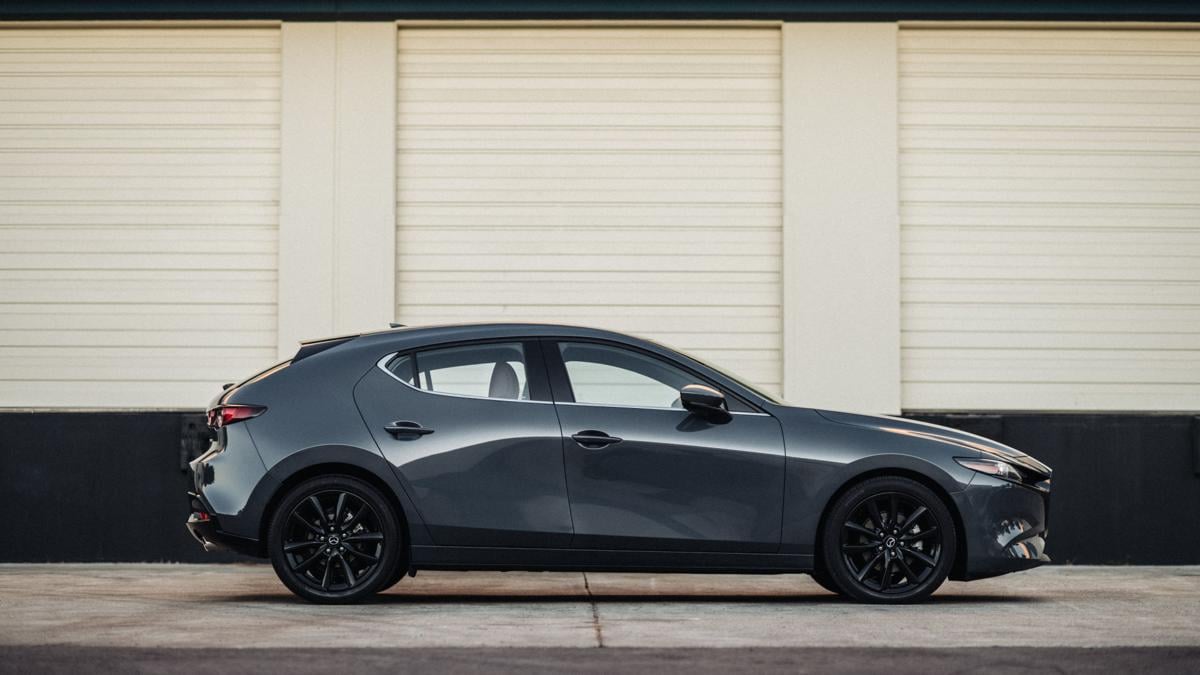 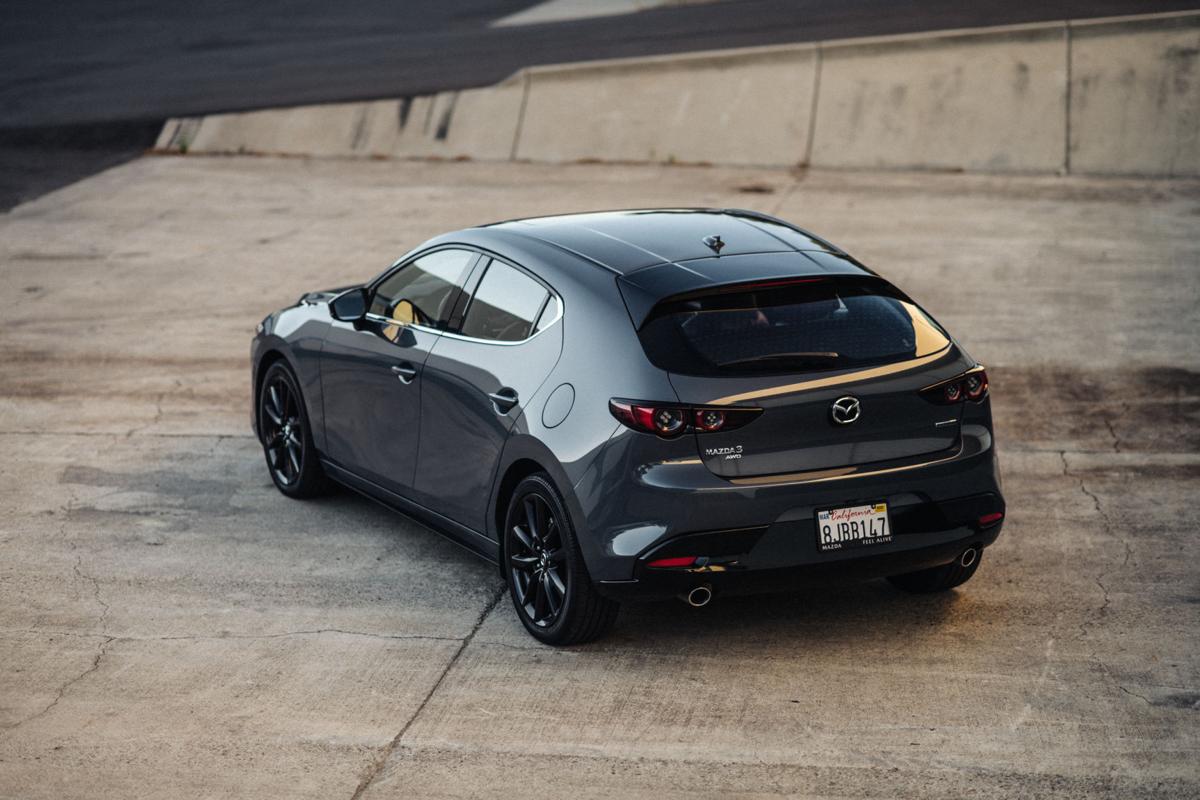 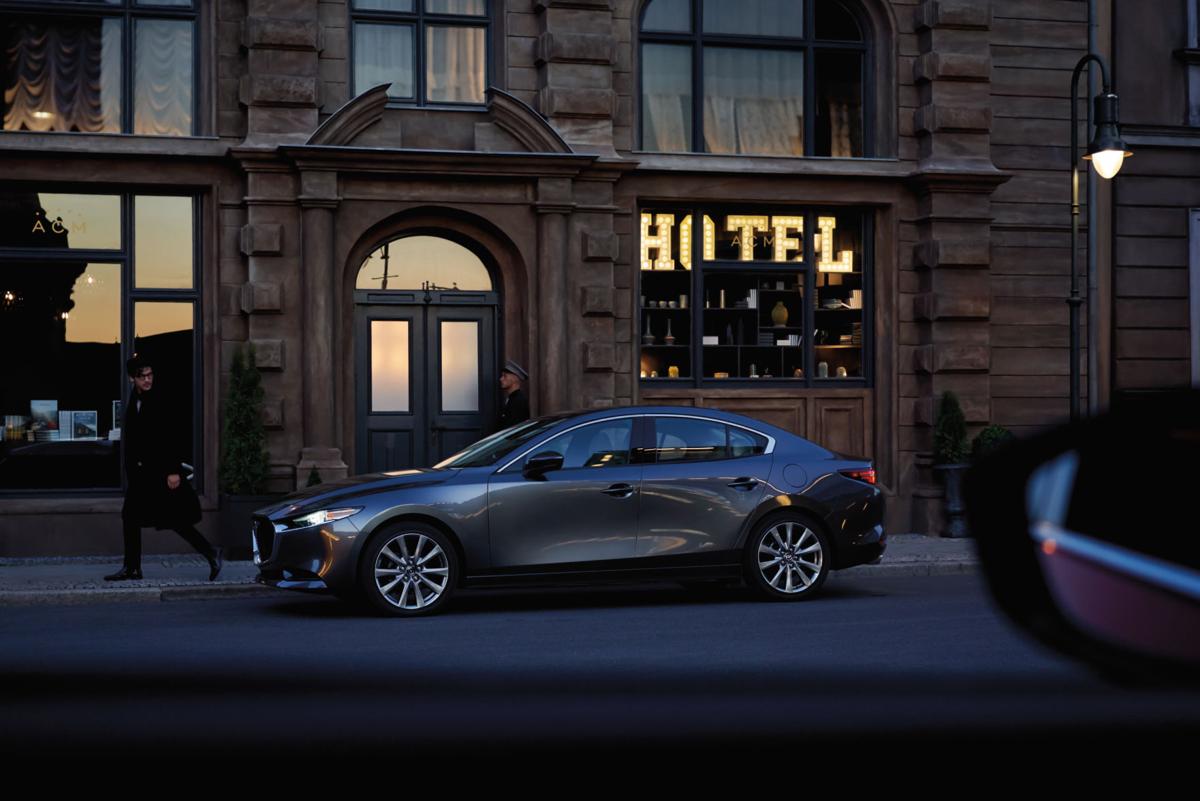 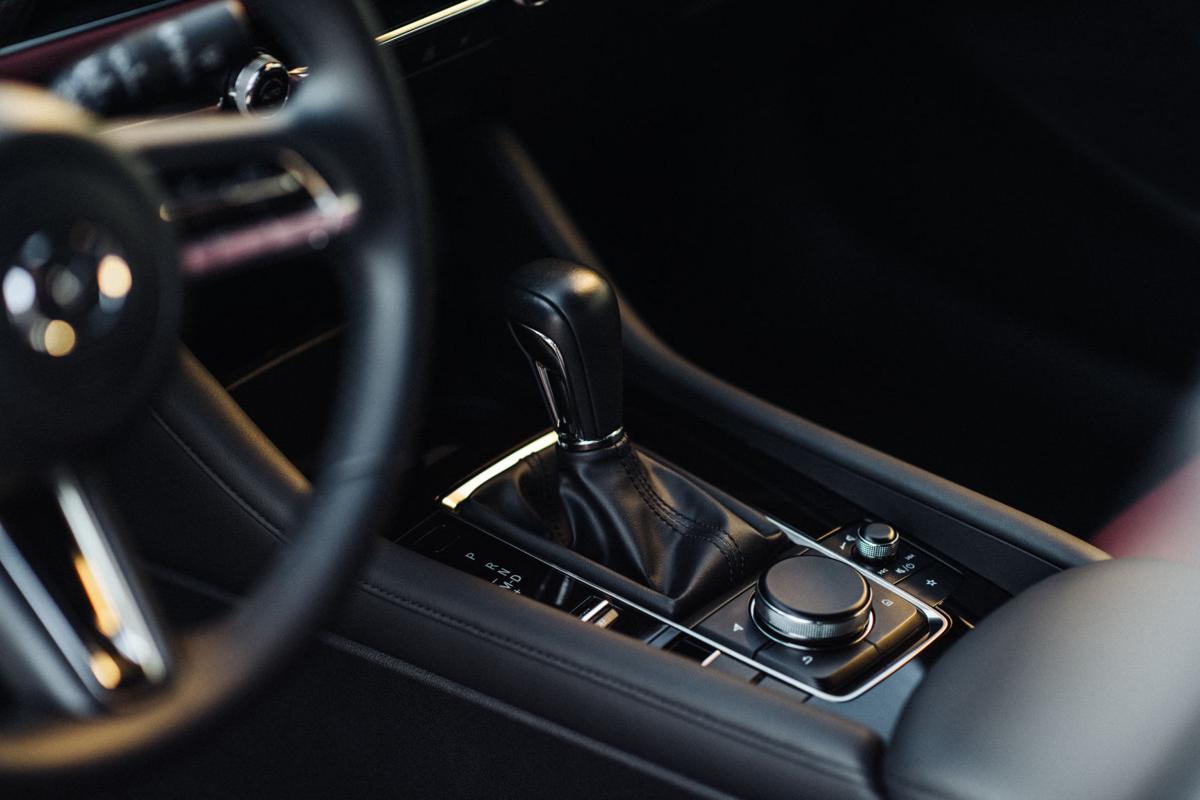 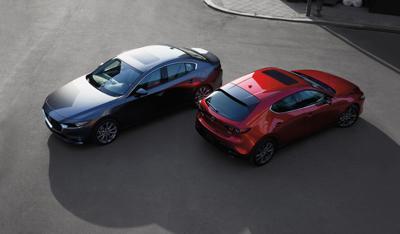 It is not just politicians or public figures caught up in a scandal that “misremember.” It is an affliction that we all experience, and I absolutely misremembered many aspects of the Mazda 3 hatchback.

For instance, I remember it the Mazda being a bit quicker, a bit bigger and a bit smoother over rough roads. The 3 is not glacial in its power delivery, it doesn’t take a human-sized shoehorn to get me into the driver’s seat and it did not break my back over potholes, but my memory painted a better picture of the compact sedan/hatchback.

But perhaps it is not the Mazda that has changed, rather, it is me.

After all, when I tested the 2018 model, I was yet to be a dad. At that time, I had never cheered for a bowel movement or had to sleep in blocks shorter than an NBA shot clock. I had certainly never experienced wrangling a bulky car seat and its base into the rear seats of a car. And that’s why I think I remembered the Mazda 3 being bigger.

Even though I’ve been at it just a year, fatherhood has also aged me. Added age makes you more sensitive to bumpy and lumpy roads. And that’s why I think I remembered the 3 having a more comfortable ride.

As far as believing the Mazda was a bit faster? Well, the engine I tested was the same, so I’m not sure.

I may have misremembered some aspects of the Mazda 3 hatchback, but getting behind the wheel again confirmed my memory that it is one of the most engaging to drive, sophisticated and attractive compacts available.

I could be forgiven for misremembering the 3’s styling from the 2018 model. The 2020 Mazda 3 is the second year of the fourth generation, which received a dose of styling updates. Mazda furthered its Kodo “Soul of Motion” design with the slight revamp. You do not need to know what that means, other than it translates to something along the lines of, “The Mazda 3 is extremely attractive.”

It is also one of the most dynamic and fun to drive compacts available.

The steering felt like an extension of my arms, completely natural, extremely accurate and perfectly weighted. Body lean is practically non-existent, keeping the Mazda firmly planted and steadfast through bends. The brakes are effective, and the pedal has feel. The 6-speed automatic transmission is intuitive in its willingness to keep the revs high when the 3 is being whipped around — even in normal driving mode — and it is quick to change down a cog when needed.

The 3 gives drivers confidence to go with gusto, and it delivers an enjoyable and advanced driving experience.

That’s not to say it’s necessarily fast. If the steering felt like an extension of my own body, the Mazda’s performance could be likened to an extension of my body while running — not particularly quick. The 2.5-liter four-cylinder offers a sufficient 185 horsepower but given the excellency of its other driving characteristics, a few more ponies would be appreciated. Though not speedy, the 3’s powerplant is peppy and active under acceleration.

The ride around town is on the reasonable side of firm. Some road imperfections will be felt on the backsides of passengers, but the Mazda is proficient in dampening minor bumps. I’m not that old yet, I suppose.

Another feather in the 3’s cap is the high build quality and lush materials in its modern and handsomely styled cabin.

All knobs, buttons and switches feel well-made and sturdy, and there is consistency for inputs with all providing similar haptic feedback. Interior panels feel well-constructed and the cabin is far more upscale than its counterparts. And the materials used would not seem out of place in a luxury offering.

Pricing is far from luxury territory, though. Front-wheel drive base sedan models start at $22,420 with the base hatchback ringing in at $24,620. In all but base trim, the hatchback comes at a $1,000 premium. Upgrading to all-wheel drive is $1,400 on most trims.

Standard features are similar for the sedan and 5-door, but the hatch gets 18-inch wheels over the sedan’s 16-inchers, a spoiler and a metallic grille (the sedan gets a matte finish). The hatchback gets leatherette seats as standard where the sedan has cloth seats in base models.

My fully-loaded tester with all-wheel drive and half a dozen minor upgrades, including a wireless charging pad and premium paint, just broached the $32,000 barrier. That’s not cheap by compact standards, but the 3’s refined, high-quality cabin and materials are worth the price of admission.

Mazda does offers 3’s with a 6-speed manual transmission, but only in hatchback models equipped with Premium trim and front-wheel drive.

Those deciding between a sedan or hatchback will need to consider form following function. While the hatchback’s Kardashian-esque, bulbous rear end looks good, it creates giant C-pillars and a smaller rear window to impeded rear vision.

The hatchback wins on cargo room with 20-cubic feet over the sedan’s 13, but the disparity is far greater in number than in everyday practicality.

All models get an 8.8-inch infotainment screen displaying the easy-to-use Mazda Connect system. Two USB ports, Apple and Android connectivity and Pandora radio integration are also standard. Controls are positioned smartly with my right hand falling just behind the rotary controller in my normal driving positions, a little bit of underappreciated but admirable design.

A wireless charging pad can be fitted, but doing so renders the center console storage bin fairly useless for anything but a phone.

While the 3 handled my daughter’s bulky car seat without issue, my wife’s legroom in the passenger seat was sacrificed. And for adults, the 3’s sloping roofline can spark complaints of lackluster headroom from taller passengers.

Buyers who are happy to cope with a bit less interior room, a higher asking price than some of its competitors and mediocre fuel economy for the segment — 24 city, 32 highway — are rewarded with a refined interior and ride quality, appealing driving personality and fantastic looks.

I may have misremembered some aspects of the Mazda 3, but it is still, easily, among the most appealing and likeable compacts in showrooms today. Remember that.