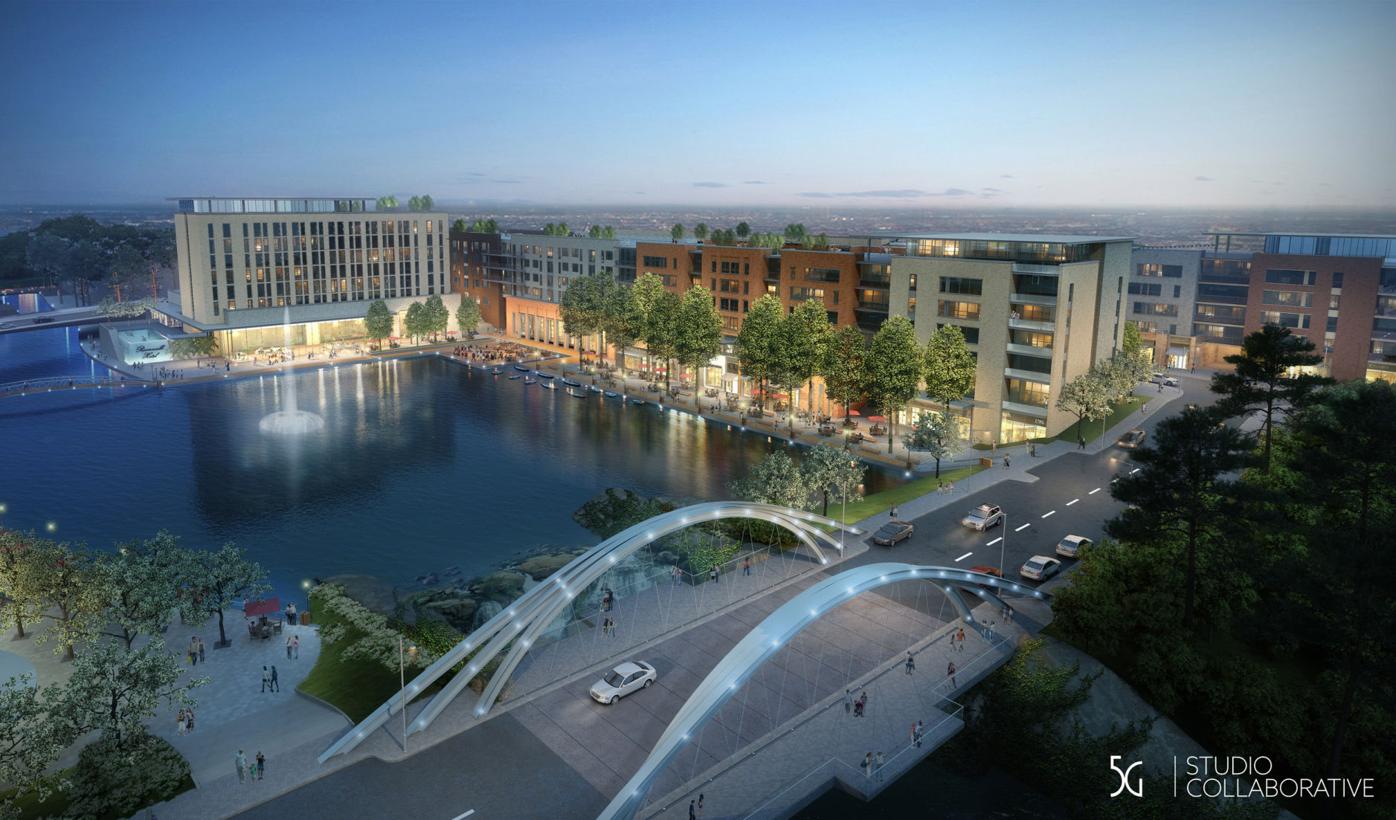 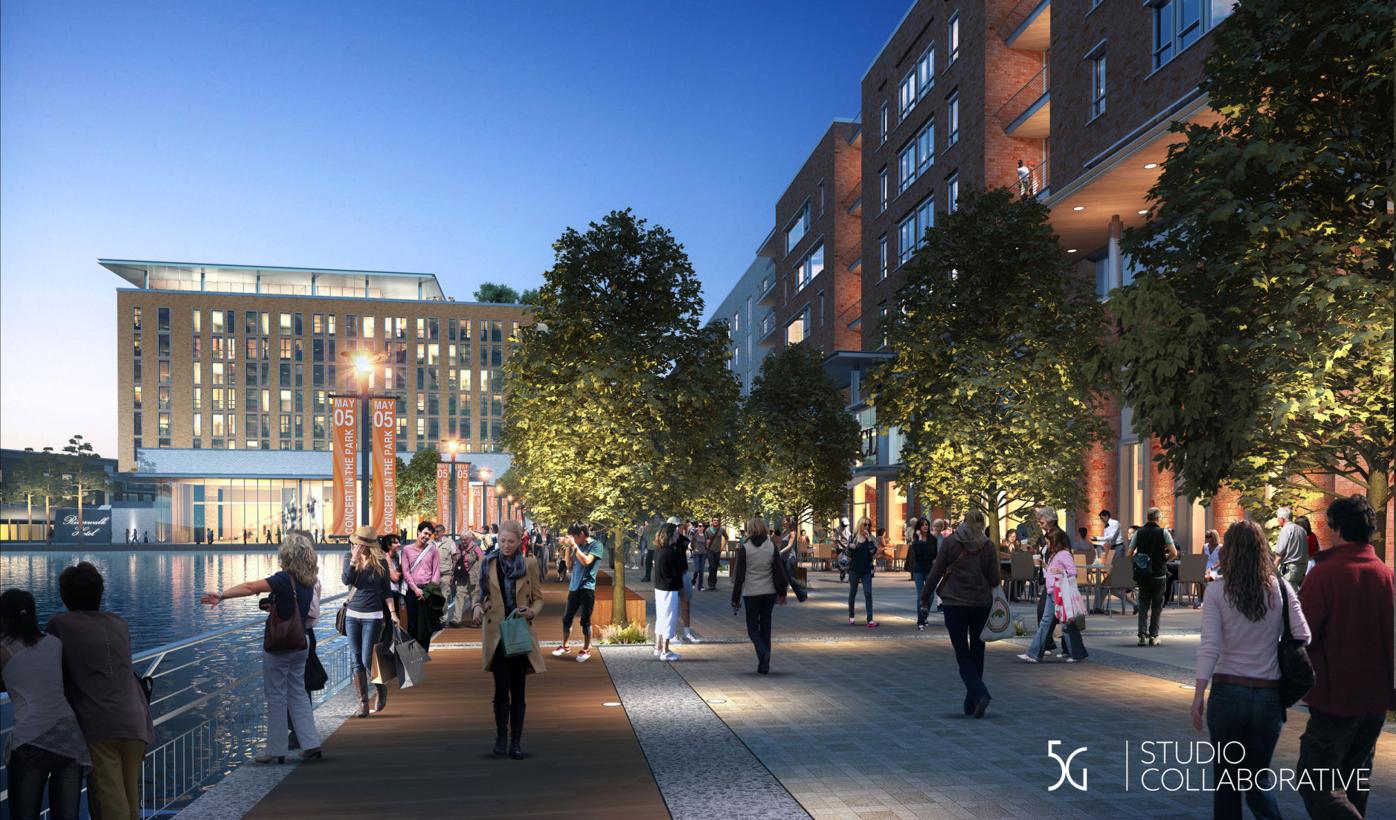 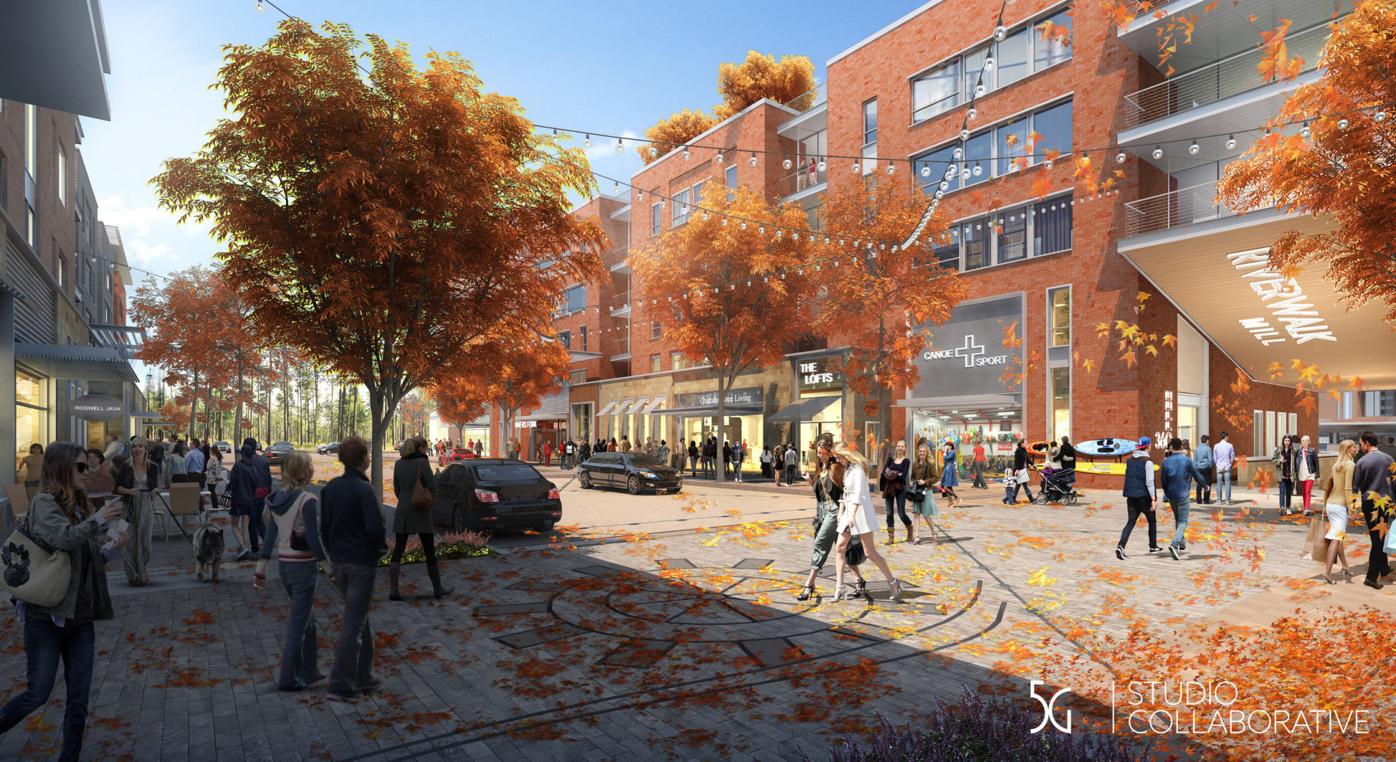 ROSWELL, Ga. – The next big project for North Fulton is the coming 104-acre mixed-use development of Riverwalk Village, at the intersection of Ga. 400 and Holcomb Bridge Road.

Roswell NEXT, a networking and social group for Roswell, hosted an information meeting Jan. 22 at the Aurora Cineplex, where Riverwalk’s architects were able to present their ideas for the project to a crowd of residents.

As presented, Riverwalk Village is an ecologically driven development that will include parks and public spaces, pedestrian-oriented areas near retail and entertainment and a system of public running, walking and biking trails that will connect the development and surrounding neighborhoods to the Chattahoochee River.

The developer, Duke Land Group, holds more than $2 billion in real estate in the metro area. As Roswell Inc Executive Director Steve Stroud said, “They know what they are doing.”

The Riverwalk property is 104 acres that follows the east side of Ga. 400 from just south of Holcomb Bridge Road south to touch the Chattahoochee River, with Old Alabama Road following the property to the east. Currently, some apartment buildings sit on the site. A large pond is in the center and feeds into the river.

Riverwalk comes as the economy is rebounding and large, mixed-use developments are becoming hot commodities. Alpharetta’s Avalon just up Ga. 400 is similar in concept.

Roswell is no longer a small town. With nearly 100,000 residents, it is one of the largest cities in the state.

Stroud said such a development was necessary as a means to build quality, affordable housing in the city, a feature that is largely lacking.

“I want this so my daughter can come back [from college] and has a great place to work and live and an affordable place to work, live and play and enjoy all the great things I enjoy,” he said.

If developed as currently planned, an office park will be to the southern end of the site, with eight- to 10-story buildings sitting on the lowest grade of the land. To the center and north of the site will be multi-family residential buildings with retail beneath. A supermarket will be onsite, along with a school.

The hope is the development will be largely self-sufficient. Residents will live and work in or near the site.

Kevin Sloan, the principal architect and urban planner, called the development “landscape-driven urbanism.” He designed the George W. Bush Presidential Library and the Sprint headquarters campus as well as the south campus for Syracuse University. He said he primarily works with taking the landscape and working around it, not simply bulldozing it.

“We want to make sure it’s done right,” he said.

Sloan said he will use “abundant” Georgia plants native to the state to create a landscape in the property. Just under half the site will be left open, and 12 percent will be dedicated to nature preserve, largely to the south, near the river.

Resident reaction from the Aurora presentation was generally positive, if cautious.

“It looks great. You can spend the whole day there and not get in your car,” said resident Chipper Gronholm, who watched the presentation.

He added that traffic on Holcomb Bridge Road can be bad, and adding so many people could make it worse.

Riverwalk has not yet come before the city for official approval or public input. The developers expect this process to begin mid-year. Construction could begin in the next two years.

“This is just the beginning of the conversation,” Stroud said. “[The plan] can be tweaked and discussed.”

For more about Roswell NEXT, visit their website at www.roswellnext.org.

Johns Creek Physical Therapy: “The way therapy should be!”