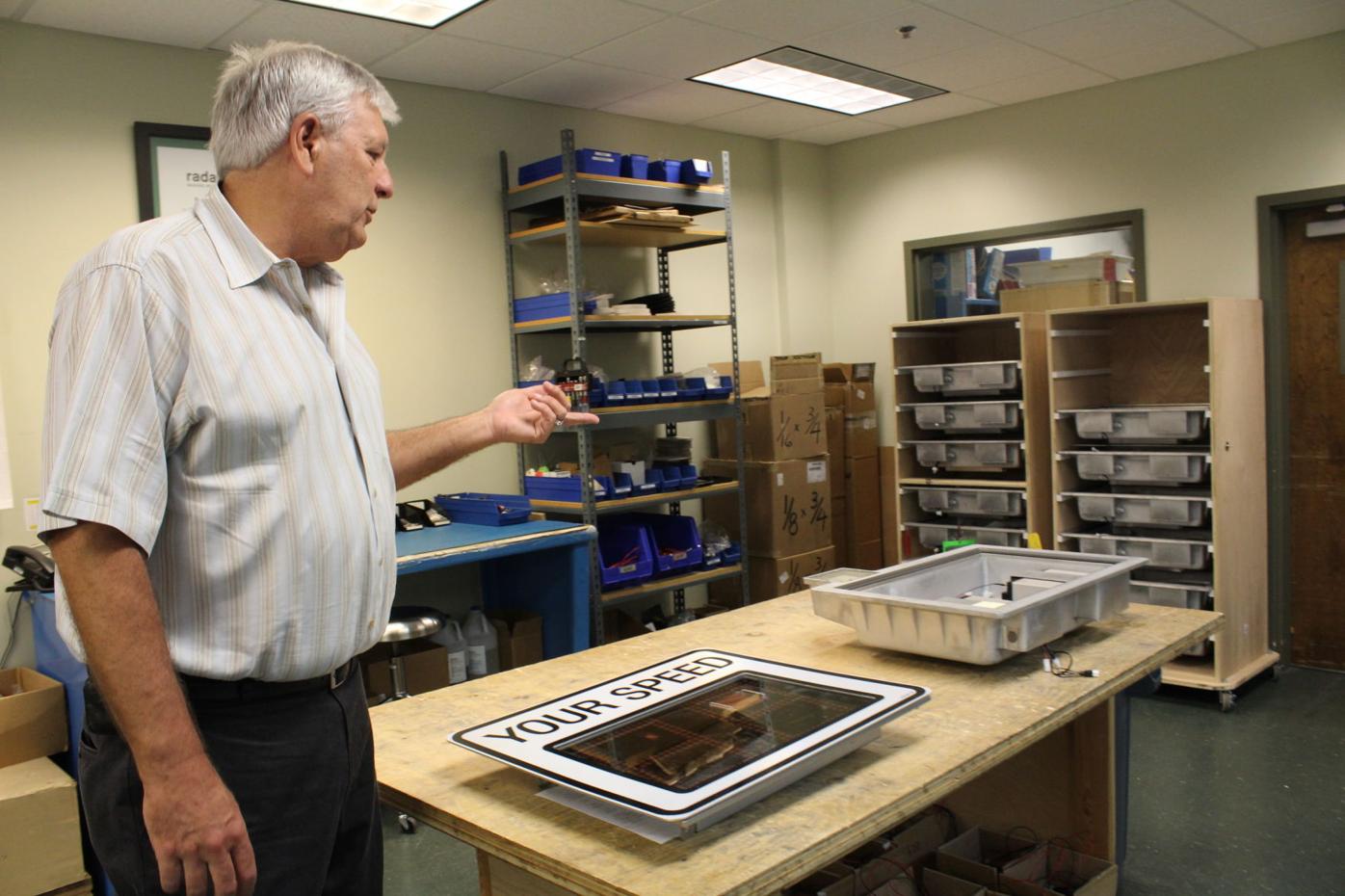 Charlie Robeson points at one of the signs currently being built. KATHLEEN STURGEON/Herald 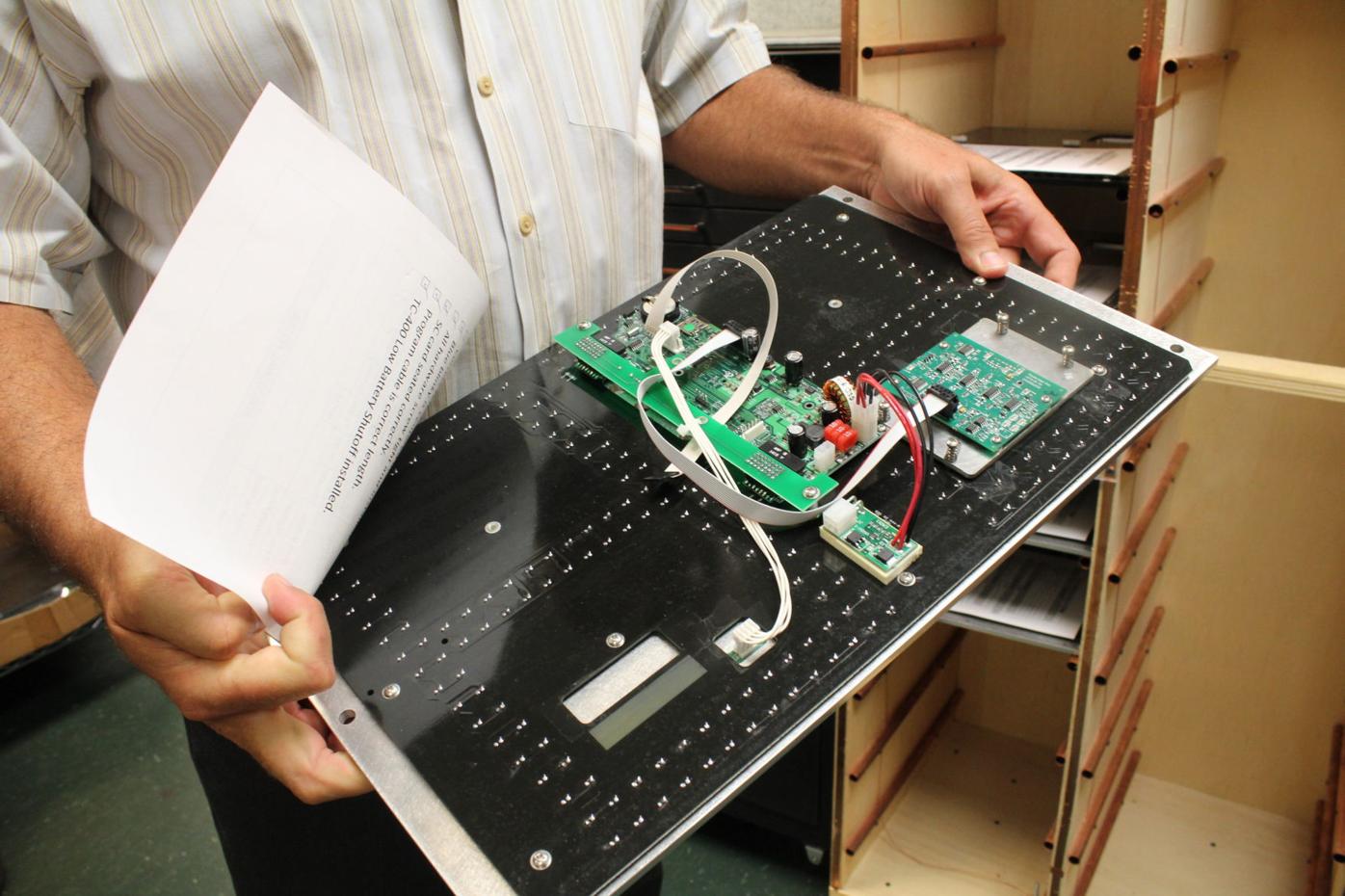 The inside of a sign shows the battery and radar. KATHLEEN STURGEON/Herald 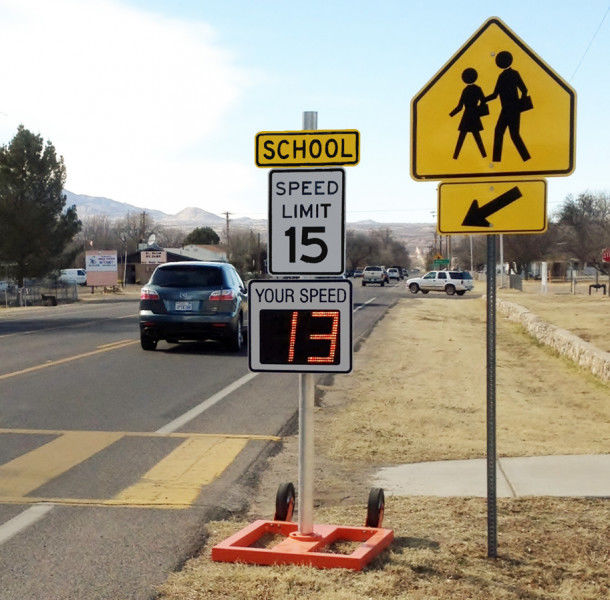 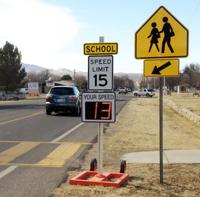 Signs can be portable and also used in school zone crosswalks. 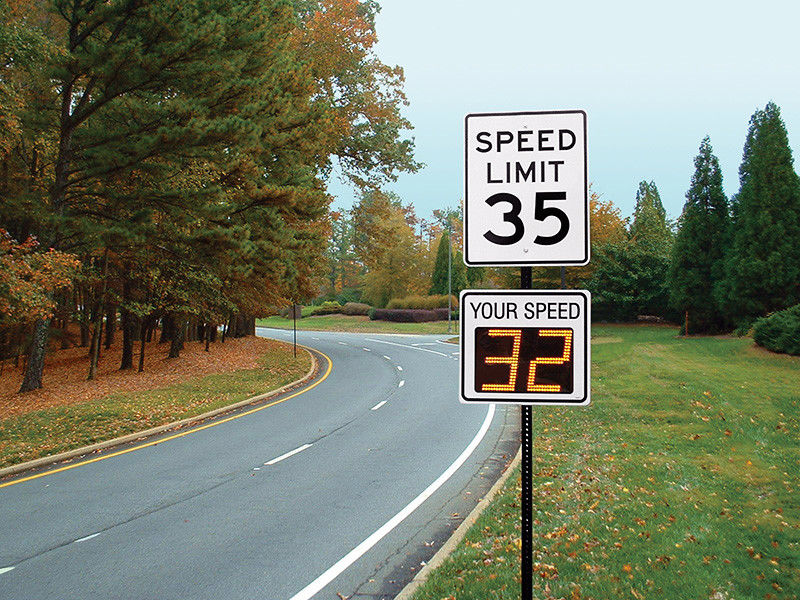 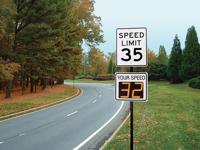 This Radar Sign shows how it can be used to calm traffic.

Charlie Robeson points at one of the signs currently being built. KATHLEEN STURGEON/Herald

The inside of a sign shows the battery and radar. KATHLEEN STURGEON/Herald

Signs can be portable and also used in school zone crosswalks.

This Radar Sign shows how it can be used to calm traffic.

FORSYTH COUNTY, Ga. — Have you ever driven down a road not really paying attention to how fast you’re going when you suddenly see a sign flashing your speed?

Well those signs are produced by a company called Radarsign, which just happens to be based in Forsyth County.

The signs are intended to calm and slow down speeders by alerting them in real time of their speed. The sign uses radar to detect the speed of the vehicle, and flashes the number on the LED display, usually under the speed limit of road.

According to the company, tests repeatedly show that speeders will slow down up to 80 percent of the time when alerted by a radar sign. Typical speed reductions are 10 to 20 percent. And overall compliance with the posted speed limit will go up by 30 to 60 percent.

“This works physiologically on the brain,” said Charlie Robeson, director of sales and marketing for the company. “While driving, people are on autopilot. All of a sudden, out of the corner of their eye they see this sign flashing. And they then realize they’re doing 10 or 15 over and back down a few miles.”

This concept is so popular, there are products in all 50 states, Canada and U.S. military bases overseas.

“We’ve had year-over-year growth every year since (we began in 2004),” Robeson said. “We always seem to sell more than the previous year. So I guess they work and people like them.”

But the business had a humble beginning. Twelve years ago, three friends, Barry Ward, Ken Bass and Robeson, were sitting around eating burgers and drinking beer when they started discussing what they wanted to do for the rest of their lives.

The concept of radar came around and what they could possibly do with radar. Bass said he’d like to have something in his front yard that would start flashing lights if someone sped by his house, encouraging those drivers to slow down.

They never looked back.

The group then spent a lot of time doing research about the product. They began speaking with police chiefs and public works staffers and felt like there was a need for a product of this kind.

But even with the need for the signs, it was still a leap of faith, he said.

For the first five years, all of the signs sold were not seen by customers. After visiting the website, customers would read about the product then call and place an order.

“It was an unusual thing to do in your 50s,” Robeson said. “It was a complete turn from everything any of us had ever done before.”

But their trust in each other and the product worked out as they’ve now have sold more than 6,000 signs.

Initially the group thought these signs would be enticing to homeowner associations. They are the largest group interested in the signs, but only making up about 5 percent of business.

Instead, the big buyers are cities, counties and police departments.

In fact, the public safety customers often use the signs to track data of car speeds. They use a Bluetooth transmitter or Wi-Fi inside the signs to pull up information and keep tabs on speeders.

The more signs the better, as Robeson said, a pedestrian hit by a car at 40 mph has a 90 percent fatality rate. But at 20 mph the fatality rate decreases to 10 percent.

“We enjoy this business because we know we’re doing good,” he said. “At the end of the day, the roads are safer.”

For information on Radarsign, visit radarsign.com.