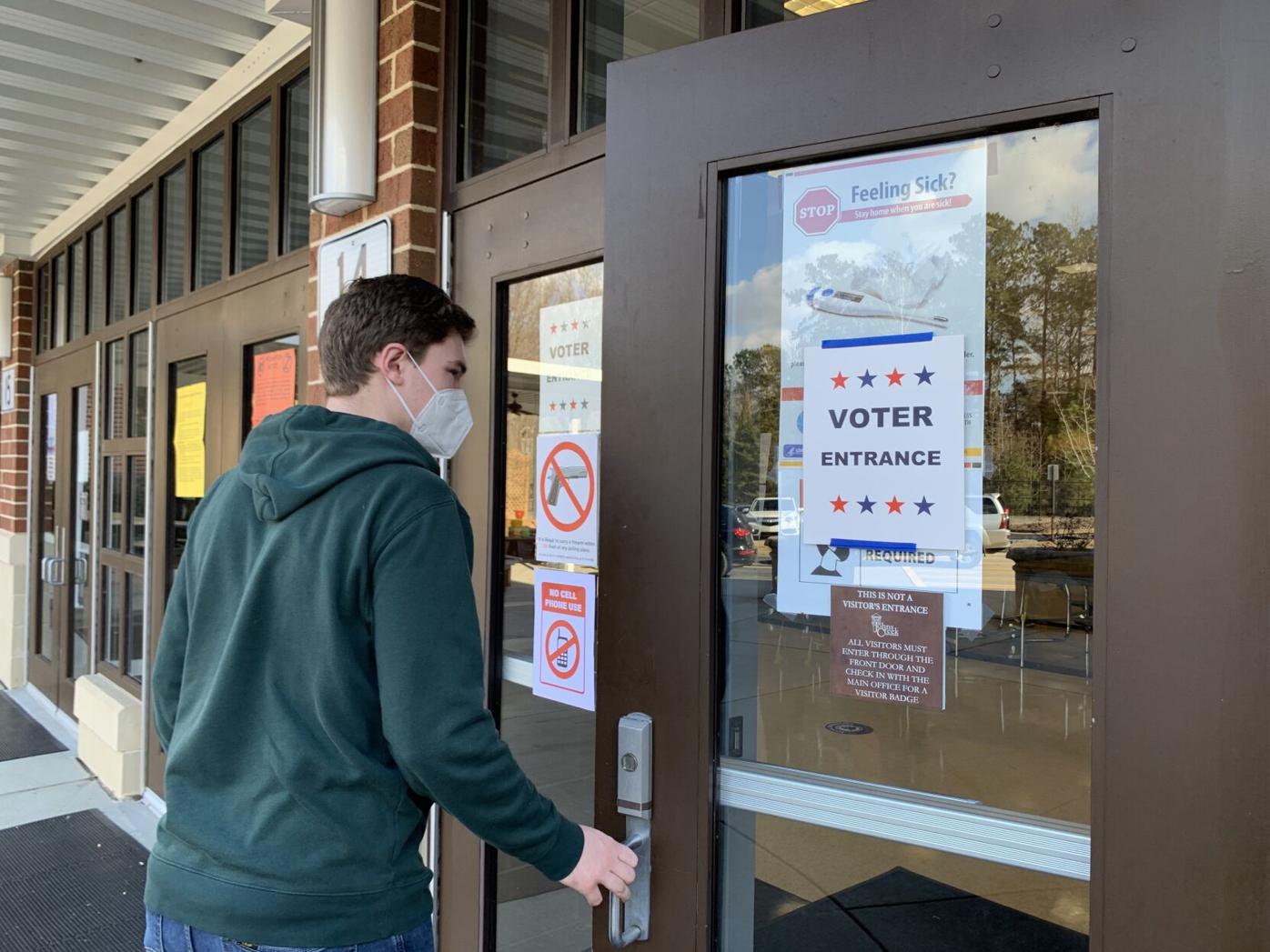 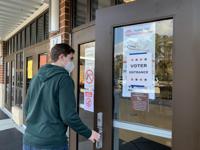 The nation watched as Georgia voters went to the polls Jan. 5 to cast ballots in the special runoff election for two U.S. Senate seats. Among those exercising their civic duty was Matthew Johnson, who cast his ballot at Johns Creek High School. While areas of North Fulton showed strong Republican support, the statewide results flipped both seats to the two Democratic challengers, Raphael Warnock and Jon Ossoff. 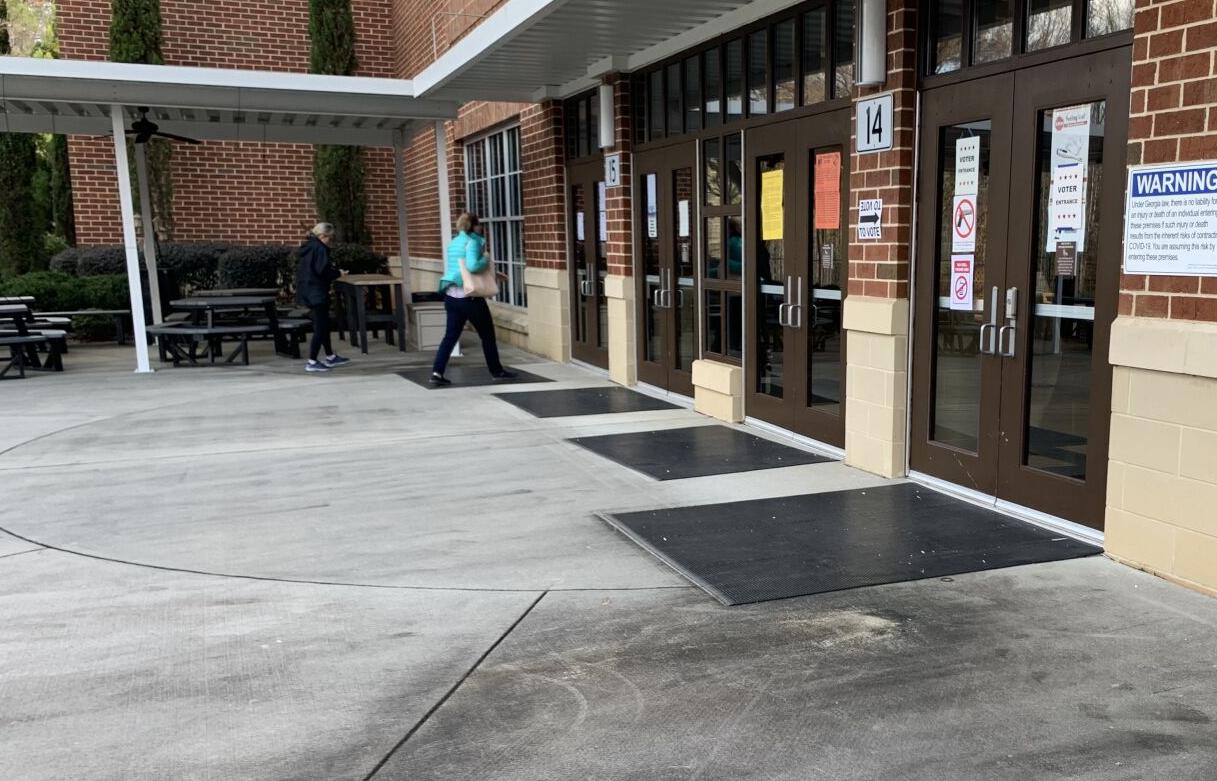 Voting was sporadic at Johns Creek High School Jan. 5 as Georgians participated in a special runoff election for two U.S. Senate seats. A majority of Johns Creek residents voted for the Democratic challengers in the race that would decide control of the Senate. 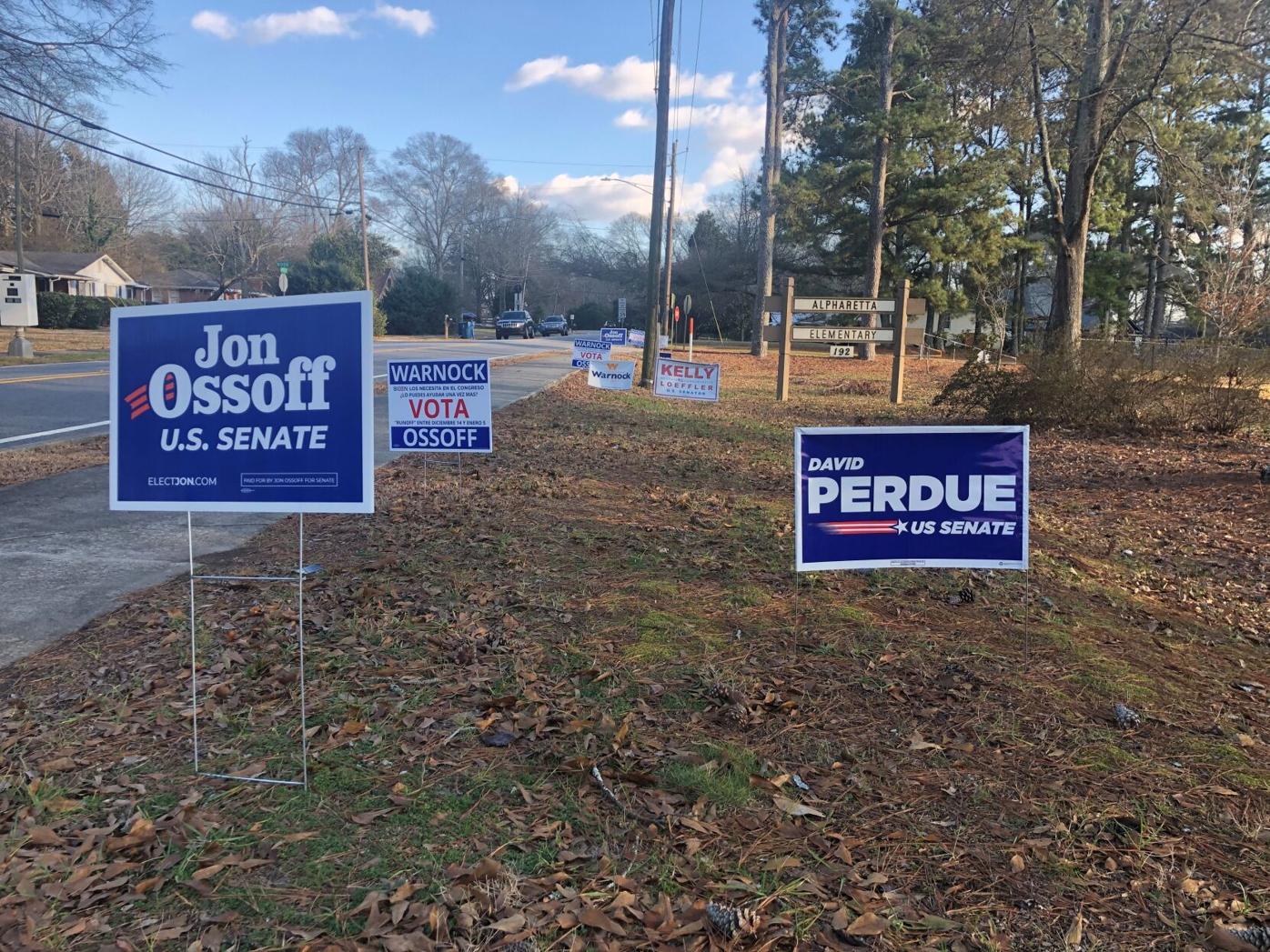 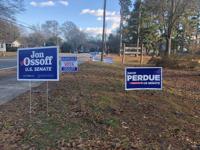 Signs for candidates line the sidewalk outside the Alpharetta Elementary voting precinct.

Overall, Fulton County voters backed the Democratic candidates with 72 percent of the vote in each race. Most residents opted to vote early in person. More than 57 percent of the 477,000 votes recorded in the county were cast in advance. The remaining votes were split almost evenly between Election Day votes and mailed absentee ballots.

Unlike the Nov. 3 General Election, each precinct was locked in tandem, with either both Republicans or both Democrats earning a majority. Republican voters backed Perdue slightly more than Loeffler.

In the Nov. 3 General Election, Warnock defeated Loeffler in a few precincts where Perdue earned a majority in his race against Ossoff. That was most likely due to Loeffler defending her seat in a “jungle primary,” which included more than a dozen candidates.

In the runoff, Republicans swept the most northern precincts in the county, including all but two Milton precincts, the eastern portion of Roswell and the southernmost areas of Johns Creek.

Democrats carved a wide path along Ga. 400, taking almost all districts close to the thoroughfare.

Democrats took 12 of Alpharetta’s 21 precincts, but the margins in the Senate races were razor-thin.

More than 32,000 residents cast ballots, and the margin of victory for the city was just 83 votes between Ossoff and Perdue. Warnock topped Loeffler by 673 votes.

The Democratic candidates won 13 of the city’s 20 precincts.

While Johns Creek backed Democrats by the highest margins, Milton voters posted the strongest effort for the GOP. Republicans won 10 of the city’s 12 precincts.

The race for Roswell was neck-and-neck, and the city was the only in North Fulton to split between Democratic and Republican candidates.

Perdue carried 51 percent of the more than 47,000 votes cast over Ossoff. However, Warnock defeated Loeffler by a total of 38 votes.

Both Republicans won 12 of Roswell’s 22 precincts.

Public Service Commissioner in the Runoff Election, but Republican incumbent Lauren “Bubba” McDonald retained his seat. Members of the five-member commission, which regulates public utilities in the state, are elected statewide.