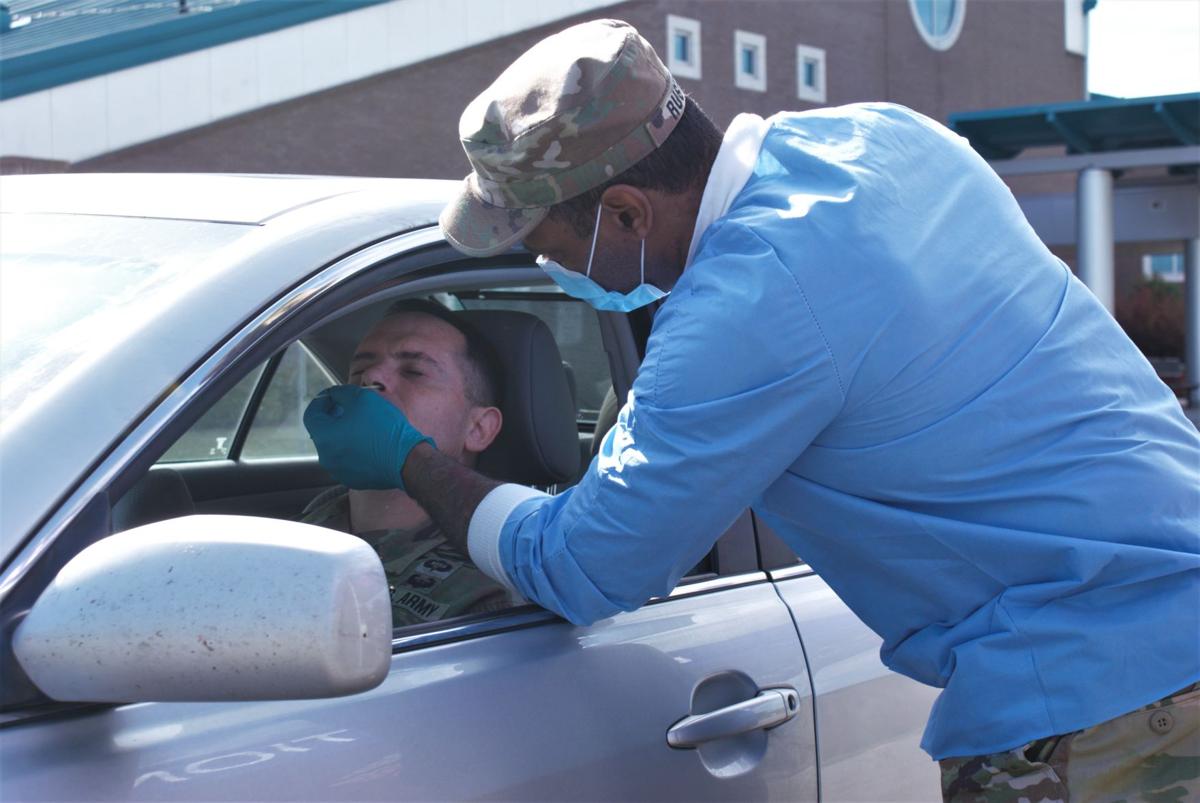 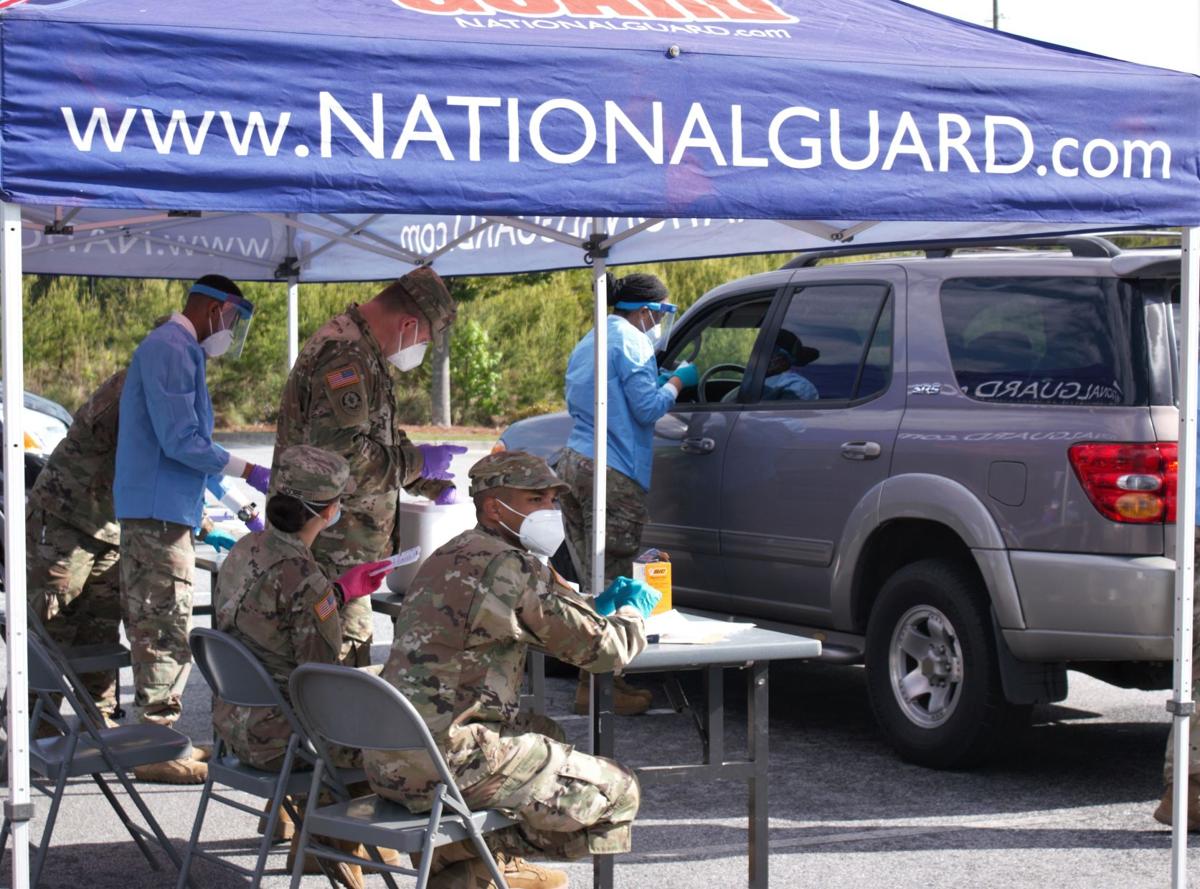 “We encourage everybody to come out and get tested,” Lt. Col. Jim McKnight, battalion commander, said. “It kind of feels like getting water up your nose. It stings a little bit and then it’s over.”

Sean Ragland, who passed through the testing station, said he was symptomatic early on but never got to the point where he felt poorly.

“The experience was great,” Ragland said. “It was easy, quick and fast.”

The testing will continue, McKnight said, as quickly as the test kits become available. The test results bring a better understanding of actual cases and whether that number is increasing or decreasing. Results will be sent via text message to the individual within 24-48 hours.

People were in line an hour ahead of the opening, and within roughly an hour, a third of the tests were administered. By noon all 100 tests were dispensed.

“We’re here to serve the public,” McKnight said. “These are civilian soldiers. They all have other jobs, but they’re coming here on orders to support the COVID pandemic.”

“Less than a year ago, these guys were in Afghanistan looking for terrorists on the sides of mountains. This shows our versatility,” McKnight said. “We come back and do testing. Whatever we need to do to serve, whether that’s being deployed to Afghanistan, disinfecting nursing homies or testing people for Coronavirus, we’re here to do it. We’re proud to do it and happy do to it.”