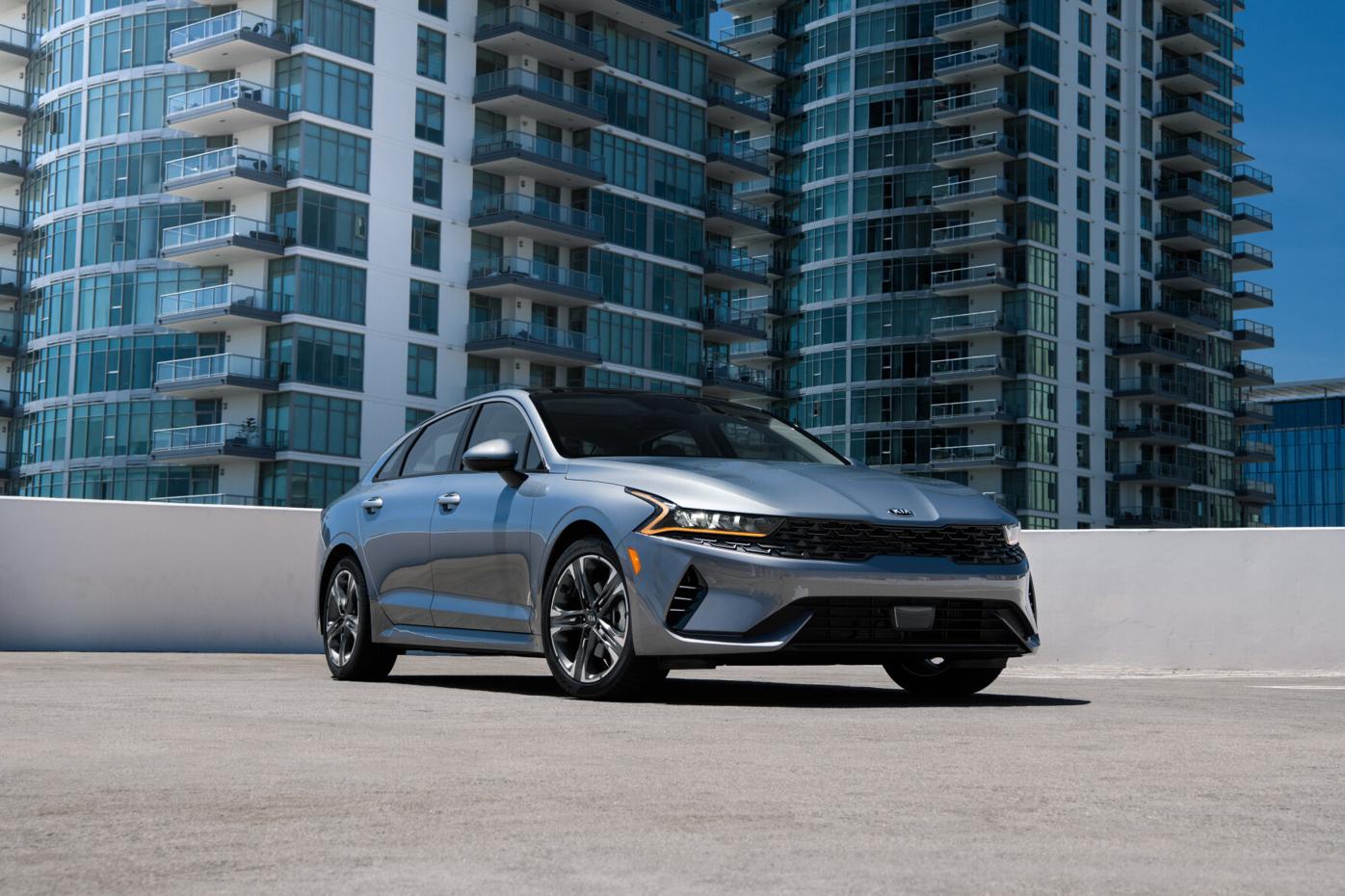 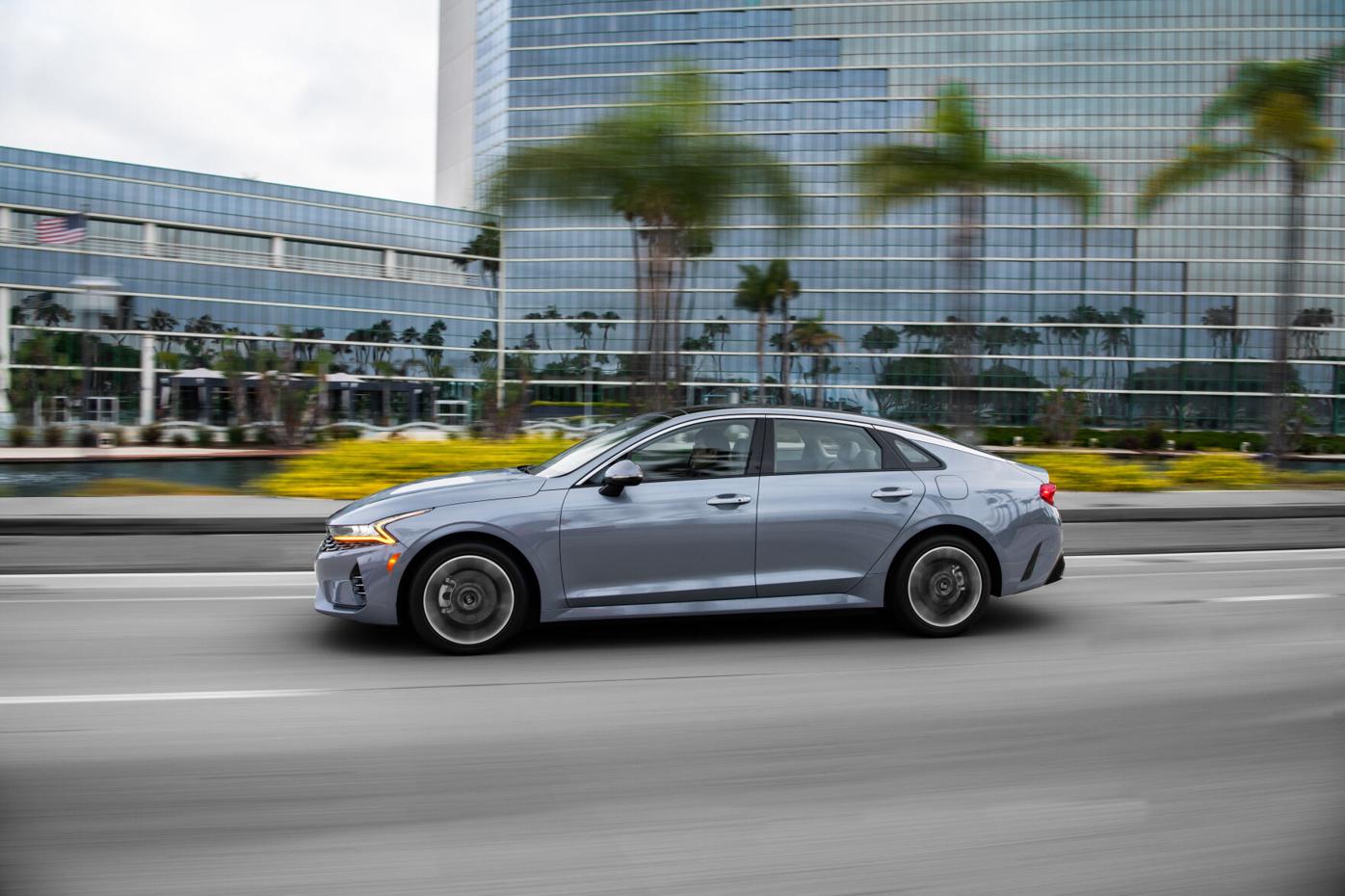 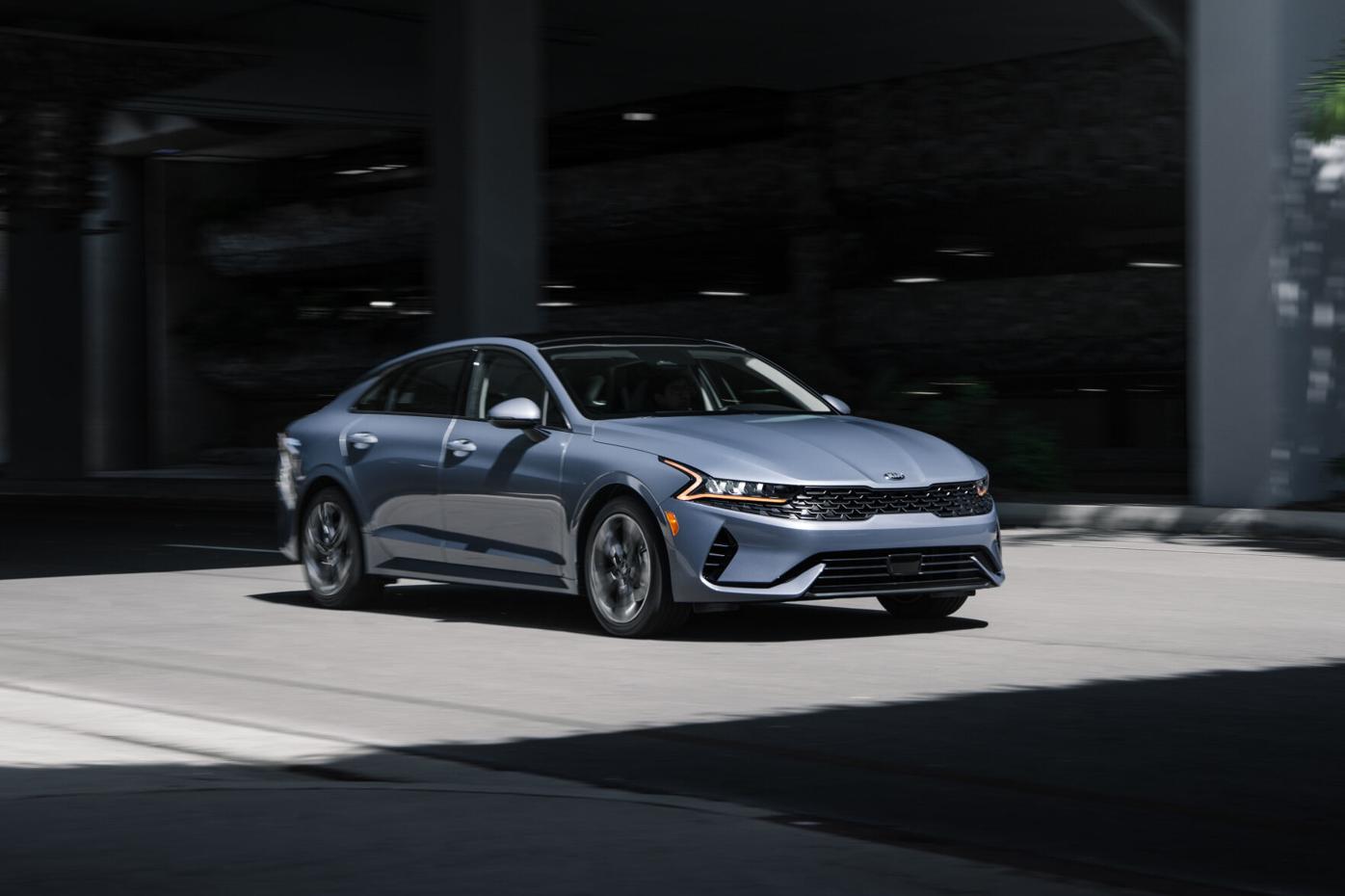 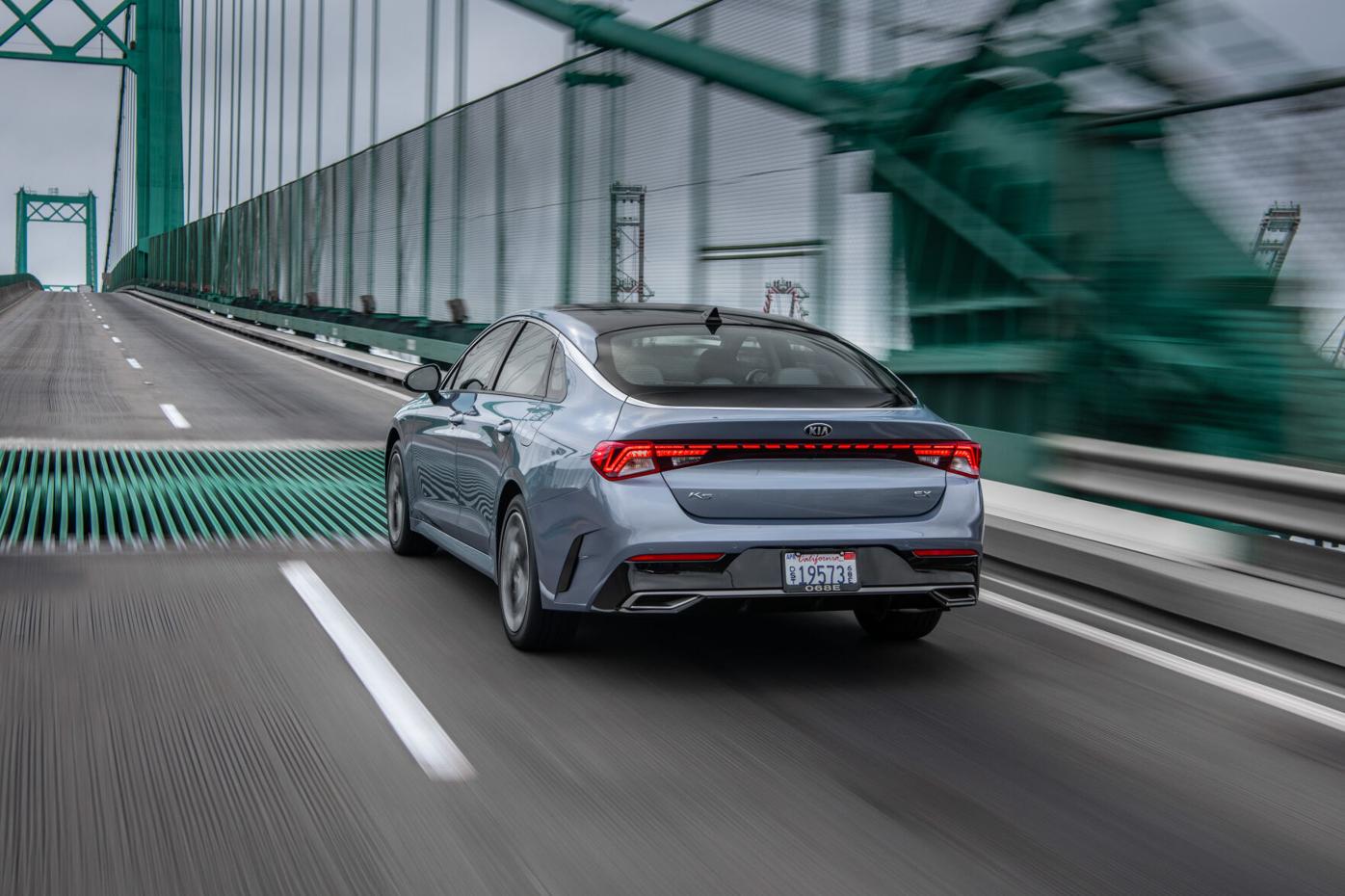 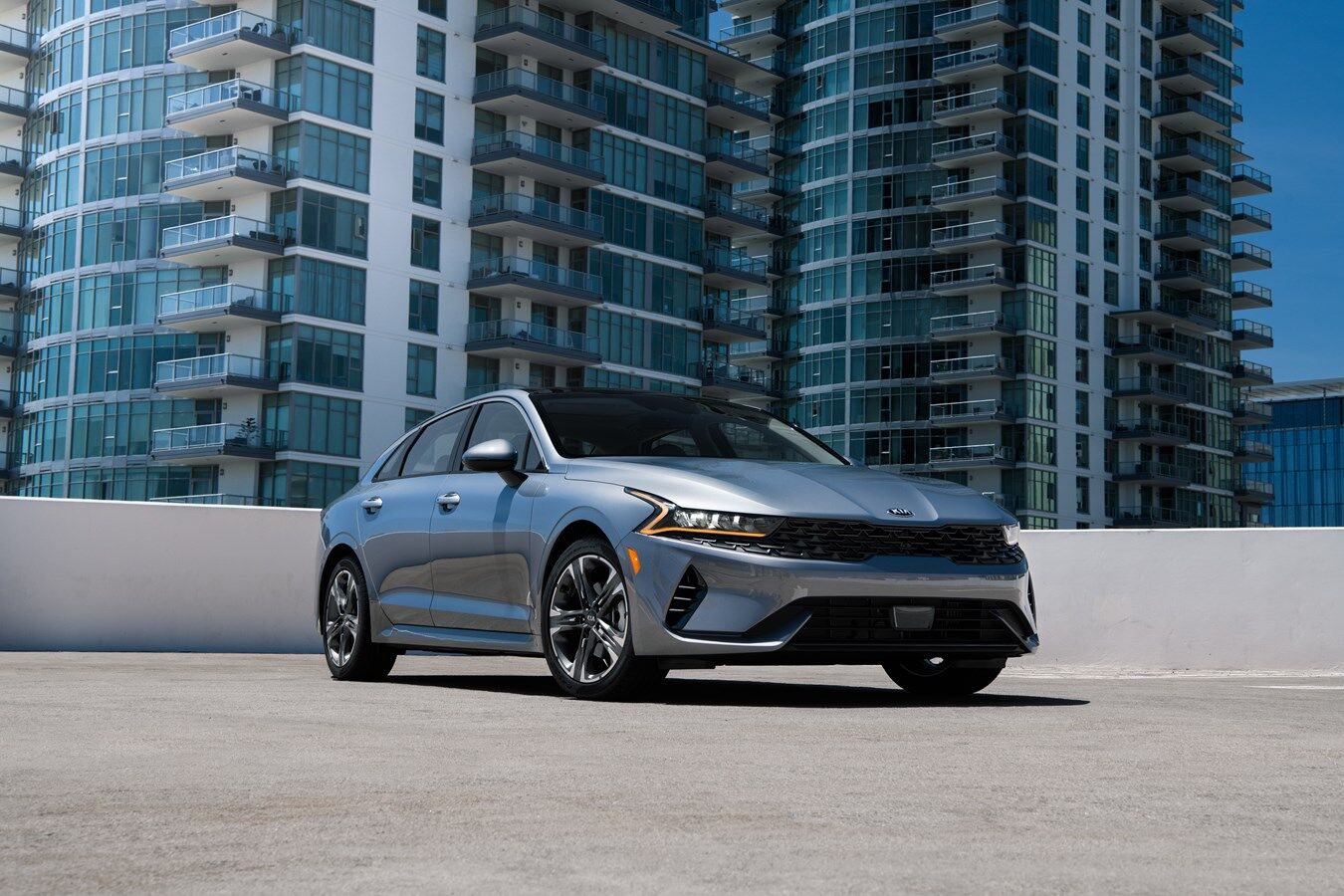 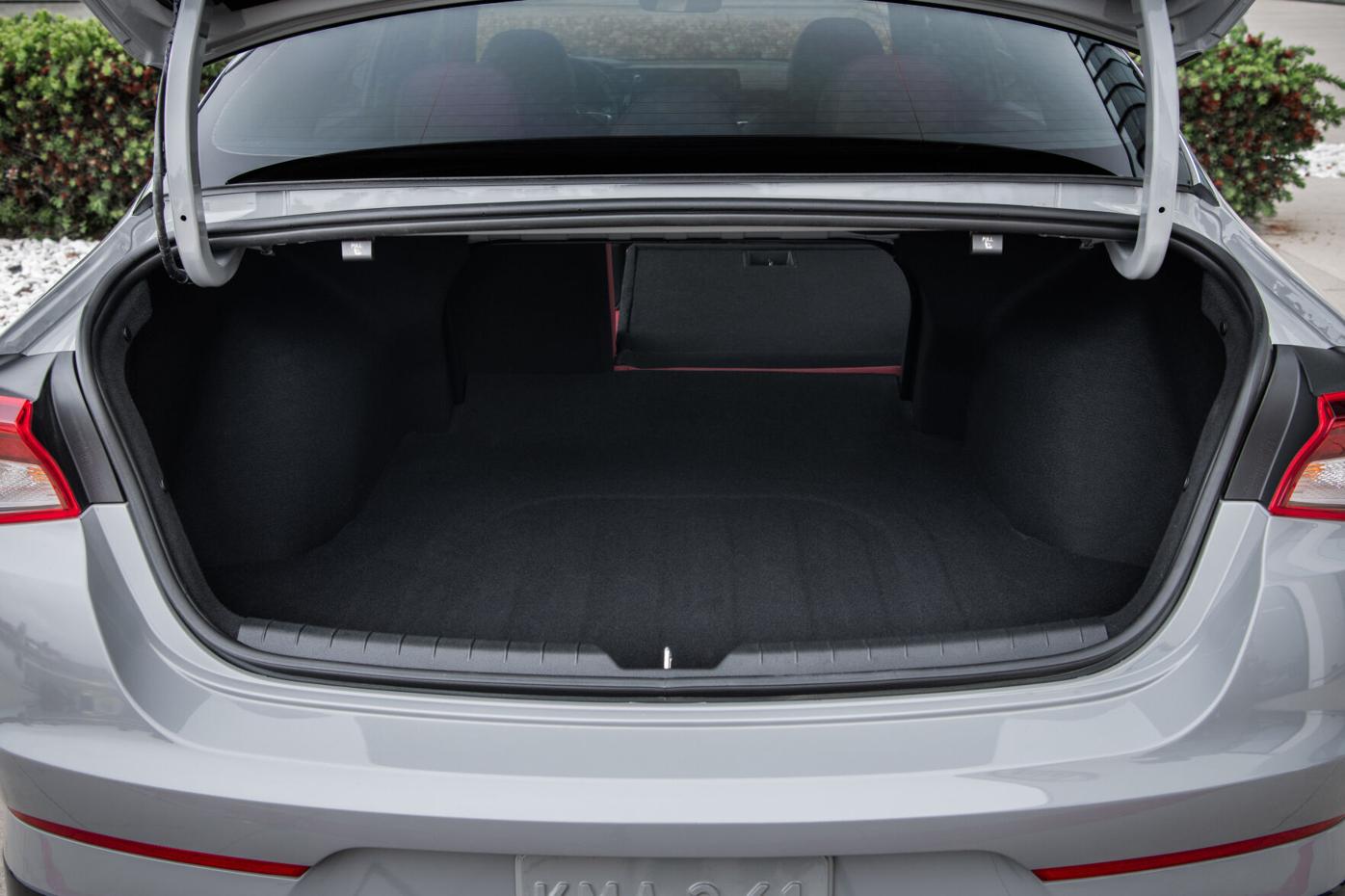 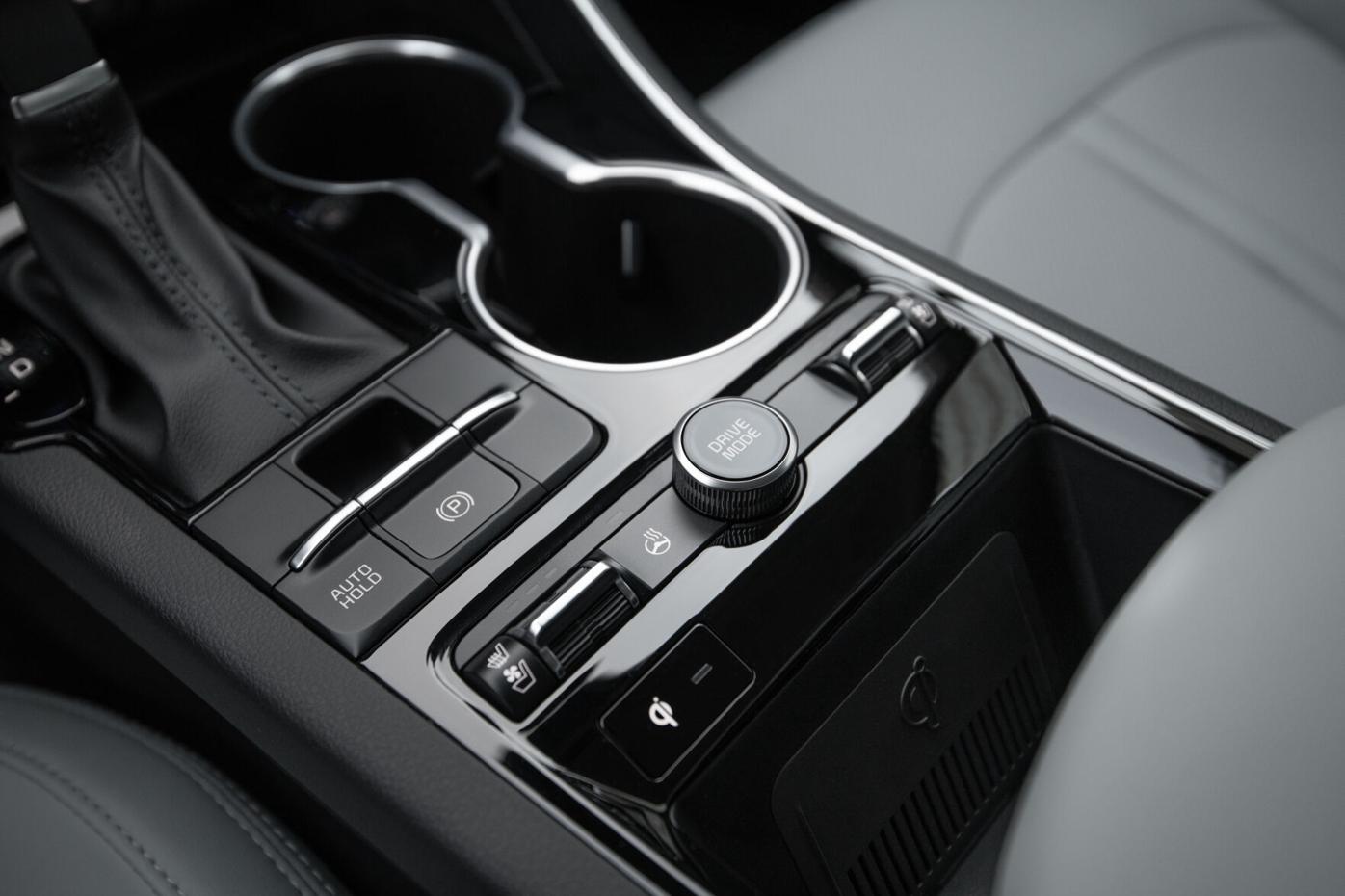 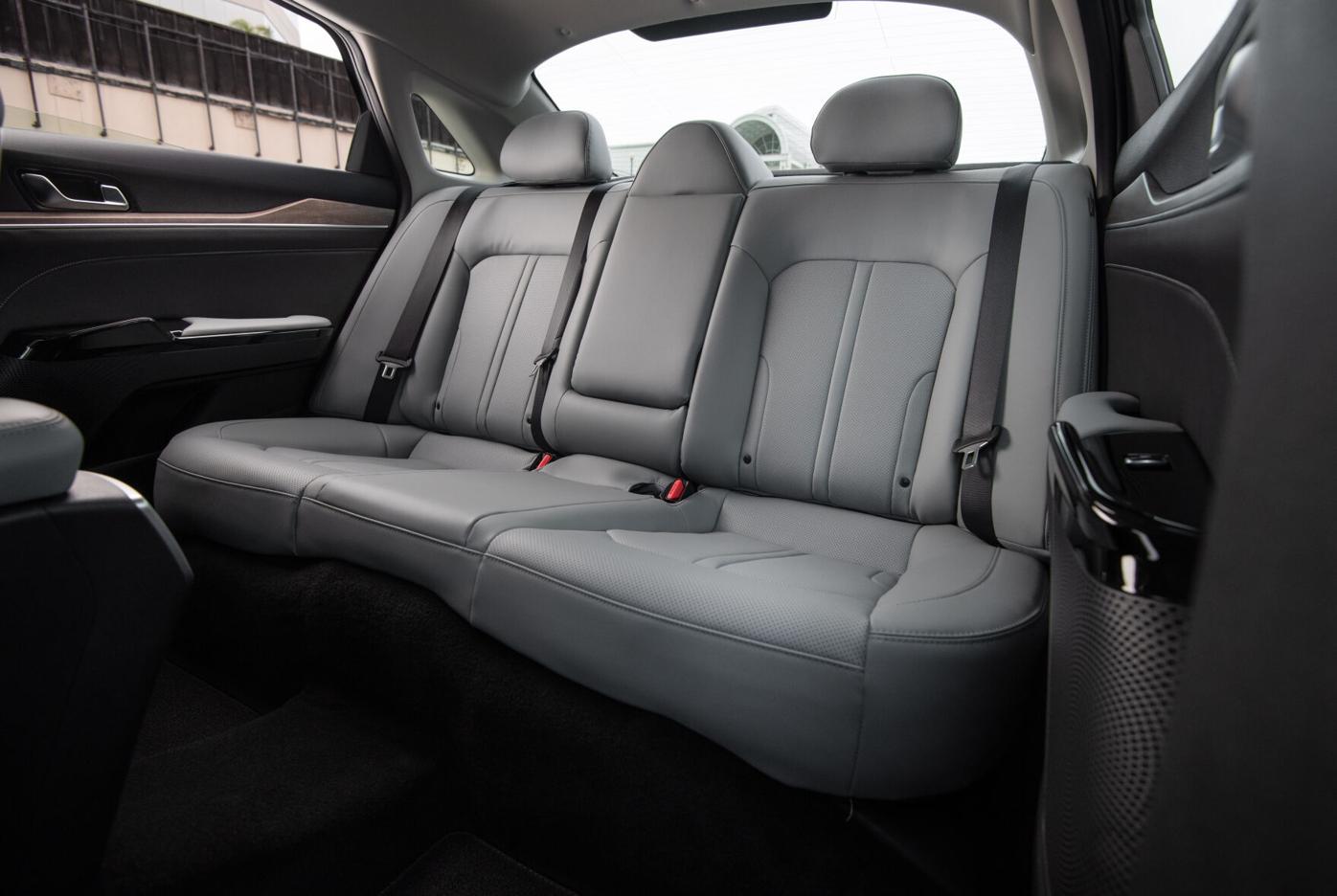 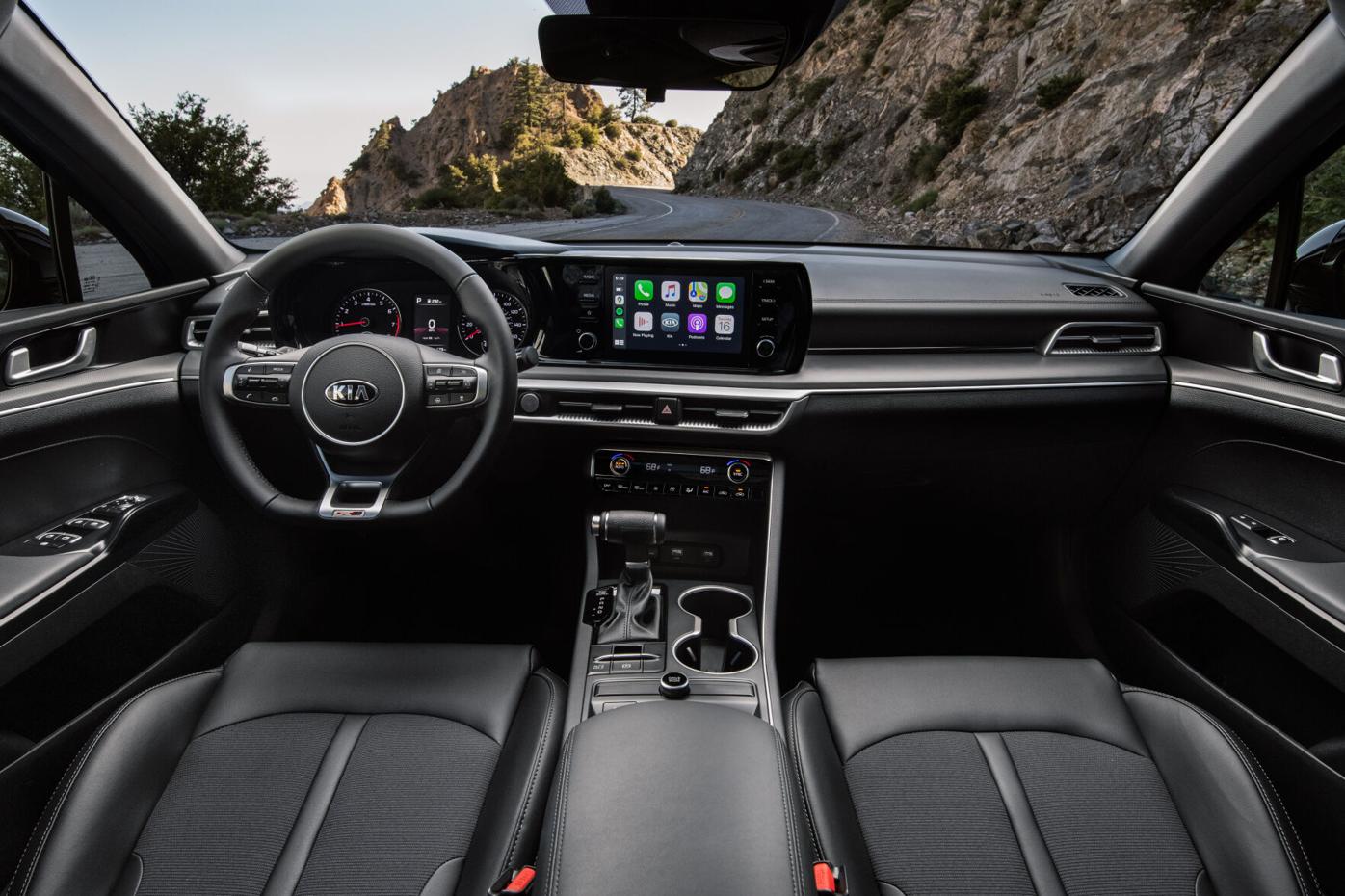 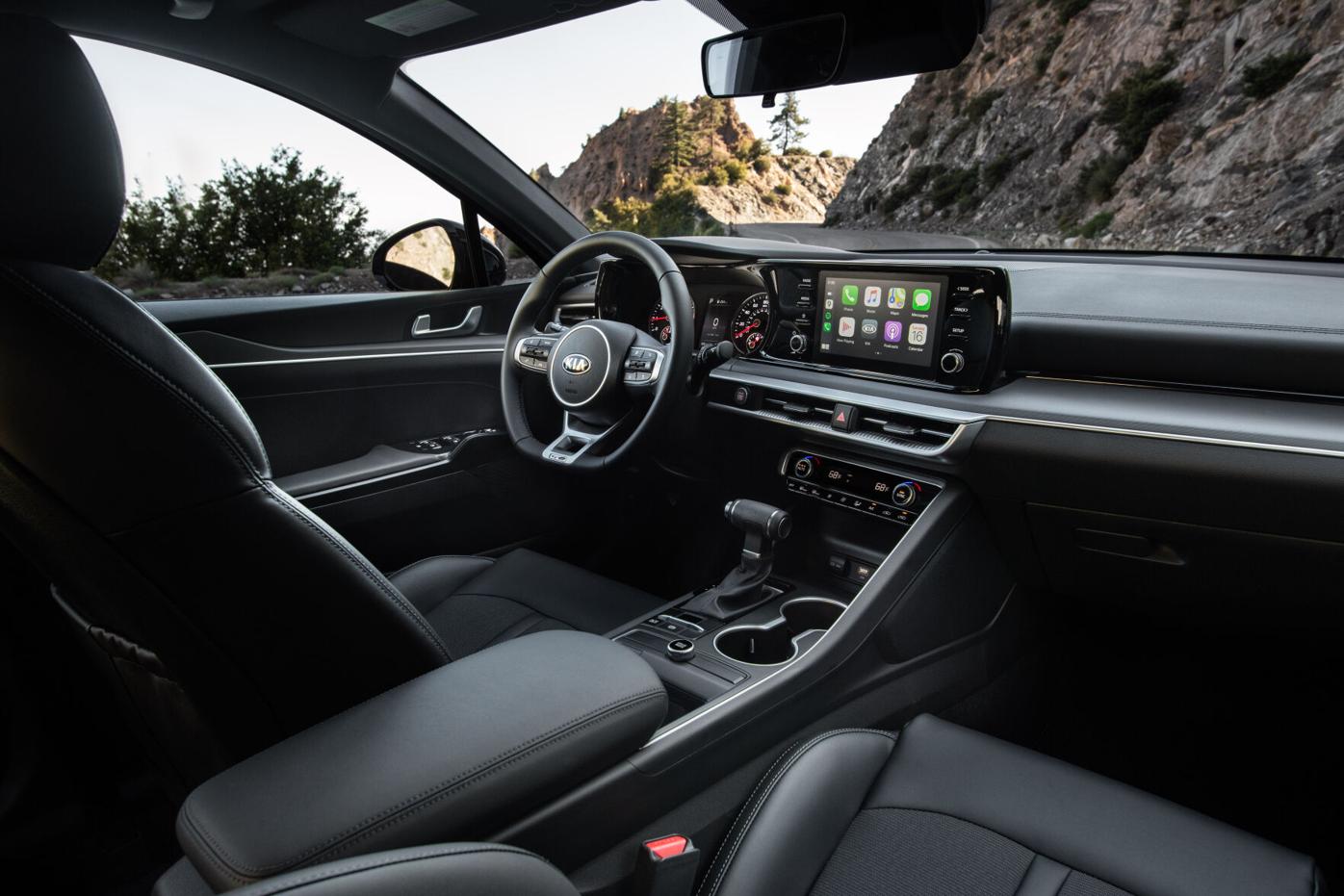 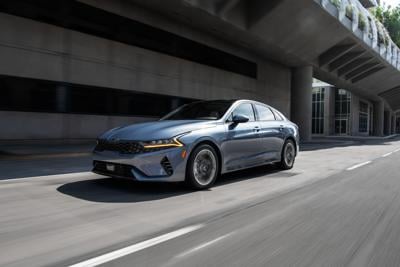 In the summer of 2006, I experienced a level of excitement that is incomparable with anything else, good or bad, that has happened in my 31 years of life — my license came in the mail.

Oh sure, it may not be the most significant event of my life so far. My marriage and the birth of my daughter are assuredly higher on the scale of importance, but my nuptials came with a feeling of sheer happiness, and I’d associate my daughter’s birth with complete terror and sheer happiness. But mostly terror.

Receiving your license as a 16-year-old is so incredibly exciting because of the possibilities afforded when a teen finally has that bit of plastic hit his or her hand. Freedom of the open road. An independence that, up to that point, few have experienced in their lifetime. The opportunity to begin charting one’s own path. God, it’s all just so damn exhilarating.

But so few things can damper the excitement of having your newly minted license in hand like subsequently being handed the keys to a Kia. At least in 2006.

Fifteen years ago, Kia was synonymous with budget rental car services and an overall cheapness that would make manufacturers of wish.com products blush.

But about a year after my license carved a permanent outline in my wallet, in came the dancing hamsters, and the Kia revolution began.

Kia has undergone a seismic shift in improvement over the last 15 years. Okay, not all of it comes down to the animatronic, dancing hamsters that came along with the introduction of the Soul. Billions have been invested into improving the company, big players in the automotive industry have come to roost with the brand and the company’s partnership with Hyundai has proved fruitful. But I’m sticking with my hamster theory.

Recently, Kia has been serving up hits like the songs used in those ads. The Telluride has racked up awards, and rightly so as a hugely practical, tech-laden, comfortable three-row that rivals luxury offerings while slashing the price point typically associated with such a ride. The whole lineup is being refreshed, the Stinger has put some pop in the sport sedan market, the Soul continues to be a hit, and new offerings like the Cadenza, K900 and Seltos are being generally well received. (SELTOS REVIEW HERE).

Another “new” offering is the 2021 K5, a revamped Optima that now wears a new name badge here in the states to align the mid-sized sedan’s namesake with the rest of the world.

Along with a new moniker, the K5 sports radically updated styling, a new transmission, available all-wheel drive, a more powerful optional engine and upgraded features. And like the Kia’s of late, it is strong contender in its market.

Good or bad, the K5 is easy to spot with its bold styling, highlighted by its “tiger nose” mesh grille, sharply angled running lights, faux vents on the fascia, fastback roof and LED dashed lights spanning the rear deck lid. It all comes together for an aggressive look that may be too much for some, but I’m in the “fan” camp.

The interior is more subdued and comes with an upscale appearance for the K5’s price point. Wood and metallic trim accentuate driver-focused dash, piano-black trim surrounds the door panels and center console, and a 10.25-inch touchscreen, usually reserved for luxury offerings and trucks, can be had along with leatherette seating. Also available in higher trims are ambient interior lighting, panoramic sunroof, wireless charging, head up display and heated/ventilated front seats and warming rear seats.

There are still swaths of hard plastics serving as a reminder this car starts under $23,500, but most of the unpleasant bits are in lesser-touched areas like the lower doors and sides of the center console.

Kia has fitted a good dose of sound-deadening materials to quiet the cabin, and space is ample for a mid-sized, particularly in the rear. The well-sized trunk will accommodate 16-cubic feet of stuff.

A 290-horspower 2.5-liter turbo four-cylinder is available in GT models, but all others are propelled by a 1.6-liter turbo serving up 180 horses and 195 lb.-ft. of torque.

While I haven’t had a go with the more powerful engine, the 1.6-liter is well-suited for the everyday trek. While there is a bit to be desired under hard acceleration, the 1.6 serves up agreeable power for most driving situations and returns a respectable 31 combined mpg (27 city/37 highway).

Steering and brake feel are appropriate for a family sedan. Steering is on the light side, though not totally disconnected from the front wheels, and the brake pedal gives some resistance.

Perhaps the K5’s biggest downfall, however, is the 8-speed automatic. GT models get a dual clutch auto, but all others receive the 8-speed, which is particularly clunky. At lower speeds, the auto can’t seem to make up its mind, shifting between gears and back again like a cat deciding whether or not it wants to be outside or not. This is especially annoying around town with inconsistent speeds or in stop-and-slow traffic. Even shifts at highway speeds sometimes come with the grace of a toddler learning to walk on ice.

Those who can overlook the bunglesome nature of the K5’s transmission, or those who can learn to ignore it, do get the benefit of plenty of tech and driver aids.

An 8-inch touchscreen is standard and uses Kia’s intuitive infotainment system with a choice of analog or digital controls for common inputs. Apple CarPlay and Android Auto wireless compatibility are standard, but curiously enough, models with the 10.25-inch screen will still need to plug in via wire to use the programs.

Two easily accessible USB ports are installed in the front with the option to add two more for the rear seats.

Opting for mid-level EX trim bumps the asking price to $27,990, but the upgrade comes with a horde of added features and creature comforts that ultimately presents a bit of a bargain.

GT models with the turbocharged engine ring in at $30,490, and all-wheel drive can be had in LXS or GT-Line models.

Like many of its Kia stablemates, there is a lot to like about the K5, from its upmarket cabin, agreeable price, everyday practicality and the added bonus of one of the best powertrain coverage warranties available (limited warranty of five years or 60,000 miles, powertrain warranty covers 10 years or 10,000 miles).

The K5 does have it shortfalls, particularly an annoying transmission, but one doesn’t need a swarm of dancing hamsters to see that the updated Optima is a solid mid-sized offering.

Overall: Despite some grievances, the K5 is another solid offering from Kia as the brand continues to improve upon itself.