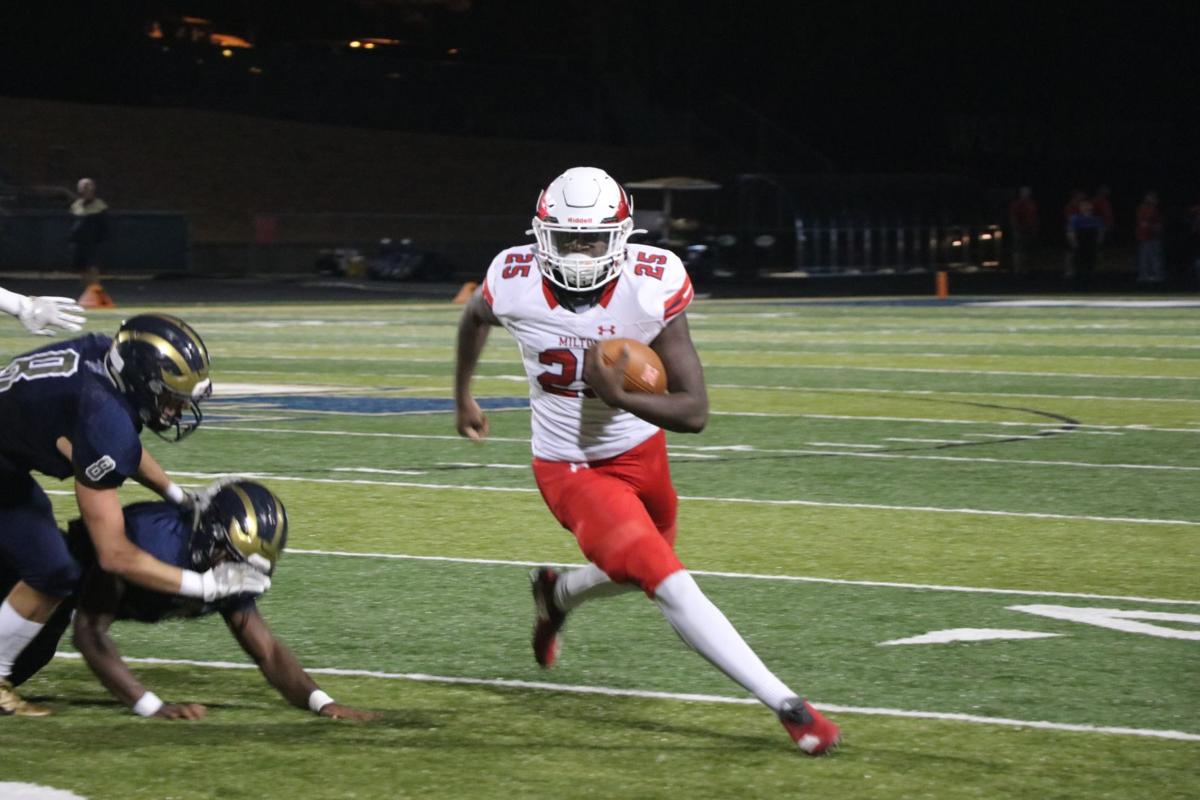 Milton's Jordan McDonald rushes past West defenders on his way to the end zone in the Eagles' 34-7 win. 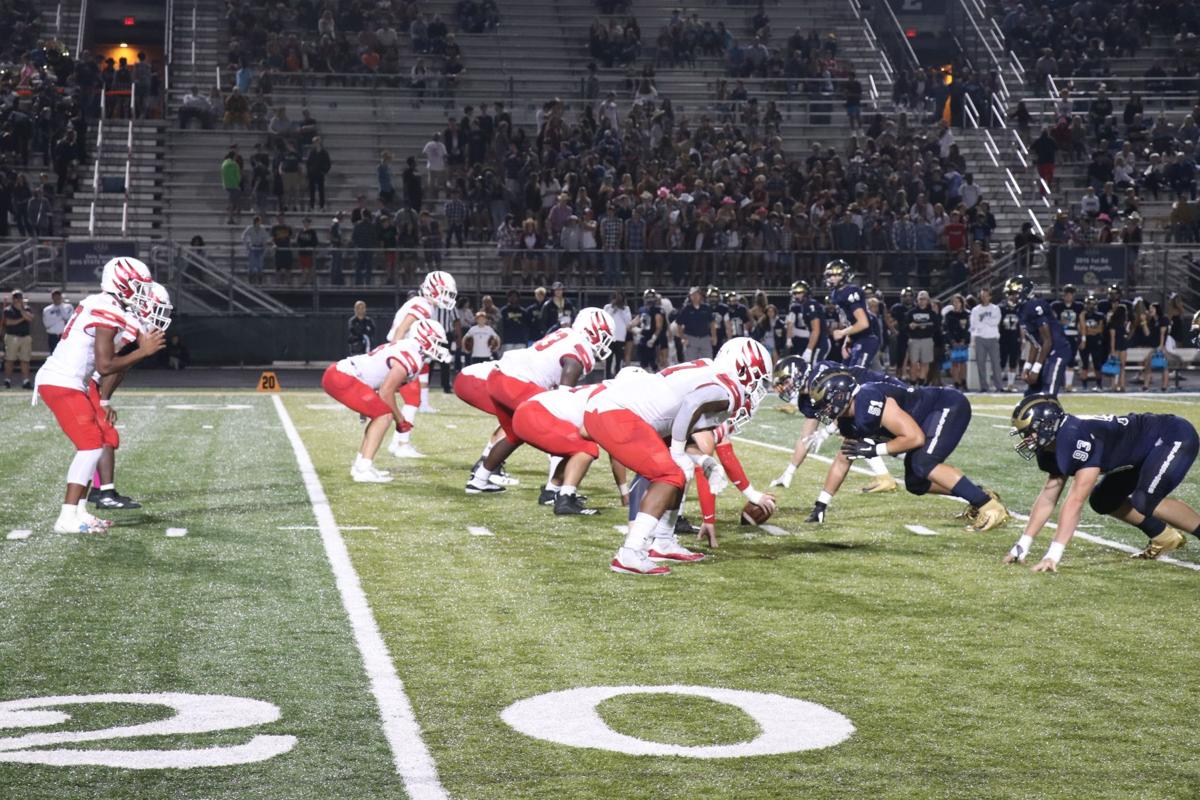 Milton used four offensive scores and a fumble recovered for a touchdown to lead 34-0 at the half.

Milton's Jordan McDonald rushes past West defenders on his way to the end zone in the Eagles' 34-7 win.

Milton used four offensive scores and a fumble recovered for a touchdown to lead 34-0 at the half.

FORSYTH COUNTY, Ga. — Both Milton and West Forsyth played tough non-region schedules to open this season, and both entered their Friday matchup with losing records. As disappointing as those opening games might have been, the final scores were not too important. Friday’s matchup at West was the first region game of the season for both squads, and at the end of the regular season, region games determine who makes it to the state playoffs and who stays home.

With both teams hungry to start their region schedules with a win, Milton earned a decisive victory over the Wolverines in a battle of the region’s top two teams from 2018.

“I’m just proud of our guys,” Milton head coach Adam Clack said. “We preached urgency all week. In games like this, you want to come out and set the tone early. Offense, defense and special teams, I felt, all made an impact right there in the first quarter.”

Milton received the ball to start the game, and the Eagles wasted no time in creating a lead.

Sophomore quarterback Devin Farrell ran for a 24-yard touchdown, capping off a 69-yard, five-minute scoring drive for the Eagles.

West Forsyth (1-4, 0-1) went three-and-out on its first drive, and on the Eagles’ ensuing possession, senior running back Ahmad Junearick burst through the middle of the offensive line and ran 68 yards for a touchdown.

In an unexpected move, Milton elected to go for an onside kick while up 14-0 in the first quarter. The decision by Clack paid off with the Eagles recovering the kick near midfield.

“I took that opportunity with the momentum and the defense playing well to show the kids that when we talk about something and practice it, we’ll follow through on it,” Clack said. “And if we didn’t get it, I felt good that our defense could play right there. But I knew that was an opportunity to really seize some momentum.”

The Eagles had all the momentum after recovering the kick and poured it on. Farrell tossed a 44-yard touchdown down the sideline to Garrett Smalley on the first play of the Milton drive. The extra-point attempt was blocked by the Wolverines, but Milton still led 20-0 with over three minutes remaining in the first quarter.

West Forsyth’s offense began to roll in the second quarter with juniors Drew Southern at quarterback and Daba Fofana at running back. Starting at their own 21-yard line, the Wolverines worked their way down inside the 5-yard line of Milton. Looking to cut Milton’s lead, Southern and Fofana fumbled the handoff, and Milton’s Jackson Slaton picked up the ball and ran it back all the way for an Eagles touchdown.

When the Wolverines got the ball back, they turned it over again. This time, Troy Artis came up with an interception, and the Milton offense took over up 27-0 late in the first half.

Sophomore running back Jordan McDonald took the handoff and ran 34 yards for a touchdown. Those were the last points Milton would score on the night, but they had amassed more than enough for the win.

The Wolverines avoided the shutout behind a 25-yard touchdown pass from Southern to Casey Cowart in the fourth quarter, the only score for the home team.