Starting at
$9.99 for 30 days
Get Started
View all rates
You are the owner of this article.
Edit Article Add New Article
Home
Publications
Calendar
News
Opinion
Podcasts
Submit
Announcements
Classifieds
Legal Notices
Obituaries
About Us
Advertise 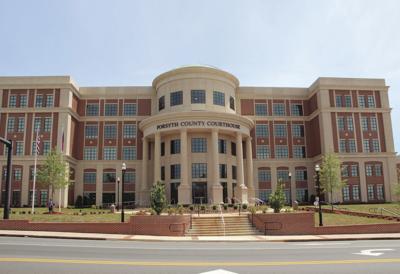 FORSYTH COUNTY, Ga. — Forsyth County is the richest of county in Georgia, according to a new study by a financial news and opinion website.

The website, 24/7, created a weighted index of 26 factors and divided them into four categories — affordability, economy, quality of life and community — in order to determine each state’s best city in which to live.

Forsyth’s unemployment rate fell below the state’s average, and its high percentage of adult residents with a bachelor’s degree put it at the top of the list of wealthiest counties in rankings according to the study.

Frank Herbert, American science-fiction author best known for the novel “Dune” and its five sequels, once said "There is no real ending. It's …

To determine the richest county in each state, the site looked at annual household income in more than 2,000 counties nationwide using five-year estimates from the U.S. Census Bureau.

The study also looked at the percentage of adults in each country with a bachelor’s degree or higher, local poverty rates and median household income.

Mayor Brumbalow looks ahead to 2020

Forsyth County ranked eighth in a list of the top 10 richest counties in some of the country’s largest states, according to the report. California’s Santa Clara County was first, followed by Fort Bend County, Texas, and St. John’s County, Florida was the third highest. New York’s Nassau County was fourth, followed by Chester County, Pennsylvania, then Kendall County Illinois and Delaware County in Ohio.