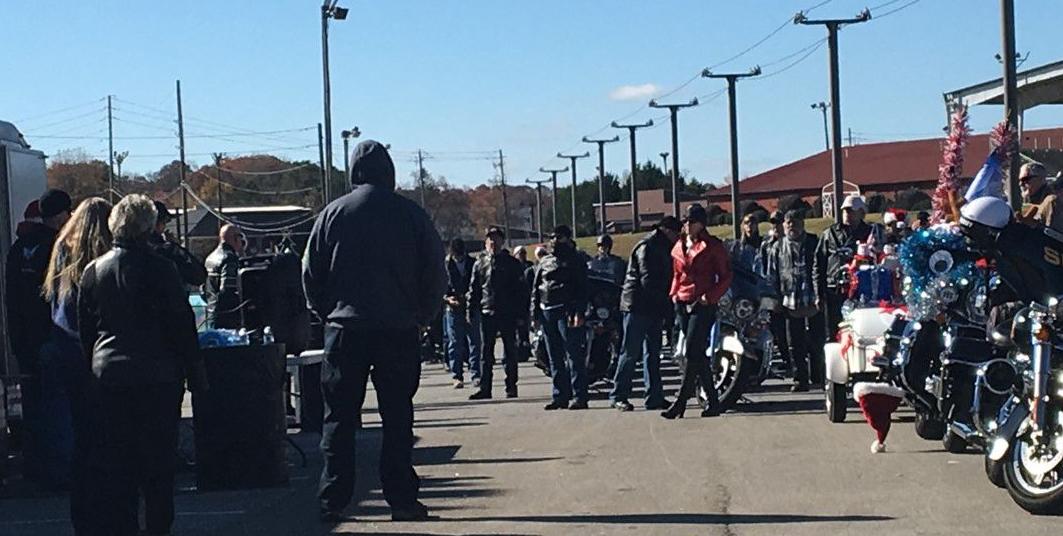 Bikers gather for last minute instructions before heading to Dawsonville on the first leg of their ride north. 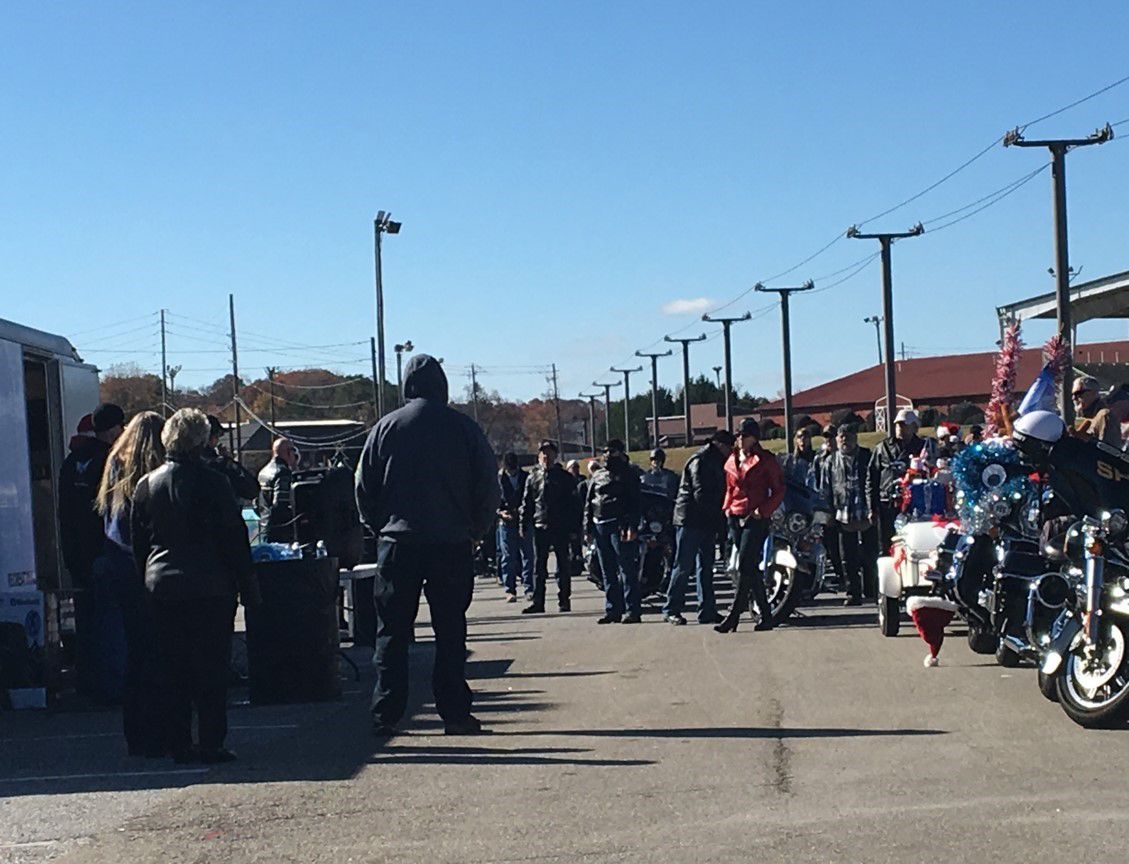 Bikers gather for last minute instructions before heading to Dawsonville on the first leg of their ride north.

Registration was one gift — or gift card — for each stop on the ride: Forsyth County, Dawson County and Lumpkin County.

For those who preferred to not make the trek or preferred to travel without donations, trailers were at the fairgrounds to gather donations which would later be distributed to a nonprofit in each of the three counties.

Donuts, coffee and hot chocolate were on hand to warm the hands of riders, but their hearts were already pretty warm.

“All kids deserve something, something nice for Christmas,” said Don Bailey of Forsyth County who was participating in his fifth ride.

Donna Reese came with $200-$300 worth of stuffed animals on her bike. The petite resident of Acworth had them stuffed in a bag and dozens more fastened with bungee cords to her motorcycle. In a trunk-like compartment she had a large stack of coloring books.

“I don’t know how many there are, I just kept grabbing them and stuffing them behind the bungee cords,” Reese said giggling. “I told them to hold on tight and not to fall off on the highway.”

Others milled about, sharing stories of previous rides and memories of Buck Jones, the ride’s namesake, like the time Don Parkinson accidently created a flier for the Buck Jones Memorial ride and Jones was still alive.

When they arrived at Dawsonville City Hall, riders dined on pinto beans and cornbread. Some lucky riders were served by Mrs. Claus.

There have been as many as 600 riders participating in the holiday ride, according to Parkinson who has been involved since the beginning. Typical participation is 165-235, except for the year there was five.

“It was about 5 or 6 years ago, it was pouring, and there was about five riders,” Parkinson said. “They made it to Dawsonville and some dropped out.”

One of those finishers was Steven Jones, Buck’s son.

Treva, now 80, loves to come out for the ride. She’s greeted with hugs and well wishes from many of the riders.

“I think it’s wonderful, I think it’s awesome,” she said. “It just thrills my heart to know that the dream that Buck had 20-some years ago is still being carried on.”

The day was a milestone for the petite South Carolina native.

Twenty-one years ago, she was diagnosed with thrombotic thrombocytopenic purpura (TTP) a rare blood disease.

“Buck came home from the ride that year and took me to the hospital where doctors told me if I’d waited until the next day, I’d be in heaven,” she said. “It’s a time of praise for what God has done for me. It’s a double Thanksgiving for me.”

And what would Buck think of the 200 riders gathered that brisk November afternoon in his honor?

“Buck would be so thrilled because he had a passion for the children,” Treva said. “He knows today. Buck’s in heaven, and he knows what’s going on today. I’m just so thankful to everybody that came out to contribute their time.”

G&G Cycles of Roswell sponsored the event because, as owner Shawn Guinther said, “I love kids” and many of the riders were his customers.

“I love to give to less fortunate kids that can’t have gifts for Christmas,” he said.