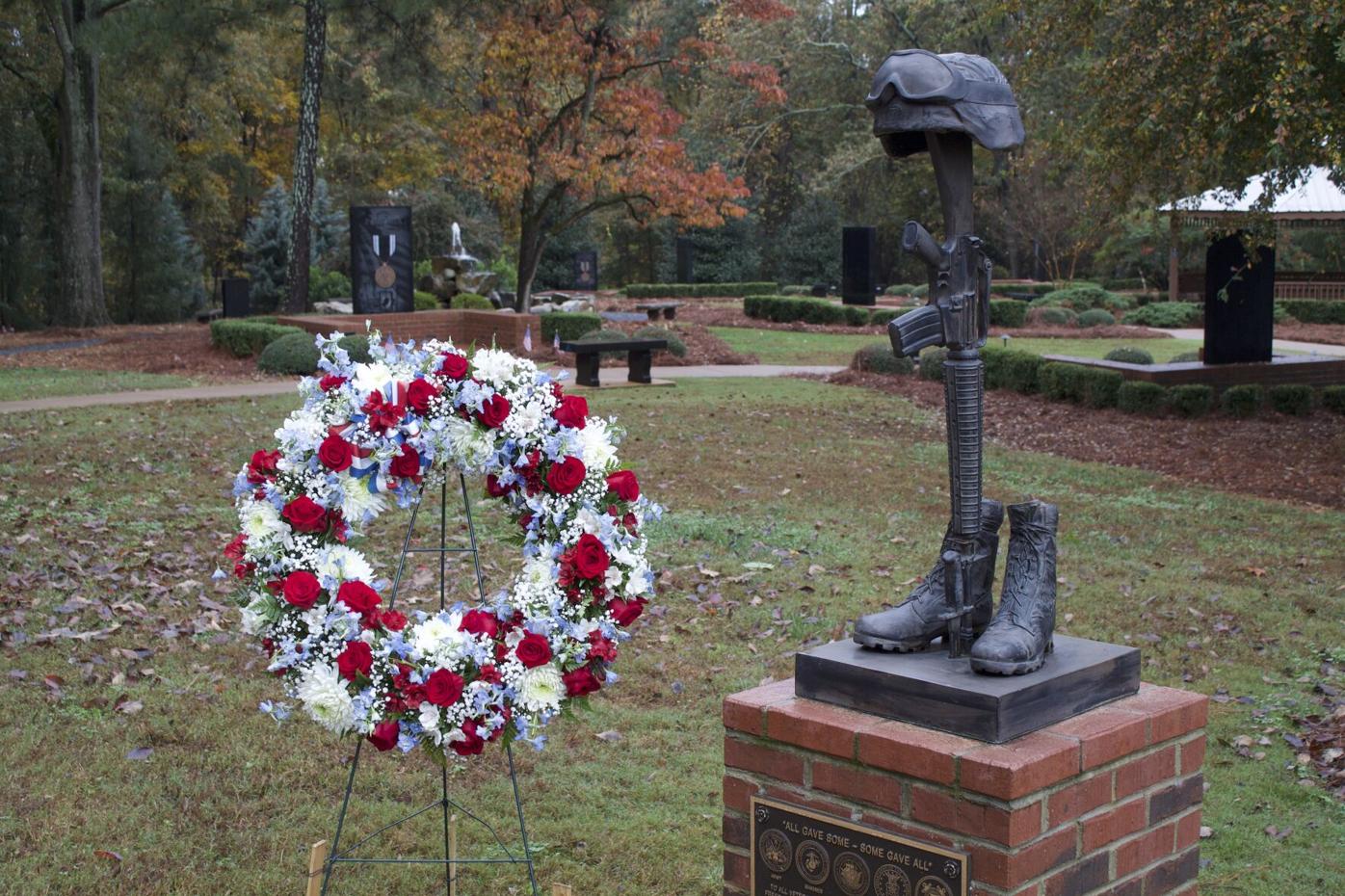 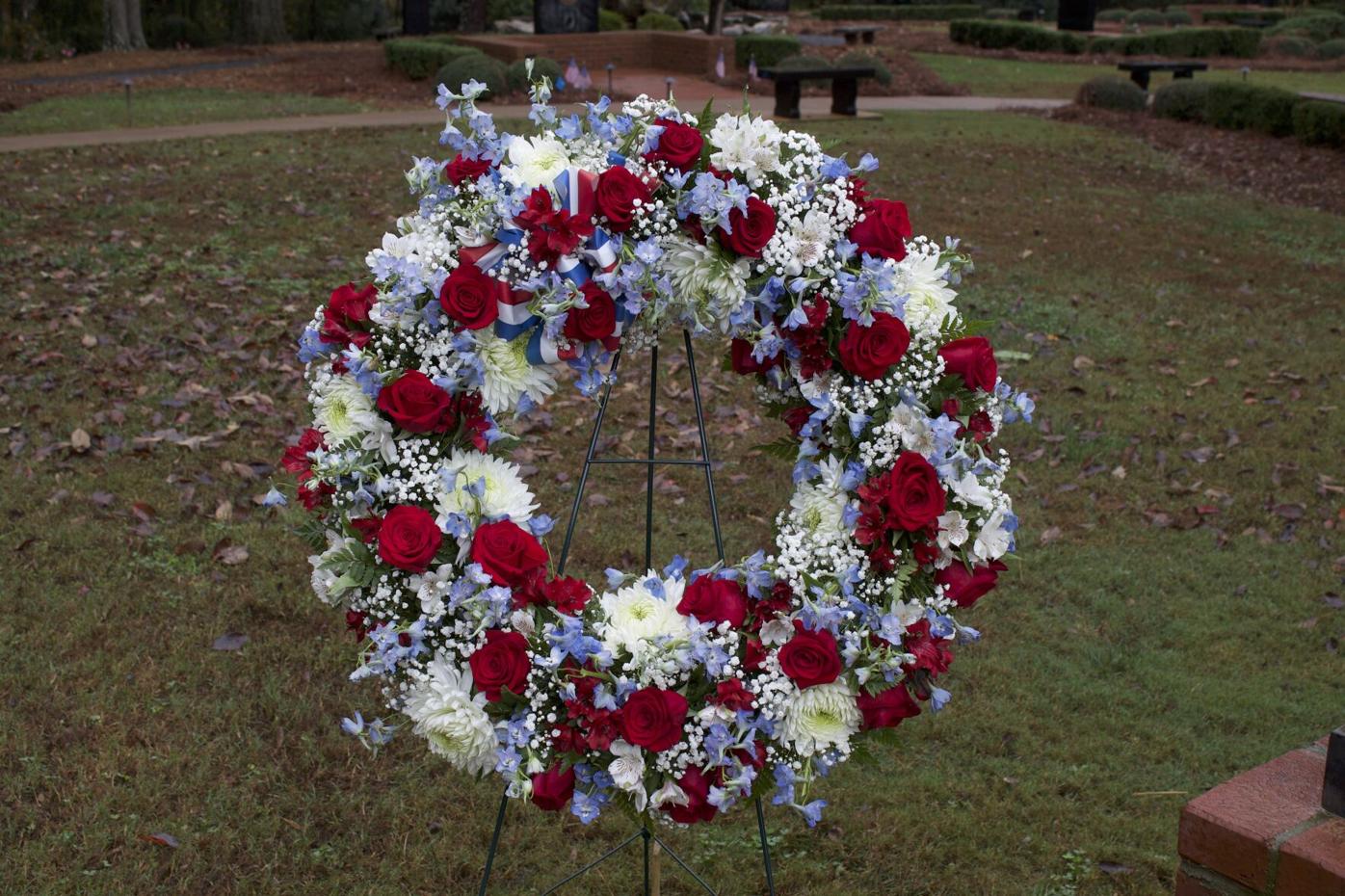 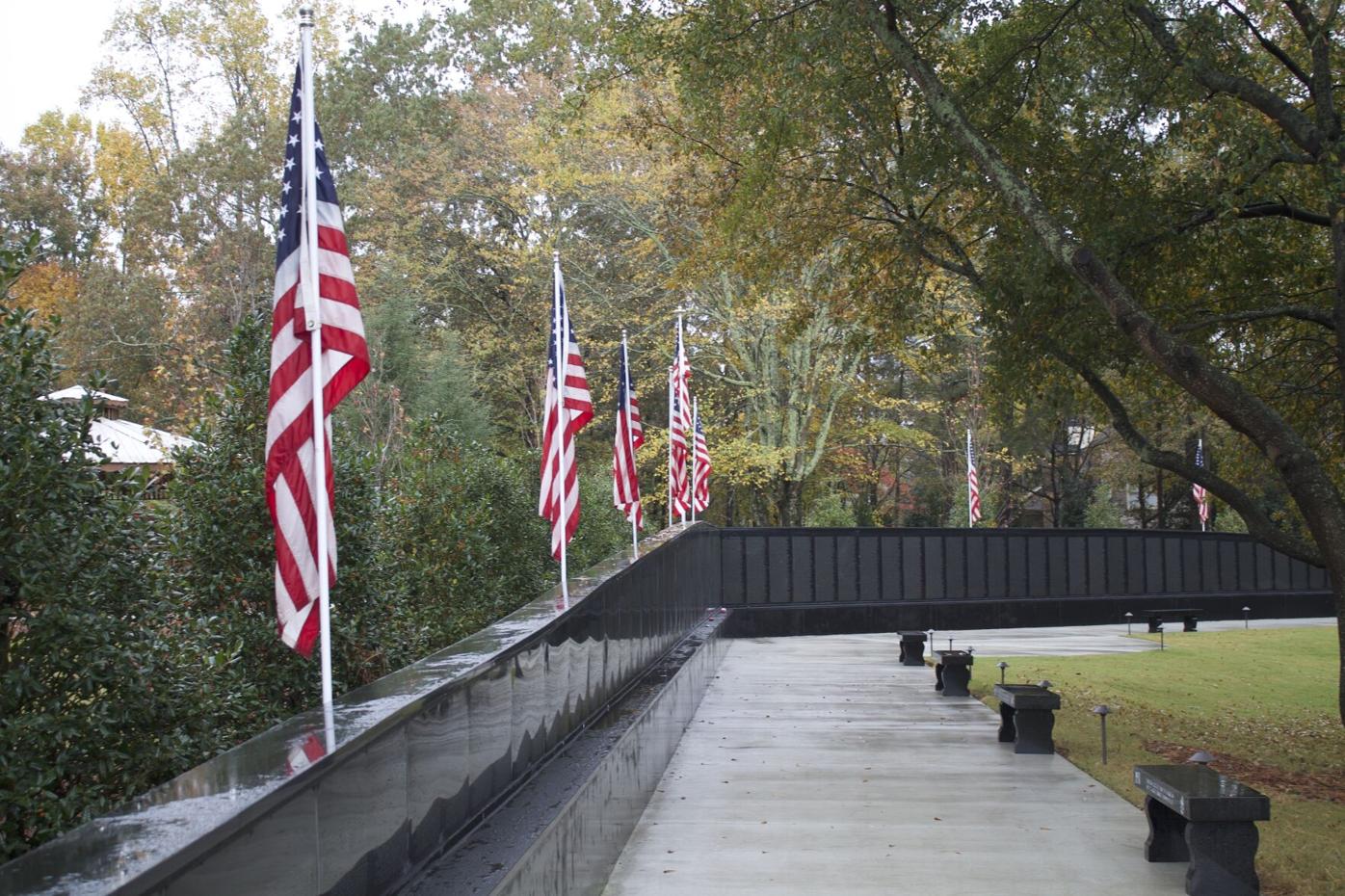 JOHNS CREEK, Ga. — About a dozen veterans gathered at Newtown Park Nov. 11 for a ceremony to honor those who have served in the U.S. armed forces.

Johns Creek Newtown Park is home to the 4-acre Veterans Memorial Walk and the Wall That Heals. The walk features a trail with black, granite monuments recognizing each conflict involving American armed forces since World War I. It also includes special monuments to Purple Heart recipients, POW/MIAs and women in service. The City of Johns Creek laid a wreath at the entryway of the Veterans Memorial Walk in honor of Veterans Day.

Johns Creek acquired The Wall That Heals, a 250-foot replica of the Washington D.C. Vietnam Veterans Memorial, in March.

Quartermaster Bill Howell, a member of the Johns Creek Veterans Association, led the ceremony at the World War I monument.

“Johns Creek Veterans Association is all about celebrating military history and honoring veterans, that’s our mission,” Howell said. “We also have a social mission which is to support each other. They really miss their military friends and military camaraderie. So, it’s important that we support each other.”

Following the ringing of the bell, Capt. Harold Earls and 1st Sgt. Dennis Palmer laid a wreath on the World War I monument.

Palmer, who served for 27 years and in 11 different countries, explained that while COVID may have changed his normal observance of Veterans Day, he still planned to visit and speak with veterans and let them know that they are appreciated and remembered.

“Freedom ain’t free,” Palmer said. “We want to make sure that all these veterans know they aren’t forgotten and they are appreciated, that’s what this day is all about.”

To accompany the veteran’s ceremony, the Johns Creek Symphony hosted the Midtown Brass Quintet to play in the gazebo on the memorial walk.

Col. Mike Mizell, president of the Johns Creek Veterans Association, said because of COVID concerns the ceremony had to be kept small with no public invitations, but he hopes to host future ceremonies in the park.

“I’ve gotten many phone calls from other veterans asking me when we are going to do something here at the Wall That Heals,” Mizell said. “We will work closely with Johns Creek officials to host ceremonies applicable for each designated veterans’ anniversary while being as responsible as we can to comply with COVID-19 restrictions.”

Mizell expects that Newtown Park will be a spot for future Veterans Day ceremonies for veterans throughout Georgia. The Johns Creek Veterans Association plans to host a ceremony in March for Vietnam Veterans Day.

Milton piano virtuoso to showcase talent for good cause