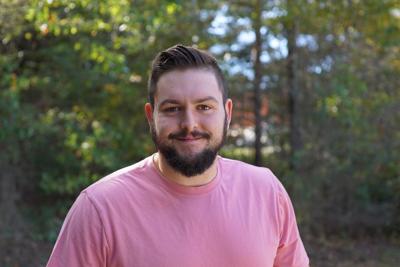 Jon Haley, 28, took massive strides in his drug abuse recovery this year, and has set his sights on another goal — completing a marathon — later this month to continue his mental and physical recovery.

Haley will aim to accomplish his feat in Roswell Jan. 23 at the Thundermeat Endurance Shrinkage event which benefits No Longer Bound, a Cumming-based recovery nonprofit which has steered Haley through his sobriety.

Haley’s endurance challenge to his lungs comes after he spent years using multiple inhalers and medications to mitigate his serious breathing issues. Haley said he could hardly walk down a flight of stairs without stopping, and his inhalers became a lifeline. Even using the bathroom without one on hand was cause for anxiety. Emergency room visits and steroid injections were common, along with cases of bronchitis and pneumonia.

Haley’s breathing troubles were spurred and worsened by his drug addiction.

As a teen, Haley said he was generally a “bad kid,” and he dropped out of high school and began drinking and working. Eventually drinking lost its luster, and around the time he joined the Army National Guard, Haley began using drugs.

He was first introduced to opiates by a cough syrup prescribed to him for a case of bronchitis. When he was 21, he overdosed on the substance and was rushed to the emergency room.

Following his military training, Haley said he was constantly exposed to drugs like MDMA, cocaine and ecstasy and began using the drugs. He also began taking strong opiates like Oxycontin.

“It never really seemed to effect my work, and for a long time, all I cared about was work,” Haley said. “I’m not realizing these drugs are messing up my life, my personal relationships. I was not having the hard consequences or not correlating the consequences that were bad to drug use.”

Around four years ago, Haley began using heroin and his descent into addiction increased.

Haley said his finances were out of control despite his well-paying job.

“I had a good job with good money, but it didn’t matter because it was all gone within a few weeks,” he said.

After titling his car several times and living in his apartment without power, Haley was eventually evicted and began living out of his car. He would park overnight in Kroger parking lots, only leaving his four-wheeled home to use the store’s bathroom and snort cocaine or heroin.

After several short-lived stints of sobriety, spurred by Haley’s family, coworkers and military leaders, Haley arrived at No Longer Bound in October, 2019. After six months, he left the program, but immediately realized he needed to return when he used less than 24 hours after leaving.

“That’s when I understood…I have absolutely no control over this,” he said.

Haley has found his sober self over the last seven months. One way he has done it is through running.

He first began running to get back into shape, but found the activity was also a boon for his mental well-being.

“It provides clarity, a focus,” he said. “Relationships, work, anything stressful I save to think about when running. It’s also my time with God. I’m on autopilot physically, so I can talk to God, get mad, plan my week, work things out that bother me. It allows me to be there for my family, for my brothers and to do well at my job.”

Haley has lost around 50 pounds since hitting the pavement and has gradually increased his speed and stamina. He no longer has breathing issues or requires the use of an inhaler or medications, and he said he is no longer afraid to look in the mirror.

“I feel comfortable, confident and that I can overcome obstacles in my life,” he said.

“I’m not 100 percent sure I can run this marathon, I’m very confident I can,” he said. “I’m not 100 percent sure I can stay sober for the rest of my life, but I know there are things I have to do to accomplish that, and that’s what I try and compare my recovery to, working out and running. It’s kind of hard to see the mental and emotional changes, but not to see the physical changes.”

It is a remarkable change for a man who said his mother was told to go ahead and plan for his funeral years ago, and he is thankful for No Longer Bound and those around him that have guided his recovery.