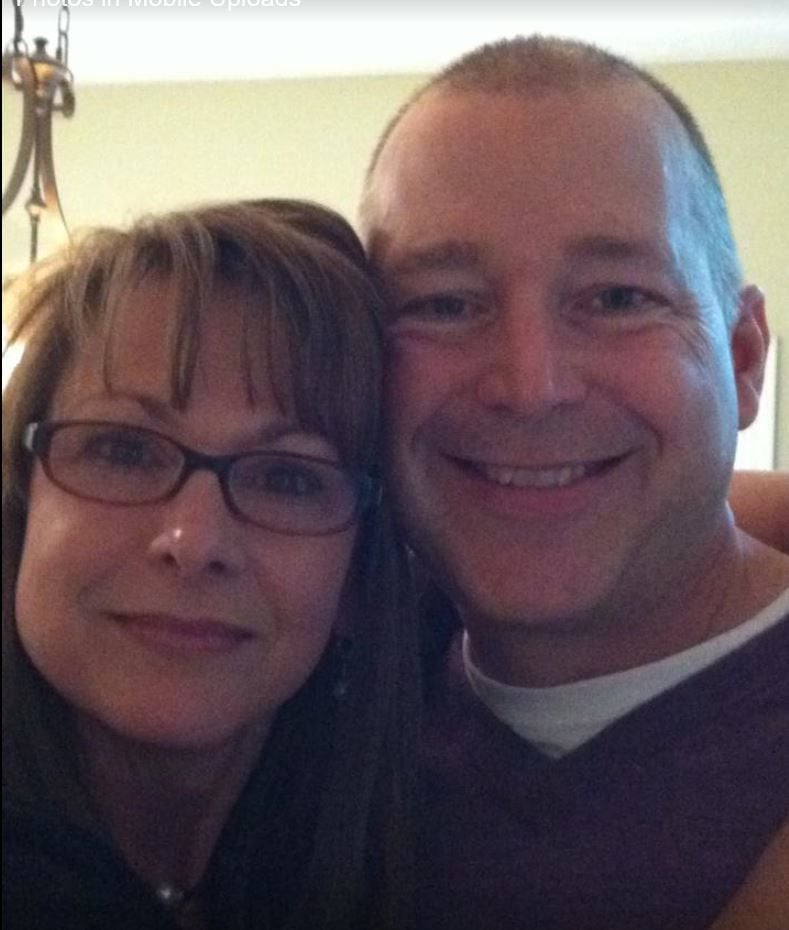 Chip Burger and his wife, Heidi. 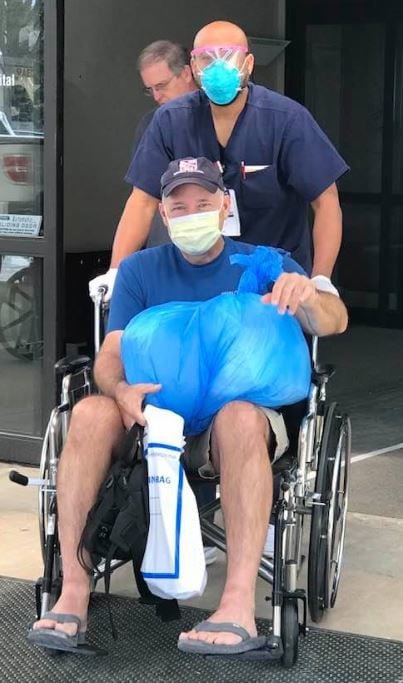 Burger leaves Wellstar North Fulton March 30 after a 9-day hospitalization due to COVID-19.

Chip Burger and his wife, Heidi.

Burger leaves Wellstar North Fulton March 30 after a 9-day hospitalization due to COVID-19.

NORTH FULTON, Ga. — Milton’s Chip Burger, 59, has no pre-existing conditions or underlying health problems. He avoids high-risk behaviors and is in overall good health. However, he said the novel coronavirus still “caught up with him,” and resulted in a nine-day stay at Wellstar North Fulton, much of it spent in the intensive care unit.

Burger, who has now recovered from the virus, is sharing the lessons he learned and thanking all those working on the front lines to fight the pandemic.

Burger said on March 11 he developed a dry cough while at work, and it got worse as the day progressed. He left to work from home as a courtesy to his coworkers, not fearing coronavirus but suspecting it may have been related to an allergy or irritant.

That night, Burger said his wife “banished” him to the downstairs portion of their home.

“That was probably a good thing,” he said.

Over the next few days Burger said he felt fine, but that changed March 15.

“That Sunday I really dropped down a step,” he said. “My energy level was low, and I just wasn’t feeling well.”

Burger continued to feel ill over the next week, and he noticed other symptoms appearing. He said he developed a “crunchy, crackly” sound in his chest when breathing in too deeply or moving a certain way. He lost his appetite and said his sense of taste had changed to where everything he ate tasted unpleasant.

On March 22, Burger went to eat a bowl of his “tried and true” favorite cereal, and the experience was the final push to seek medical attention.

“I took the first bite and it just tasted contaminated,” he said. “I knew what it was supposed to taste like. Between that and the crackly sound in my lungs, I said this has gotten too weird. I was still very weak and run down.”

Burger went to Wellstar Urgent Care where he was told “right away” he had pneumonia.

“They said that’s the crackly sound,” Burger said. “I said, well, that solves that mystery, but when they checked my blood-oxygen level, they freaked out a little bit.”

Burger was immediately sent to the Wellstar North Fulton emergency room. His wife dropped him off at the door, but by the time she parked, Burger had been admitted. He would not see his wife again for more than a week.

‘The ventilator really alarmed me’

Burger spent nine days at Wellstar North Fulton, six of them in the ICU.

When first admitted, Burger said the experience was much like that of the urgent care facility — the medical staff was seriously concerned about his blood-oxygen levels. It was the pneumonia preventing oxygen exchange in his lungs, he said.

Burger was put on oxygen, but he continued to feel extremely weak and tired.

“At one point while they were working on me, the thought occurred to me that I am circling the drain here,” he said.

That was grim enough, but Burger said what truly scared him was the thought of being intubated and put on a ventilator.

“When they first put me on oxygen, the doctor said, ‘You are on oxygen, and if you don’t respond, we will have to intubate you and put you on a ventilator,’” Burger said. “That scared me. The ventilator really alarmed me, so I really focused on breathing as much as I could as the oxygen started my rehabilitation.”

Burger’s health gradually improved, and after six days he was moved out of the ICU. A few days later, he was discharged to continue recovering at home in isolation.

Though it has been weeks since Burger first began feeling symptomatic, he still has a slight cough that flares after he has been talking for an extended time.

Lessons from a survivor

While at Wellstar, Burger stayed in contact with his wife and others close to him through texting, and after his stay, he had documentation of many of the thoughts and feeling he had while battling the worst of the virus. He has since recognized the top 10 things he learned from fighting COVID-19.

First on the list is “don’t overdo it.” Burger said anyone feeling symptoms that have been associated with coronavirus should notify their doctor, take over-the-counter medications and get plenty of rest. The day before his symptoms worsened, Berger said he “overdid it” on projects around the house.

Second is to listen to your body.

“You know when something is going on that’s not right,” he said. “Tell your doctor what is going on and let them make the call.”

Burger also said those with the virus should push for the least invasive treatment option, his being put on oxygen, not a ventilator.

Burger said early on in his ICU stay, he knew his foreseeable future was going to “suck.” His fourth lesson is to embrace it. He describes a bevy of uncomfortable tests conducted and shots in the belly, but said the “suck” is what is going to save you.

“This is where the medical team is getting the vital information they need to help you,” Burger said.

Along similar lines, patients should always take what is offered and do what they are told by medical professionals. Those fighting the virus can also “join the team” while being treated. With hospitals facing shortages of personal protective equipment, Burger would request two cups of water or other ways to limit staff’s number of visits to his room.

Lesson seven is to be kind to hospital staff and understand what they are going through.

As he recovered, Burger began asking staff about other coronavirus patients. Many were treated and released, and there had been plenty of success stories, he was told, but some patients had died.

“I imagine that has to be one of the hardest things for staff,” he said. “Not only are you dealing with a deadly virus, you are seeing it take people. They were heartbroken.”

Finally, be thankful to be alive. No explanation is needed for that lesson, he said.

Taking precautions and giving thanks

For those who have not contracted the novel coronavirus, Burger said people should protect themselves as much as possible.

“Follow the CDC guidelines and other organizations’ safety protocols, and avoid other people,” he said. “But its between panic and complacency. Yes, I got it, and I got it bad, but the majority of people will survive. But don’t be complacent. I was not in a risk category, just a normal guy doing my thing and [the virus] still caught up to me.”

The fight against COVID-19 is far from over, but Burger is grateful for the medical personnel who battled alongside him during his bout.

“I can’t say enough about Wellstar, both the urgent care and hospital, they were great,” he said. “How lucky we are to have that facility in our community. And we should reach out to any who is on the front line or a first responder. Not just medical personnel, but also police, fire, EMTs, social workers and others who are putting themselves at risk trying to help us. That’s the definition of a hero in my book.”