You are the owner of this article.
Edit Article Add New Article
You have permission to edit this article.
Edit
Home
Publications
Calendar
News
Opinion
Podcasts
Submit
Announcements
Classifieds
Obituaries
About Us
Advertise
1 of 5 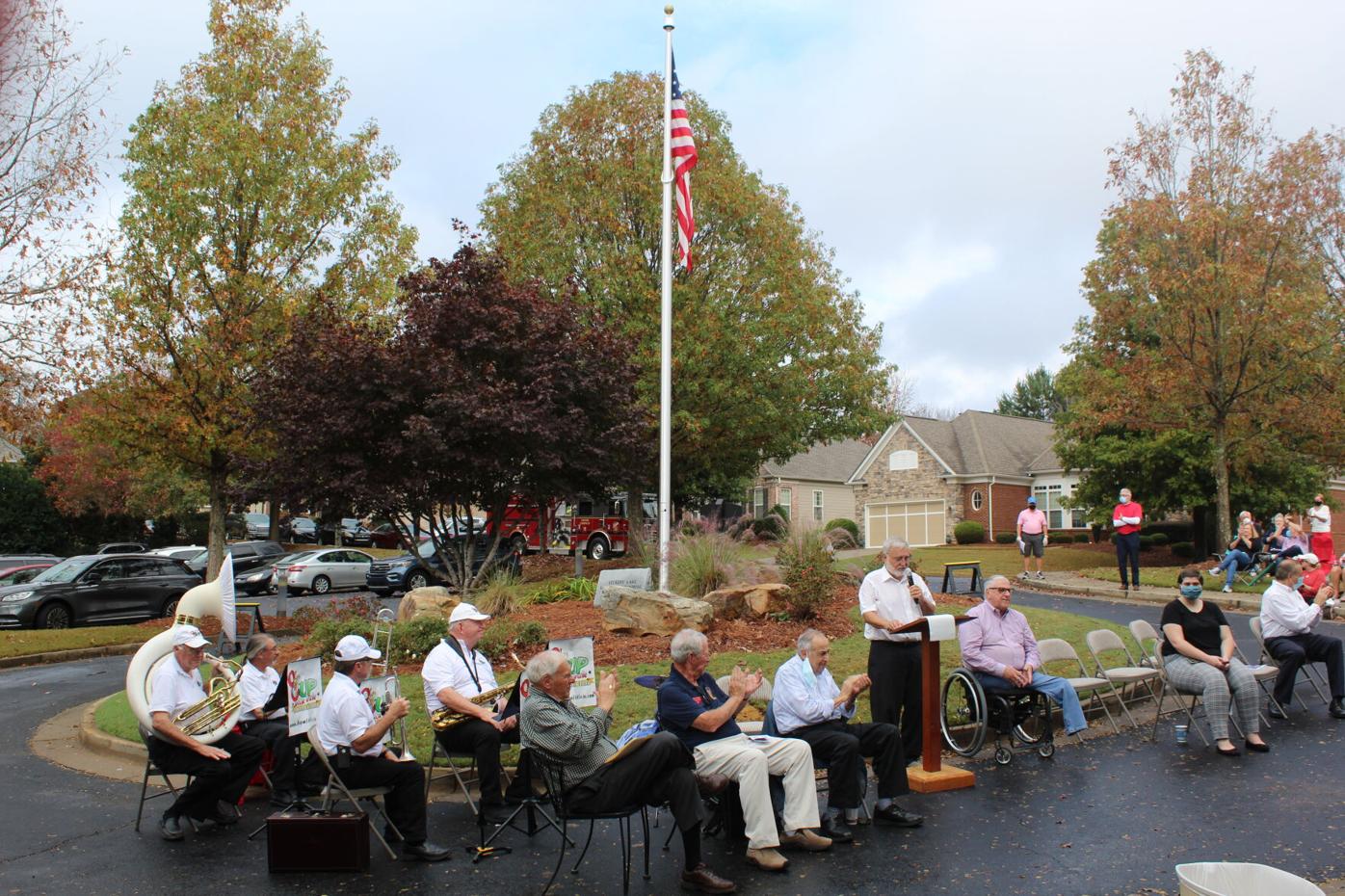 The Vickery Lake neighborhood held a Veteran's Day ceremony Nov. 11 and unveiled a new flagpole and monument dedicated to those who have served in the U.S. military. 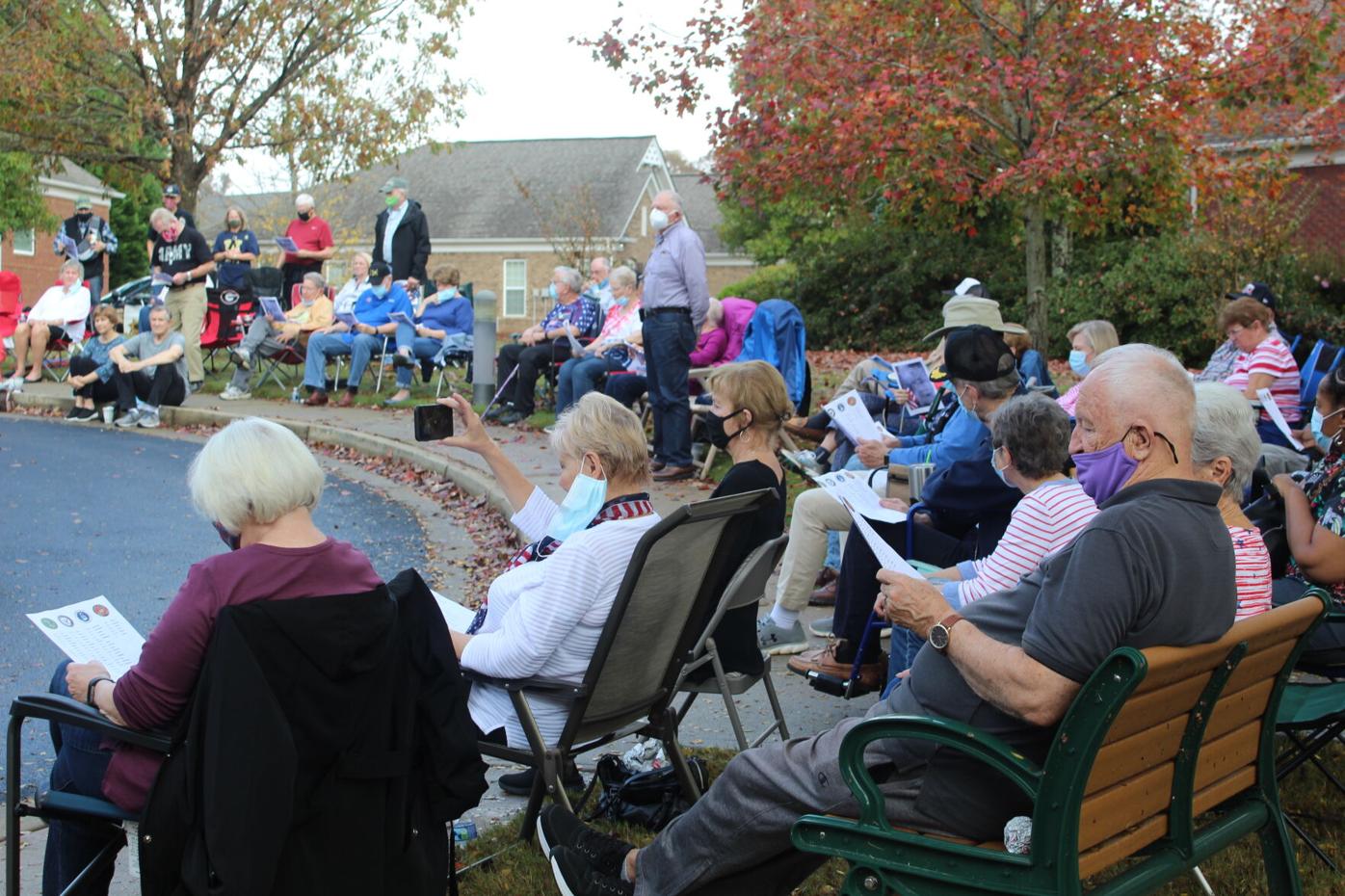 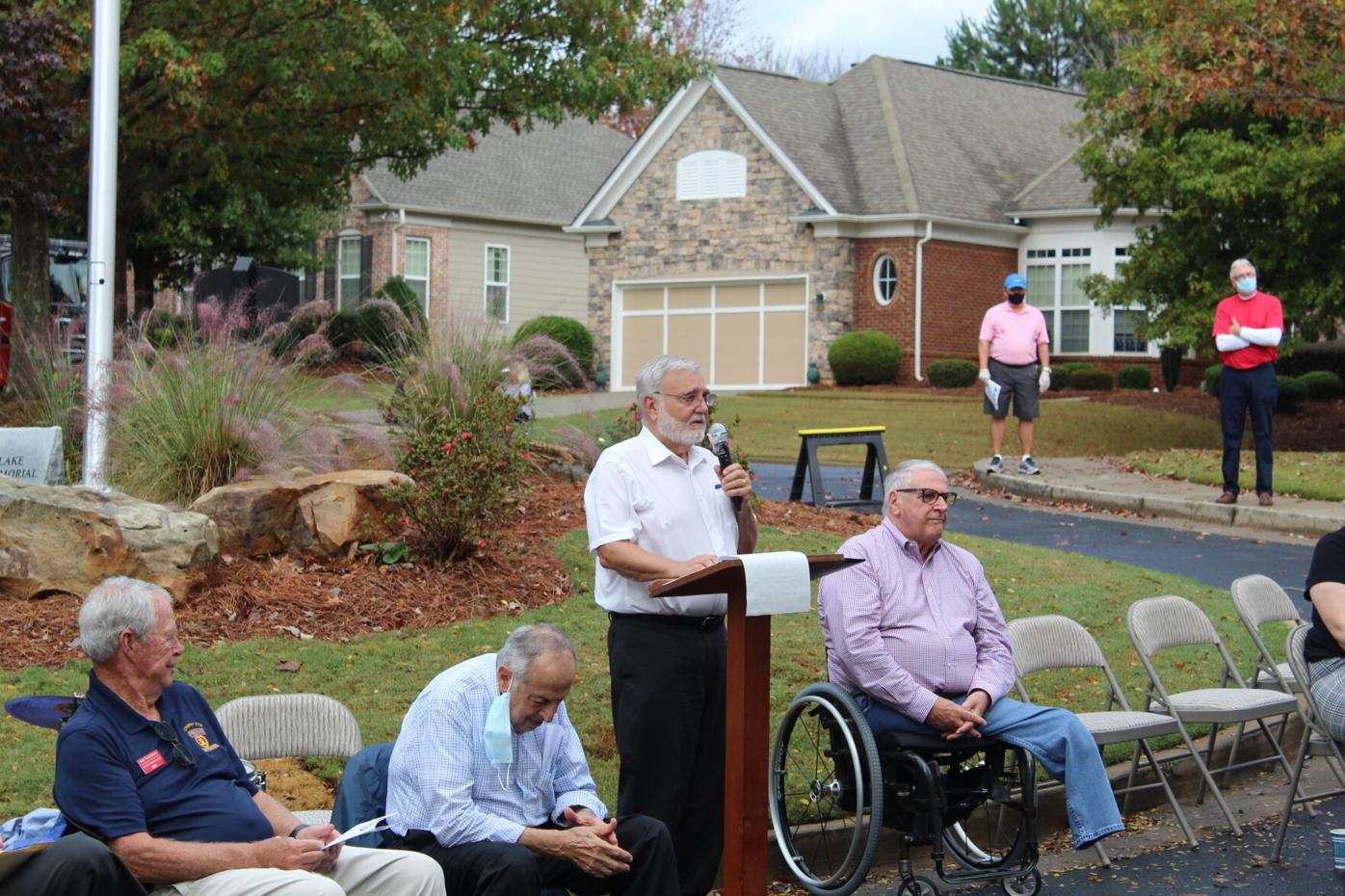 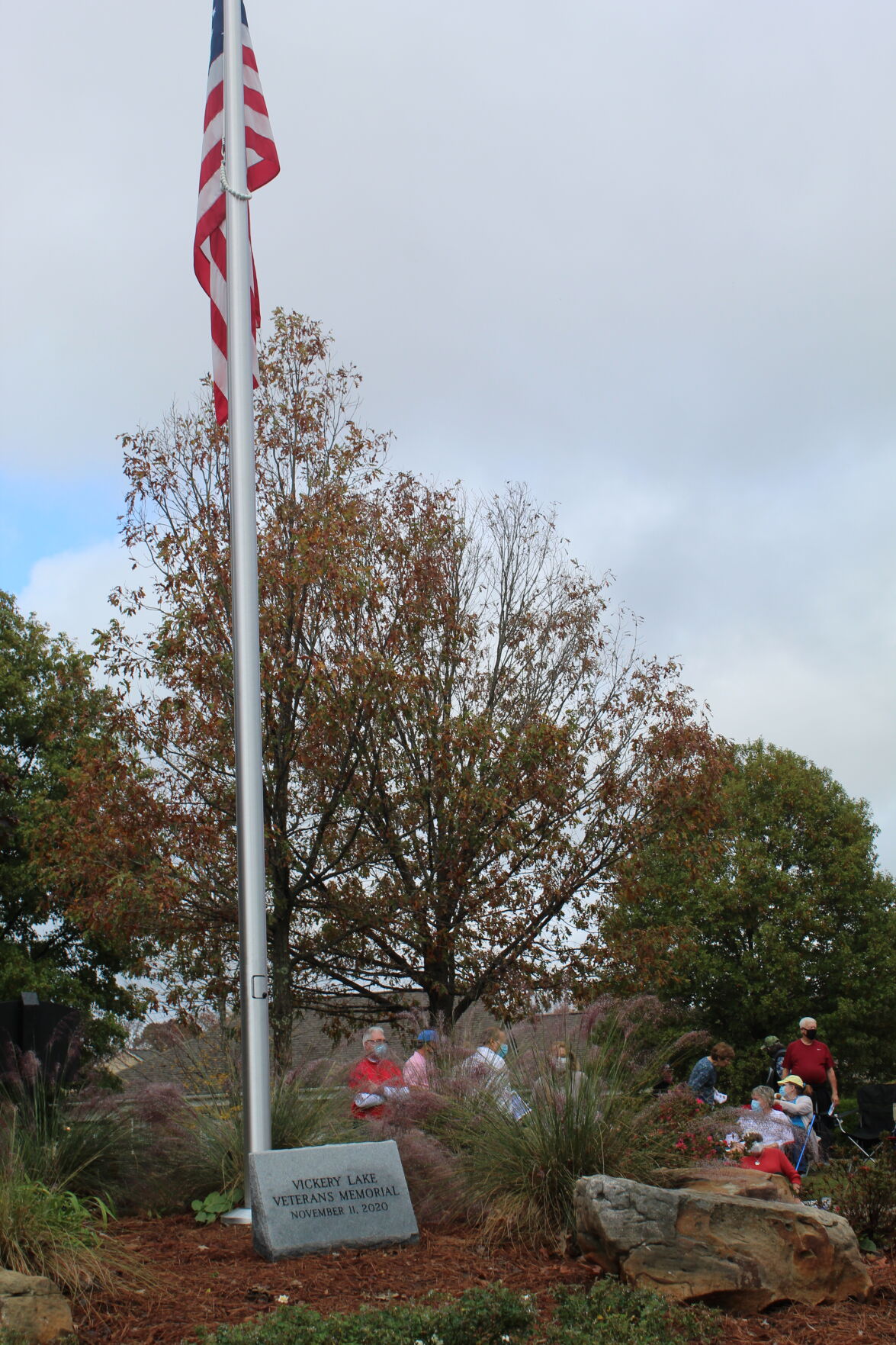 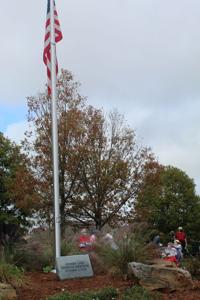 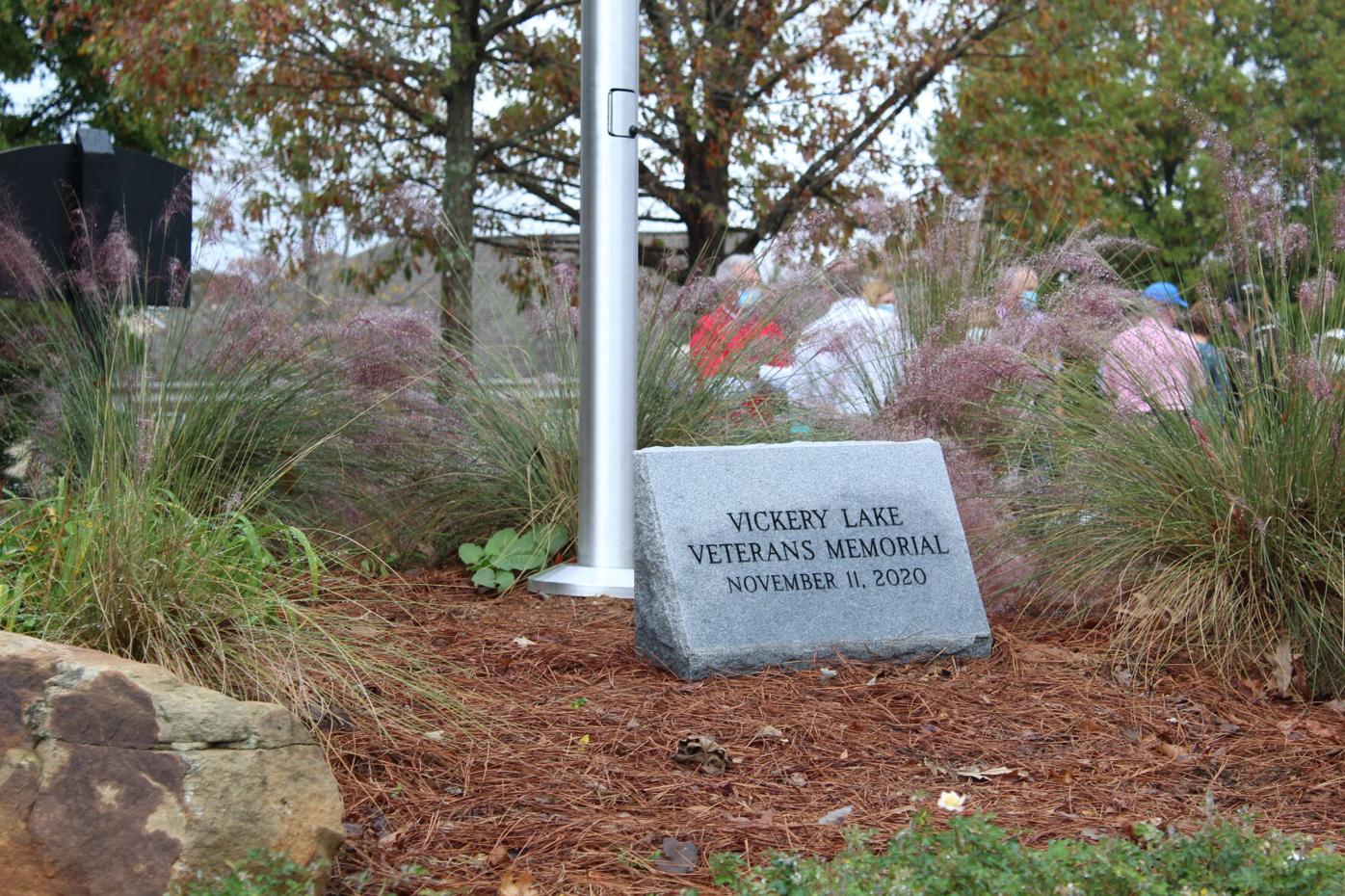 FORSYTH COUNTY, Ga. — About three dozen residents, local officials, first responders and military veterans gathered in the Vickery Lake community Nov. 11 to celebrate those who have served in the military and to showcase a new monument dedicated to their service.

A memorial marking this year’s Veteran’s Day has been placed in a community area of the neighborhood along with a new flag pole displaying the stars and stripes.

The event including a presentation of the colors by the Forsyth County Sheriff’s Office Honor Guard, a keynote speech from veteran Larry Mohler and reading the names of all Vickery Lake residents who served in the Army, Navy, Air Force and Marines. 8Up Horns also played the anthems for each military branch.

Gene Jablonski, a resident of Vickery Lake, spurred the idea to commemorate the nation’s veterans with a flag pole and monument this summer, and the community fully supported the plan.

“The neighbors have shown overwhelmingly positive support,” Jablonski said. “With all the negativity and division in our country, I wanted for us to do something positive. I thought the American flag on a professional pole with a monument at the base was a good way to do that. No matter which way people lean or their politics.”

John Hunt, another resident of the community and Army veteran, said the new beacon in the neighborhood will remind residents each day of the sacrifices and service of veterans.

“It’s something we should be proud of,” Hunt said. “Their service should be recognized, and this is something our neighbors will see every day to remind them.”

Hunt also said that such markers can unite all Americans.

“It is a patriotic thing, and we have kind of lost what I consider patriotism,” Hunt said. “We have been a divided country, and it appears we will be divided a while longer, but I think if more people did things like this it would bring us together.”

“They also sacrifice every day, and keep us safe in this country,” Hunt said. “The veterans allow us to fly the flag, and police and fire protect us to live this privileged life. And, let’s be honest, it is a privileged life.”