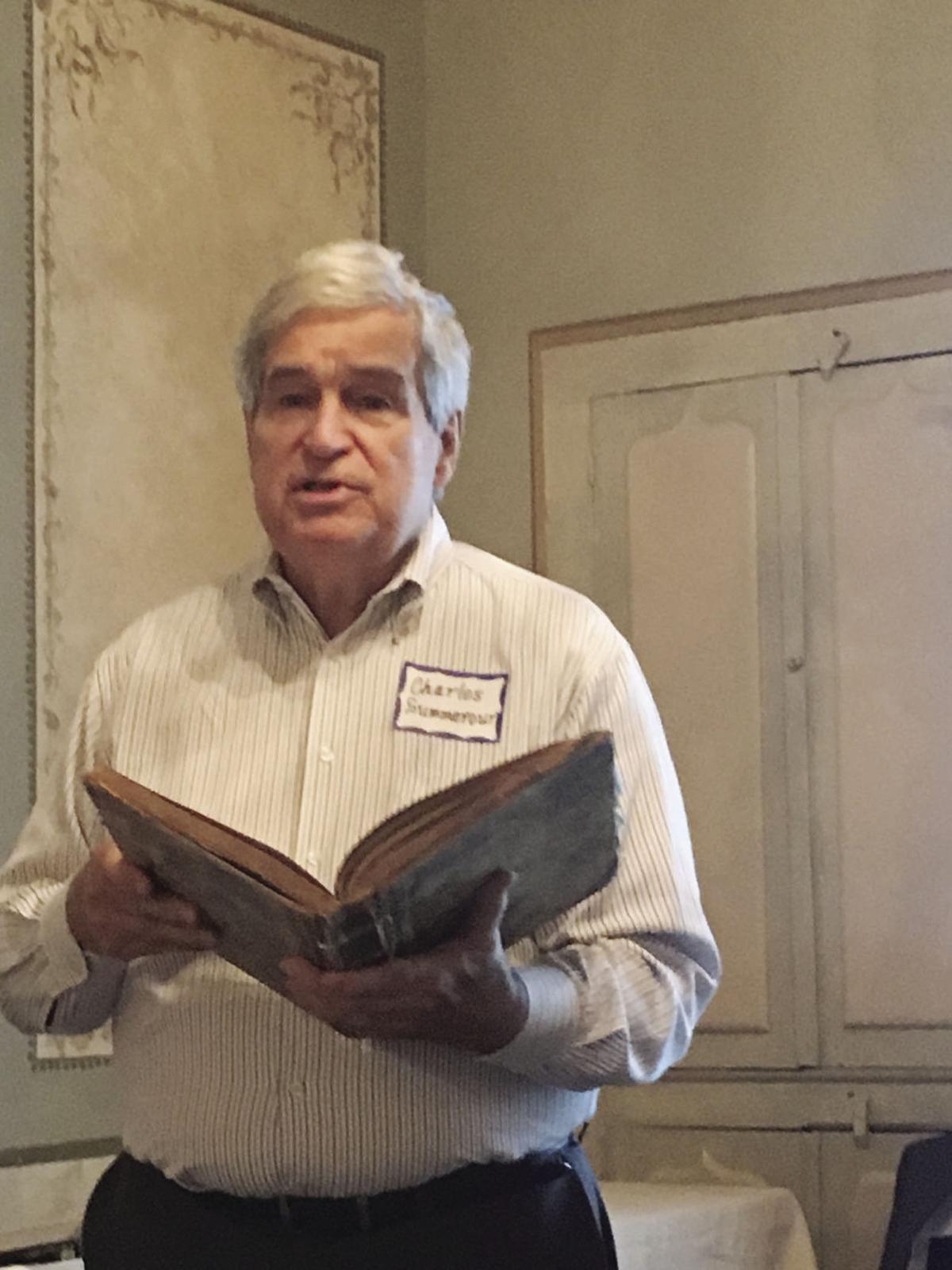 Charles Summerour presents a talk on the Summerour family at the Summerour House in Autrey Mill Nov. 6. He holds a ledger from the family’s general store dated May 1851. 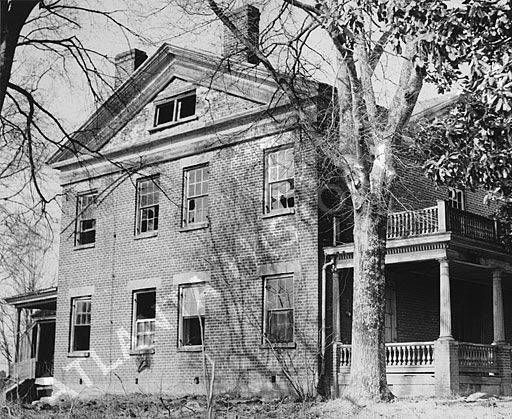 The Howell Mansion, also known as the old brick house, was the home of Harrison Summerour.

Charles Summerour presents a talk on the Summerour family at the Summerour House in Autrey Mill Nov. 6. He holds a ledger from the family’s general store dated May 1851.

The Howell Mansion, also known as the old brick house, was the home of Harrison Summerour.

JOHNS CREEK, Ga. — Those who have been to Autrey Mill Nature Center have probably seen the Summerour House, a picturesque farmhouse built in 1882 that now serves as an event space.

Smaller is the group that knows the history behind the house and the family that lived in it, but that group grew Nov. 6 when the Johns Creek Historical Society presented a talk by Charles Summerour, a descendent of the historic family.

Summerour told the story of the family through nine generations — from Heinrich Sommerau’s immigration from Germany in 1748 to today.

“This story is a continuum of people trying to make a better life, as we all do,” Charles said. “That’s the story of the American dream.”

Though Henrich landed in Philadelphia, he didn’t stay long before the family moved to North Carolina.

“Which shows their intelligence,” Charles joked.

Henrich’s son Henry II lived his entire life in North Carolina, but Henry III moved to Lumpkin County, Georgia, around the 1820s. Between the Georgia Gold Rush, which began in 1828, and the forced removal of the Cherokee, which began in 1830, this was a turbulent time for North Georgia, Summerour said, but one that was ultimately profitable for his family.

The family opened a store that supplied miners in Auraria, Ga. Today a ghost town southwest of Dahlonega, the region’s population boomed to around 20,000 at the height of the gold rush, Summerour said, remarkable for that time.

The store was successful, and when the Georgia Gold Rush died down, some of Henry III’s sons traveled to California. They returned with about a $1 million worth in gold, further cementing that the Summerours were among the wealthiest families in the region.

In 1878, Harrison moved the family to Warsaw, which today is part of Johns Creek. They bought their home from Jackson Graham, who bought it from its original owner, his brother-in-law Clark Howell, owner of The Atlanta Constitution and a politician.

The Atlanta History Center calls it the Howell Mansion, but to the members of the Summerour family and other longtime residents of the area, it was just the “old brick house.” The house sat near where Regal Cinemas is today until 1963 when it burned.

At the Johns Creek Historical Society meeting were other members of the Summerour family who remember the house and a woman who lived there in the 1940s.

Harrison’s sons divided land across what today is Johns Creek. One of Harrison’s sons, Charles William “Wil” Summerour built the house that now sits at Autrey Mill. It sat where the Spruill library is today until 1992.

Another one of Harrison’s sons, John Henry, was the speaker’s great grandfather. His son, Charlie, inherited his piece of land, which sat between Old Alabama Road and State Bridge Road along the Johns Creek. Charlie moved to Duluth in the 1920s. There, he started C.A. Summerour & Sons Leather Goods, which operated until the 1980s.

Charles ended his talk by touching on his son, Knox Summerour, a trumpeter and composer who works in Hollywood.

“The Summerour story is of trying to get better, even if it means moving to California with nothing in your pocket, but always with the support of their family,” he said.

In turn, Charles praised the work of the relatively young historical society.

“I’ve lived in Duluth my whole life,” Charles said. “In Duluth we have people who know our history inside and out. Johns Creek just sprung up, and you all are still trying to figure out where you came from.”