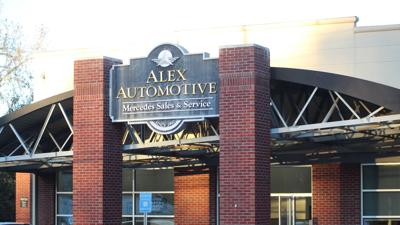 DULUTH, Ga. — Few businesses have been spared from hardships over the course of the COVID-19 pandemic.

At Alex Automotive, business is better than ever.

“In March and into part of April, we did see a dramatic drop [in business],” owner Alex Whitney said. “Then it was like we were busier than we’ve ever been. I’ve staffed up to meet demand. This has absolutely devastated a lot of businesses, but it has been good for others. It’s been a good year for us.”

Whitney attributes the sharp increase in customers to many people working from home. That has allowed people to get car repairs and maintenance completed without being out a ride.

“I think it’s pretty much people saying, ‘While I’m home, I might as well go ahead get this work done,’” Whitney said.

Alex Automotive has seen “the spectrum” of cars needing service, from those who had to be towed into the shop due to lack of use while others are getting more frequent maintenance.

“We’ve seen people who have been driving much more now because they don’t want to be in a car with other people or use other modes of transportation, they just want to get in their own personal car to drive,” Whitney said.

To keep up with the influx, Whitney has hired on two new employees.

“For only having 10 employees, that’s a significant percentage,” he said.

Business did slow around the election, which Whitney says is the case each cycle, but he expects his company to be back in unprecedented territory in the coming weeks.

Though not as many people will be traveling this holiday season, part of the resurgence Whitney expects will be drivers gearing up their cars for road trips.

“People who are going to hit the road need to get their cars looked at, and now is the time to be thinking about getting their car ready for winter before winter gets here,” he said.

Whitney said any time a car is brought into his shop it undergoes a 90-point inspection, which can identify any issues or potential problems ahead of time.

“You want to address your battery before you go to start your car on a cold morning and you have a dead battery,” he said.

Whitney suggests bringing cars into the shop at least a week before any trip so there is time to address any issues or make any repairs. And regular maintenance is vital for the European luxury cars Alex Automotive specializes in keeping on the road.

“If you ignore what could have been a relatively inexpensive repair, it could end up being a very expensive fix,” Whitney said.

A soft hum of activity from lively music, warm lighting and whirring coffee machines sets the scene. On the wall is a menu that includes items named “GA 400 Blend,” “Snowpocalypse” and “Downtown Connector.”