You are the owner of this article.
Edit Article Add New Article
Home
Projects
Documents
Podcasts
About
Contact
1 of 5 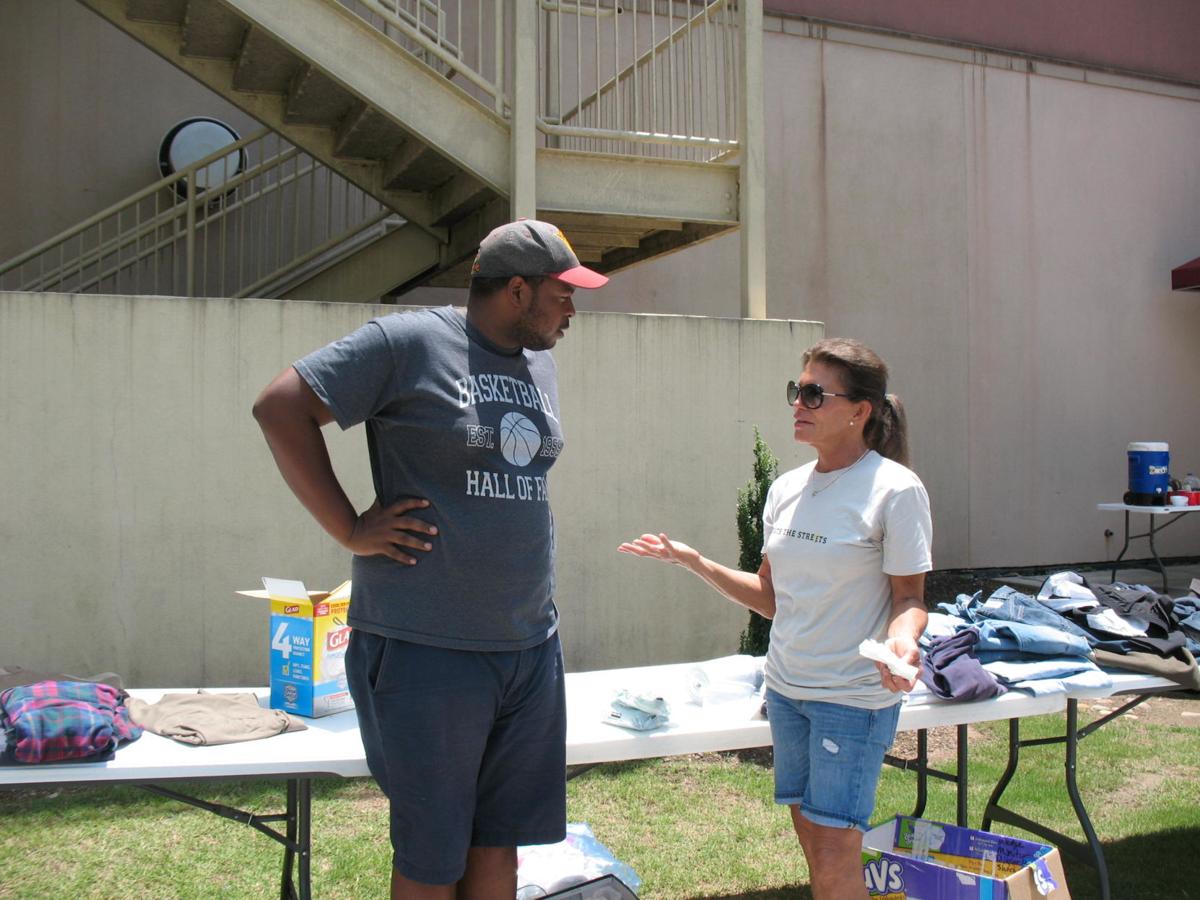 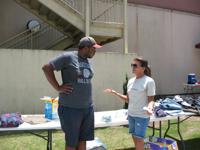 Chris, a mentor, left, talks with Jeanette Hames, founder of Beats the Streets, at a recent cookout for the homeless. 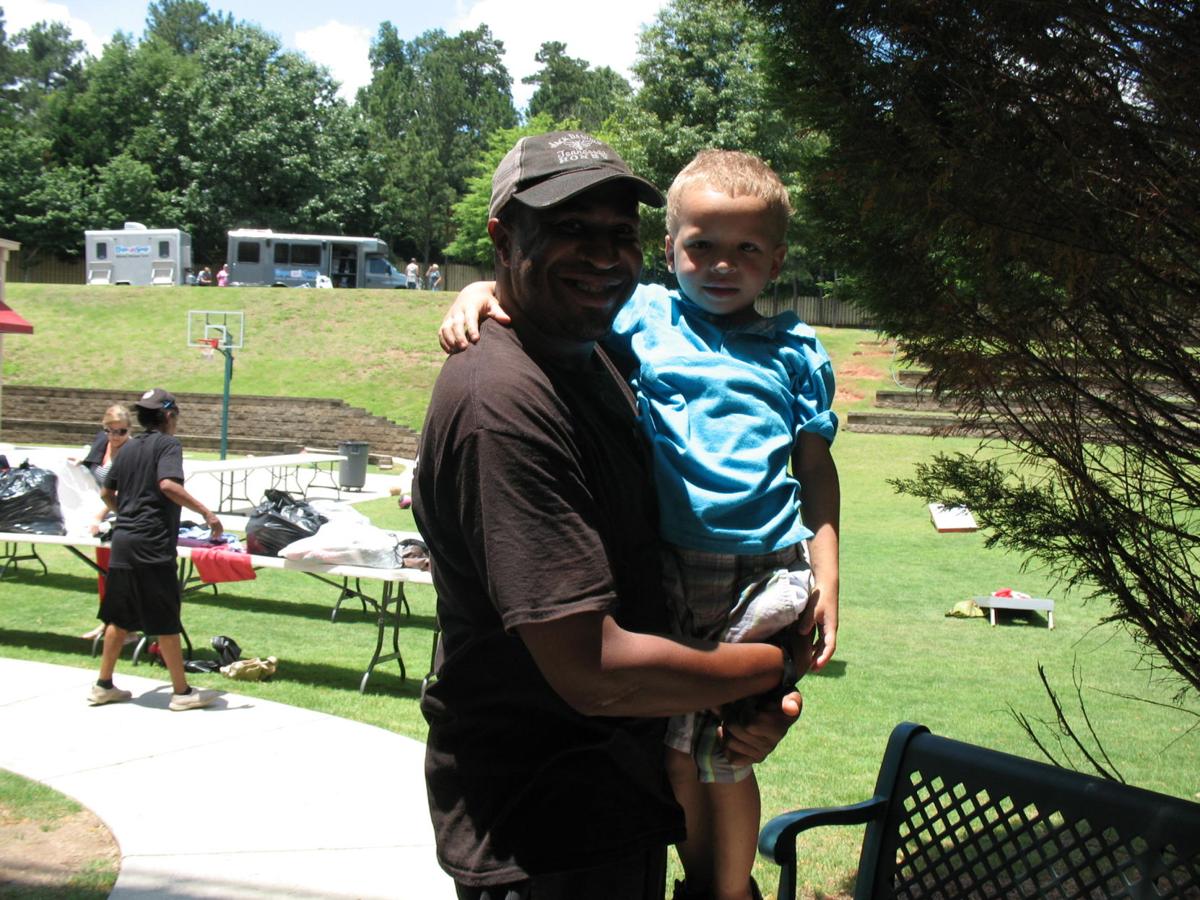 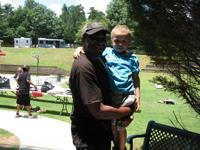 The cook for Mt. Pisgah, left, used to be homeless but now gives back by helping at Beats the Streets events and playing with homeless children. 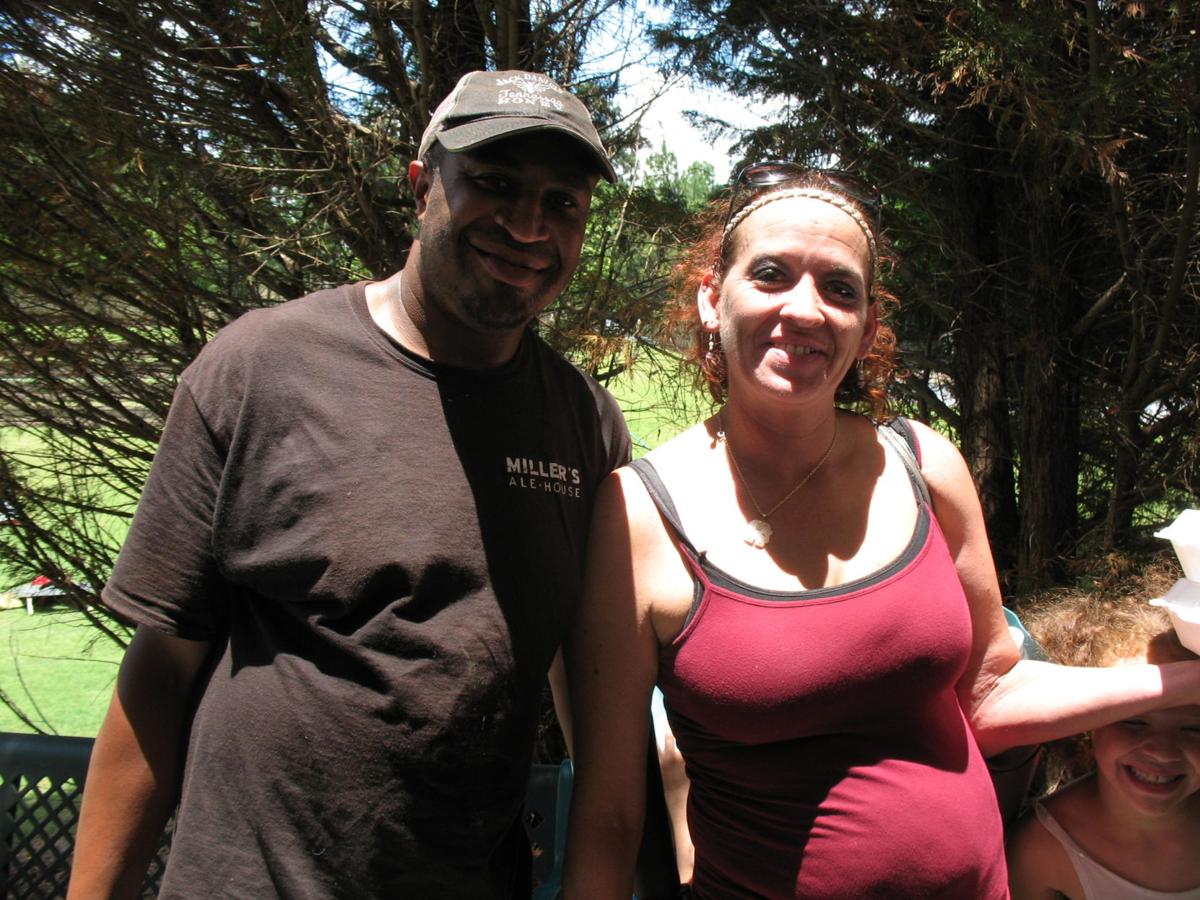 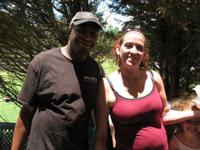 A local homeless mother brings her two children to a recent cookout event to get food and engage with the community. 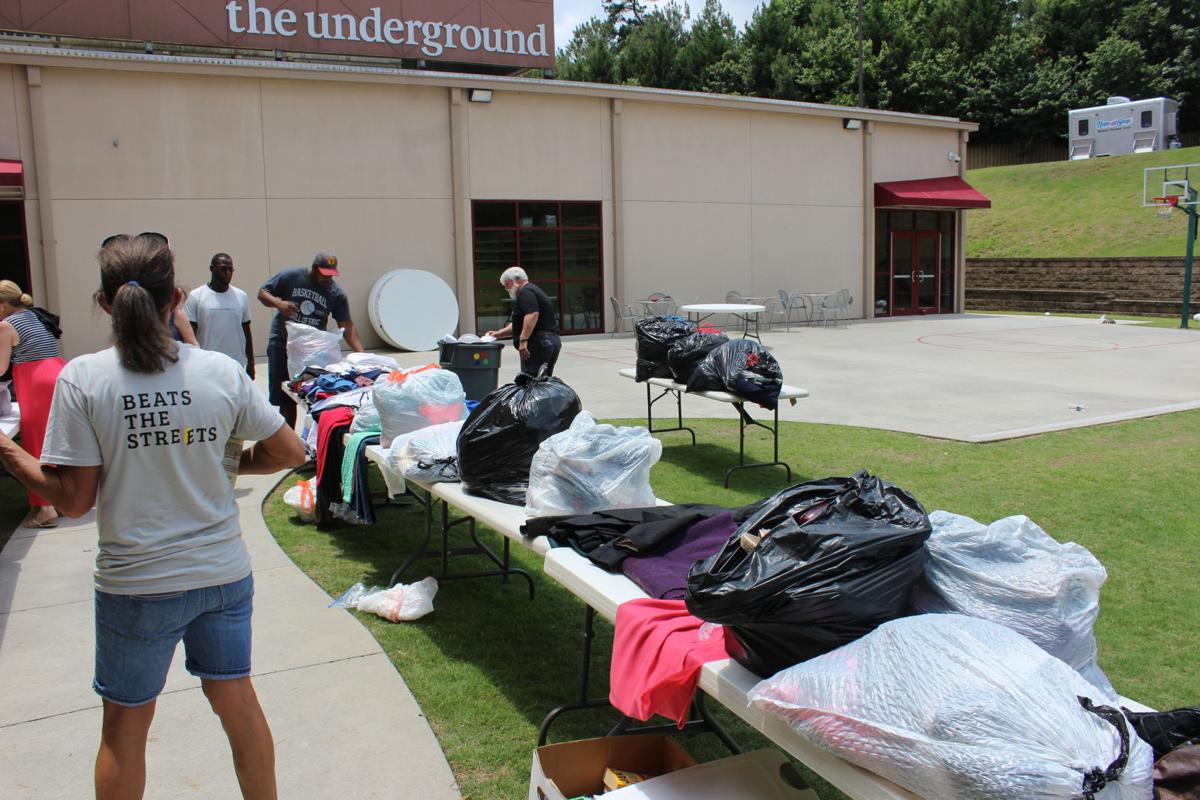 Jeanette Hames, founder of Beats the Streets, organizes the clean-up after a homeless cookout. More than 70 homeless people attended. 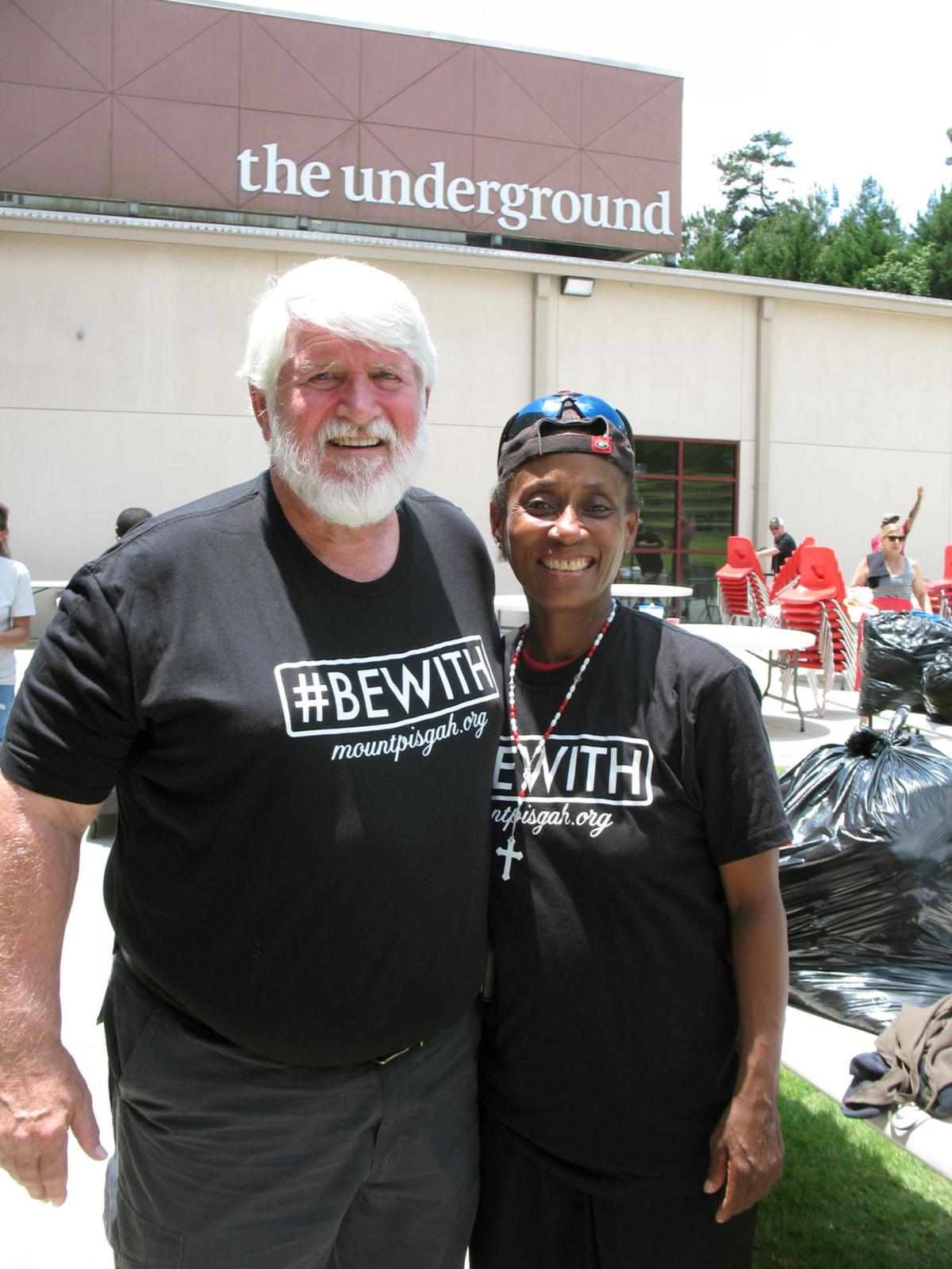 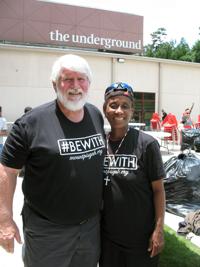 Curt Massey, left, is a bus driver for Mt Pisgah. He chats with Nannette Connie, who is homeless.

Chris, a mentor, left, talks with Jeanette Hames, founder of Beats the Streets, at a recent cookout for the homeless.

The cook for Mt. Pisgah, left, used to be homeless but now gives back by helping at Beats the Streets events and playing with homeless children.

A local homeless mother brings her two children to a recent cookout event to get food and engage with the community.

Jeanette Hames, founder of Beats the Streets, organizes the clean-up after a homeless cookout. More than 70 homeless people attended.

Curt Massey, left, is a bus driver for Mt Pisgah. He chats with Nannette Connie, who is homeless.

NORTH FULTON, Ga. — If “it takes a village to raise a child,” those without traditional support systems can face a real challenge.

For homeless individuals who lack a community of support, finding a path to success can be all but impossible.

That’s where local faith-based nonprofit Beats the Streets comes in. The group provides emotional, mental, spiritual and career development resources to help homeless men and women in North Fulton. These individuals are given the chance to transform their lives through a self-sustainable plan for the future.

CEO Quincy Jones said the organization reaches out to those in need in the community through their faith.

“Human beings are the greatest gift on the planet,” Jones said. “No matter who you are, what you’re doing, your vocation, where you come from or your age, I believe the value you get from sharing with an individual is irreplaceable. Whether it is faith-based or not, it’s undeniable the energy shared between individuals and the value of a life is huge.”

After someone is accepted, given clothing and other essentials, the greatest value a homeless person gets from that exchange is being able to understand when the giver looked at them, they saw someone who is equally as valuable as they are, he said.

“When you’re homeless, you’re seen as lesser than a house pet,” Jones said. “They may be shy, but once they realize someone wants to connect with them, they light up. They realize the person sees them. There is nothing that can replace that. Who knows what can be done when someone takes that and can empower someone else? We all have things going on, but the results of a ripple effect of just being kind can go so far.”

The group gets that message out by partnering with local churches, including Mt. Pisgah United Methodist Church. Earlier this month, the two organizations hosted a cookout for area homeless, offering a day of food, fun and fellowship.

“It was a time to offer community,” Jones said. “When you’re working with the homeless and people in critical need, it’s good to serve and give things. But, just like any human, it can be hard to find a community. The main thing about this event was getting a bunch of people together. We also offered clothing, gifts and business clothes for those who need it. It was fun to do.”

Since 2015, Beats the Streets has focused on that mission to bring community to the streets. Over time, the nonprofit has assisted some 300 people.

They provide job training, placement and assist with housing. Jones said they work with the homeless population to connect them with jobs. The group will pay for housing for a month or so while the person begins their job. Then, once more stable, the person will reimburse Beats the Streets and continue working toward self-sufficiency, he said.

Along with it, they try to get the community involved by asking for donations for clothing, food and children’s toys.

But, the main focus is meeting the homeless community.

“In downtown Atlanta, homeless people are everywhere,” Jones said. “But in North Fulton, there are hundreds of homeless people. They’re hard to find. You have to locate them. They’re living in trees and behind restaurants. We make it a point to go and find them.”

At the June gathering, the group served more than 70 people. That included volunteers providing transportation.

Beats the Streets visits locations popular among the homeless, chats up the regulars and welcomes newcomers into the community.

The area around the Walmart off Windward Parkway is one hotspot for the homeless, and Jones said they have seen people living among the surrounding trees. The organization distributes “Bags of Hope,” packages filled with various items including socks, ChapStick and toiletries.

Distributing the bags helps the organization choose one or two “ambassadors” to pass the word along that there is a group willing to help them.

At times, the group teams up with other nonprofits, such as North Fulton Community Charities. Together, the organizations have been able to help over 700 people in the area, including, many children who are at local high schools.

“The number fluctuates because when you’re talking about school kids, a lot of them are couch surfing,” Jones said. “Maybe their parents got divorced and they want to hop around, not necessarily by choice. When you take into account the high school kids, there’s a lot going on around here.”

Jones would not call the homeless situation an epidemic, but it’s more prevalent than expected. Often, the high schoolers Beats the Streets work with will be displaced temporarily, but it can lead to a long-term situation.

“A lot of times, we’ll see kids who start on a friend’s couch and then another friend’s couch,” Jones said. “Once that goes on for so long … it easily turns to maybe a discomfort with the situation or the parent wants to tell the other parent the kid is estranged. So you wind up with a good amount of kids, unfortunately, spending the night at a park or outside. It’s tricky how it unfolds for a high schooler. But, it is happening. It’s more than you think.”

In addition to the school-aged population, Jones said they work with a lot of single men over the age of 30.

“When you think about shelters, homes or places that offer assistance, they’re going to single women and mothers of children first,” he said. “That makes sense. But, there isn’t a lot for a male … We see a lot of males in this area because out here there isn’t really anywhere for them to go.”

Jones said he’s often met with shock when describing the plight of the homeless to other community groups.

“They say, ‘is it really that bad?’” Jones said. “Thankfully, the Alpharetta Police Department is great. We work directly with them. A lot of times they will reach out to us and let us know that someone is somewhere. That way they don’t have to take them in or have an altercation. They care and that’s great.”

One of the biggest problems, he said, is actually finding this hidden population.

“Out here, it’s hard to find,” he said. “We’ll have people come and serve with us who said they have no idea that there was a homeless population out here. It’s right under your nose.”

One telltale sign would be those walking down the street with large backpacks.

“The good thing is, when people become aware, they’re so taken aback they want to help immediately,” Jones said. “They will jump into action. We see people not wanting to look at it, but more often than not, they don’t want it to happen anywhere. So once they see it, they say, ‘we have to do something.’”