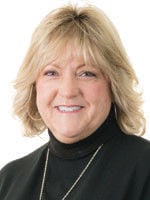 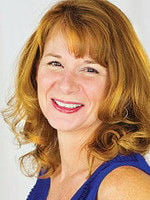 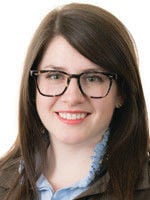 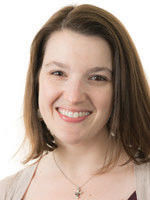 NORTH FULTON, Ga. — Children are not exempt from stress or its harmful effects. And some local therapists have been seeing overall stress levels rising in children as young as elementary school.

However, the way children, especially young children, handle and exhibit the signs of chronic stress differs from most adults. Their symptoms tend to be more physical.

“They don’t really have the language to say, ‘I’m feeling anxious,’” said Jeannine Jannot, student and parent coach at Peachtree Psychology in Roswell. “So they’ll say, ‘I have a stomach ache,’ or ‘I have a headache.’ But when you take them to a doctor, there’s nothing wrong with them.”

These types of symptoms can be hard to differentiate from a simple cold or flu, but the easiest way to make that distinction is to look at when the symptoms occur, according to Summit Counseling Center licensed professional counselor Erin Nicholas.

“The biggest indicator that it’s not a virus or run-of-the-mill cold is that the symptoms are situational, so they may occur only when the child is going to school or taking a test,” Nicholas said. “They are also ongoing without any other symptoms.”

If left unchecked, the stress could lead to anxiety, depression, poor self-confidence and difficulty focusing.

Some of the most common sources of stress for children center around school, grades, family and social situations.

Pressure to perform well in these areas has been growing and causing overall stress levels to rise in children, even those in elementary school, Nicholas said.

“They are learning algebra as early as elementary school,” she added. “They don’t have enough to just be kids, to play, which is just as important as homework in those early years of school.”

Young teenagers aren’t exempt from this pressure either.

Summit Counseling Center licensed associate professional counselor and school-based therapist Julia Harris said that in her practice, she has been seeing 14-year-olds who have been taking classes designed for adults.

“Taking AP classes has become an expectation,” she said. “It used to be the exception for students who could perform at that level.”

Parents may unintentionally contribute to these rising stress levels by creating an expectation, stated or not, of perfection. Ironically, the pressure may be passed down from the parents’ own anxieties about being a good parent.

“For a lot of people, being a good parent means having a child who is very successful,” said Summit Counseling Center licensed professional counselor Carleen Newsome. “A child’s failure, then, is seen as a failure in parenting… People need to remember that growing up is a learning process with ups and downs. A child won’t necessarily exceed in all areas right from first grade through their career.”

Nicholas agreed, adding that mistakes are a vital part of early childhood development.

“Elementary school is the time for children to make more mistakes and learn from the natural consequences that follow,” Nicholas said. “The stakes are low in elementary school, so if your kid is refusing to do their work, let them fail. It’s how they learn.”