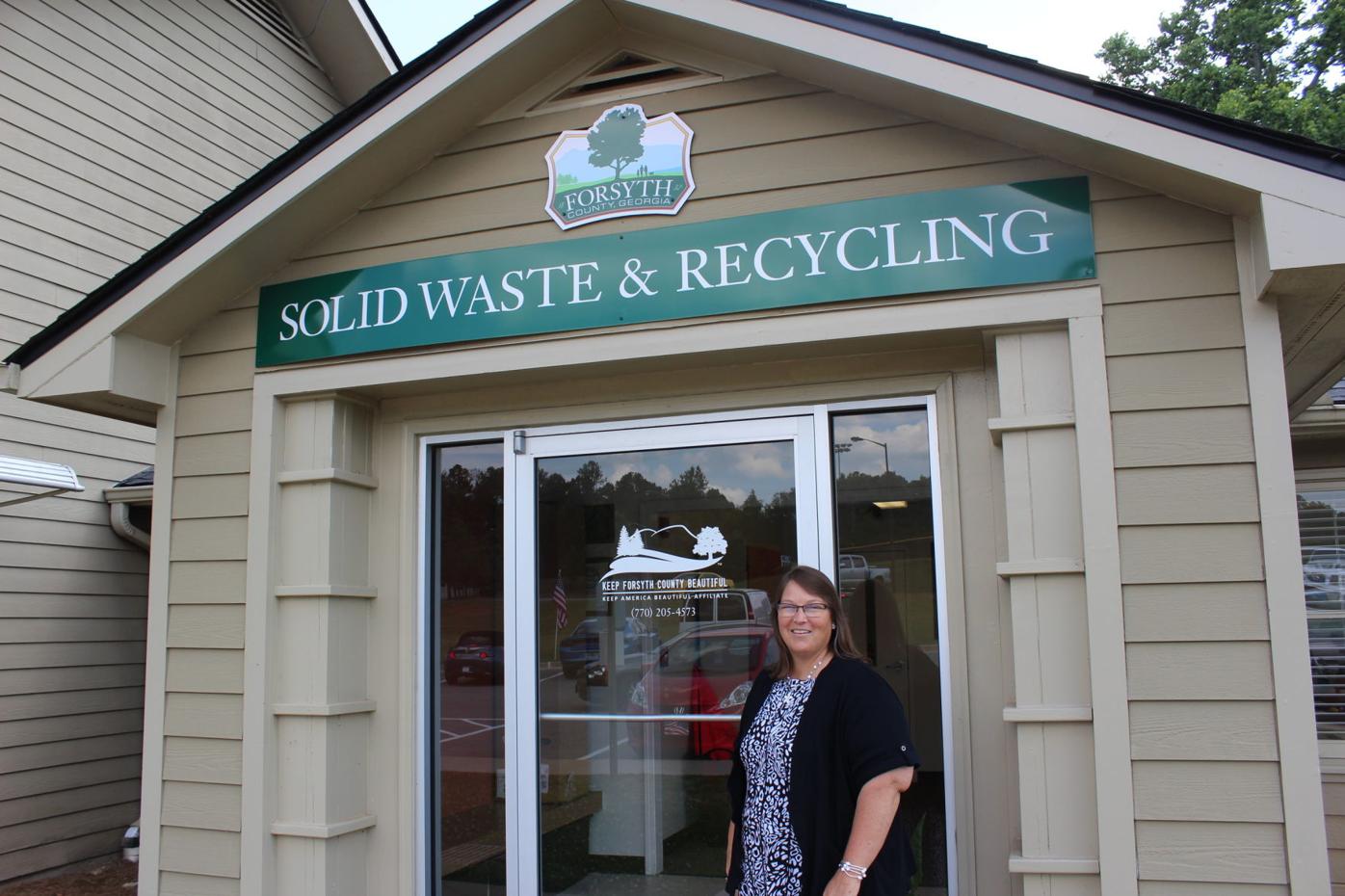 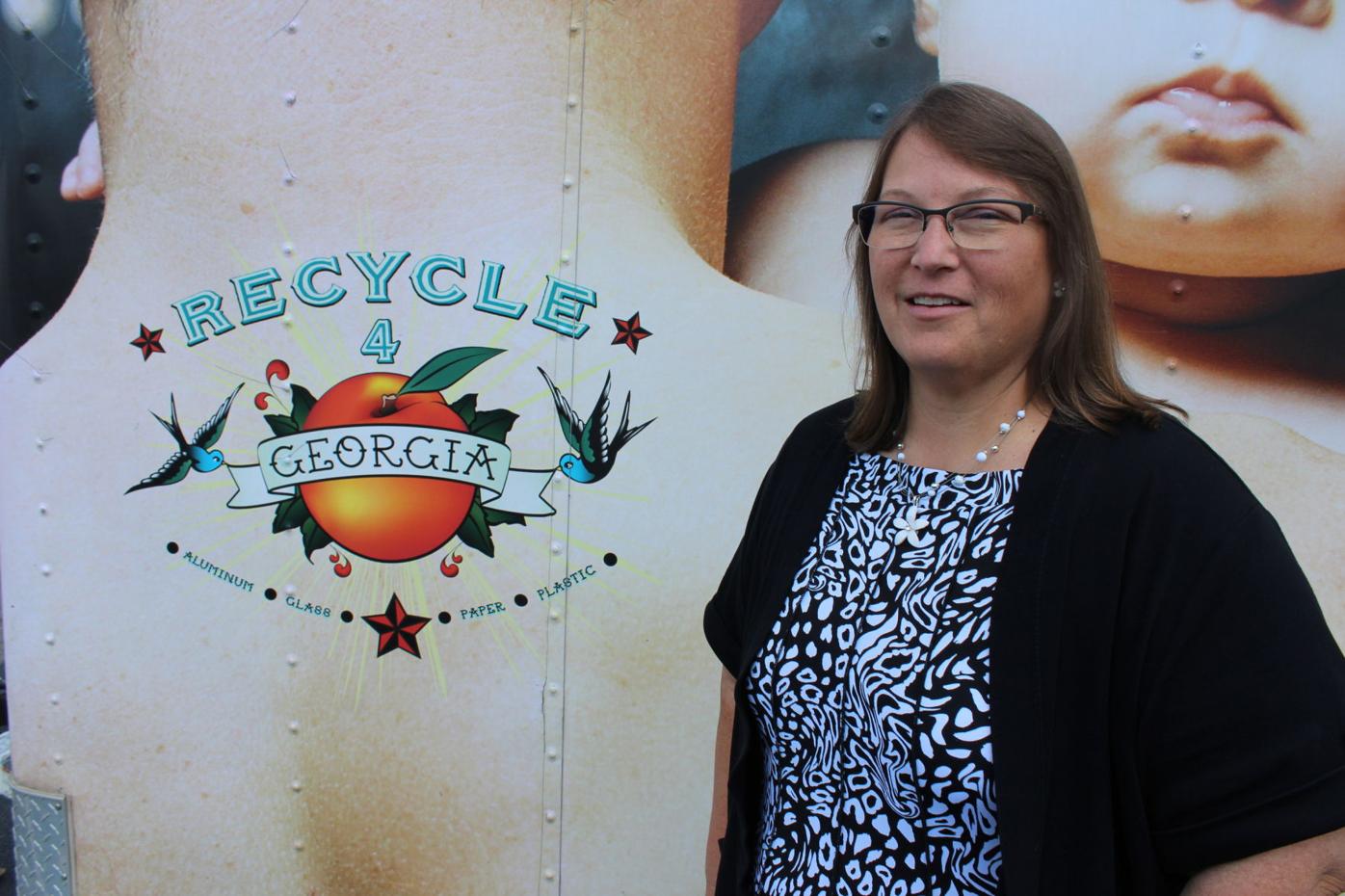 FORSYTH COUNTY, Ga. — Having a common sense approach is something Tammy Wright strives to live by.

“I have a common sense approach, that is what I really hold to firmly with employees,” Wright said. “I saw it as a way I can make a difference that fit my mission as a ministry. I wanted to work with people and help people see protecting the environment is not this staunch kind of thing, but it is our responsibility.”

The manager for Forsyth County’s environmental programs said this has helped her at work while she has had to wear two hats, one with her role for the county, but also as the director of Keep Forsyth County Beautiful, which is a local affiliate of the national Keep America Beautiful program.

Now, she runs the county’s three recycling centers through her manager position, but also oversees KFCB in her director position.

On the KFCB side, they have developed a strong presence within the schools.

“We work with the schools very closely,” Wright said. “We have a green school program. All the recycling in Forsyth County Schools we initiated it years ago. We did everything from providing the bins and the hauling. But now we’re to a point where it is so instilled in the schools, we no longer hand-hold. We just created an incentive program to keep it going.”

When Wright herself was in school at a religion college, she graduated with a degree in counseling expecting to go into a ministry of some sort. But she didn’t necessarily want to go the traditional route.

“That’s how 4-H suited me,” Wright said. “I didn’t want to be a preacher per say, but by taking kids to camp, it was more of a mentor. I wanted to be able to touch kids in a positive way. In a biblical approach, it’s about stewardship. We are responsible to take care of the environment and it’s our duty.”

While everyone can do something to help the environment, she said, often people get caught up in the “go green” movement that they actually do more harm than help. Sometimes people won’t listen to the workers at the recycling centers and will try to sneak in something that the center can’t recycle, ruining a whole load of recyclables.

“Everything is recyclable, but is it practical to recycle it?” Wright said. “Every situation is different. If you have to drive 100 miles to recycle something because there’s not a local outlet, then it probably isn’t practical. There are a lot of citizens out there that get so caught up in the frenzy that they don’t think about it.”

When people became really involved in environmental issues and when “green” became the buzzword, there seemed to be two extremes, she said.

Trying to create programs that promote sustainability is a big part of Wright’s job. She’s hoping the newly implemented litter hotline, 1-866-5-LITTER, will be her proudest moment whenever she retires.

“It’s too early to tell,” Wright said. “If I could look back at my career and say, ‘when I left, the litter issue in Forsyth County was resolved in that it was all organized and orchestrated,’ that would be a big one. Nothing completes itself. It’s a constant evolution.”