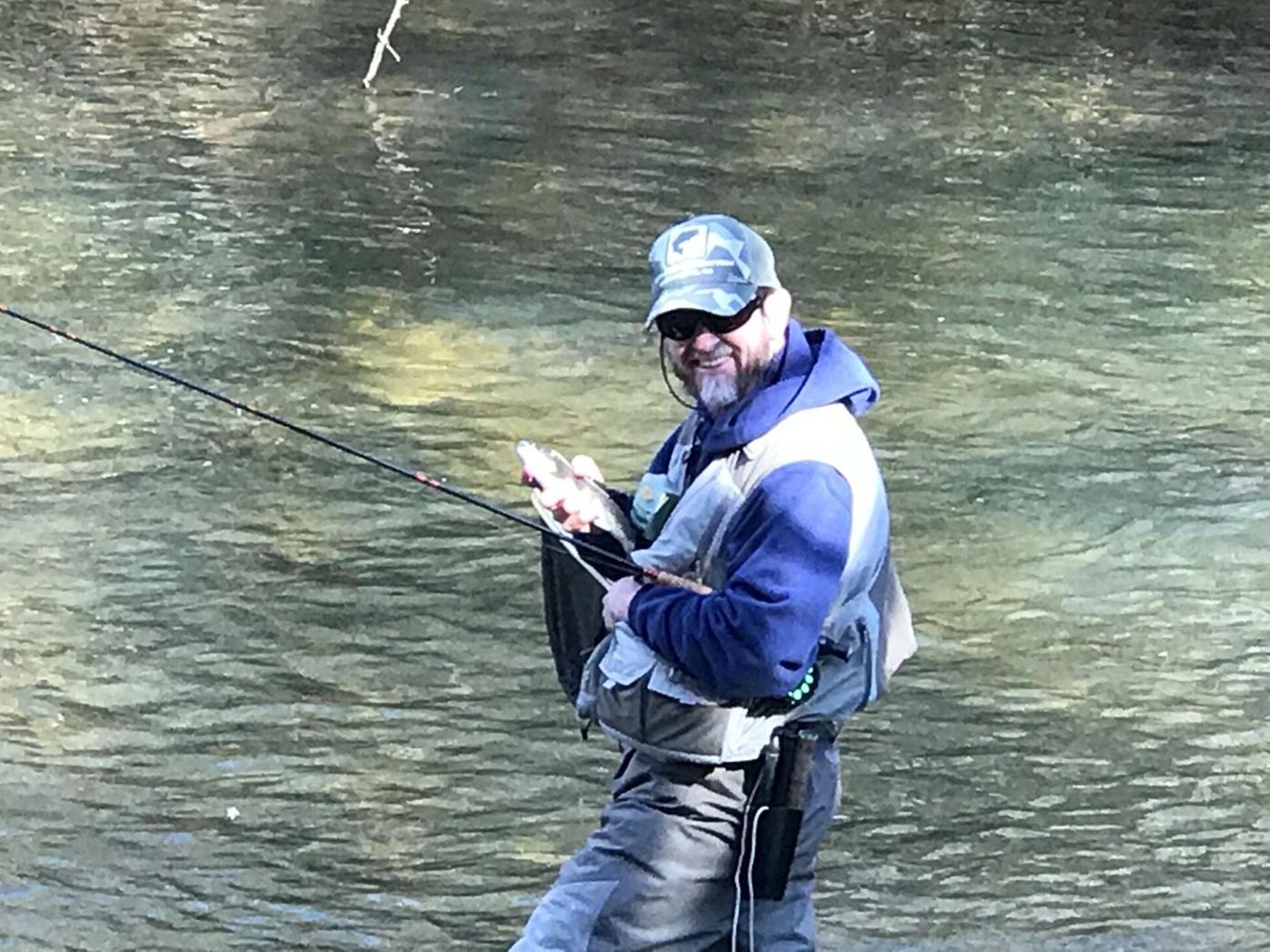 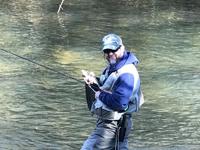 The third cast was the charm for Scott Hodge while fishing at Amicalola Creek. 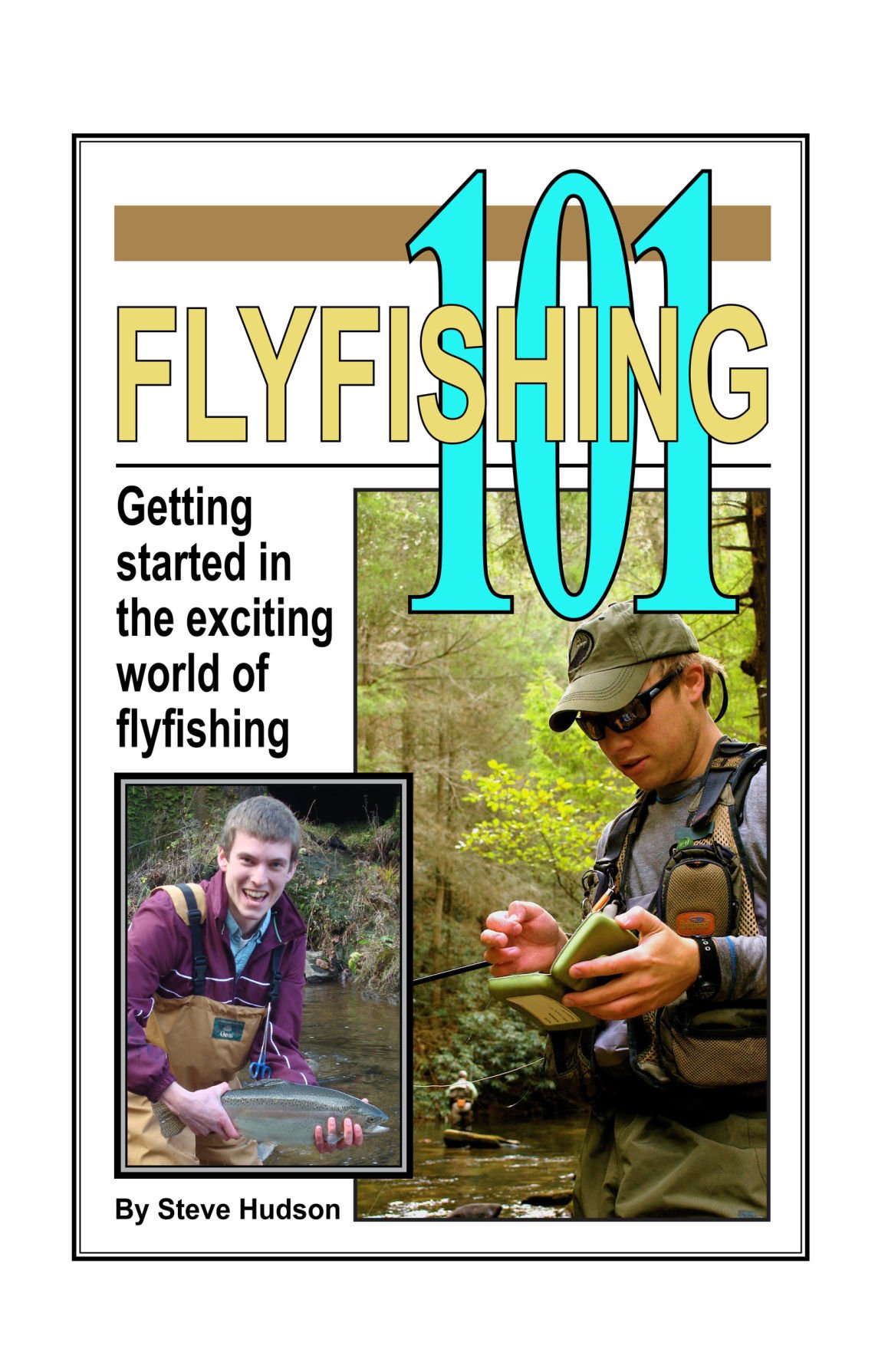 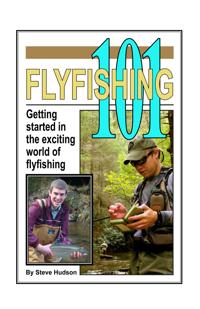 Interested in learning more about fly fishing? Check out Steve Hudson’s book Flyfishing 101. It’s available from local outfitters and on Amazon, and signed copies are available direct from the author at chattahoocheemedia.com.

I found myself saying that last weekend as I sat on the sofa in the den and watched the deluge coming down outside the window. I’d kind of planned to do a little fishing, but the clouds apparently had other ideas.

But you know what they say about making lemonade from lemons. Not being able to go fishing meant that I suddenly had several hours with absolutely nothing scheduled to do, so I decided to tie some flies instead.

“Fly tying” is the craft of making your own flies for fly fishing. It’s something I’ve enjoyed for many years, and there’s always something neat about fooling a trout on a fly that you’ve tied yourself.

What should I tie? Well, being as it’s the middle of winter, I decided to tie some “midges.”

Midges could be considered the official trout flies of wintertime. When the weather gets cold in January and February, mix of bugs on most trout streams shifts toward small. The fish often go for very small flies (and by “very small” I mean flies less than a quarter of an inch long). That’s small! So midges were what I’d tied.

I’d seen just how effective midges can be the previous weekend, when I had a chance to fish the Delayed Harvest portion of Amicalola Creek with my good friend Scott Hodge. Briefly, “Delayed Harvest” is a special fisheries program that manages select sections of certain streams for catch and release fishing during the cold months of the year.

On Amicalola Creek, the Delayed Harvest water extends from Steele Bridge downriver to the bridge at Highway 53. It’s beautiful water, and we were excited about fishing it.

Amicalola Creek is accessible via parking areas at either end of the DH stretch, and as we pulled in and parked the car, we agreed that the day looked like a good one. Conditions were good. We wasted no time and quickly began gearing up.

That’s when I realized that I didn’t have the right wading boots.

Uh oh. Without wading boots, my fishing on Amicalola Creek was going to be nil.

Scott, being a good guy, said, “No problem! Let’s just do some hiking instead!” There is good hiking in the area, and I’ll take a look at some of it in a future column.

But Yours Truly, also a good guy, said, “No chance. We came to fish. You fish, and I’ll stay on the bank and take pictures!” And after a little more discussion, that’s what we decided to do.

At first, Scott tried a streamer fly (that is, a fly designed to imitate a minnow). Big and meaty, streamers often work very well in Amicalola Creek. But the trout were having nothing of that, and after an hour or so Scott still hadn’t had a single hit.

That’s when I suggested trying one of those microscopic midges.

“Why don’t you try a Blue Assassin?” I suggested, referring to one popular midge pattern. So he switched to the microscopic fly.

Three was the charm. Scott’s third cast was rewarded with a strike from an impressive rainbow.

He netted the fish, admired it, and then slipped it back in the water as I cheered him on from the bank.

And that’s how it went for the rest of what turned out to be, by any measure, a banner day. Scott landed many fish over the next two or three hours, all on that tiny midge. As for me, I sat on the bank and took pictures. It really was okay, and I didn’t mind a bit. In fact, I cheered out loud every time my buddy brought another trout to the net.

I don’t think I’ve had that much fun in a long time.

Sitting here now and tying flies while it rains, I thought back to that day of fishing (and non-fishing!) and realized that it offers a few helpful lessons.

Lesson one is to give the fish the fly they want and to remember that, in wintertime, that’s often something very small. If you’re a fly fisher, try some of those tiny midges on your next trip. Sure, they’re tiny and hard to see, at least for the fisherman. But trout apparently spot ‘em with no problem, and you may be surprised at how well they work.

Lesson Two is to check to be sure you have the right wading gear before you get to the stream.

And Lesson Three, which may be the most significant of them all, is to remember that it’s just as much fun to watch your buddy catch fish as it is to catch fish yourself. That’s the way fishing is, and I’m okay with that.