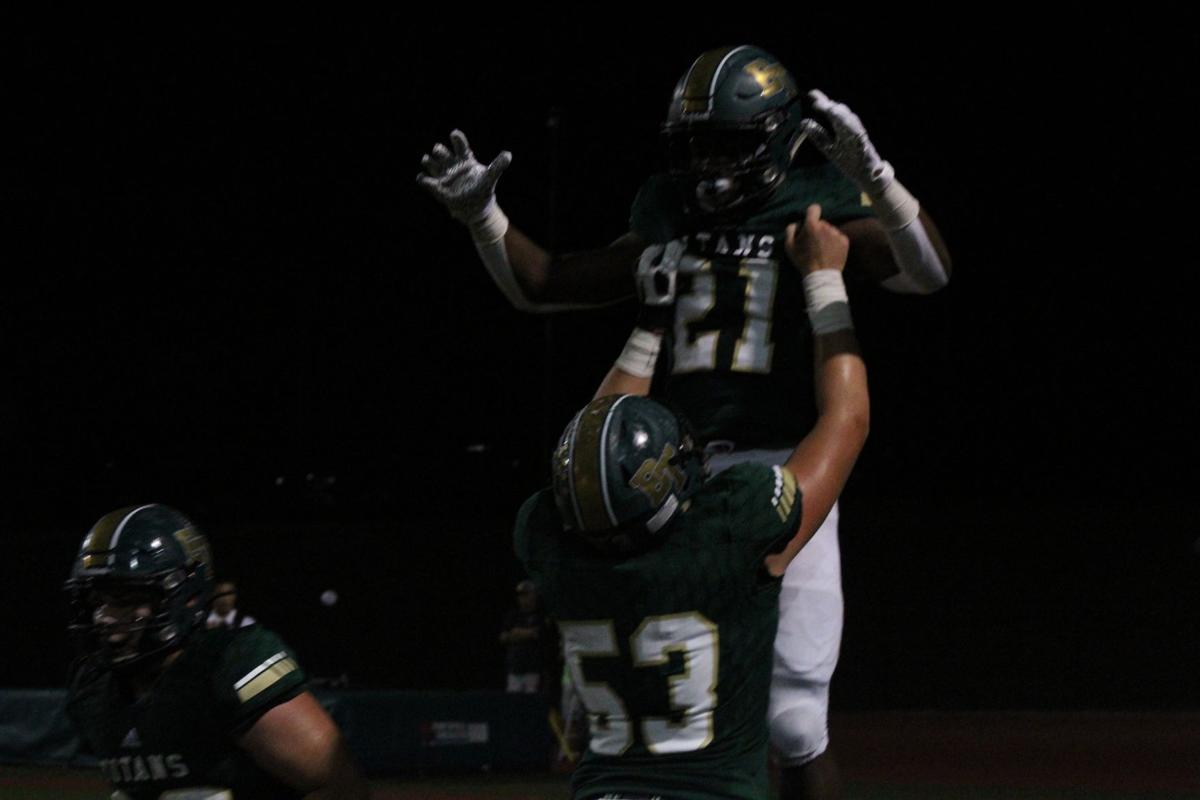 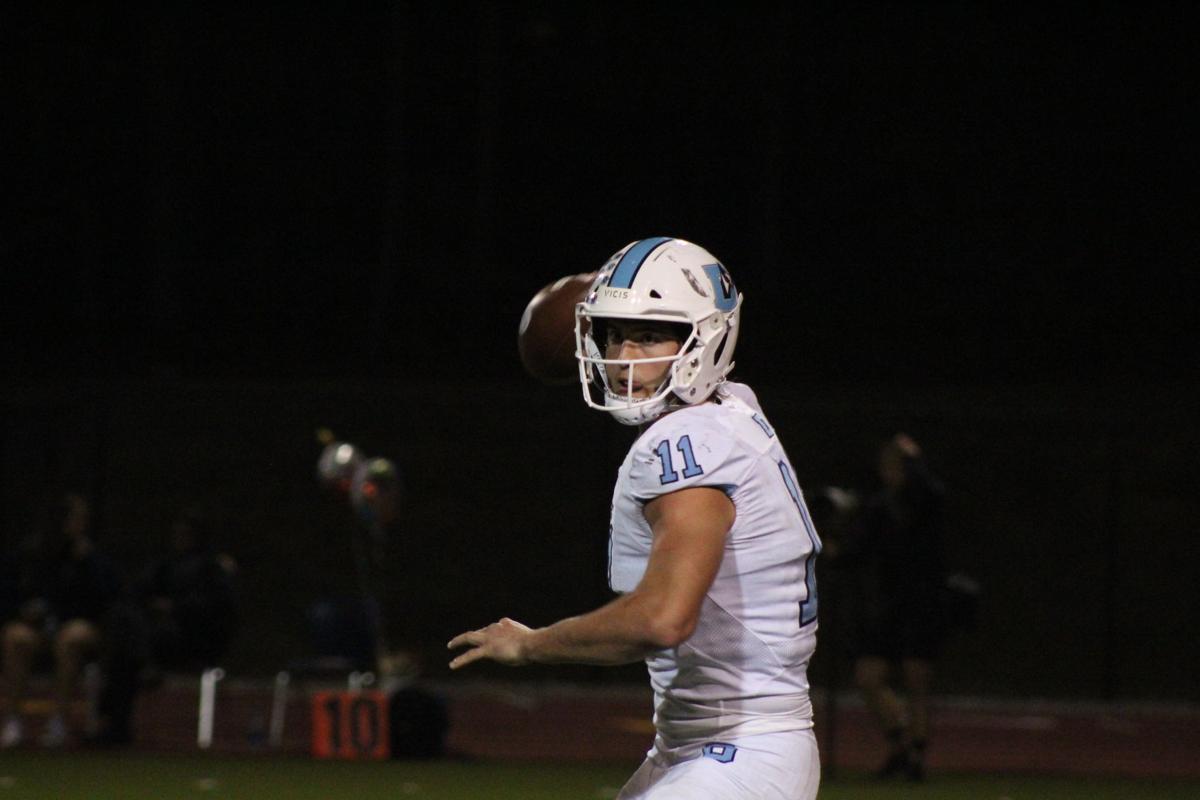 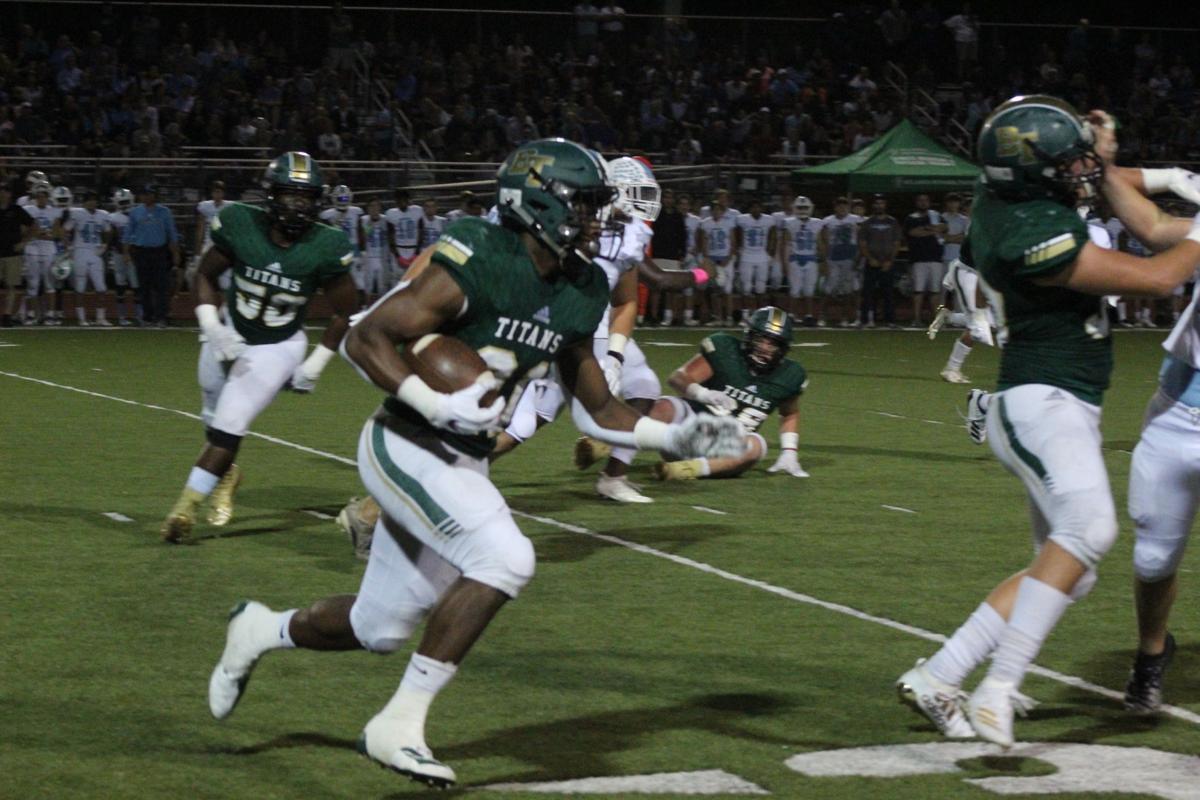 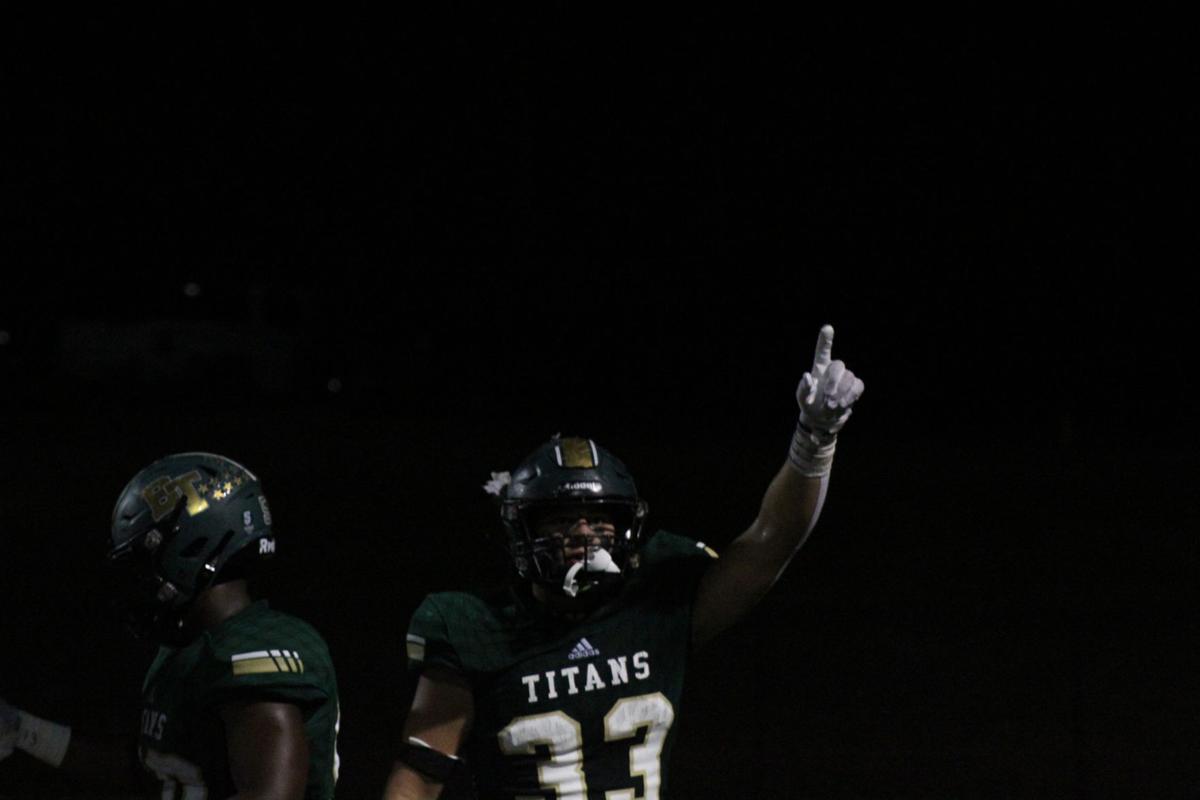 ROSWELL, Ga. — In a battle of the old guard versus the new kids on the block, championship veterans Blessed Trinity took down upstart Denmark in thrilling fashion Friday night at home in a battle of top-10 ranked teams.

The Titans scored the go-ahead touchdown with just 35 seconds remaining and blocked the Danes’ potential game-winning field goal as the clock expired. The win puts Blessed Trinity at 2-0 in Region 7-AAAA play.

“I think it was our best effort of the year and it had to be,” Blessed Trinity head coach Tim McFarlin said. "This is a big game for us, and it’s a big game for [Denmark], who will bounce back.”

Both teams had something to prove entering the matchup. The Titans (5-1, 2-0) are still out to show they are still a championship-caliber team, despite a bevy of new coaches and starters. Meanwhile, the previously undefeated Danes (5-1, 2-1) were out to prove they are among the elite programs in Class 4A. It could be argued both accomplished those missions Friday.

The matchup was a defensive slugfest throughout. Denmark, who entered the game with four shutouts this year, limited BT’s run game much of the night, and the Titans kept the Danes’ standout quarterback/receiver duo of Aaron McLaughlin and Ze’Vian Capers mostly in check.

McLaughlin was 18-26 passing for 242 yards and a touchdown, but he was continually evading pressure and was sacked four times. Capers had four receptions, and all were for big gains and crucial to Denmark’s drives, including its final possession.

The defensive play kept the score at 7-6 entering the fourth quarter. But on the first play of the final period, BT’s freshman running back Justice Haynes busted off a 66-yard touchdown along the sideline to put the Titans ahead, 14-6.

A 44-yard pass from McLaughlin to Capers set up an eventual 10-yard touchdown rush from the quarterback. However, the Danes remained behind by failing to convert on their two-point play.

The Danes’ defense forced a three-and-out on BT’s ensuing possession to set up their go-ahead drive.

Denmark drove the field with short passes before Capers made an athletic play to grab a touchdown pass in tight coverage from BT’s Quinton Reese. The Danes made the PAT to put their lead at 19-14 with four minutes left.

Though the Titans running game had been stymied in the first half, their offensive line knew they could get the job done on the ground.

“The kids said at halftime they thought we could wear on them, and we did,” McFarlin said. “At halftime, the offensive line kept saying don’t give up on the run.”

With the running back duo of Elijah Green and Justice Haynes, BT pounded away on their final drive. With no timeouts, the clock became an issue as the Titans moved into the red zone, but after forcing the Danes defense to creep up to stop the run, BT looked to the air.

The drama was not over, though. McLaughlin evaded several sacks early in the drive as the Danes chipped away down the sideline. Still needing a big play, Capers hauled down a 37-yard pass to put the ball at BT’s 30-yard line. With no timeouts, McLaughlin spiked the ball with one second remaining.

The Danes’ Parker Hannon lined up for the 47-yard attempt, and after a stellar defensive performance and clutch offense, BT’s special teams play secured the win by blocking the kick as the final horn sounded.

McFarlin said the win started with the offensive and defensive lines, and he was especially pleased with his defense’s performance overall.

“We lost five defensive coaches last year and we lost a great senior class,” he said “This senior class is also great. They’ve adapted to being without those guys, and more importantly, they have bought into these coaches, and we’re starting to come together. I’m very proud of our staff on both sides of the ball.”

BT’s Michael Mitchler had two sacks on the night. Haynes rushed for 121 yards while Green compiled 91 yards and a touchdown. Reavis was 10-16 passing for 197 yards with a score.

McLaughlin had nearly all of the Danes’ rushing yards, 44.

The matchup is no easier for the Danes who will play the Class 4A’s top-ranked team, Marist, at home.