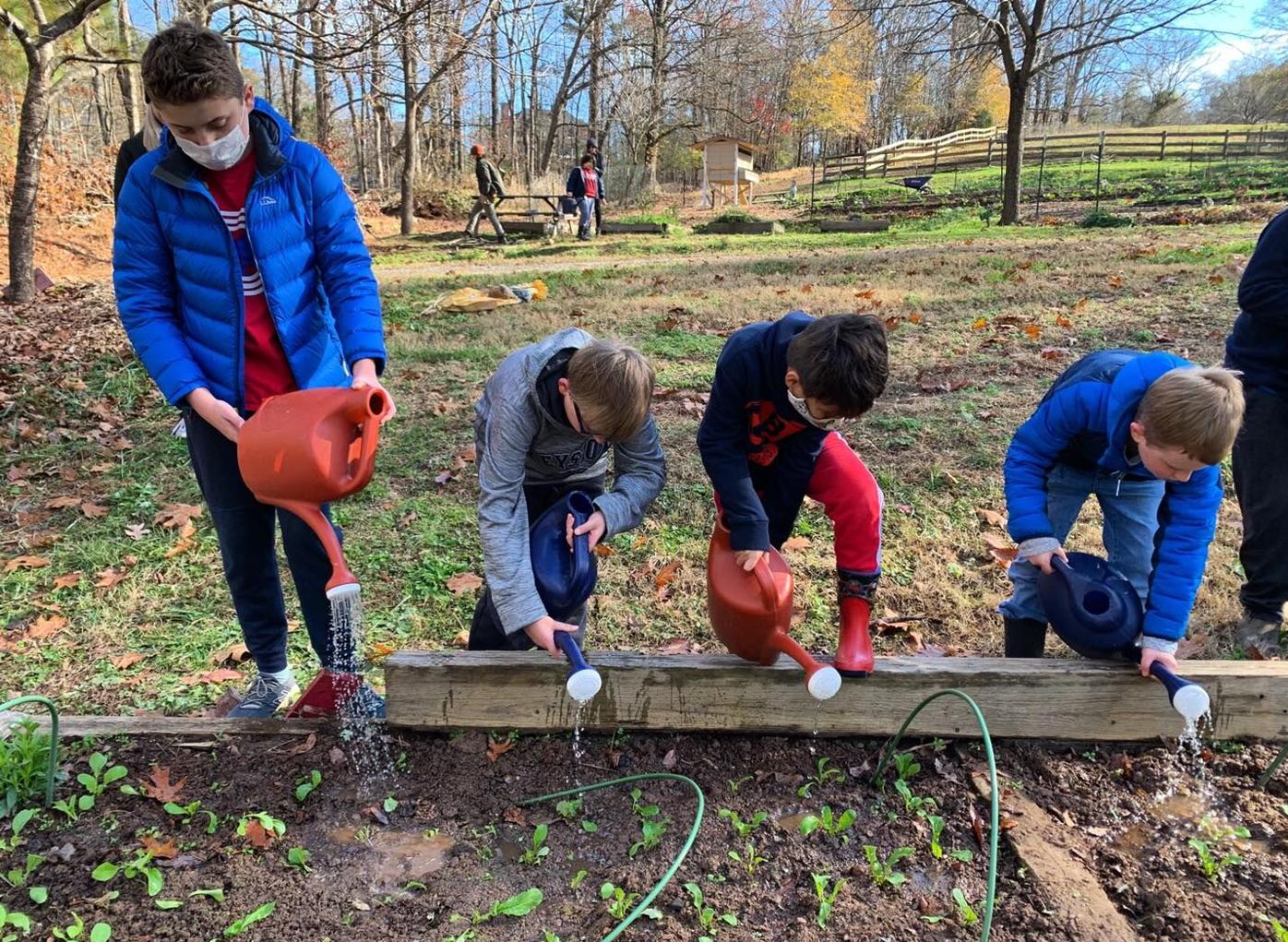 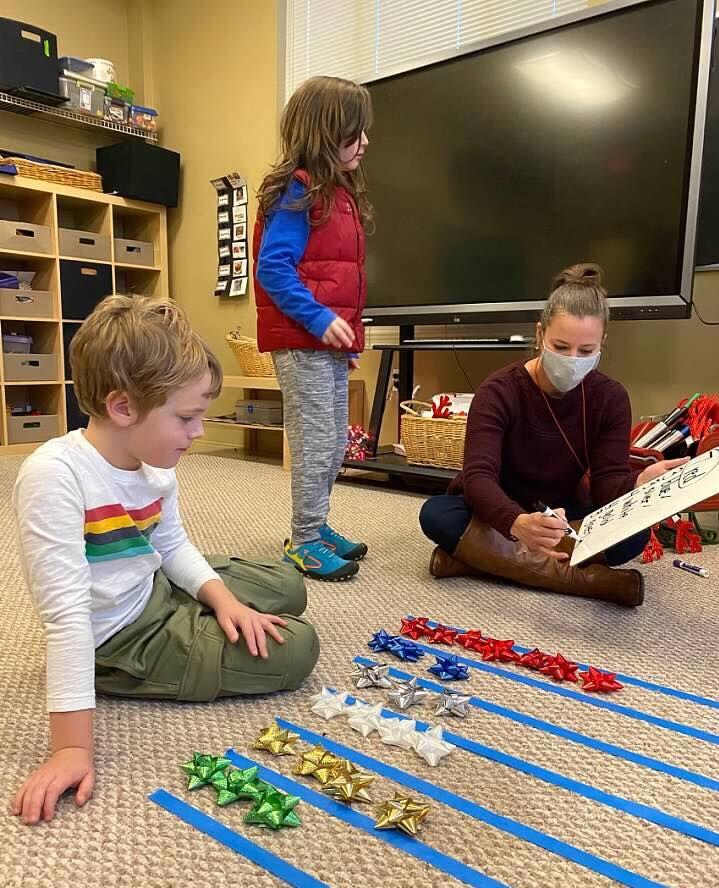 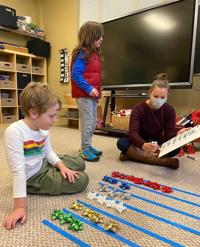 NORTH FULTON COUNTY, Ga. — Two local nonprofits that serve those with special needs have found ways to continue in-person programming amid COVID-19 because the people they serve depend on face-to-face interaction.

Representatives from the Alpharetta-based Lionheart and InCommunity — which has a Roswell location formerly known as enAble of Georgia — said that despite the challenges in adapting to the pandemic, the organizations were still able to foster a sense of community with program participants.

Lionheart was founded in 2000 to create a supportive, nurturing environment for children with challenges of relating and communicating. It now includes The Lionheart School, which focuses on creating appropriate education for children who need a specialized learning environment and supported social interactions, and Lionheart WORKS, which provides vocational training for young adults who are on the autism spectrum or who have other neurodevelopmental differences.

“The ongoing strength, resilience, courage and fortitude of everyone — that’s students, families, staff — everybody’s just really been in it together despite everything."

InCommunity was founded in 1979 but has existed in its current form — a partnership between enAble of Georgia and Georgia Community Support and Solutions — since 2018. The organization is dedicated to enriching the lives of adults with disabilities, their families and their communities through group homes and other programming.

“The ongoing strength, resilience, courage and fortitude of everyone — that’s students, families, staff — everybody’s just really been in it together despite everything,” said Elizabeth Dulin, Lionheart co-founder and head of The Lionheart School.

Dulin said participants in Lionheart’s programs rely heavily on the structure and predictability of a day-to-day schedule — the rhythm of a daily routine.

“We wanted to make sure that as soon as we felt like we could provide back to normal [in-person] programming, we were going to do it as long as we could do it safely,” said Victoria McBride, Lionheart co-founder and head of therapeutic services.

McBride, who works directly with Lionheart’s WORKS program, said that although operations shut down in March in accordance with the state’s shelter-in-place order, the WORKS program revived in-person programming in the summer.

Amid pandemic, community comes together to support local nonprofits on Giving Tuesday

One major challenge, however, was that many of the jobs students were training for also closed down due to the pandemic. So, the curriculum was adapted to focus more on Lionheart’s internal sites, like maintaining a cottage, a technology site and organic garden.

McBride said that resuming operations in the summer helped participants find more “predictability in the situation.”

And as many nearby public schools in the area made plans for remote learning, The Lionheart School ran a summer camp program as a pilot for a return to in-person learning in the fall.

Dulin said a team invested time into finding the best and safest practices for a meaningful semester. In addition to the hand-washing, temperature checks and social distancing that have become ubiquitous in the current world, classrooms were split into pods that didn’t overlap, and the school tried to find clear masks and use face shields where safe — because of the personal connections that come from seeing a person’s face, Dulin said.

The school relied on nearby Wills Park and other outdoor spaces, including an organic garden and the school’s hippotherapy program, which uses therapeutic horse-riding to stimulate neural connections that help with language and motor development.

Dulin expressed gratitude for the trust and care expressed by the community in making this fall’s programming a success in spite of the challenges students and staff have had to face. Next semester, the school plans to continue in-person class but has an infrastructure for Zoom learning if it becomes necessary.

Likewise, InCommunity has continued to offer much of its robust programming for adults. The programs include themed day programs based on community involvement, including the Unlimited Possibilities Center in Roswell, a range of residential options for those who need it, employment support, crisis support and more.

When the pandemic initially struck, InCommunity was forced to cancel its day programs, which was especially difficult for its program participants who also rely heavily on routine, according to InCommunity Community Relations Manager Erin Zauner.

“It was a surprise and a challenge to adjust our lives to the pandemic, but we knew we had an obligation as healthcare workers to keep everyone safe,” Zauner said. “Canceling the day programs, creating a change in everyone’s routine, was a big challenge our individuals did not understand at first. Losing contact with people they see every day to restricted access to the public to social distancing and wearing a facemask — it got confusing.”

InCommunity staff worked to explain the new standard of living to participants and maintain regular contact with them. The organization held virtual calls and classes, conducted socially distant visits and was able to continue in-person activities and daily care in group homes affiliated with InCommunity.

And while Dulin and McBride praised community support for Lionheart, the organization has had to cancel much of its large fundraising events. Those interested in helping are encouraged to visit thelionheartschool.com or consider participating in the Feb. 6 Alpharetta Rotary Polar Bear Plunge in support of Lionheart.

InCommunity has reimagined many of its fundraising efforts and projects, too. Due to InCommunity’s Holiday Wish List project, every InCommunity home and individual will receive a gift this holiday. Those wanting to learn more should visit incommunityga.org.