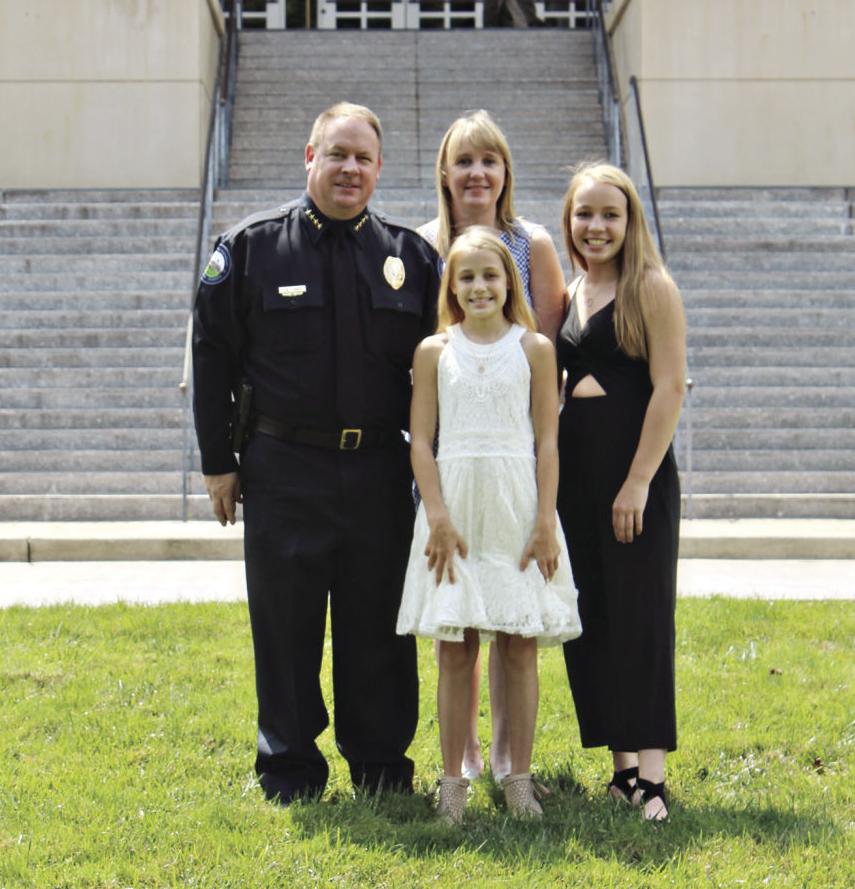 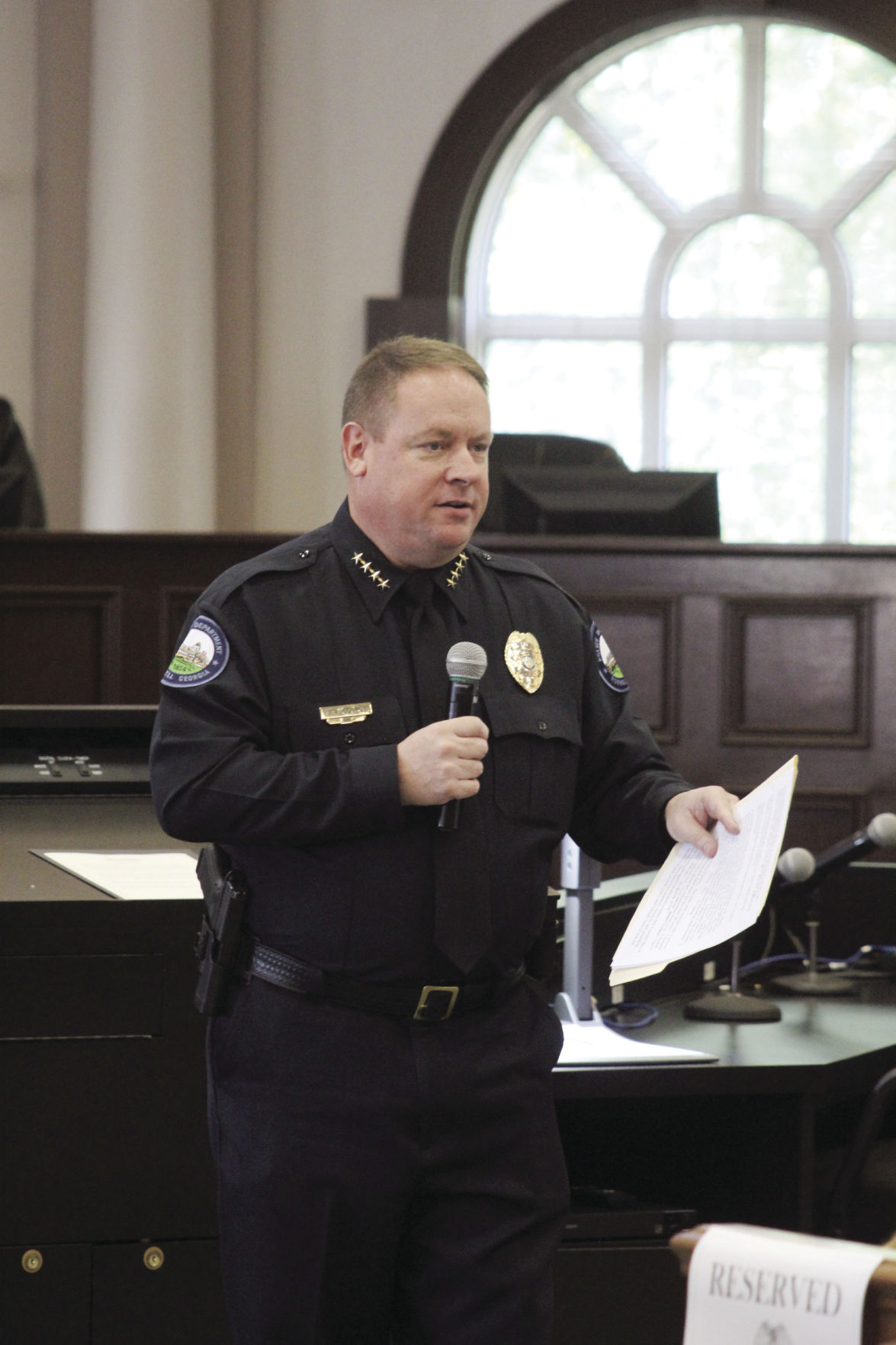 ROSWELL, Ga. — A new police chief has taken the reins in Roswell.

Dozens of staff and community members gathered at City Hall Aug. 2 to hear from new Police Chief James W. Conroy during a swearing-in ceremony. In attendance were representatives from neighboring law enforcement agencies, including DeKalb County and Sandy Springs.

Conroy officially began his new role July 29, taking over for Capt. Helen Dunkin, who served as the interim head of the department for the past seven months. She was chosen for the position following the retirement of Rusty Grant at the end of 2018.

“As someone who was an interim chief, I can tell you what a very difficult job that was,” Conroy said. “[Dunkin] did a tremendous job leading this department through some turmoil and did a great job. I commend her for it.”

Conroy was selected after a nationwide search and was a top choice by City Administrator Gary Palmer.

“This has been a lengthy, thorough, and competitive recruiting and selection process,” Conroy said, addressing the crowd. “I thank you for your confidence in me to lead this department and thank you for this support. I will make you proud.”

Conroy previously served with the DeKalb County Police Department for 28 years and as the Dekalb County Chief of Police since 2013. During that time, he oversaw the operation of all police department services and led a department of 1,200 employees, including 900 sworn police officers.

“These are men and women who I served with, shed blood, shed tears with for the past 28 years,” Conroy said. “I learned everything that I know from my DeKalb police family.”

As Roswell chief, Conroy will oversee a 200-employee department, including 150 sworn officers. The department serves a population of almost 100,000 and 43 square miles of territory.

Conroy said he is experienced with several other types of law enforcement frameworks, including Community Policing, COMPSTAT, Broken Windows and Intelligence-led Policing models of police management.

These methods, Conroy said, helped him reduce Part 1 crimes — which include rape, robbery, aggravated assault, burglary and arson — by 27 percent during his tenure as the Dekalb County Police chief.

“We will all work together to make Roswell Police the premiere law enforcement agency in the state of Georgia,” Conroy said.

Conroy holds a master’s degree in organizational leadership from Waldorf University and a bachelor’s degree in criminal justice administration from Columbia Southern University. His annual salary will be $150,000.

“This is a breath of fresh air in Roswell,” said Mayor Lori Henry. “We are so excited to have Jim Conroy, and I’m really looking forward to him leading the police department. We have a great police department, and I think he’s going to take us to the next level.”