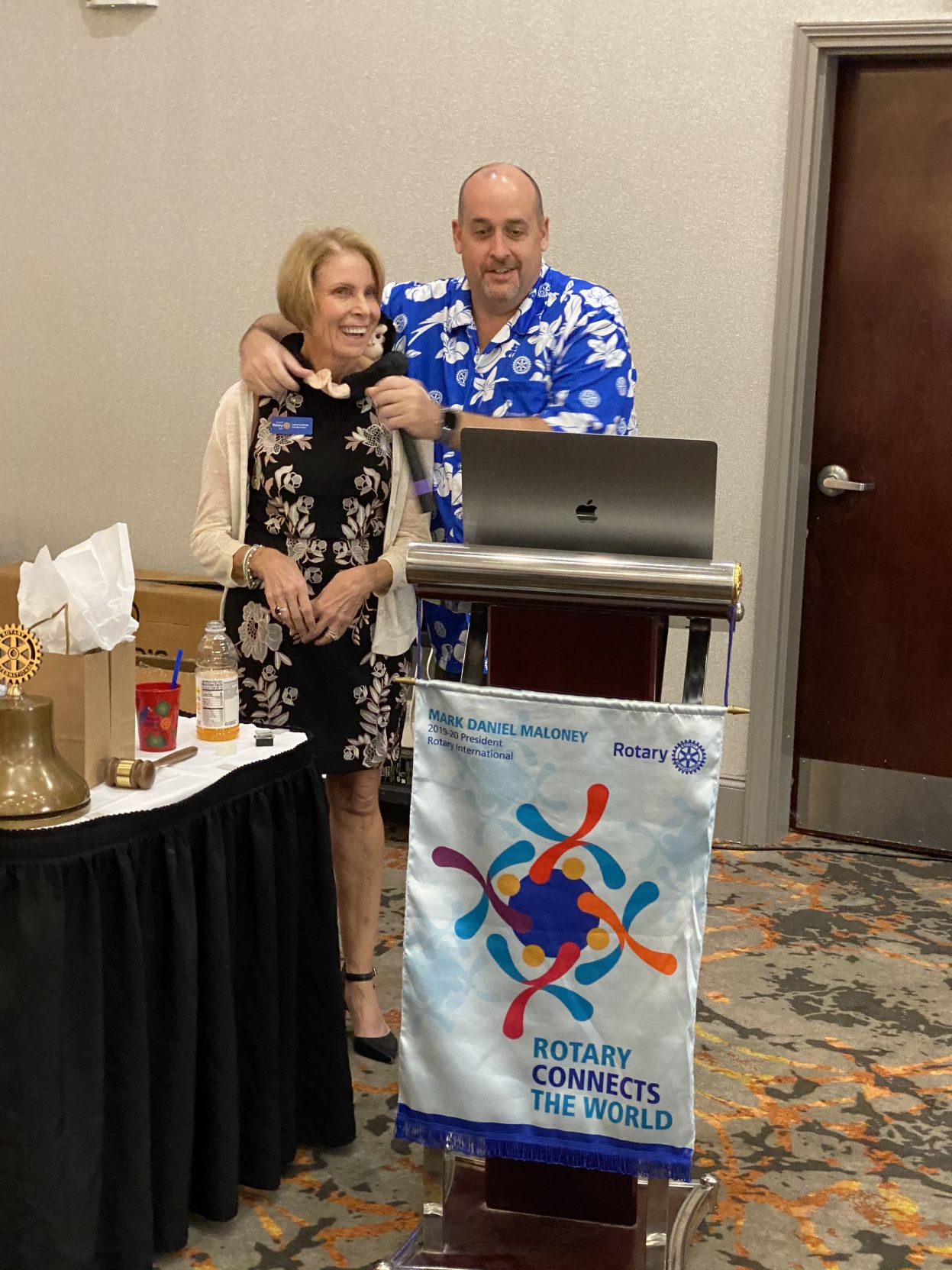 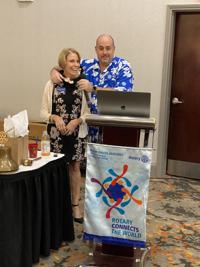 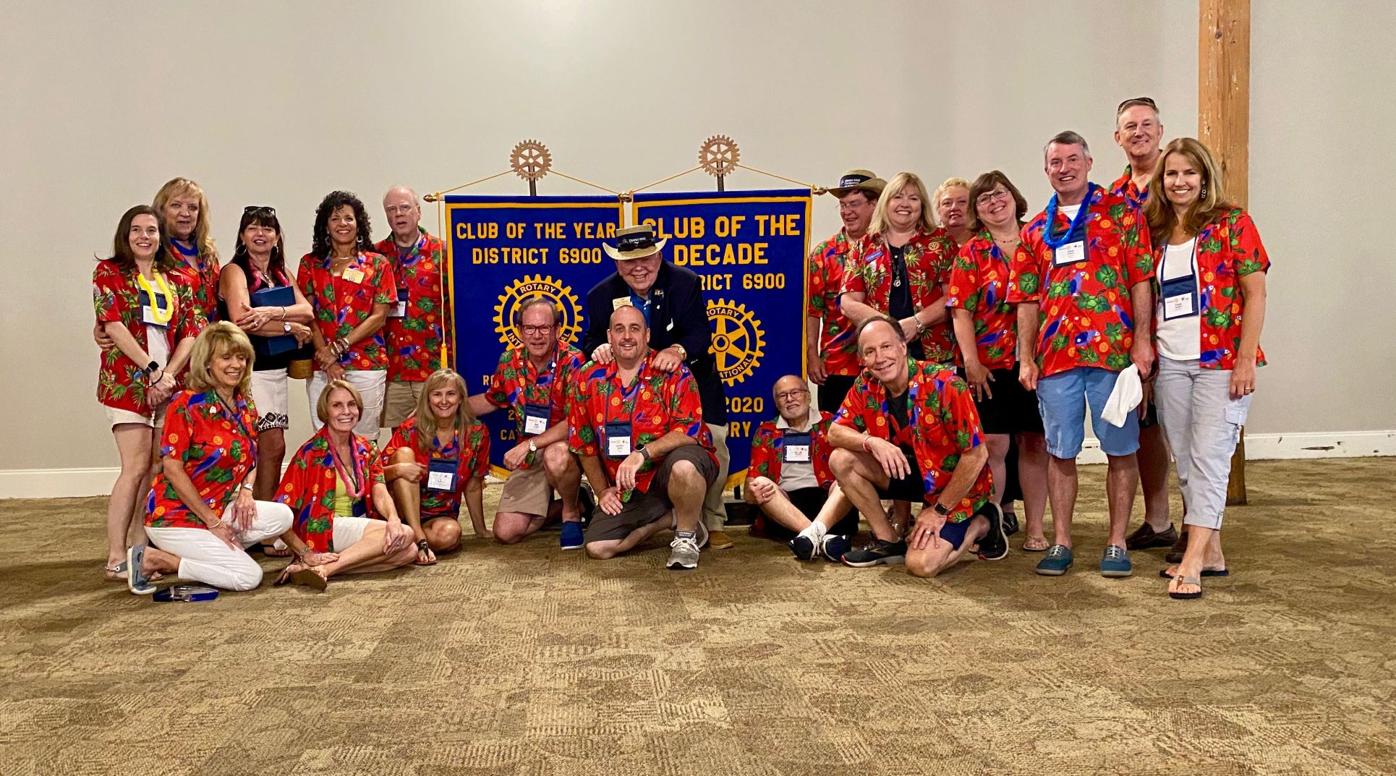 ROSWELL, Ga. — Roswell Rotary Club is nearing its 70th-year anniversary, and its latest president is ready to hit the ground running.

On July 1, President Lynne Lindsay took the reins from Past President Gordon Owens after 10 years of active membership in the Rotary Club.

“I was initially drawn to Roswell Rotary because I wanted a deeper connection to the community,” Lindsay said. “From my very first visit, I was in awe of the projects that were impacting so many lives.  My daughter was a freshman at Roswell High School, and I found myself immediately involved with the youth programs. The more active I became, the more I realized that Roswell Rotary Club is more than just a civic organization, but a family that supports each other as well. I have made lifelong friends by serving with others.”

Under Lindsay’s leadership, the club will continue to serve the community with its signature projects, including its Memorial Day and 9-11 services, the Roswell Relays, and the Honor Air program.

Lindsay said that during her tenure, she also plans to focus specifically on veterans and health. She will use a district grant the club recently won to sponsor suicide prevention training for 50 area behavioral health specialists.

The 2020-21 Rotary International theme is “Rotary Opens Opportunities,” which Lindsay said reflects one of her goals to consider new ways of operating and implementing projects.

“I have challenged our club to bring all ideas to my attention,” she said. “We will look at new virtual programs, hybrid meetings and smaller group projects. But most importantly, we will embrace the changes presented as an opportunity to better serve.”

Roswell Rotary Club has often been named a local leader for its innovative programming and community service. It has earned numerous honors over the years for its work, and this year was no different.

For the second decade in a row, the club was recently recognized as the “Club of the Decade for 2010-2020” at the District 6900 meeting. It was also honored as the “2019-2020 Club of the Year” and recognized for several of its service projects.

One of Roswell Rotary’s long-standing members, Bob Hagan, was recently presented the coveted Service Above Self Award, Rotary International’s highest honor for individual Rotarians. Up to 150 Rotarians worldwide receive the award each year for demonstrating exemplary humanitarian service.

Under Owens’ leadership, Roswell Rotary Club launched the Freedom Fighter IPA with Gate City Brewing to support End Human Trafficking Now, one of the club’s major initiatives. Each can’s label raises awareness of the issue, with all proceeds going to local nonprofits supporting victims of human trafficking. The beer has since been added to Delta Air Lines’ menu.

Over the past year, the club has also used a $10,000 grant to build a learning lab for HomeStretch, a Roswell-based nonprofit guiding homeless families toward permanent housing and stability. The lab, which is nearing completion, will provide on-site tutoring for children living at HomeStretch.

For more information about Roswell Rotary Club and its initiatives, visit roswellrotary.club.

Everyone would like to have thicker hair. Well, almost everyone -- but our focus today is no… Read more

As COVID-19 has become a major force in all our lives, it’s important to understand the impa… Read more