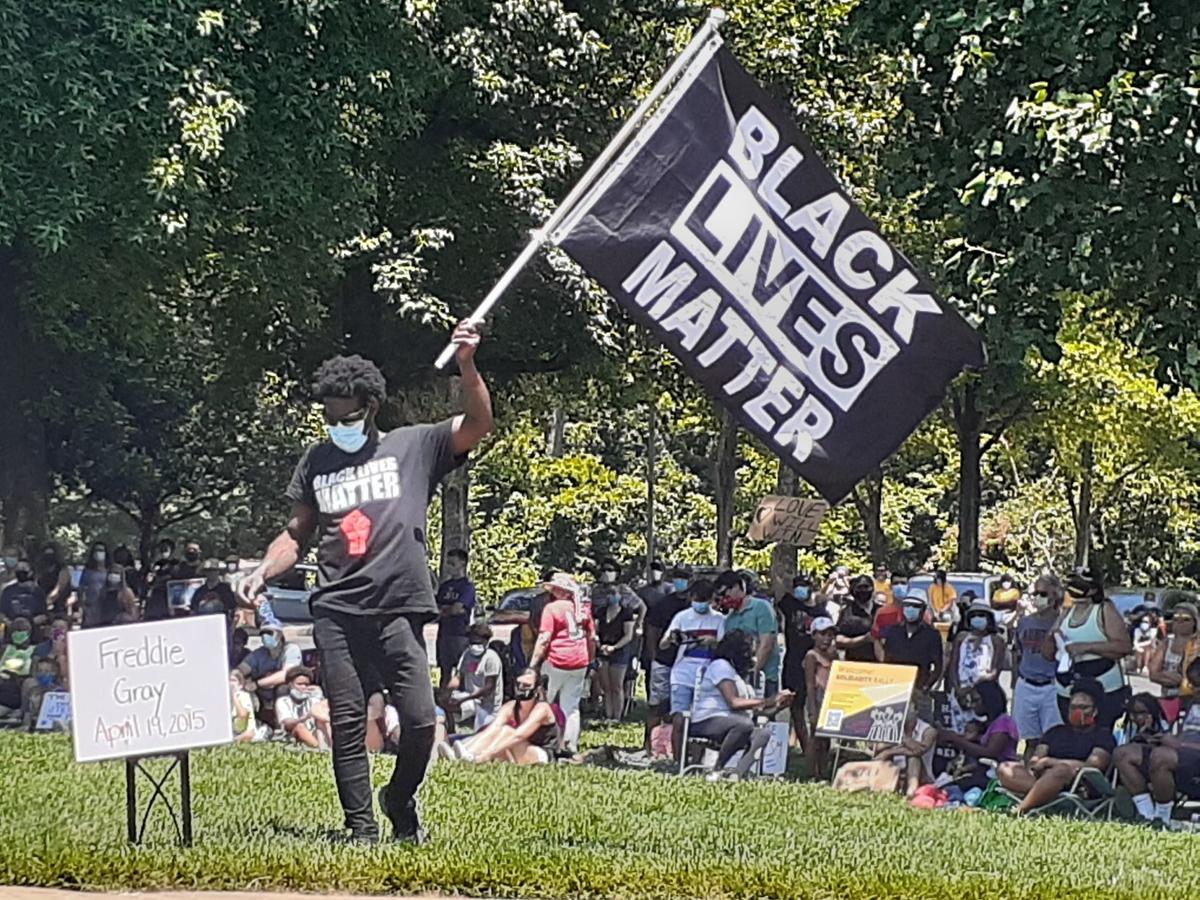 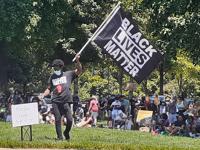 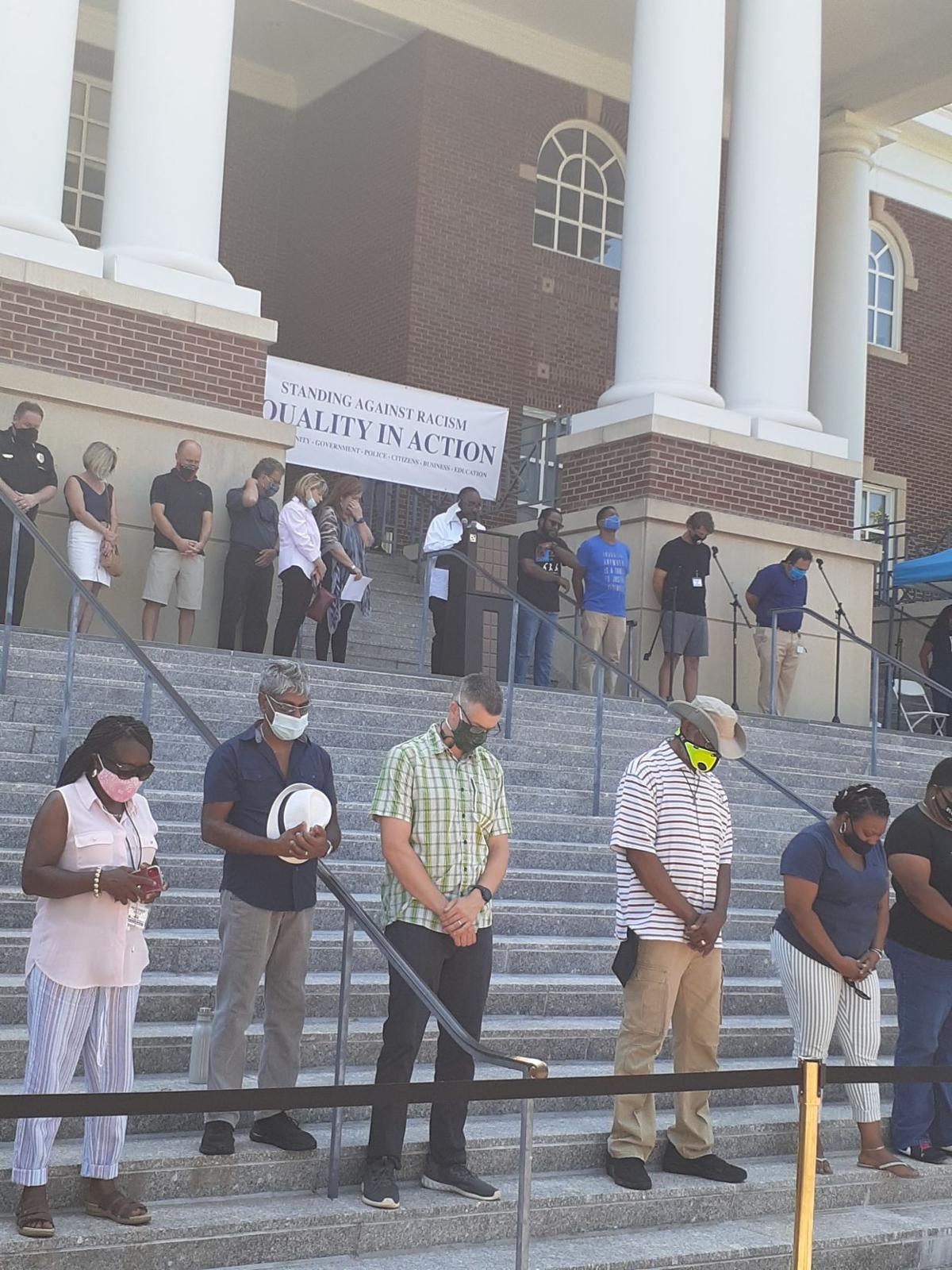 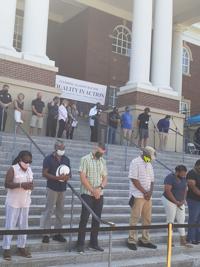 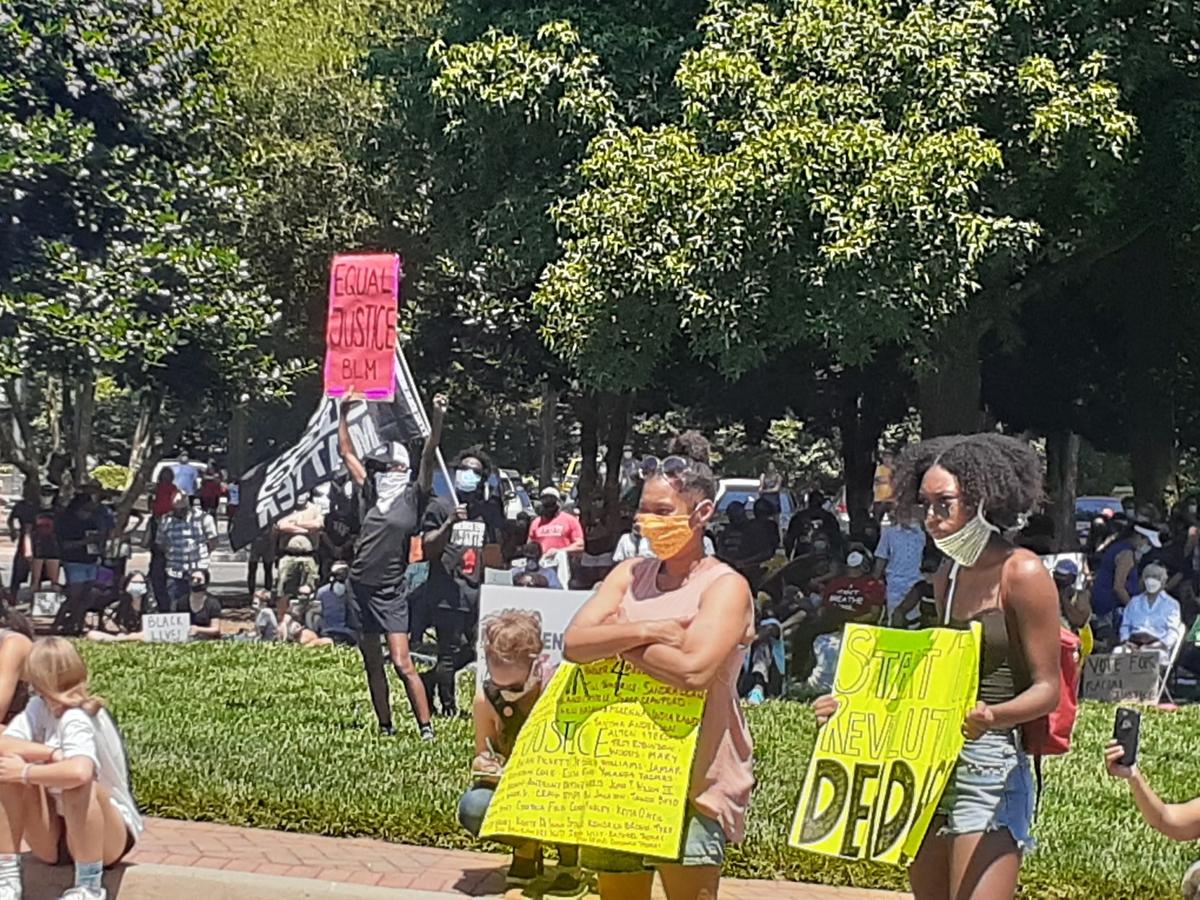 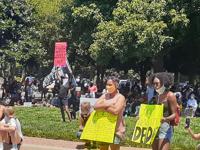 Dozens of locals attend the June 20 Solidarity Rally against racism at City Hall. 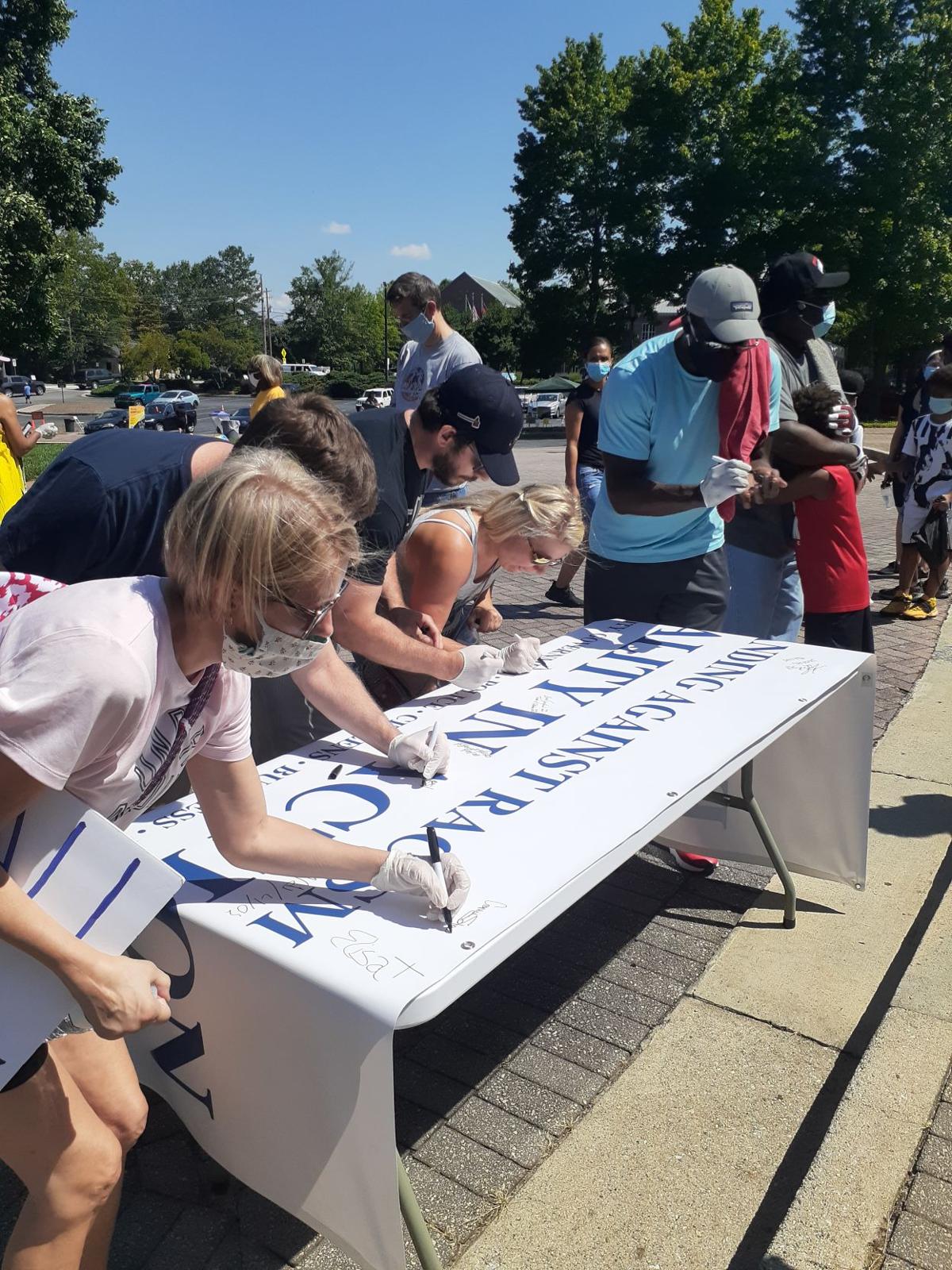 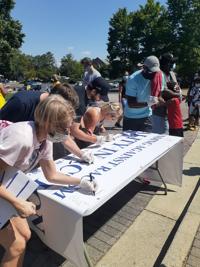 Local residents sign a banner June 20 as part of a pledge to stand against racism.

Dozens of locals attend the June 20 Solidarity Rally against racism at City Hall.

Local residents sign a banner June 20 as part of a pledge to stand against racism.

ROSWELL, Ga. — Roswell is taking action to address racial inequity in its government, according to Mayor Lori Henry.

Henry, along with Pleasant Hill Church Pastor Sabin Strickland, partnered June 20 to host a Solidarity Rally in front of City Hall. Dozens of residents attended the peaceful protest against racism and police brutality.

The gathering is the latest in some 14 peaceful protests the city has seen since the death of George Floyd in Minneapolis on May 26, Police Chief James Conroy said.

During her speech, Henry said it is now paramount that Roswell acknowledges its past with slavery and the historical role of government in maintaining racial inequity. She added that local cities must begin intentionally dismantling any vestiges of racism present in their systems.

“As a local government, we are uniquely situated to examine policies and press for legislative change,” Henry said. “We have all the people, the resources and ideas we need to be a city of inclusion and equality. I don’t want any mother in Roswell to fear allowing her teenager to drive a car, go on a run or walk down a public street.”

She vowed that in the coming days, Roswell will take several steps to create change. The most immediate action was passage of a resolution to condemn racism at the June 22 City Council meeting.

Roswell will also form a mayor’s task force to continue the conversation about racial injustices and to identify areas in need of change. Henry said the task force will be made up of local African-American leaders, key community stakeholders and city leaders.

Henry and other speakers also encouraged everyone to vote and participate in the census.

Strickland, who has spoken at similar gatherings in the past, emphasized the need for solidary as a powerful force of community to enact change.

“Solidarity requires effort to secure and to obtain,” he said. “Solidarity doesn’t just happen. It is marked by intentionality… When it is real, when it is right, when it is true, solidarity exposes the absurdity of inequity, inequality, injustice…

“We can’t go it alone. We won’t be successful on our own.”

The City of Roswell posted a video of the rally and the speakers on its Facebook page at facebook.com/CityofRoswellGA.

Fulton chairman urges use of facemasks