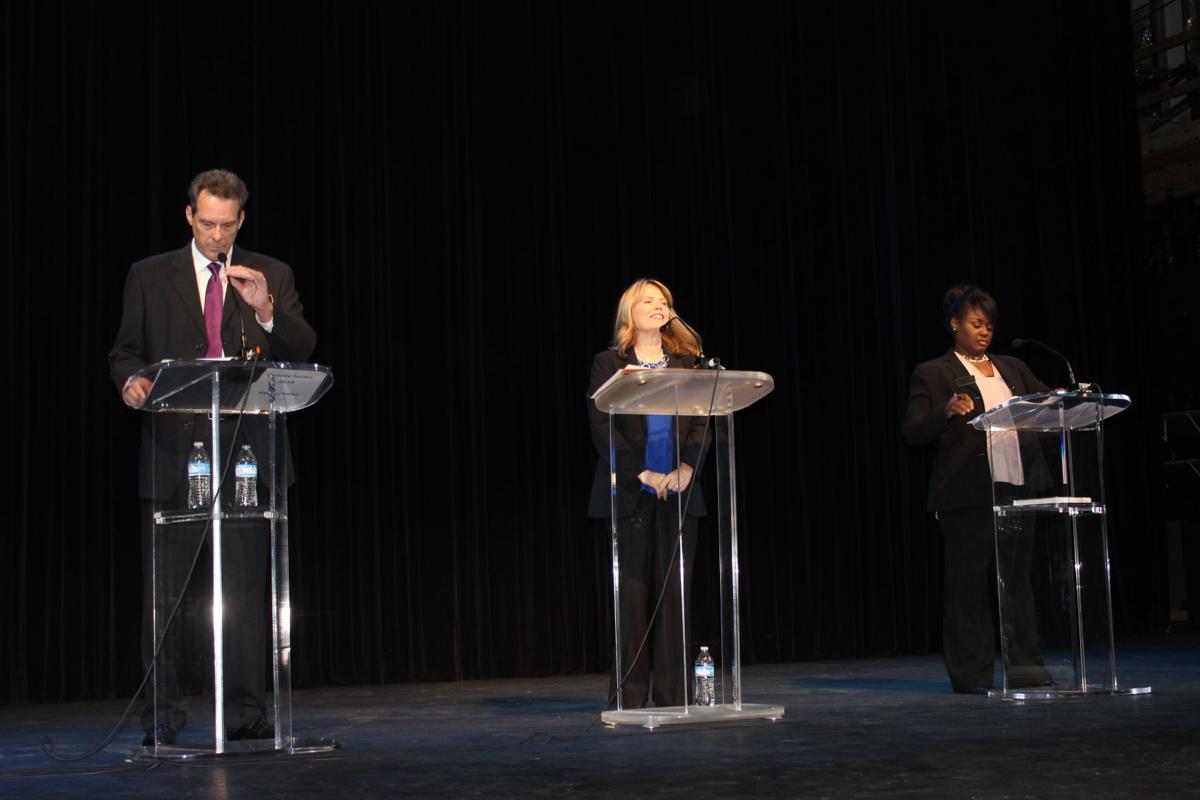 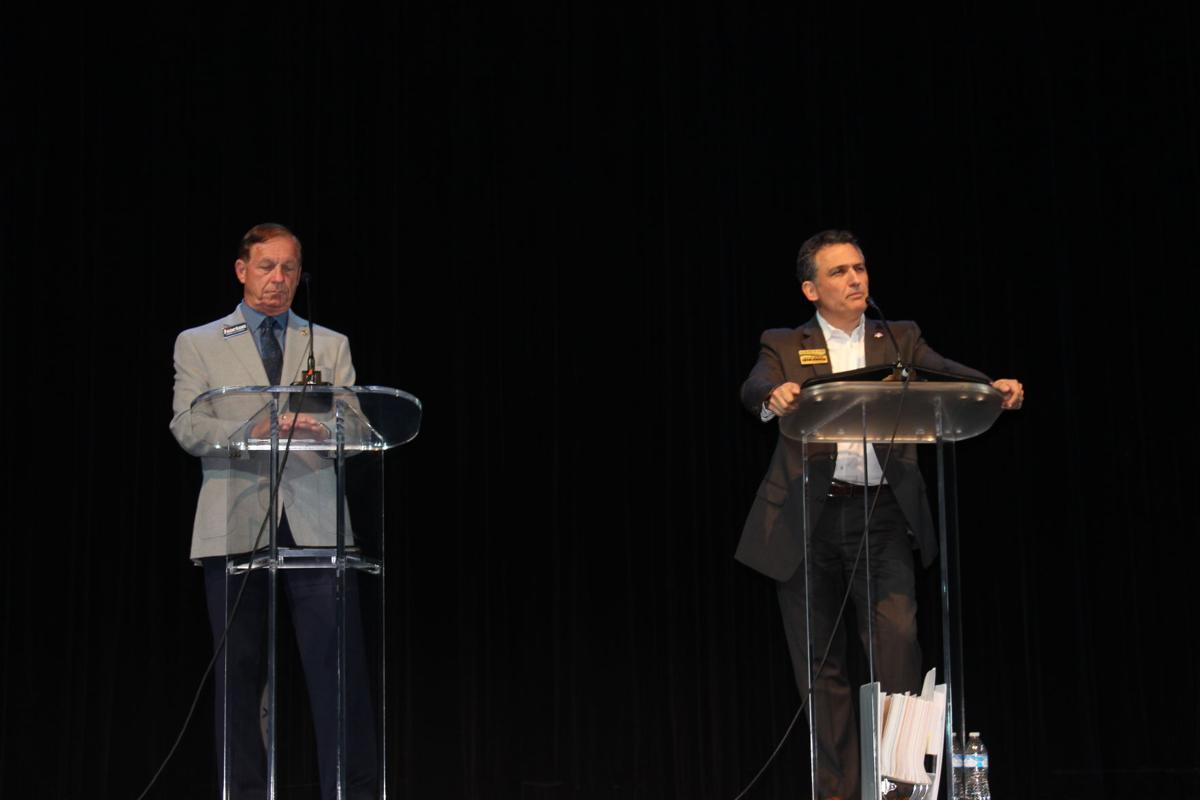 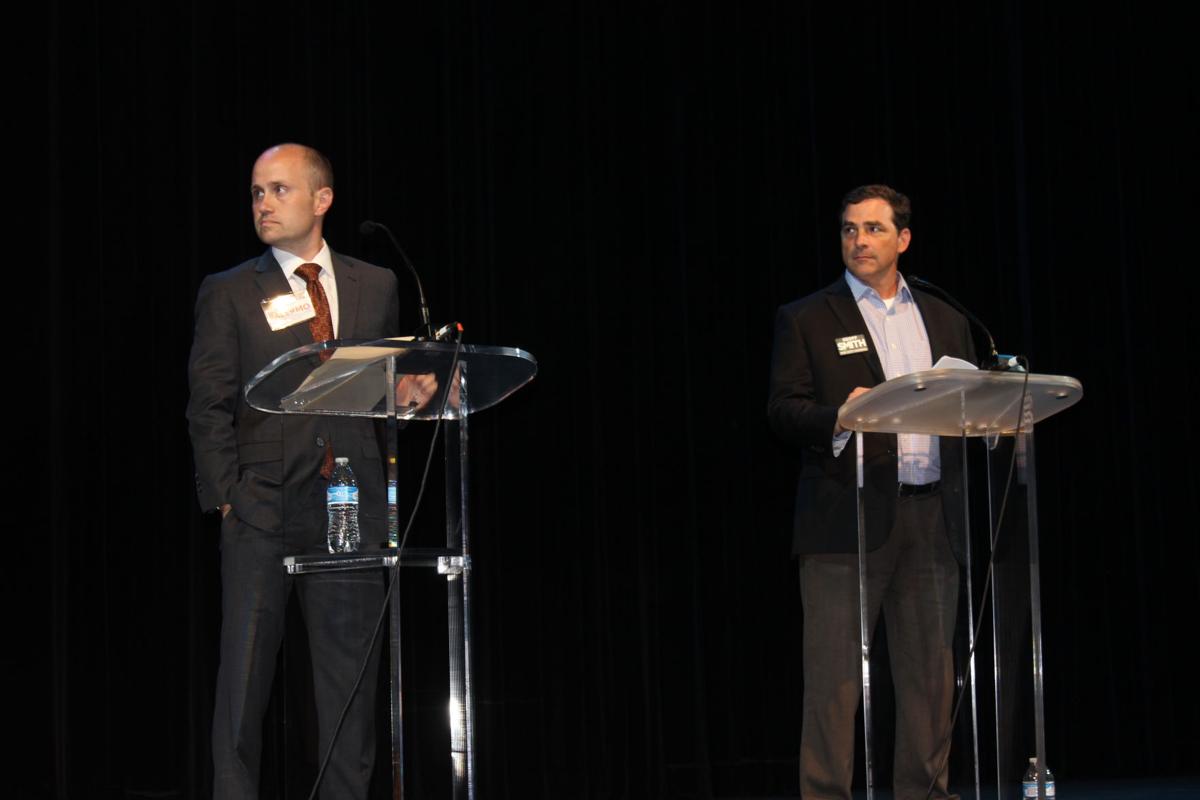 The format allowed each series of candidates to respond to specific questions garnered from community groups. Each of the three posts up for election this November is contested, and candidates used the forum to distinguish themselves from their challengers.

Nowhere was that more evident than in the Post 2 race, where incumbent Michael Palermo and challenger Geoff Smith traded barbs over development.

The exchange began innocently enough when Smith raised the point that for Roswell to improve its infrastructure, it will need to raise its tax base. Right now, he said, most property tax revenues are borne by homeowners, and the city needs to do more to increase its commercial tax base.

Smith recommended creating a community improvement district — a group of commercial property owners who tax themselves to pay for improvements — as a means of generating revenue for infrastructure upgrades.

Palermo used the discussion to tout his perennial fight against high-density residential developments, and he accused Smith of having the backing of those on the current council that make concessions to developers who cram housing into commercial projects. He also tied Smith to previous councilmembers who approved plans for the Vickers development on Ga. 9 to have buildings right near the sidewalk.

Smith called Palermo’s charge “silly,” and stated that he wrote in his newsletter that the Vickers development did not match anything on Canton Street.

Candidates for the other two council seats were a little less confrontational.

Post 1 candidates addressed a question relating to use of the city’s various historic buildings and sites.

Incumbent Marcelo Zapata said Roswell’s identity includes history and nature, and both elements contribute to the city’s image. The city, he said, needs to be more creative in its use of the historic homes it owns.

In addition, Zapata said Roswell needs to make use of the historic value of its cemeteries.

“This is another historic asset that needs to be taken into consideration,” he said.

“I really think it’s vitally important that our historic assets are under the umbrella of its own department… with its own staff,” Horton said. He said some of the city-owned historic homes could be better managed and utilized for public use with a full-time staff.

He said the recently acquired Mimosa Hall could become a money generator through its use as a meeting site and event center for specific occasions and small concerts.

Three of the four candidates running for Post 3 were on hand for the forum. Candidate Lisa Holland was not in attendance.

Among the topics they addressed was affordable housing for the young and for the workforce.

Candidate Christine Hall said the Roswell Housing Authority does a good job providing for low-income residents. But in order to attract young couples, maintain affordability for seniors and sustain a strong workforce, the city must do more, she said.

One measure, she said, would be to allow for cottage court residential in certain areas. These courts support up to nine homes per acre and could provide a foothold for first-time homebuyers. Another creative consideration would be to allow manufactured housing in certain areas as well. Manufactured housing, Hall said, has improved remarkably in quality over recent years and would help add to affordable housing options.

Candidate Kay Howell said she paid $108,000 for a home when she first moved to Roswell, but housing today remains out of reach for some.

The city could promote use of its blighted residential and underdeveloped areas to address the situation, Howell said. Existing homes in disrepair could be renovated and upgraded, which would not only produce lower-cost housing but would also generate jobs.

“I think that would be the ideal thing to do for Gen. X, for Gen. Y, for people that are on fixed income,” she said. “I think that’s where we need to start.”